Inmates In California Are Fighting Wildfires For $1 Per Hour

In a 24-hour window, inmates won't earn more than $26 for an entire day's work and are likely not to become firefighters after their release. 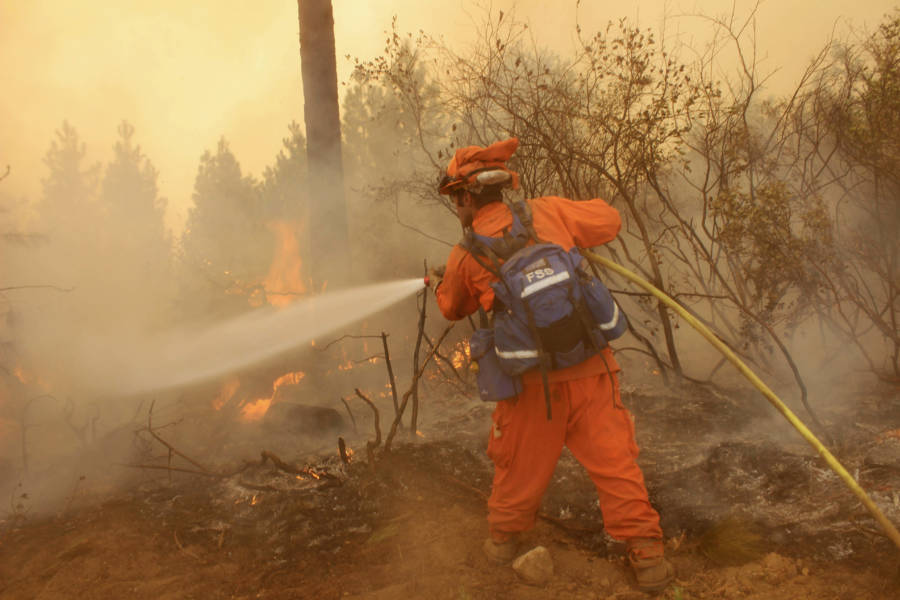 California has had to face its fair share of devastating wildfires lately. While local fire departments risk their lives in an effort to protect their communities, another overlooked group of brave individuals is working alongside them: state prison inmates.

The California Department of Corrections and Rehabilitation (CDCR) runs a program where inmates can volunteer to fight active wildfires. But compensation is minuscule, and the process in many ways appears to be somewhat exploitative of the inmates.

Inmates are paid $2 per day and $1 per hour for fighting fires alongside full-fledged firemen. Hypothetically speaking, if an inmate were to volunteer and fight a fire for an entire day, that inmate would not and cannot earn more than $26 over the course of 24 hours.

To put these figures into perspective, California firefighters reportedly earned an average annual salary of $73,860 in May 2017, and an average hourly wage of $35.51.

In addition to the $1 and $2 wages, the inmates have the opportunity to earn time off their sentences. Compared to the hourly wages that inmates earn working other jobs, this volunteer firefighter wage doesn’t seem like such a bad deal. 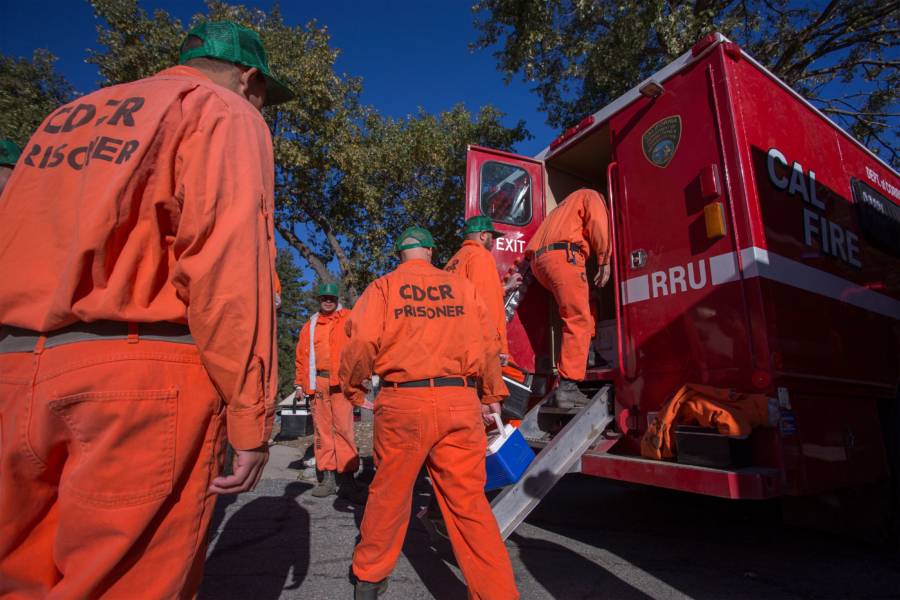 But securing one of these positions as a volunteer inmate is difficult.

“Each volunteer inmate is evaluated individually to ensure that all those selected for the camp program are willing to be team members with nonviolent behavior, even if their original conviction was for a violent crime,” CDCR representative Vicky Waters reported.

Volunteers are also required to have “minimum custody” status and won’t be admitted into the program if they’ve been convicted of arson, rape or sex offenses, nor if they have any active warrants or medical issues.

The inmates that are chosen to volunteer live in “conservation camps” and perform physical labor intended to cull the fire, such as cutting down brush and creating containment lines.

The first inmate firefighting program in California was established in 1945, and today approximately 3,400 inmates are volunteer firefighters. The CDCR, the California Department of Forestry and Fire Protection (CAL FIRE), and the Los Angeles County Fire Department jointly operate 43 adult conservation camps in 27 counties throughout the state.

These volunteer inmate firefighters make up nearly 40 percent of California’s firefighters and save the state approximately $100 million per year.

Once accepted, the inmates are subject to one week of classroom sessions and one week of field training with CAL FIRE, which means that they are getting a certain degree of professional training — which one would hope they could use to their advantage once out of custody. 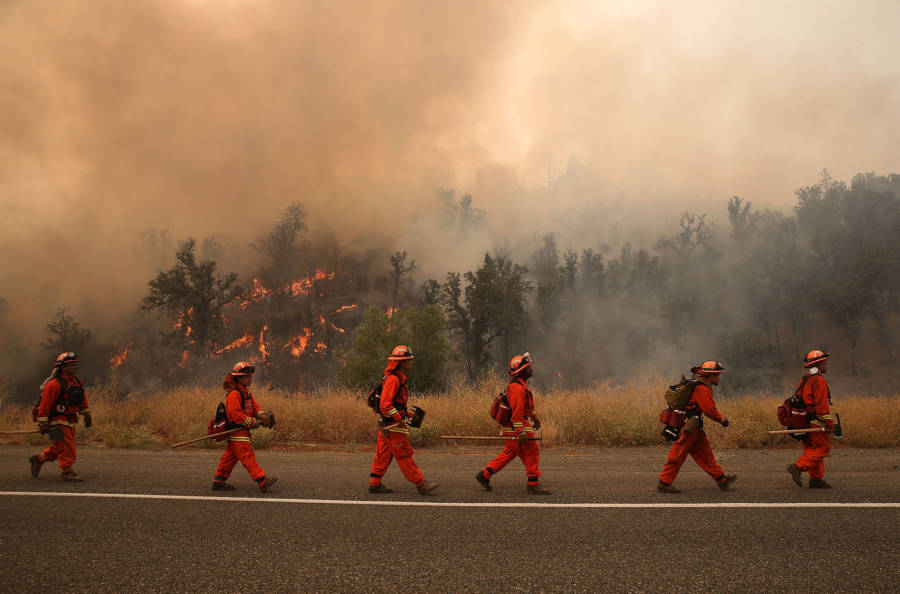 Unfortunately, this is not the case. Aside from the pay disparity these inmates experience as a part of the volunteer firefighting program, a more concerning detail is that once these inmates are released from prison they will likely never be able to become official firefighters — despite having received training and practice from professionals in the field.

Although a Firefighter Training and Certification Program was approved for inmates at the Ventura Conservation Camp, state law will likely prevent any of these former prisoners from becoming a firefighter with CAL FIRE.

Firefighters in California are required to be licensed as emergency medical technicians (EMTs) but state law allows licensing boards to block anyone with a criminal record from getting an EMT license.

So even after these inmates have paid their debt to society and risked their lives fighting a natural disaster, they are still prevented from using these skills to integrate back into and benefit society.

Next, take a took at these 21 gut-wrenching photos of California wildfires. Then, read about the conditions that inmates face at the 5 worst prisons on Earth.