Though tens of thousands of people were crucified, just four skeletons have been found with physical evidence of crucifixion. 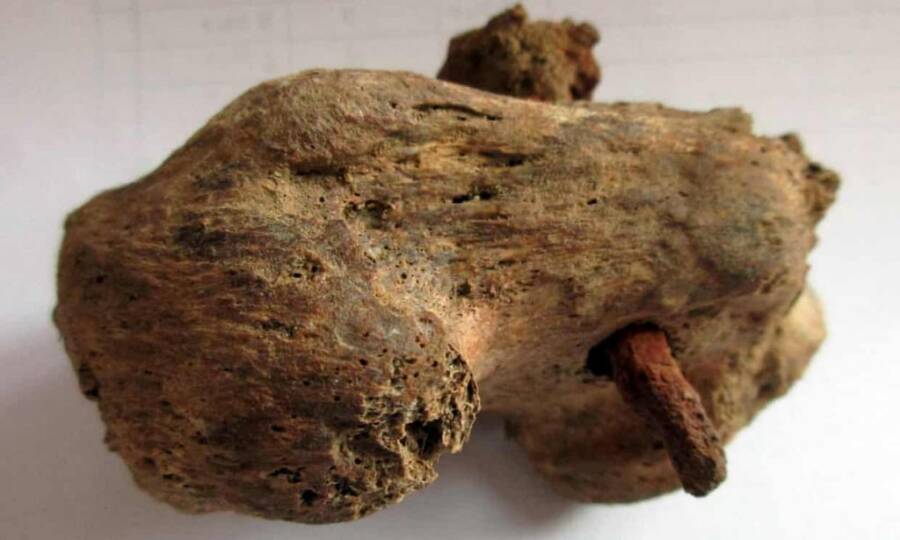 Adam Williams, courtesy of Albion ArchaeologyThe skeleton has a nail in its heel, the best physical evidence of Roman crucifixion found to date.

At first, the skeleton didn’t look like much. Almost 2,000 years old and caked with mud, it struck archeologists as just one of many remains found in a cluster of Roman cemeteries. But closer examination revealed an iron nail in its right heel — sure evidence of crucifixion.

“You just don’t find this. We have written evidence, but we almost never find physical evidence.”

Archeologists first came across the remains in 2017. While excavating land in preparations for a Cambridgeshire housing development, they found five cemeteries dating back to the 3rd or 4th century.

There, they dutifully excavated the skeleton and recorded the find. But no one noticed the nail embedded in its heel until the bones were cleaned at a nearby laboratory. Then, archeologists realized that they’d found rare, physical evidence of a Roman-era crucifixion.

The nail in the skeleton’s heel, archeologists theorized, was to “stop him wriggling.” 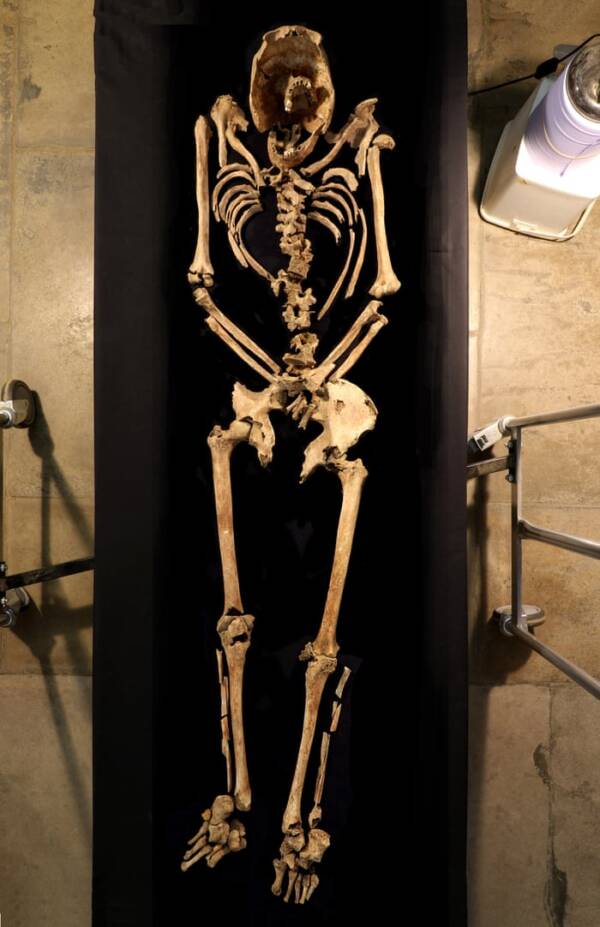 Adam Williams, courtesy of Albion ArchaeologyArcheologists didn’t realize the significance of this skeleton until they’d cleaned its bones.

According to archeologists, the skeleton belonged to a man who was between 25 and 35 years old when he died around 1,661 and 1,891 years ago. Injuries on his body, and inflammation on his legs, suggest that he was either a slave or a prisoner who spent time in shackles.

His death by crucifixion, explained Corinne Duhig, a University of Cambridge archeologist and bone specialist, shows “that the inhabitants of even this small settlement at the edge of empire could not avoid Rome’s most barbaric punishment.”

She mused that the man may have been a slave who “committed some crime or misdemeanor” or an ordinary citizen who “committed a severe crime.” Maybe, she said, he “got on the wrong side of the bosses or middlemen and was given a terrible punishment to warn others to behave.”

His death probably took between four to six days and was likely observed by Roman guards. Researchers estimate that between 100,000 to 150,000 people died by crucifixion before the practice was banned in 337 AD — but physical evidence of crucifixion is rare.

That’s because most people were affixed to crosses with ropes, not nails. And if someone was nailed to a cross, then Roman authorities often retrieved the nails after they’d died. In this case, it appears the nail bent and got stuck in the bone.

What’s more, crucifixion victims were rarely afforded a burial. Roman authorities preserved this brutal punishment for enslaved people, lower classes, or perceived enemies of the state. But this skeleton was found in a cemetery with his arms across his chest.

This, and the nail stuck in his heel, helped preserve evidence of his gruesome final moments. 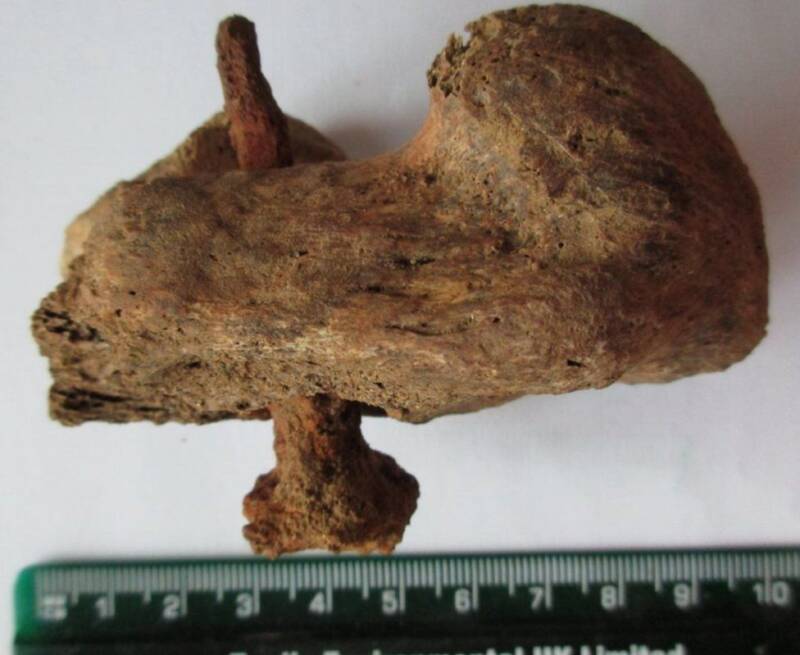 Albion Archeology Another angle of the nail, which appears to have gotten stuck in the bone.

That skeleton, like the one found in Cambridgeshire, had a nail impaled in its heel bone. But since the body was not intact, some don’t see it as strong physical evidence that a crucifixion took place.

As such, the skeleton found in Cambridgeshire offers a rare, grisly look at capital punishment in the Roman Empire. To share this unique find, researchers hope to make a 3D replica of the bone to display at the Museum of Archaeology and Anthropology in Cambridge.