The two nails are believed to be from the tomb of the high priest who handed Jesus over to Pontius Pilate. 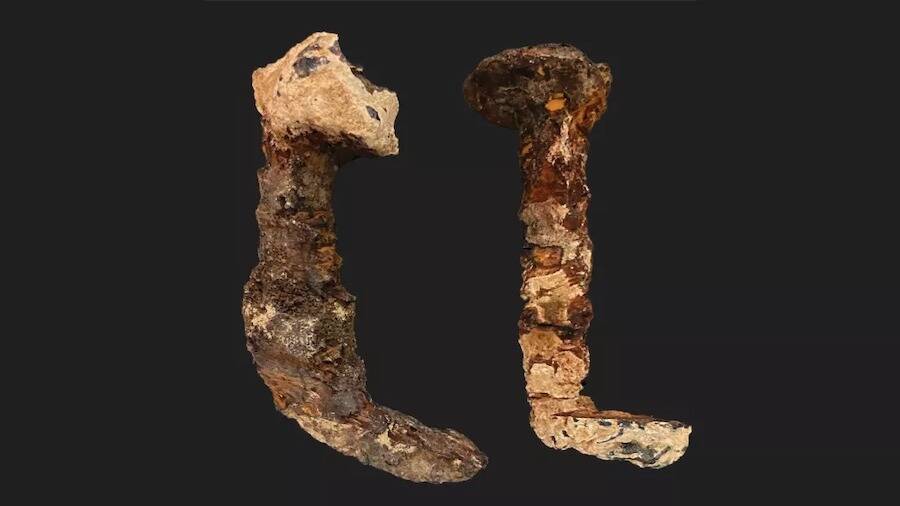 Israel HershkovitzThe two ancient and corroded nails came from an unmarked box delivered to Tel Aviv University. The new study suggests they came from the tomb of the Jewish high priest Caiaphas.

In 1990, excavations of the tomb of high priest Caiaphas, who plotted the killing of Jesus, yielded a stunning find: two Roman-era iron nails. They mysteriously disappeared until filmmaker Simcha Jacobovici rediscovered them in 2011. Now, a new study confirms that they were used in a crucifixion.

According to The New York Post, scholars initially dismissed the idea that these corroded nail fragments were the same ones discovered in Caiaphas’ tomb. But last week’s study, published in the Archaeological Discovery journal by retired Jerusalem geologist Aryeh Shimron, is forcing some to reconsider.

“Within the rust and sediment attached to the nails, we have also identified and photographed a number of microscopic fragments of bone,” said Shimron. “I believe that the scientific evidence that the nails were used to crucify somebody is indeed powerful.”

Caiaphas purportedly handed Jesus over to the Romans for his execution in 33 A.D. According to LiveScience, the nails were originally found inside of an ornate ossuary within his tomb. But how did they go missing, and why are certain scholars still skeptical? Let’s take a look at the big picture. 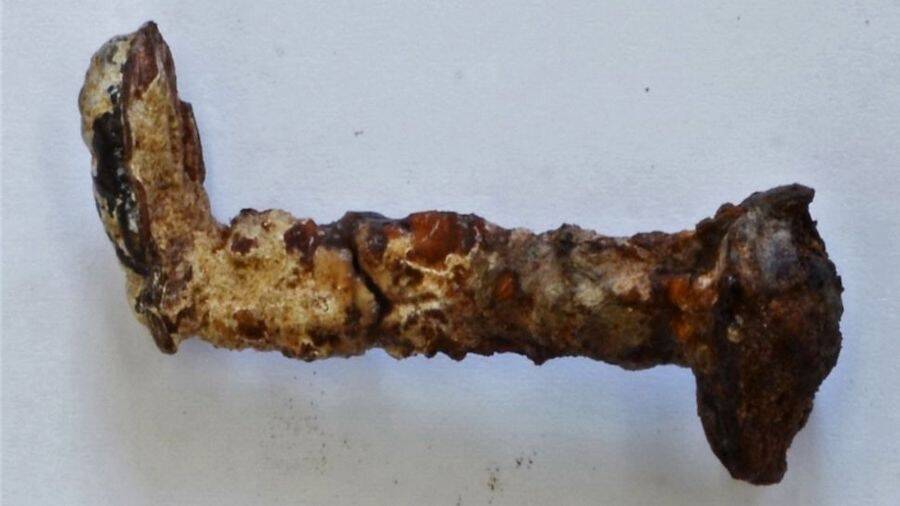 Aryeh ShimronThe nails are long enough to have been driven through a person’s palms — and the fact that they are bent upward is consistent with crucifixion.

The Caiaphas tomb was found in 1990 when workers widening a residential road in Jerusalem stumbled upon it. It contained a dozen ossuaries, one which was marked with “Qayafa,” and another marked with “Yehosef Bar Qayafa” (or “Joseph son of Caiaphas”) in Aramaic. Two nails were found in an ossuary in the tomb, but were soon misplaced.

Most scholars accept the tomb was used to bury the high priest and his family. Furthermore, both Flavius Josephus’ first-century history of the Jews and the Christian New Testament confirmed that it was Caiaphas who handed Jesus over to Pontius Pilate. Jesus was crucified on April 3, 33 A.D.

They were reportedly sent to him by someone in charge of the collection of Israeli anthropologist Nicu Haas — who died in 1986. Haas, in turn, is said to have found them in the 1970s while excavating a certain tomb. The Israel Antiquities Authority (IAA), however, never confirmed which tomb that was.

The nails sent to Hershkovitz were first linked to Jesus’ crucifixion in Jacobovici’s 2011 documentary called The Nails of the Cross, made after the filmmaker came across the nails in the Tel Aviv University’s collection. 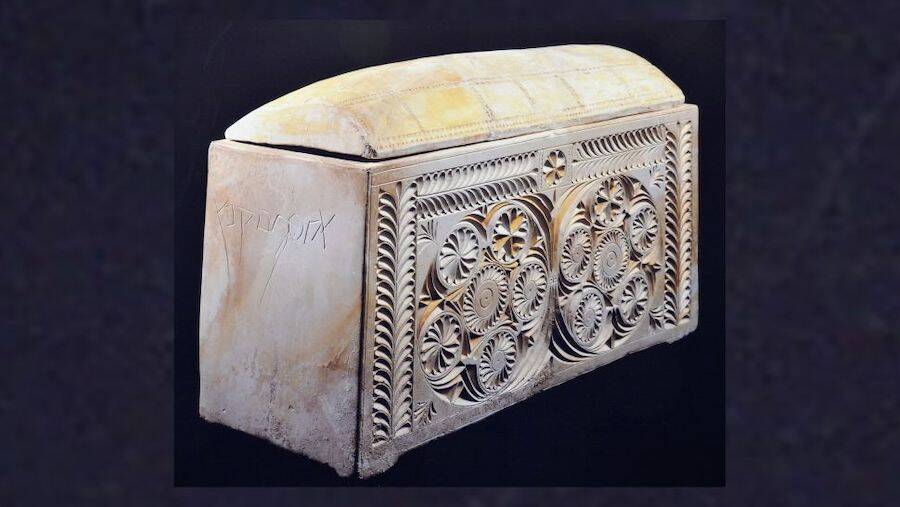 Aryeh ShimronOne of the nails was purportedly found in one of the 12 ossuaries within Caiaphas’ tomb, while the other was found on the ground nearby.

Thanks to the rather murky provenance of the nails, a group of unnamed scholars purportedly well versed in the matter have called Jacobovici’s research speculative, to say the least. For Shimron, however, the two ancient nails are undoubtedly from the 1st century A.D. and were most likely used in a crucifixion.

“I certainly do not want to say that these nails are from the crucifixion of Jesus of Nazareth,” said Shimron. “But are they nails from a crucifixion? Very likely, yes.”

Shimron and his peers compared samples from the two nails with sediments from the Caiaphas tomb ossuaries. They matched both physical and chemical signatures of the nails and ossuaries. The nails even had traces of a fungus so far only found in the tomb of Caiaphas.

Furthermore, both carbon and oxygen isotopes from the samples suggested the nails were kept in a humid environment. They also had substantial “flowstone deposits” — which are layers of calcite carbonate from flowing water — consistent with Caiaphas’ tomb’s location near an ancient aqueduct.

“I think the nails came from that tomb,” said Shimron. 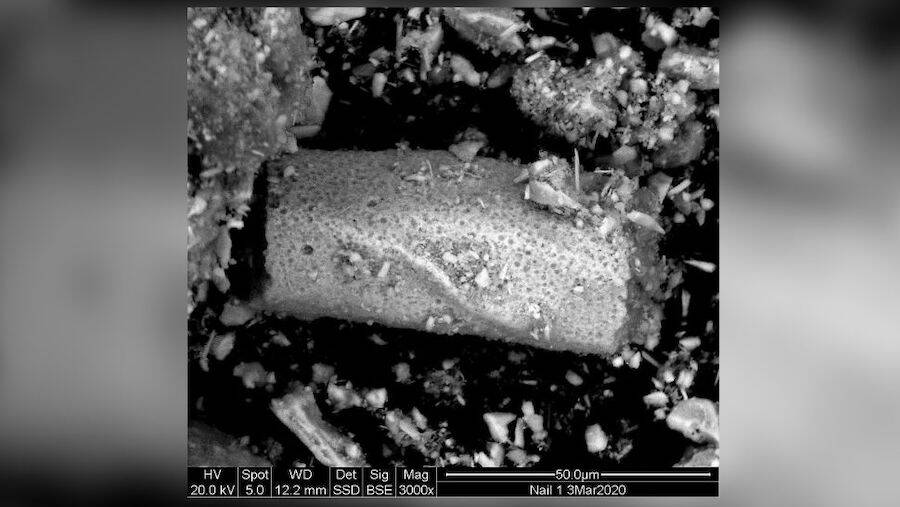 As it stands, the IAA confirmed their records showed that two iron nails were indeed found in the Caiaphas tomb. One was inside an ossuary, and another on the ground. While the Tel Aviv University study suggested their nails were those from the tomb, the IAA has yet to confirm that.

Jacobovici’s documentary, meanwhile, proposed that Caiaphas kept the nails because they were thought to be magical. Ancient Jewish writings confirm this superstition. Since the high priest is only known for his role in Jesus’ crucifixion, it is possible that these two nails were indeed used on him.

Perhaps most convincing — besides two iron nails from the 1st century A.D. being found in the tomb of the man who purportedly handed Jesus over to the Romans — is that the two nails were bent upwards. This could suggest they once prevented someone from lifting their hands off a cross.

“There is a possibility,” said Hershkovitz, “and we have to keep an open mind for every possibility, as scientists.”

After learning about scientists finding nails that may have been used in the crucifixion of Jesus Christ, read about Jesus’ tomb being unsealed for the first time in centuries. Then, learn about Yeshua — the history and evolution of Jesus’ real name.