Landing in January 2019 as part of China's fourth-ever mission to the moon, the Yutu 2 rover just encountered a mysterious cube-shaped object in the moon's Von Kármán crater. 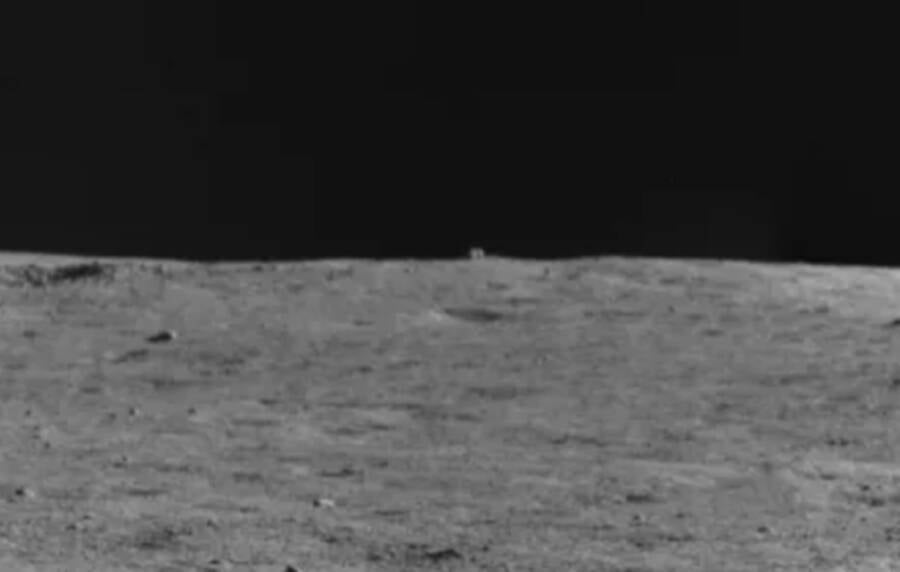 From naval expeditions to find new lands to our first foray into the cosmos, technology has been humanity’s only limit for exploration. And though America put a man on the lunar surface, China recently became the first nation to land a craft on the dark side of the moon — where it just discovered a “mystery hut.”

China’s solar-powered Yutu 2 rover photographed the cube-shaped object in October while exploring the Von Kármán crater. Landing atop the Chang’e 4 lunar lander in January 2019 as part of China’s fourth-ever mission to the moon, it has beamed back imagery ever since.

According to CBS News, China’s National Space Administration itself described the object as a “mystery hut” or “mystery house” when its “Our Space” outreach program announced the find on Dec. 3, 2021. While scientists don’t believe the object to have been made by extraterrestrials, they are having fun pondering the alternatives.

“Was it a home built by aliens after the crash landing?” Our Space joked in the announcement. “Or is it the pioneer spacecraft of the predecessors to explore the moon?” 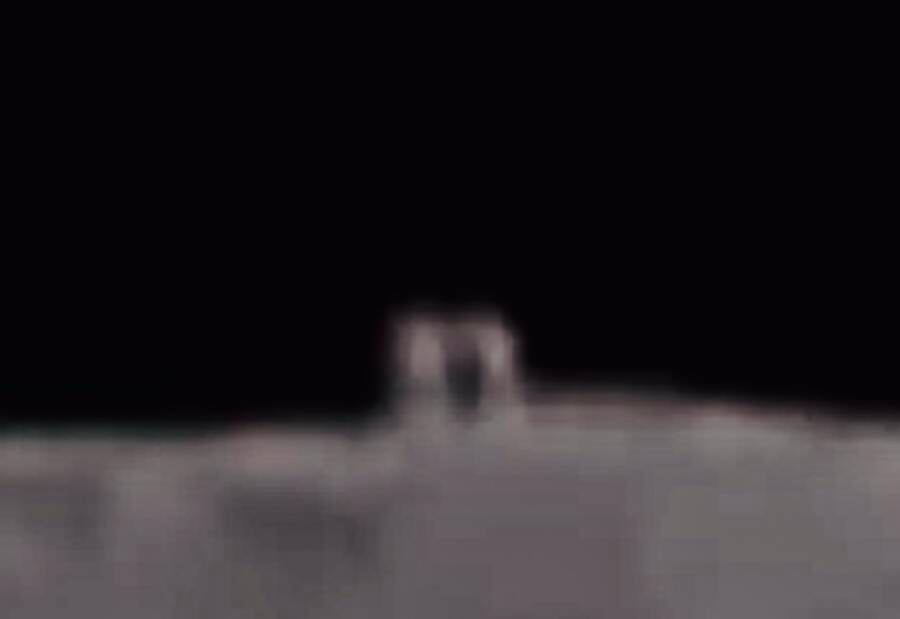 China National Space AdministrationUntil the rover reaches the structure two to three months from now, this blurry close-up is all we have.

According to Space, the rover began trekking northwest across the lunar surface to photograph and analyze its finds ever since deployment from Chang’e 4 three years ago.

Equipped with ground-penetrating radar sensors and panoramic cameras, the resourceful rover spotted the oddly-shaped irregularity 260 feet away on the 36th lunar day of its mission. In Earth days, the discovery was made on Oct. 29, 2021, with the contrast of an extremely uniform horizon and a definite structure sticking out of it leaving experts in awe.

Scientists have since redirected the rover towards the object to find out more. Yutu 2 will take two to three months to reach it, however, as the solar-powered craft shuts down when the sun is directly overhead to protect against overheating — and hibernates when there’s no light, at all. Meanwhile, the experts have weighed in. 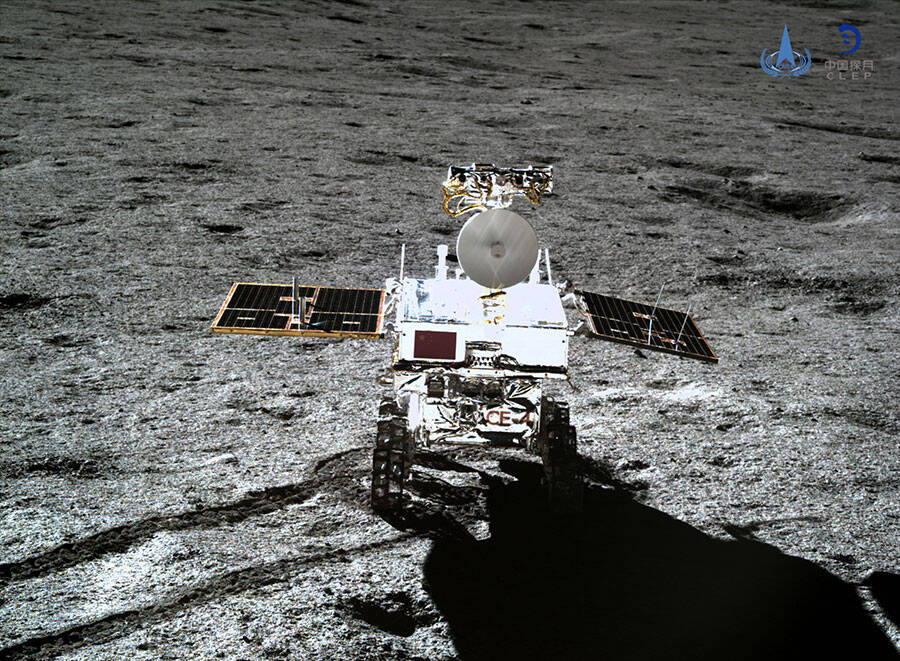 Rather than a warning sign left behind by an advanced civilization, it appears that the “mysterious hut” is likely an enormous boulder.

The structure is situated near a sizable crater, leading experts to believe that this protruding formation was lifted from beneath during a meteoric impact event. While no one will know for sure until Yutu 2 arrives to inspect the object in closer detail, the moon’s many mysteries are often solved with simple explanations.

After all, the Yutu 2 rover has already made some intriguing discoveries during its years-long inspection of the moon. In August 2019, for instance, it encountered a substance Chinese officials described as “gel-like.” It turned out to be glassy material created by an impact event. According to the Nature Astronomy journal, the substance emerged a little less than one million years ago when a meteorite crashed into the moon.

Then in February 2021, yet another peculiar discovery was made when Yutu 2 found a series of elongated rock shards described as “milestone” — yet again caused by an impact. 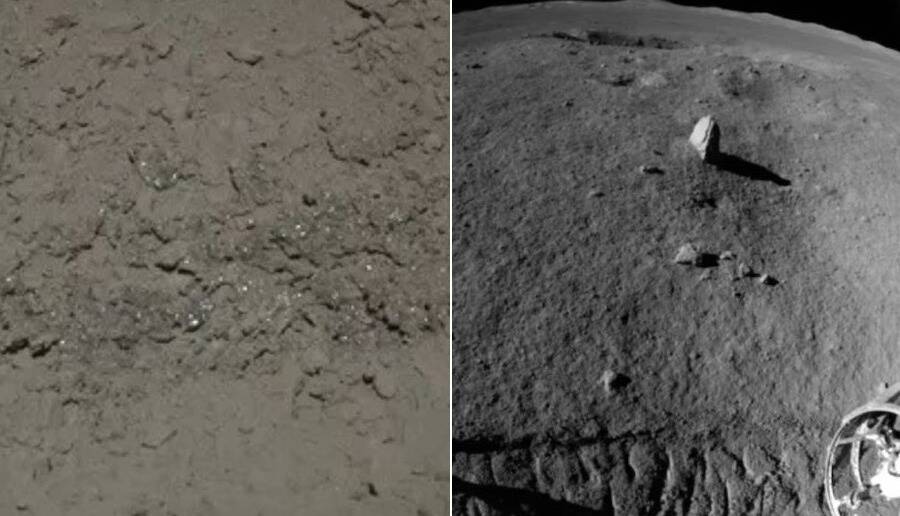 Ultimately, however, this is precisely what the rover is meant to do: find seeming anomalies and beam back evidence for scientists to analyze. Yutu 2 has already used its ground-penetrating radar to do so, collecting reflected magnetic waves from the moon to create informative data detailing the planet’s many layers.

The rover’s pair of cameras, meanwhile, has already captured a remarkable trove of pictures. Since the moon’s far side never faces Earth and was only first seen by human eyes when the Soviet Union’s Luna 3 spacecraft circled the moon in 1959, these new high-quality images keep scientists busy.

In the end, the Yutu 2 rover and Chang’e 4 lander have spent more than 1,000 Earth days on the dark side of the moon — surpassing the Soviet Union’s Lunokhod 1 rover record of 321 days. Currently in its 37th lunar day, the rover is expected to beam back close-up images of the “mysterious hut” at the turn of the year.

After reading about the Chinese lunar rover that discovered a “mysterious hut” on the moon, learn about the moon landing hoax conspiracy theory. Then, read about nine of the oldest structures in the world that are still standing.