In 1800, Gabriel Prosser recruited 2,000 people for Gabriel's Rebellion in Virginia, which was set to be the first large-scale slave revolt after the American Revolution. 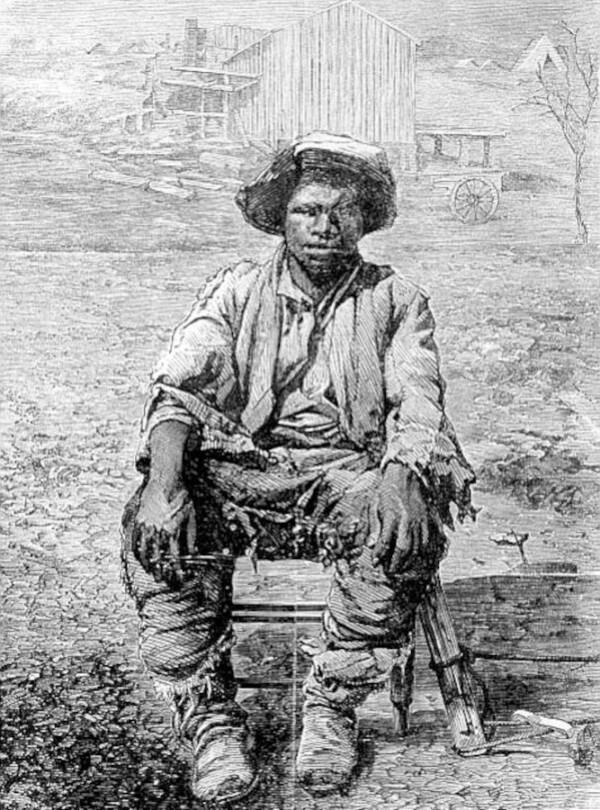 Gabriel Prosser was born into slavery in 1776, the same year the United States declared its independence from Britain. Raised on a plantation six miles north of Richmond, Virginia, Prosser grew up in bondage while white Virginians celebrated their liberty.

The irony was not lost on him. And after a petty argument with a neighbor led to his brutal punishment, he knew it was the last straw and decided to take matters into his own hands.

By his 24th birthday, Prosser had a detailed plan for a revolt known later as Gabriel’s Rebellion, in which hundreds of enslaved people from Norfolk to Charlottesville would rise up and declare their freedom too. And Prosser himself would lead a division of men to take the capital at Richmond.

Ultimately, his revolt failed before it even began due to a combination of betrayal and bad weather. But his efforts terrified slaveholders and provided a symbol for enslaved people throughout the young country. 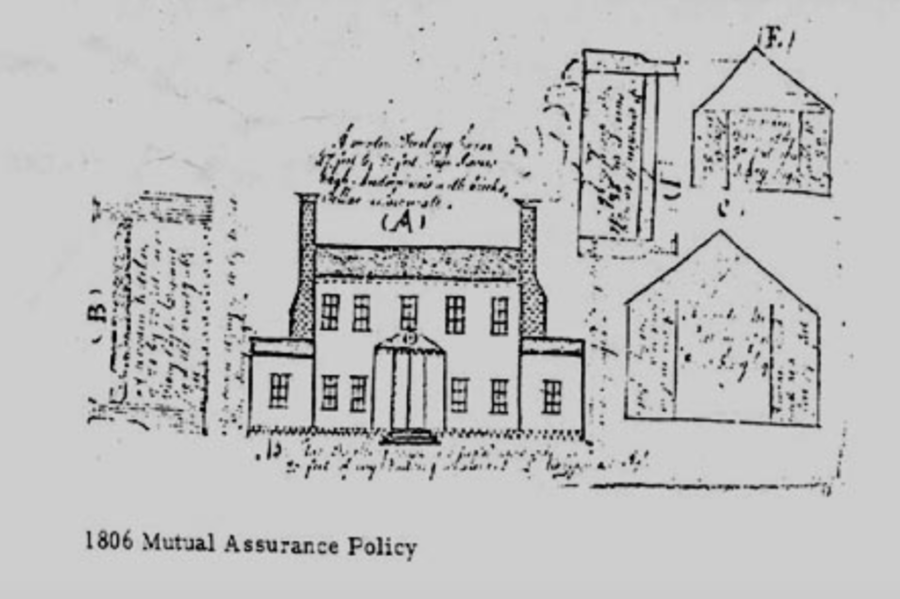 Chattel slavery was more than 150 years old by the time Gabriel was born, the third of three sons, on Thomas Prosser’s Brookfield plantation in Virginia’s Tidewater region in 1776. The midwife who delivered him prophesied that he would serve a great purpose in life, and his parents named him after the archangel who would herald the Second Coming.

At some point, Gabriel was taught to read, making him part of the mere five percent of the state’s enslaved population who could. Although this wouldn’t be illegal in Virginia until 1831, it was still taboo among white Virginians, who knew that an enslaved person who could read had access to news of the world and knowledge dangerous to their power.

From a young age, Prosser was trained as a blacksmith and carpenter, likely by his father. Enslaved artisans enjoyed greater liberties and opportunities than field workers since they would often be hired out to neighboring plantations and towns, as well as greater prestige among their peers.

Thomas Prosser had a reputation for lax discipline, and Gabriel grew up in relative safety with his parents and brothers Martin and Solomon. And as an adult, he cut a handsome figure.

Rising over six feet tall, he was described as having a “bony face, well made,” despite missing several teeth and “two or three scars on his head,” according to flyers advertising for his capture after his rebellion. One reporter said he looked like “a fellow of courage and intellect above his rank in life.” 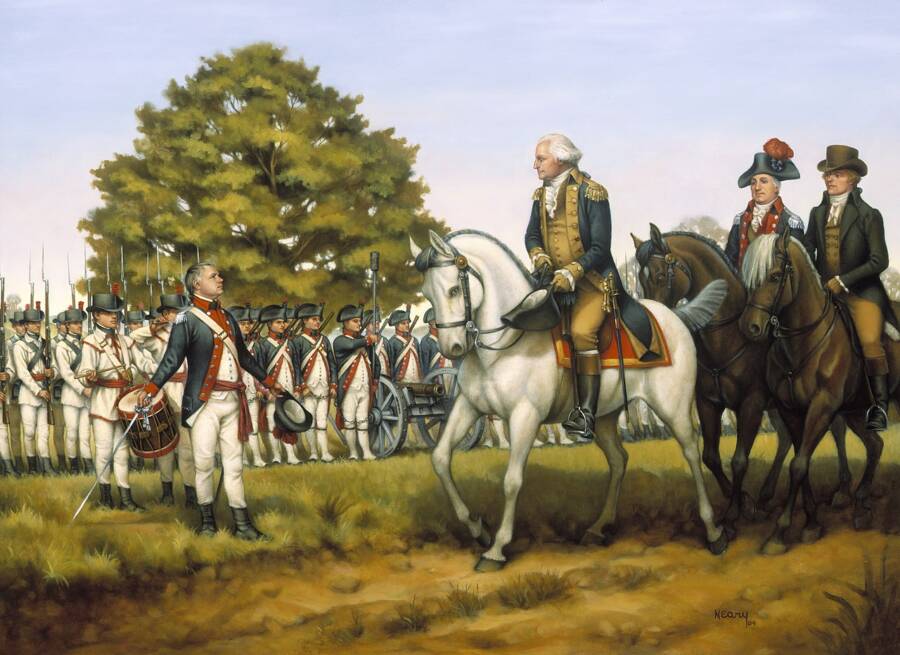 The National Guard/Wikimedia CommonsNearly a quarter of a century after their service in the War of Independence, Virginian militiamen would take part in the far less admired suppression of Gabriel’s rebellion.

In 1798, when Gabriel was 22, Thomas Prosser died and was succeeded by his son Thomas Henry, a man far more ambitious for wealth and prestige who was widely rumored at the time to have “behaved with great barbarity to his slaves.”

He also engaged in a common practice by hiring out his skilled slaves at auction. Skilled artisans were in high demand at all times, and Thomas Henry could increase his fortune by releasing Gabriel to work for much of the year to Richmond’s forges and foundries.

Most of the wages Gabriel made went into Thomas Henry’s pocket, but some of the money Gabriel could keep, and he may have hoped to save enough to buy freedom for himself and his young wife, Nanny.

Even with his earnings, Gabriel was not wealthy. Enslaved people often stole pigs from white farmers as an act of both defiance and desperation, as their meager rations often left them hungry. In September of 1799, Gabriel, his brother Solomon, and their friend Jupiter decided to feed themselves with a pig stolen from a new neighbor named Absalom Johnson, an overseer and farmer.

Johnson caught the three men and rebuked them, prompting Gabriel to attack him and bite off “part of his left Ear.” Attacking a white man was a capital crime at the time, and the three men were soon in court.

The judges told Gabriel that if he could recite a verse of the Bible, he would be “burnt in the left hand [by] the Jailor in Open Court” but released rather than being hanged. Ultimately, Thomas Henry paid his $1,000 bond and freed Gabriel by promising 12 months of good behavior.

The promise was broken within the year. 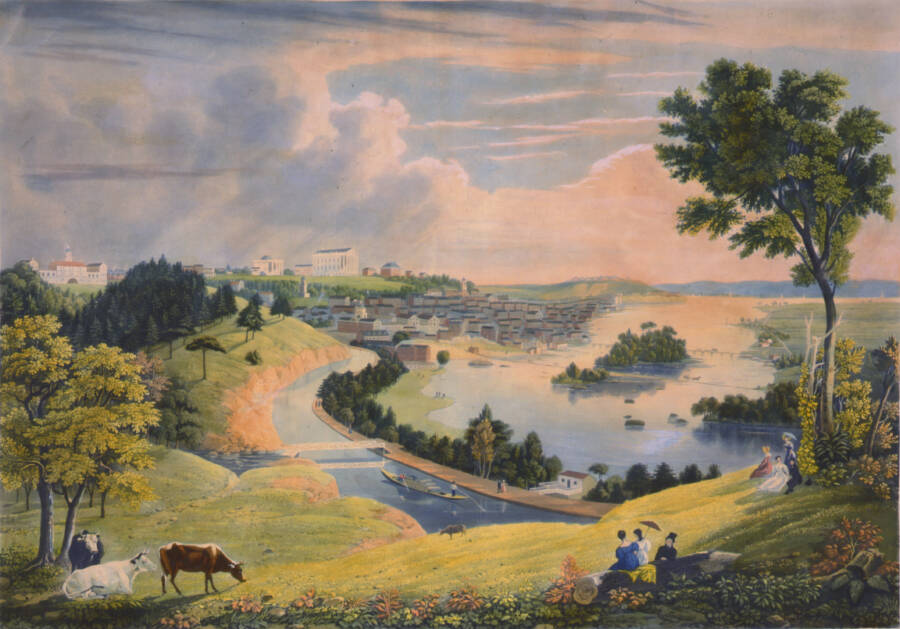 Public DomainAn engraving of Richmond, Virginia with the state capitol building in the background, c. 1830.

Between Johnson’s humiliations, Thomas Henry’s theft of his wages, and the pride he’d gained as a craftsman respected among white and Black workers alike, Gabriel Prosser found he could no longer stand his captivity.

He had also heard of the slave rebellion on St. Domingue, now Haiti, in which the enslaved population overthrew their French masters and declared independence. Prosser was inspired to do the same in Virginia. “We have as much right to fight for our liberty as any men,” he declared.

When the 1800 presidential election descended into political violence, Gabriel “expected the poor white people” and “most redoubtable democrats” to join him in arms and march on Richmond under a banner inscribed with Patrick Henry’s famous phrase “death or liberty.”

Throughout the spring and summer of 1800, Gabriel gathered a circle of conspirators who secretly spread the word to slave quarters throughout nearly two dozen counties in Virginia and North Carolina and secretly gathered guns and manufactured swords and pikes from scythes.

At Prosser’s signal, the rebels would gather at night, kill Absalom Johnson and Thomas Henry Prosser, and set out for Richmond. Gabriel promised his followers that they would have thousands of fighters by the time they reached the capital.

Three columns would advance on the city from Petersburg, Norfolk, and Henrico County and seize the muskets stored in the state armory. They hoped to decapitate the state government and secure guarantees of freedom and equality for every enslaved Virginian.

The only white Virginians they intended to spare were abolitionist Quakers, Methodists, and French nationals, groups who were active in the abolitionist movement. 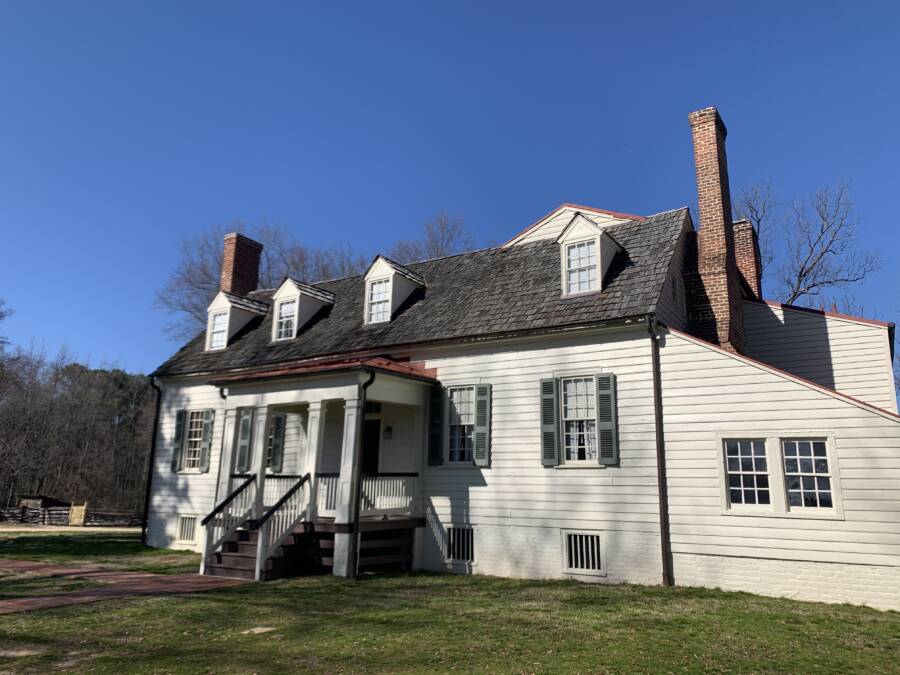 Wikimedia CommonsMeadow Farm, where an enslaved man informed his owner of Gabriel’s Rebellion the day it was supposed to take place.

By August 30, Gabriel Prosser was ready. By his estimation, he could already count on as many as 600 rebels, and his officers had gathered sufficient weapons. But the plan was drastically set back when a thunderstorm struck.

The rebels were forced to postpone their plan by 24 hours. Then, a latecomer to the rebellion named Pharaoh lost his nerve. Hoping for leniency, he revealed the plot to his owner at Meadow Farm, who promptly alerted the militia and sent word to Governor James Monroe in Richmond.

The carefully-laid plan was exposed, and the state of Virginia turned its full strength on crushing the rebellion in its infancy. Monroe called in the state militia to protect the capital and the armory. Gabriel’s Rebellion was dead on arrival.

Over the following weeks, more than 30 of Gabriel’s supporters were arrested and jailed, but he was still at large. He finally surfaced once more on September 14, when he swam out to the schooner Mary in the James River and asked for passage to Norfolk.

Although the captain, Richardson Taylor, seems to have attempted to carry Gabriel to freedom, an enslaved sailor hoping to buy his freedom with the $300 reward, sold the rebel leader out to the authorities when they pulled into port. 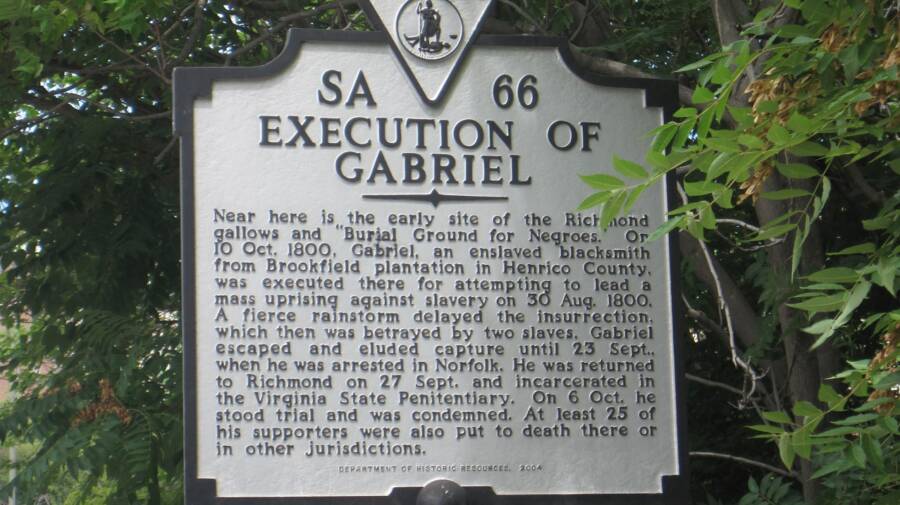 Twenty-six of the rebels would be hanged in the aftermath of the plot’s discovery. Gabriel was the last to be hanged when he was executed alone near the city’s slave jail in an area that is now a parking lot next to the interstate.

Gabriel’s Rebellion was the largest slave insurrection yet attempted in the Southern United States. Given his skill and intelligence, the determination of his followers, their secrecy, and the fact that Gabriel’s column had only six miles to march to reach Richmond, there is every likelihood that it could have succeeded.

And though we’ll never know what Virginia might have looked like had that thunderstorm not rolled in, Gabriel Prosser’s legacy far outlasted him.

Two years later, a man named Sancho, a participant in Gabriel’s revolt, would attempt to rebel again. And just eight days before Gabriel’s death, a boy named Nathaniel Turner had been born in Southampton County, Virginia. Nat Turner’s 1831 rebellion would become legendary among enslaved Americans and abolitionists, and place the savagery of the slaveholders on full display.

After reading about Gabriel Prosser’s daring rebellion, find out more about Juneteenth, the holiday commemorating Black Texans’ belated liberation from the remains of the Confederacy. Then, take a closer look at these fascinating images of life after emancipation.