The Inspiring Story Of Arthur Duncan, The First Black Regular On An American Variety Show

Tap dancer Arthur Duncan was first introduced to national audiences by Betty White in 1954 before making history as the first Black performer on The Lawrence Welk Show. 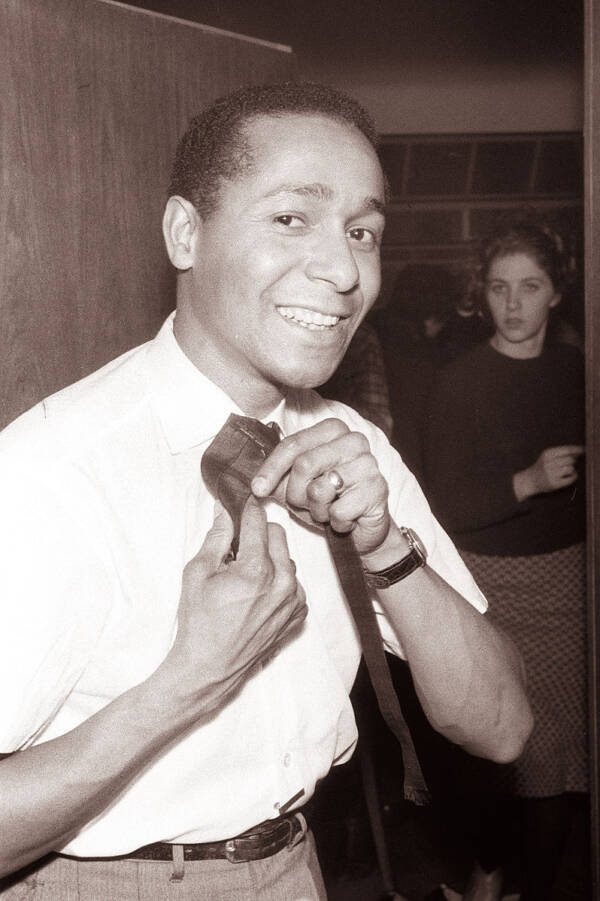 A tap dancer with remarkable skill, Arthur Duncan was the first African American to be hired as a series regular on the variety shows of early television. He entertained thousands of viewers each week with his performances and dazzled thousands more with his live performances. And he got his start in no small part thanks to Betty White.

In the 1950s, representation on television was still a controversial subject, and the gatekeepers of the industry weren’t even keen on having women run shows. So it was a minor coup when Betty White got her own show in 1954 with full creative control.

Not one to waste an opportunity, White immediately set about hiring Duncan to dance on The Betty White Show, which aired on NBC in Los Angeles. But even in California, Duncan’s regular presence on the show drew criticism. And it only escalated after NBC rolled out the show nationally, with Southern viewers threatening to boycott the network if White didn’t remove Duncan from the lineup.

Although NBC eventually canceled White’s show, Duncan had become a star. He soon moved on to The Lawrence Welk Show in 1964, where he was introduced every week until 1982 as “the man who’s keeping tap dancing alive.”

Born on Sept. 25, 1933, in Pasadena, California, Arthur Duncan gravitated to the life of a performer from a very young age. He was a 13-year-old student when he joined the dance quartet at McKinley Junior High School and began studying under renowned choreographer Nick Castle. 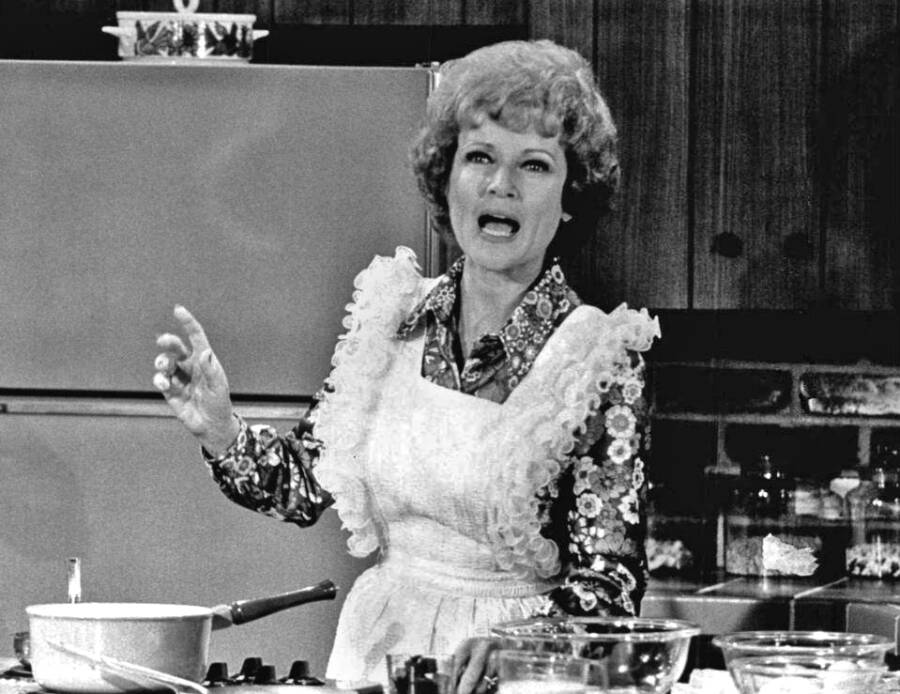 Wikimedia CommonsBetty White’s show was canceled the same year she invited Duncan on as a guest three times.

However, Duncan spent years presuming that his dream of becoming an artist was too far-fetched. So at age 18, he enrolled in Pasadena City College to study pharmacy. But the stage kept calling, and he eventually dropped out to pursue tap dancing full time.

Arthur Duncan performed wherever he could. And by his 21st birthday, he’d caught the eye of TV pioneer Betty White.

White had already spent years trying to break into film and TV and eventually managed to become a co-host of the Hollywood on Film talk show in 1949 — and left only to launch her own company. With newfound creative control, White created a sitcom that earned her a Best Actress Emmy nomination. It was the first award in an entirely new category.

With substantial clout, she developed her own variety show in 1954 and wasted no time giving talented performers a shot. And that included the young tap dancer Arthur Duncan, who would become the only Black man on the program.

“She just stood up for her beliefs,” said Duncan. “That solved everything at the time.”

Arthur Duncan’s tap-dancing skills were undeniable. As producer of her own show, White decided to give Duncan a national platform to share those skills with the rest of the country.

But his first performance was more than enough for Southern racists to threaten NBC with a boycott if he continued to be part of the lineup. But White didn’t capitulate, telling her critics, “I’m sorry, but he stays. Live with it.” Then, she gave Duncan even more airtime when he appeared on the show twice more.

“I was on the show, and they had some letters out of Mississippi and elsewhere that some of the stations would not carry the show if I was permitted to stay on there,” recalled Duncan.

“Well, Betty wrote back and said, ‘Needless to say, we used Arthur Duncan every opportunity we could.'”

Although The Betty White Show was cancelled within a year due to low ratings due to NBC constantly changing its time slot, Arthur Duncan’s newfound national exposure led to invaluable new opportunities. 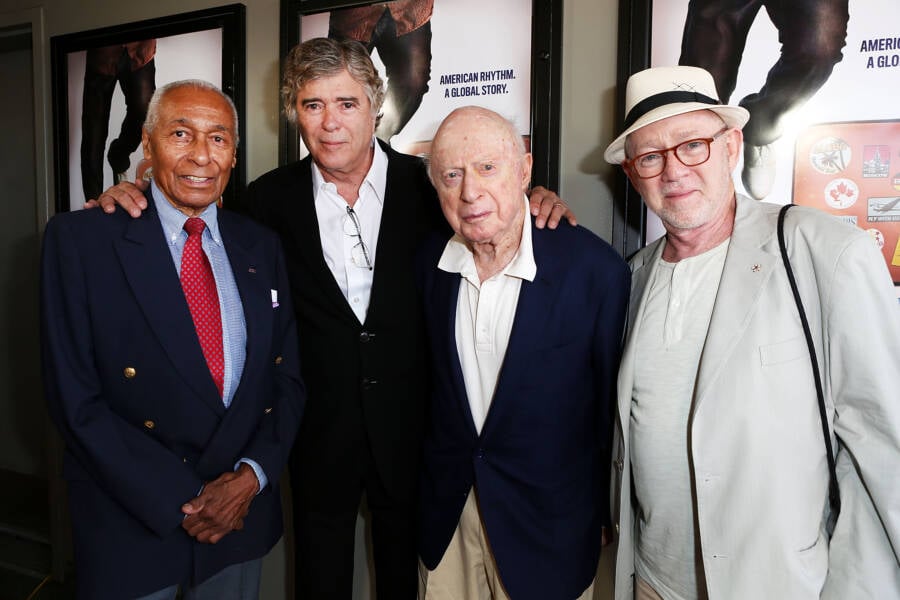 After the Pacific tour, Duncan spent several years performing at countless venues across Europe. Then, in 1964, he was scouted by Sam Lutz, the manager of The Lawrence Welk Show, and invited to come on as a guest. It didn’t take long for the program’s eponymous host to offer Duncan a permanent place in the show’s “musical family.”

Duncan performed on The Lawrence Welk Show for nearly 20 years, making him the first Black regular on a variety show. He typically performed one solo routine per episode, scored by the Lawrence Welk Orchestra, but also frequently danced with peers Bobby Burgess and Jack Imel.

Still, as the only Black cast member, the show also posed a unique risk to Duncan, according to dance historian Constance Valis Hill:

“In an era in which blacks and whites did not even hold hands, let alone kiss each other on nationally broadcast television programs, Duncan was often seen standing in the background, trying very hard not to look like he was ‘with’ any of the women on the program.”

But by the early 1980s, when The Lawrence Welk Show finally went off the air, that era was over. And Duncan had not only managed to build a professional career out of his art but had become so renowned that Francis Ford Coppola cast him in The Cotton Club in 1984.

A Legacy Of Black Excellence

In a heartening example of life coming full circle, 55-year-old Arthur Duncan was still tap-dancing when the son of his former mentor approached him with a project. Nick Castle Jr. had become a director and asked Duncan to dance his 1989 film Tap, starring Sammy Davis Jr. Duncan obliged, but his accolades didn’t end there. 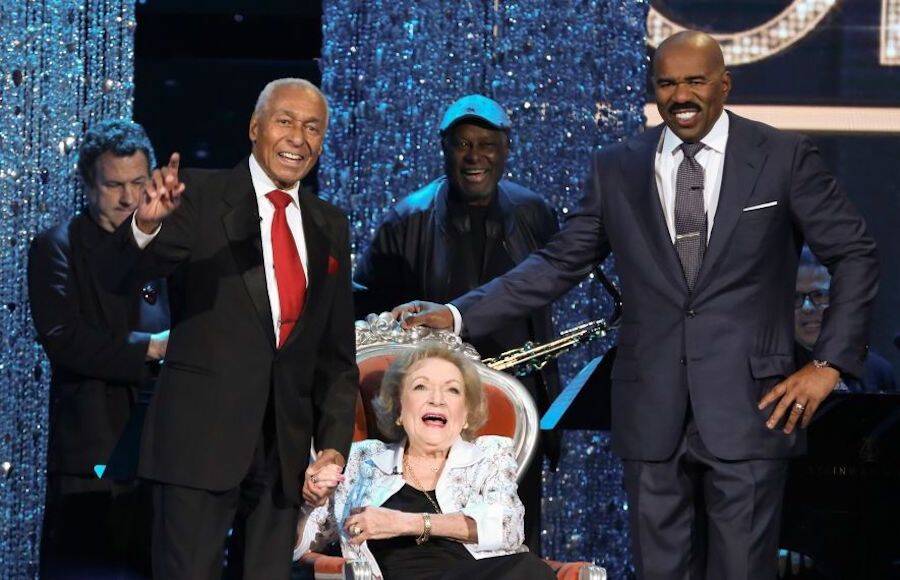 Arthur Duncan was honored in 2004 and 2006 at the Tap Extravaganza in New York and the 15th Annual St. Louis Tap Dance Festival. However, it was during an appearance on Steve Harvey’s show Little Big Shots: Forever Young in 2017 that Duncan felt truly blessed — when Betty White surprised him onstage.

“I’m ready to go now,” he morbidly joked as White approached. “I hope we have a chance to visit after this is over.”

It was the first time in over 60 years that Arthur Duncan and Betty White had appeared on stage together.

In 2020, the American Tap Dance Foundation inducted Duncan into the International Tap Dance Hall of Fame. And to this day, the 87-year-old tap dances when the mood strikes.

After learning about Arthur Duncan, read about how Hattie McDaniel became the first Black Oscar winner. Then, learn about the first African-American photographers and their portraits.