Hattie McDaniel believed she was making new opportunities for people of color in the industry, but civil rights activists criticized her for the stereotypical roles she accepted.

In 1940s Hollywood, Hattie McDaniel had made history. She appeared in more than 300 films and starred in her own radio series, Beulah, and became the first black person ever to receive an Oscar.

But McDaniel was also a controversial figure in her time and often on the receiving end of a series of criticisms for her participation in films that depicted racist caricatures of African Americans.

Her struggle to be a successful black actress in Jim Crow America was recently portrayed in the 2020 Netflix series Hollywood. But before watching the show, get her whole story below. 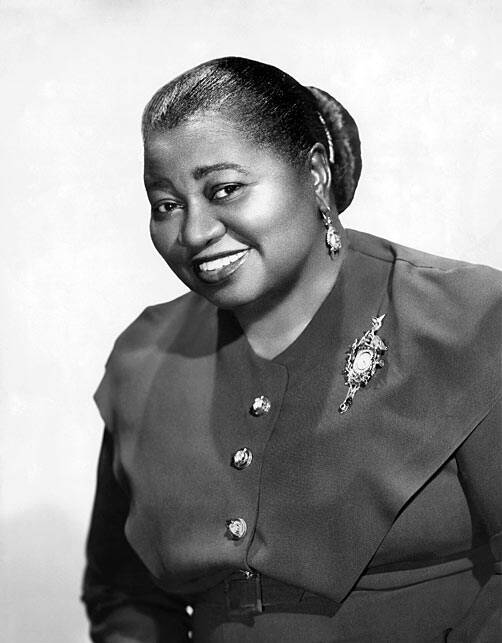 Wikimedia CommonsHattie McDaniel made history as the first black woman to win an Oscar.

Hattie McDaniel was born on June 10, 1895, in Wichita, Kansas. She was the 13th child of former slaves, Susan Holbert and Civil War veteran Henry McDaniel. The family relocated to Colorado when McDaniel was six and it was there that she learned she wanted to be an actress.

“I knew that I could sing and dance…my mother would give me a nickel sometimes to stop,” McDaniel said. At 15, she dropped out of high school to pursue her acting career, but she wasn’t the only one in the family with a penchant for drama. According to the Colorado Virtual Library, McDaniel hit the road with her brother, Otis, when he joined up with a traveling carnival. 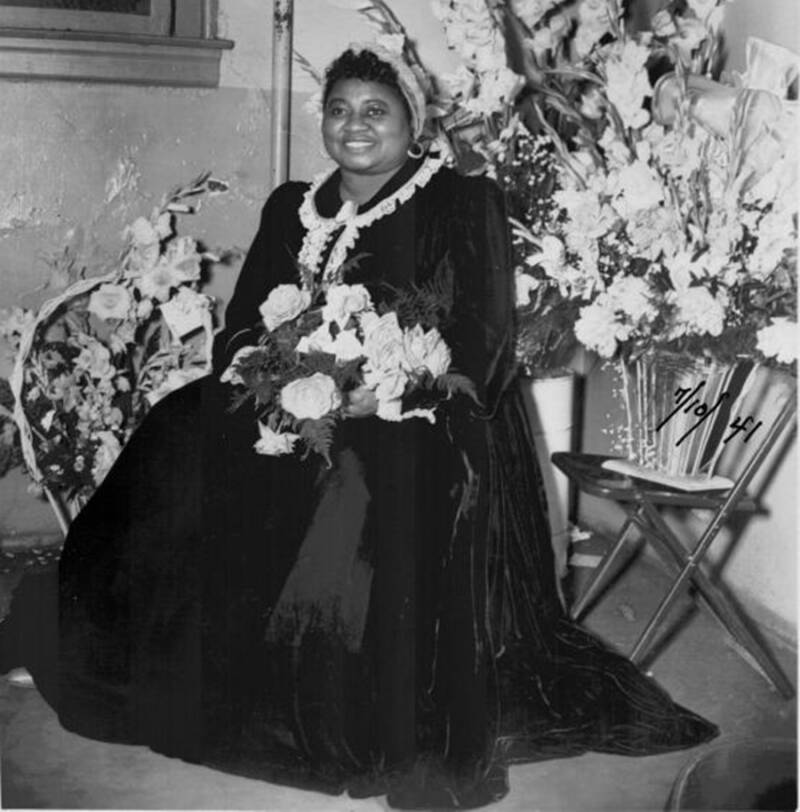 Paille/FlickrMcDaniel was criticized by activists who believed her roles perpetuated racist stereotypes about black people.

In 1914, she produced an all-women’s minstrel show with her sister Etta Goff called the McDaniel Sisters Company. To make ends meet, McDaniel took up extra work on the side as a maid and laundress.

Then, in 1929, McDaniel picked up the mic as lead singer in George Morrison’s Melody Hounds, a popular touring jazz orchestra based in Denver. Their tours led her to Hollywood where she landed her first uncredited role in the film The Impatient Maiden in 1932.

Two years later, she saw her name in the credits for the first time in the film Judge Priest, but it was misspelled as “McDaniels.” This perhaps foreshadowed the controversies she’d experience in her career.

Finding Fame In Gone With The Wind

McDaniel’s performance in Gone with the Wind earned her glowing reviews from movie critics, but criticism from activists.

Hattie McDaniel continued to secure minor roles throughout the 1930s. But like most African Americans in the lily-white film industry of the time, McDaniel was primarily typecast as the help. In fact, she would play a maid 74 different times throughout her career.

Finally, she scored her biggest gig in 1939’s Civil War epic Gone with the Wind. The film was a huge success and Hattie McDaniel’s performance as Mammy, the wise head slave at a southern plantation, spurred rave reviews from critics both black and white.

Armed with stacks of glowing reviews, Hattie McDaniel paid a visit to David O. Selznick, the film’s producer. The message she wanted to deliver was clear: She had earned a place among fellow actors for an Academy Award nomination.

Selznick, who initially had no intention of submitting her name for consideration, gave in and put her name in for the category of supporting actress. in 1940, at age 44, she won.

Footage of McDaniel winning her Oscar.

Dressed in a beautiful turquoise gown emblazoned with rhinestone and white gardenias in her hair, Hattie McDaniel accepted her Oscar. The historic win made her the first African American actor ever to receive the prestigious award. Reports from that night describe a room swept with emotion and pride as thunderous applause accompanied Hattie McDaniel’s appearance on stage to accept her honor.

“I shall always hold it as a beacon for anything I may be able to do in the future. I sincerely hope that I shall always be a credit to my race and the motion picture industry.”

But even as an Academy Award-winning actress, Hattie McDaniel was treated like a second-class citizen because of her race.

The Coconut Grove nightclub, where the ceremony was held, was part of the Ambassador Hotel which was whites-only. Selznick had to call in favors to make sure that McDaniel would be allowed to enter a ceremony that would be honoring her. 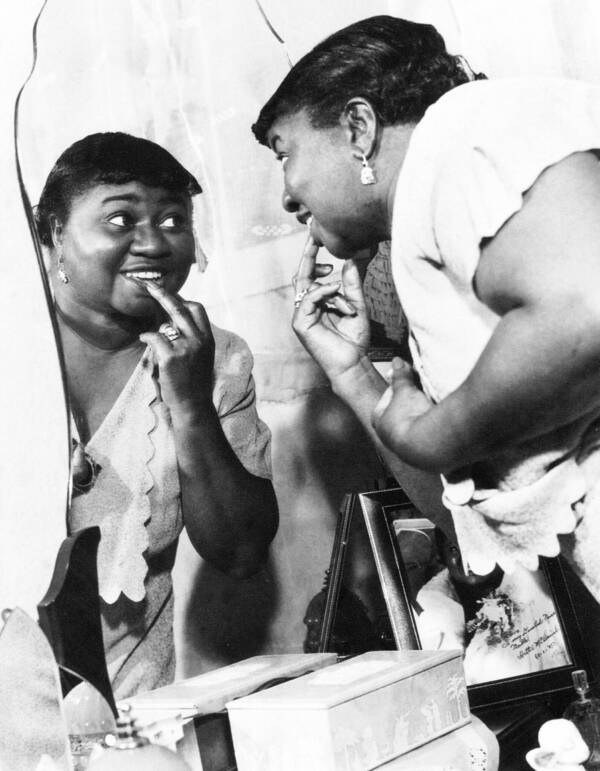 Kate Gabrielle/FlickrAfter her Oscar win, the actress continued to be typecast in roles as a black maid or slave.

When she arrived at the hotel, McDaniel was escorted to “a small table set against a far wall” where she spent the rest of the night with her black escort, F.P. Yober, and her white agent, William Meiklejohn. She was not permitted to sit with her fellow cast members, who were all white.

No other black actor would win an Oscar again until two decades later in 1963 when Sidney Poitier won the award for best actor.

Controversies With Her Legacy 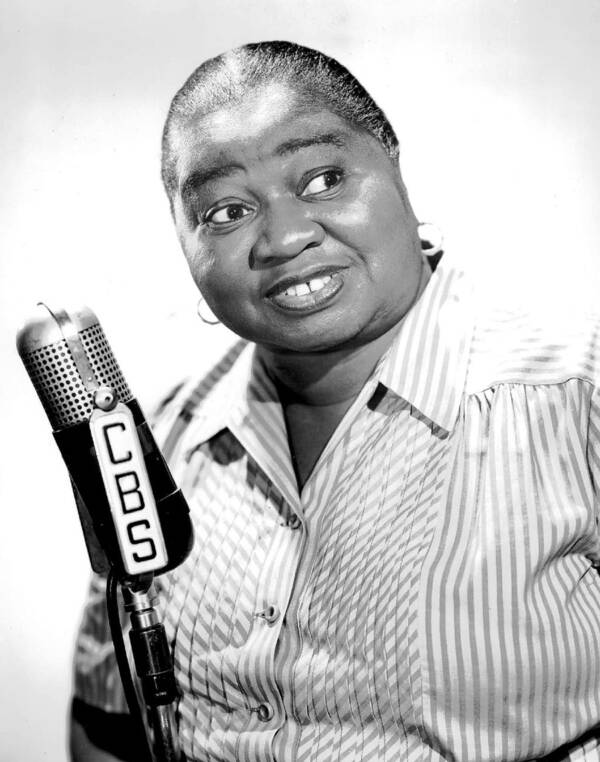 Despite her successes in an all-White Hollywood, McDaniel was constantly criticized by African American activists for the types of roles she played. Out of 300 film credits to her name, about 75 percent of them were caricatures of black women.

Even after her Oscar win, she continued to be typecast in similarly demeaning roles and was even made to do a post-Oscar tour in her Mammy get-up, a theatrical promotion concocted by the studio to capitalize on her success.

The National Association for the Advancement of Colored People (NAACP) disavowed McDaniel for starring in films like Judge Priest and Song of the South that portrayed racist stereotypes of black people, even by the standards of the time.

In 1947, McDaniel publicly defended herself in an op-ed published in The Hollywood Reporter, arguing: “Several times I have persuaded the directors to omit dialect from modern pictures. They readily agreed to the suggestion. I have been told that I have kept alive the stereotype of the Negro servant in the minds of theatre-goers. I believe my critics think the public more naïve than it actually is.”

“I’d rather play a maid than be a maid.”

Although some of the criticism was warranted, it is important to remember the context of the era. Nearly all minority characters in films back then were racialized but refusing such roles meant losing work for actors of color.

Around the same time McDaniel became Hollywood’s go-to black actress, fellow actress Anna May Wong had fled to Europe. She, too, was unable to escape being cast in roles that perpetuated racist Asian tropes.

“We all grew up with this image of [McDaniel], the Mammy character, kind of cringing,” said Jill Watts, author of Hattie McDaniel: Black Ambition, White Hollywood. “But she saw herself in the old-fashioned sense as a ‘race woman’ — someone advancing the race.” 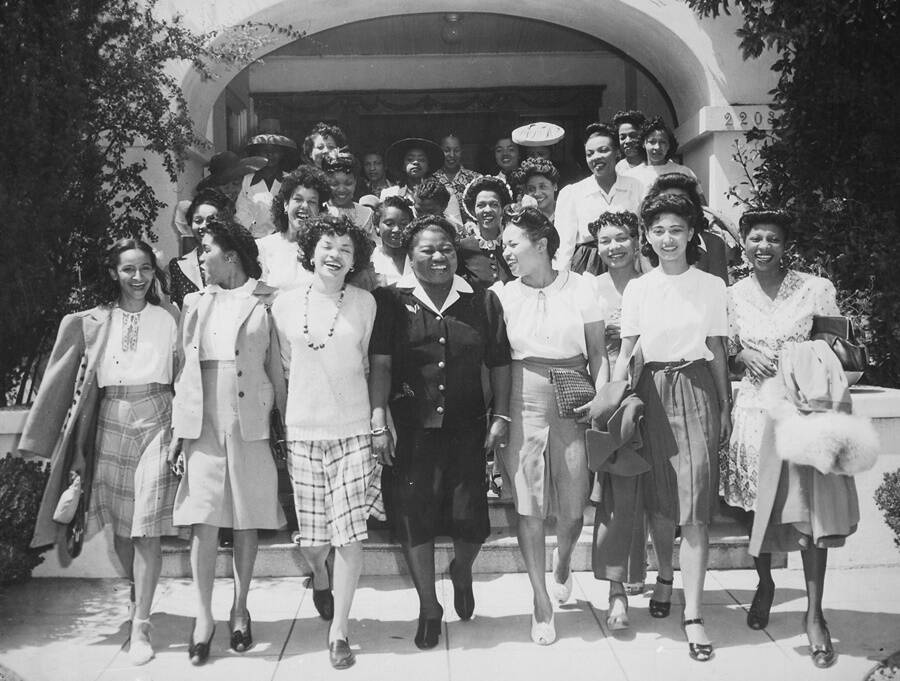 Wikimedia CommonsHattie McDaniel hoped her work would help other African American creatives to succeed in the industry.

Despite the criticism, Hattie McDaniel believed that she had done what she could to make space for other African American actors. Biographer Jill Watts told NPR that McDaniel had an open door policy with fellow African American creatives at her Los Angeles home.

“Within the walls of her home, they’re able to perform the way they want to perform,” Watts explained. “This is post-Academy Award for the first few years. I think she was quite hopeful, and she wanted to share that success with others. She supported family, friends. People talk about how people would just come to her and she’d give out the money she had, so she’s quite generous in that way.”

As chairman of the black division of the Hollywood Victory Committee, the actress organized shows for African American troops deployed in World War II and donated generous sums to the NAACP despite their public criticisms of her. She later achieved another historic feat when she became the first black actress to star on a successful radio show called Beulah.

Sadly, following her 1952 death, McDaniel’s Oscar plaque reportedly went missing after appraisers deemed it worthless. Her final wish to be buried in the Hollywood Cemetery was also denied because she was black. 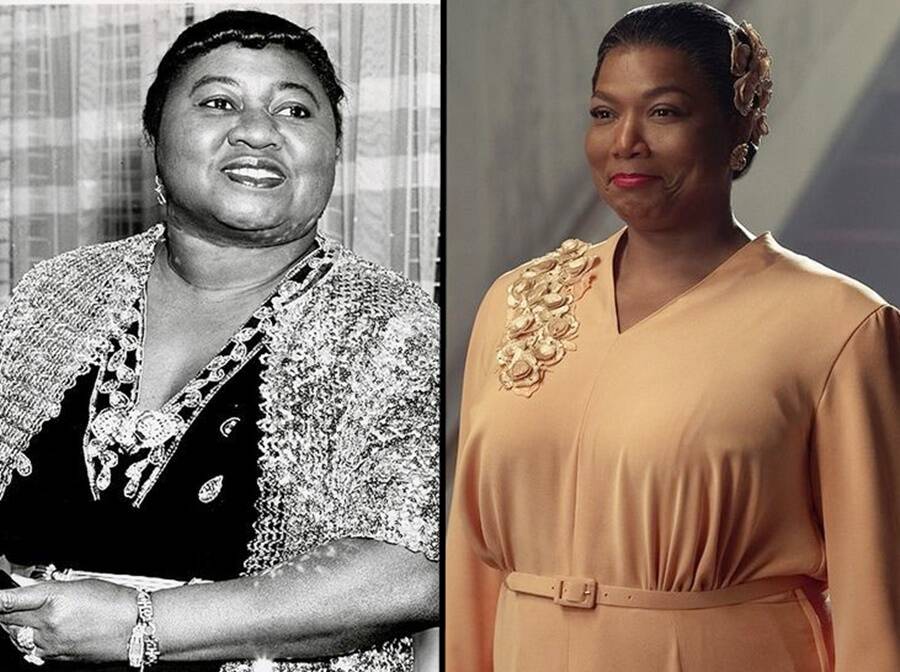 In Netflix’s Hollywood, however, Hattie McDaniel’s story is reimagined. In one instance meant to take place a few years after McDaniel won her Oscar, she walks straight inside the hotel where the ceremony was won, congratulates a young black actress who has just won an Oscar herself and says: “They let me in this time,” before the two women hug.

Unfortunately, that young black actress was either fictional or was a recasting of a real actress who was white. The show also plays up the rumors of Hattie McDaniel’s bisexuality which were inspired by her close relationship with white actress Tallulah Bankhead, who was notorious for her drunken escapades. But these rumors were never confirmed by McDaniel.

In spite of her controversies, Hattie McDaniel’s Oscar victory still resonates today. Since her historic win, seven black actresses have won the award for best supporting actress, among them are Whoopi Goldberg, Octavia Spencer, Lupita Nyong’o, and Viola Davis.

Perhaps thanks to the precedent set by Hattie McDaniel, they certainly won’t be the last.

Next up, learn about the forgotten black cowboys of the Wild West. Then, read the incredible true story of Madam C.J. Walker, one of America’s first black female millionaires.