"[Women and little girls] can look to me and say OK, she’s a woman who is able to be successful in an organization like the Miss America organization, but she’s also a scientist." 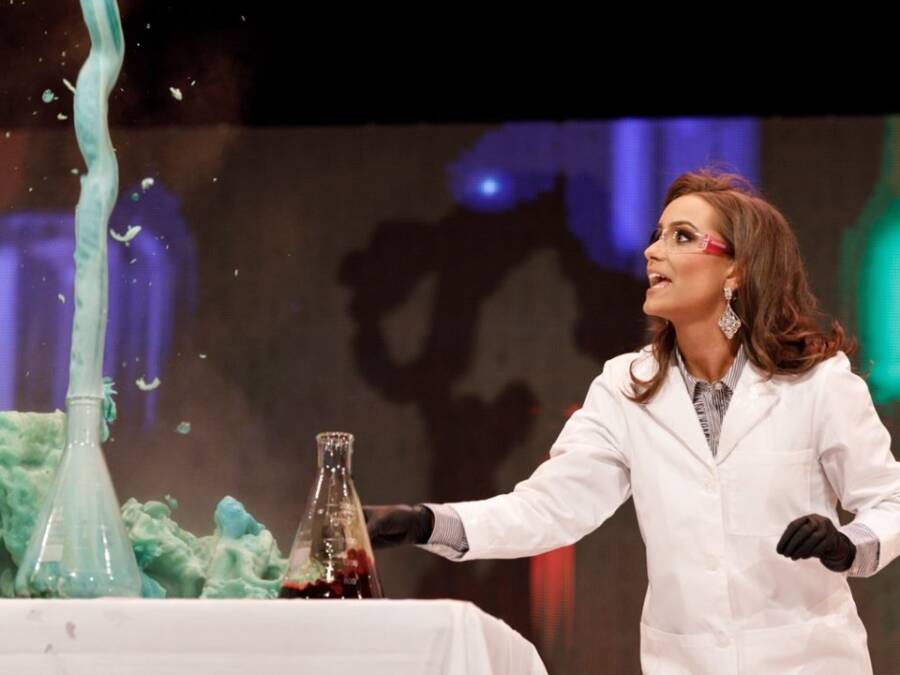 John Herzog/Miss Virginia24-year-old biochemist Camille Schrier made a splash with her foamy science experiment during the Miss Virginia competition.

Dressed in a white lab coat, safety goggles, and dazzling chandelier earrings, 24-year-old Camille Schrier found herself mixing together chemicals to concoct a blue-and-orange explosion of foam-like substances in front of a panel of judges and a live audience.

The spectacle was something one would expect to see in a science class — not on stage at a beauty pageant where Schrier was in fact performing the experiment as part of her talent showcase for the Miss Virginia crown.

As reported by the Richmond Times-Dispatch, last year Schrier was freshly graduated with dual degrees in biochemistry and systems biology from Virginia Tech. Now, she is also this year’s winner of the Miss Virginia pageant.

Schrier’s colorful demonstration on stage at Liberty University where the competition was held was a breath of fresh air, albeit an unusual choice for a talent showcase. For this portion of most beauty competitions, participants typically perform soft entertainment skills like singing and dancing to wow the judges.

Camille Schrier, who is originally from Pennsylvania and represented the town of Richmond, Virginia in the pageant, was determined to do something different — and she did. Her bold choice to show off her scientific prowess not only impressed the judges, but it also got the public talking about her too.

At a time in society where the movement for women’s empowerment has become more celebrated, Schrier’s performance was a symbolic statement.

“I truly am a woman of science — that’s my career,” Schrier said in a press statement. “So [I want] to be able to break those barriers and to really inspire young women and men to follow this path if that’s something that they’re passionate about.”

Virginia Commonwealth University, where Camille Schrier is currently pursuing a doctorate in pharmacy, tweeted a video of her educational pageant performance:

Not only did Schrier win the talent portion of the competition (which awarded her the preliminary talent award and a $1,000 scholarship), she also won first place in the entire beauty pageant to take home the crown as the newest Miss Virginia.

In total, Camille Schrier’s winnings from the pageant added up to a nice sum of $21,000 in monetary prizes that she said will contribute greatly to cover tuition costs in her pursuit of a graduate degree.

Schrier’s STEM-style performance and subsequent title win in a competition previously known for placing an emphasis on women’s physical beauty more than anything is emblematic of the shift that these type of beauty pageants are undergoing.

Last year, the organization announced that it would be dropping the swimsuit portion of the event, which has been criticized for almost a century over its blatant objectification of women’s bodies by pitting women against each other over physical perfection.

“The Miss America Organization says it’s about scholarships,” said sociologist and pageant historian Hillary Levey Friedman. “To have to walk in a bikini and six-inch heels to get that is problematic.” 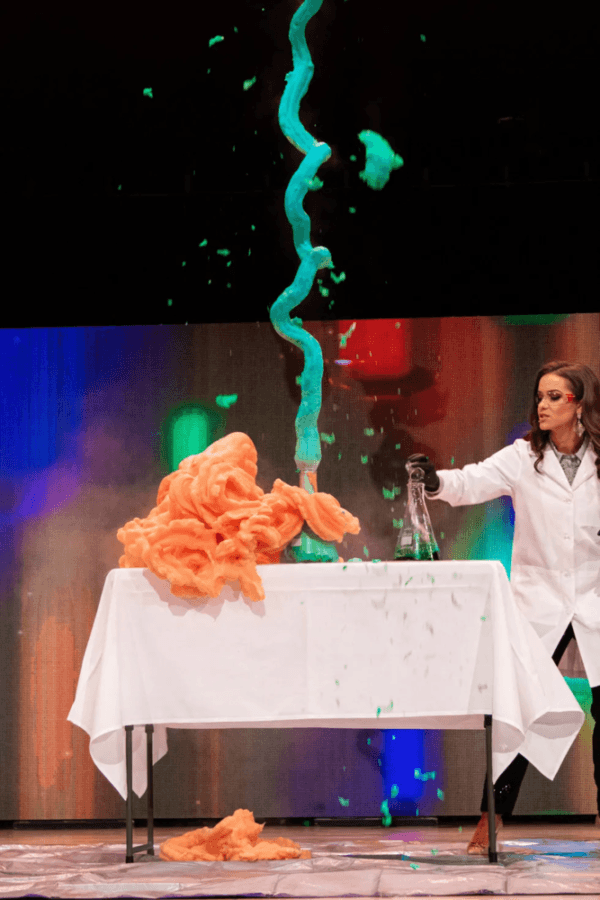 Rick Myers Photography After winning the Miss Virginia crown, Camille Schrier will compete next in the Miss American pageant.

Amid growing awareness of gender equity, the #metoo movement, and other issues related to women’s rights, it is obvious that the public has lost interest in supporting platforms that harbor antiquated notions that serve to the contrary.

In an effort to keep up with the changing times and an increasingly socially-conscious audience, the Miss America organization has been forced to make several changes to its long-time beauty competition.

This year’s Miss Virginia competition did away with its swimsuit session in keeping with the pageant changes. To top it off, more than $75,000 in cash scholarships, as well as other in-kind scholarships, were available to contestants this year.

In her new role as Miss Virginia, Camille Schrier will travel the state for public appearances as well as to promote her social impact initiative that aims to promote drug safety and abuse prevention called Mind Your Meds.

In addition to connecting with caregivers and parents about safe medication use and discuss the opioid epidemic, she also plans to travel to elementary schools and perform her science experiment to younger crowds.

The biochemist-slash-beauty-queen hopes that the impact of her victory reverberates beyond her crowning glory.

“[Women and little girls] can look to me and say OK, she’s a woman who is able to be successful in an organization like the Miss America organization, but she’s also a scientist,” Schrier said.

Now that you’ve caught up on how Camille Schrier used science to win the Miss Virginia pageant, read how a Muslim refugee made history at the Miss America pageant in 2016. Then, take a look at the 20 most decadent costumes from the Miss Universe pageant.