Inside The Legend Of The Candiru, The Amazon Fish That Allegedly Targets Men’s Penises

The candiru is a tiny parasitic fish that lives in South America — and supposedly has a penchant for swimming into the human penis.

Of all of the beasts that prowl the Amazon region, few are creepier than the candiru. A tiny parasitic freshwater catfish feared even above the dreaded piranha, the candiru reportedly waits for its unsuspecting prey to step into the river before attaching itself in the most painful way imaginable.

It’s also only about an inch and a half long — but don’t mistake its small size for weakness. In fact, terrifying stories from the region allege that the candiru has a habit of swimming right up inside unsuspecting swimmers and fishermen’s urethras — then refusing to leave. 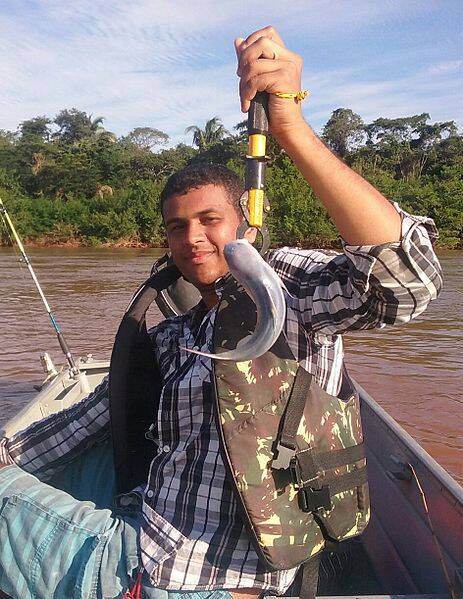 Although contemporary evidence of the gruesome habits of the so-called “penis fish” is lacking, people visiting areas of Bolivia, Colombia, Ecuador, and Brazil are still warned to this day to cover up or risk a painful occupation by the candiru.

So what is the truth about the tiny but fearsome candiru of South America?

How The Candiru Earned The Nickname ‘The Penis Fish’ 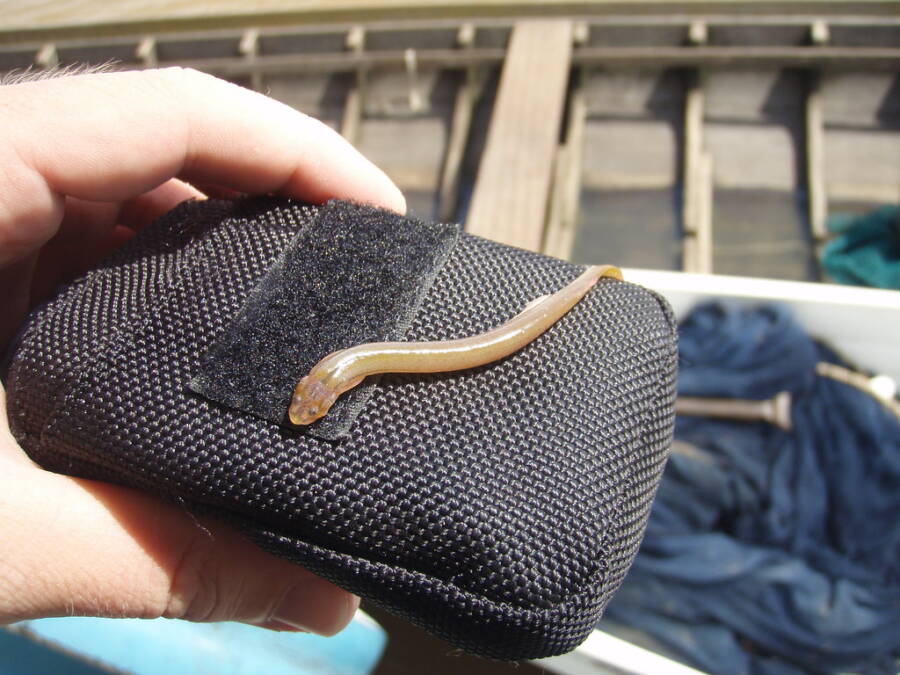 Road Trip/FlickrIn a 2008 photo, a traveler holds up an Amazonian candiru fish.

The American Journal of Surgery describes the candiru as “very small, but uniquely occupied in doing evil.”

The candiru reportedly favors a more stealthy approach than its fellow aquatic terror, the flesh-eating piranha. Rather than go for an attack head-on, the candiru implants itself inside the human body through a rather unusual entryway – the human penis.

The fish reportedly swims right up the penis through the urethra – upstream, which is an impressive feat for such a small fish – where it latches onto the inner walls with barbs. Removal can be very difficult, as the barbs face one direction only, and pulling on the fish only causes them to sink deeper into the walls of the urethra.

And even more frightening than the prospect of a tiny fish making your penis its home is the pain involved in getting it out.

Some Indigenous people from the Amazon suggest home remedies like a hot bath or an herbal soak, but for the most part, the verdict is a unanimous and horrifying one: complete removal of the “offending appendage” altogether.

Candirus were first documented in 1829 when German biologist C.F.P. von Martius was told of them by Indigenous Amazon people. They described wearing special coconut-shell covers over their groin — or sometimes just tying a ligature around their penises while going in or near the water.

A few years later, in 1855, a French naturalist named Francis de Castelnau was told by an Araguay fisherman not to urinate in the river, as it encourages the fish to swim up your urethra.

Over the years, the legend of the candiru’s attacks has not changed at all, save for a few variations regarding what it does once inside the penis. The Amazon people still live in fear of the tiny creature and will go to great lengths to avoid being a victim to the unwelcome intruder. George Albert Boulenger, the curator of Fishes at the British Museum, even reported an impressive system of bathhouses, put together by the natives, that allowed them to bathe without ever fully entering the river.

However, despite the legends and dramatic warnings by locals about the candiru’s predatory prowess, only a few documented cases of a candiru parasitic infestation exist. 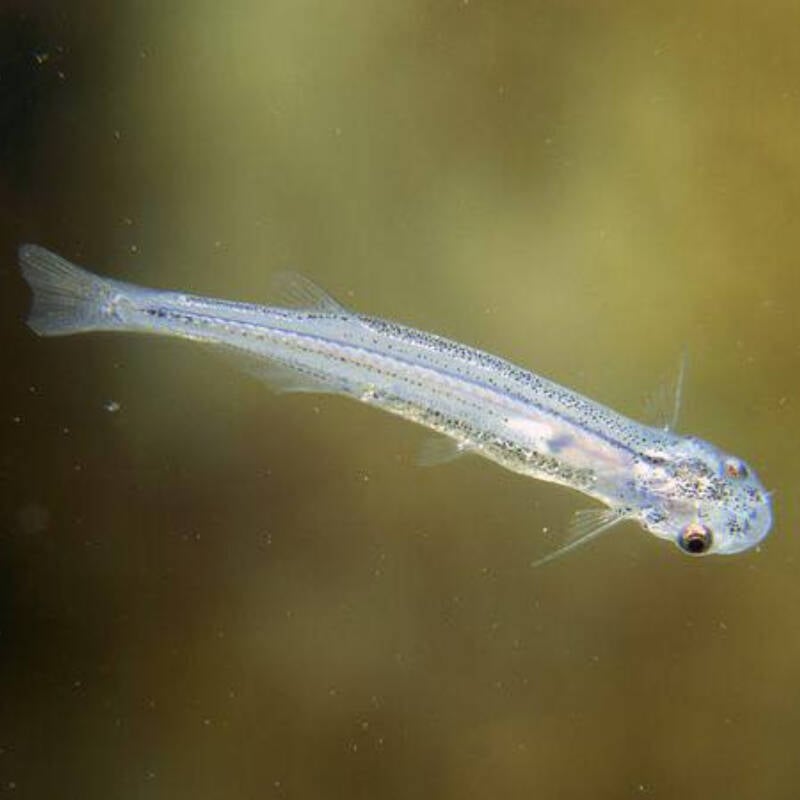 One of the few documented modern cases of a candiru fish swimming into a urethra is reported to have taken place in 1997, in Itacoatiara, Brazil. The patient, a 23-year-old man, claimed that while he was urinating in a river a candiru jumped from the water into his urethra. He needed a painful, two-hour urological procedure to remove the fish.

Ironically, some of the other cases to be documented happened all the way back in the 19th century — and reportedly involved women rather than men. 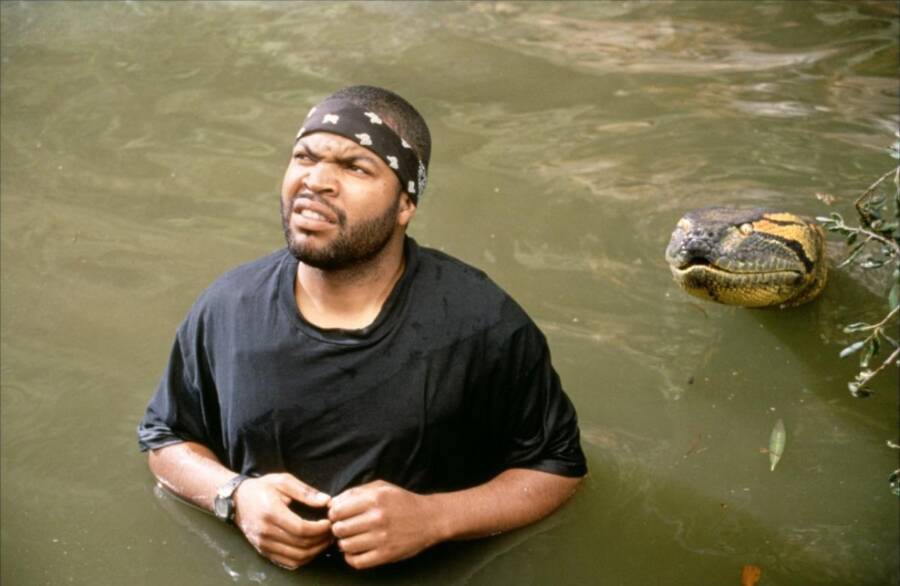 Columbia PicturesIce Cube is warned about the penis-invading candiru in the film Anaconda.

Due to the mysterious nature of the candiru and the fact that no one has seen an attack in action, several marine biologists have claimed that it is nothing more than a legend. They point out the fish’s small stature, and relative lack of self-propulsion as a reason why the fish could never hope to swim up a urine stream.

Also, studies in recent years have shown that, despite the urban legends, the candiru is not attracted to urine, according to Healthline.

They also point out that the opening to a urethra is tiny, and even a miniscule fish would have to try very hard to make it through one.

That hasn’t stopped candiru legends from circulating, however. The tiny terror of the Amazon was even featured in the 1997 monster movie Anaconda, with Ice Cube and Owen Wilson’s characters receiving dire warnings about the penis-invading fish.

And the people of the Amazon still maintain that the candiru is not to be taken lightly. Perhaps just because no one’s seen one in action doesnt mean that they arent there, waiting for their next unsuspecting victim.

After reading about the candiru, check out the weirdest freshwater fish ever caught and seven insects guaranteed to give you nightmares.