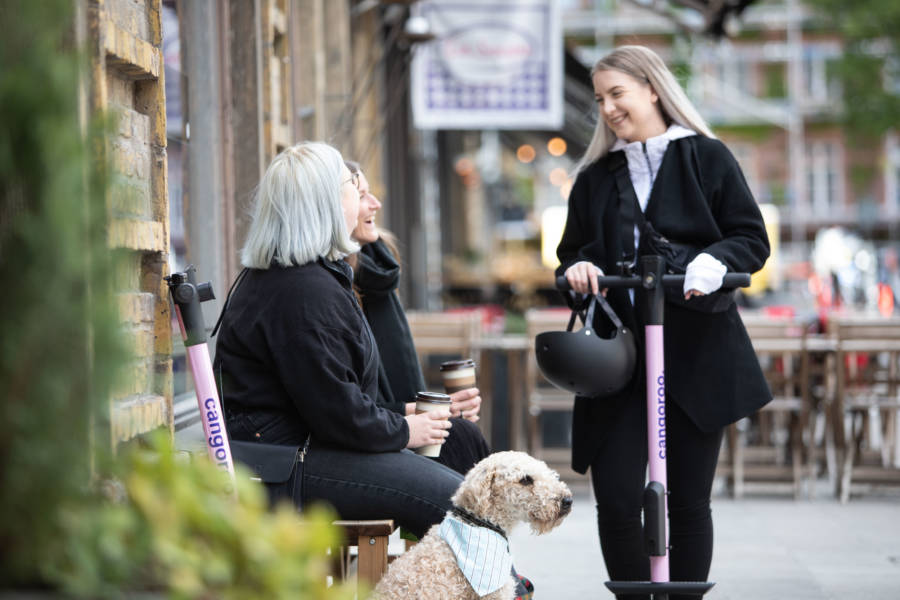 CangorooThe Cangoroo company is adamant that this is not a joke and that they’re seriously working on making pogo sticks an alternative to e-scooters.

While electric scooters have become an increasingly popular alternative for urban navigation, Swedish startup Cangoroo has boldly announced an even more environmentally friendly option. According to Curbed San Francisco, the company plans on renting app-enabled pogo sticks in five cities across the globe.

While skepticism soon spread about whether this was legitimate and not a prank or mere PR stunt, key Cangoroo investor Niklas Laninge has assured curious onlookers that this is quite serious — and likely, he thinks, to become successful.

“They have always delivered on the promises of the products they’ve created,” Laninge said of Cangoroo.

The business model will see Cangoroo’s pogo sticks launch in a few European cities first before heading to San Francisco and elsewhere in the United States later this year. The company is then hoping to grow further and attract more investors based on the idea’s playful, green, and health-conscious appeal.

“Cangoroo and our pogo sticks offer a quicker alternative to walking, a more convenient alternative to having a bicycle, and a more environmentally friendly alternative to cars and e-scooters,” the company’s website argued.

While the company is quite adamant that their pogo-centric business venture is a serious endeavor, the skeptical response is not unwarranted. After all, Cangoroo’s marketing for the product was developed by ODD Company — an agency known for its fictional products, elaborate stunts, and playfully deceptive humor.

The notion that a startup would stake its survival on offering San Franciscans pogo sticks to hop to work with, too, is endowed with an immediate, satirical feeling that smacks of South Park or The Onion. Nonetheless, both a Cangoroo press release and a company spokesperson remained steadfast:

“We can totally see that some people think it’s a joke as we intentionally branded Cangoroo the same way as existing e-scooter companies. However, we’re serious about our vision to try creating a brand in the micromobility category that stands out from the…generic ones. And that’s one of the reasons we chose pogo sticks as our first products.”

“We feel the need to underline that Cangoroo is 100 percent real,” the press release, published in May, claimed. “Our choice of shared pogo sticks as our first product is a planned out strategy in order to stand out in today’s media landscape and build an engaging brand in the generic ‘last mile transportation’ category.”

In that regard, Cangoroo undoubtedly exceeded all expectations. The conversation now is essentially split between readers arguing whether or not this is even real, and those debating how functional and effective their product would be to get around town. In both scenarios, people are now curious about the product.

The promotional video, too, is leaps and bounds ahead of how a traditional company might market this. Some may rightfully scoff at the notion that this product is real, as the video itself resembles a seeming parody of Silicon Valley startup culture and brainstorming.

Cangoroo CEO Adam Mikkelsen, however, explained that this was all intentional. He also claimed that the company is interested in expanding to other types of vehicles in the future. In that sense, this might be a small albeit elaborate ploy to garner momentum, investors, and brand recognition for upcoming ventures. 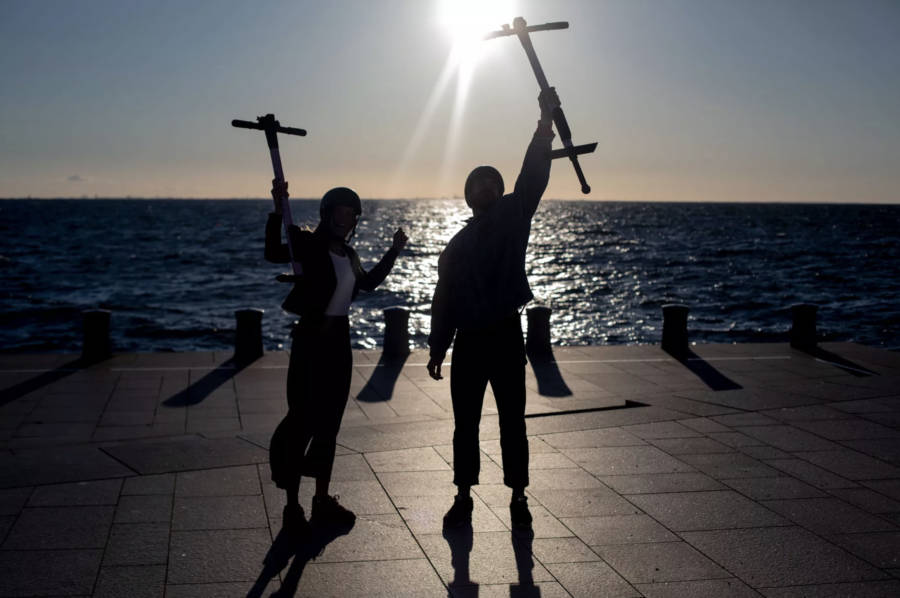 CangorooCEO Adam Mikkelsen said Cangoroo plans on expanding to other kinds of vehicles in the future.

On the other hand, those prioritizing the environment, physical fitness, and trying something new might comprise a large enough portion of the city’s population to keep Cangoroo profitable.

“We’re very well aware that the end product isn’t for everyone,” Mikkelsen said, “but we definitely see a lot of people hanging out in Golden Gate Park and saying, ‘Who can jump the furthest?’ Or if we launched in Alabama, we’d brand all of the sticks to be like, hey, let’s jump for free abortion rights.”

Whether those two scenarios could garner enough participants for the financial bottom line is unclear. Ultimately, it’s too early to tell — with a promised launch later this year, we’ll just have to wait and see if people hop to it, or stick to their bikes.