For $10,000, A Silicon Valley Startup Will Kill You And Upload Your Brain To The Cloud

The company claims that with their technology, one day scientists will be able to scan your brain and create a digital you. 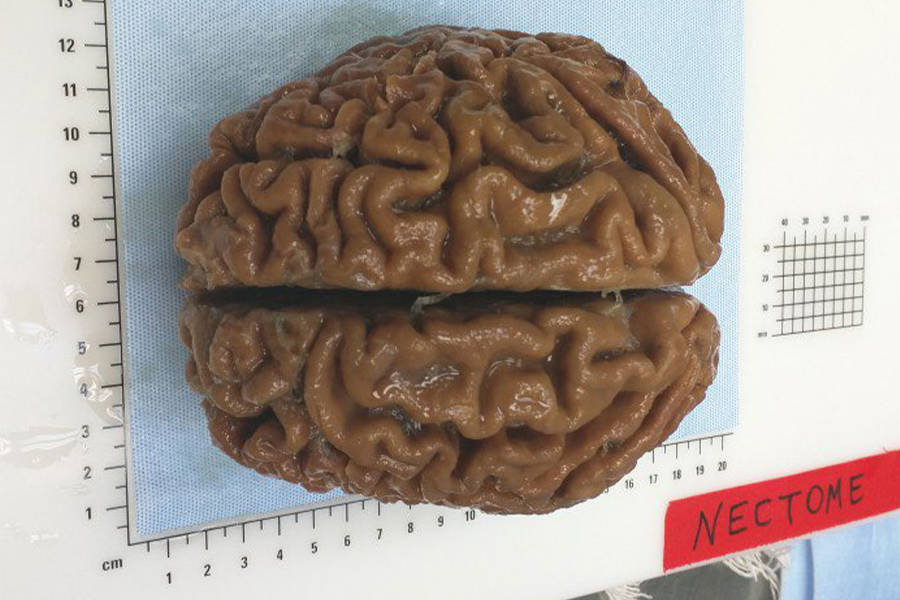 Technology ReviewNectome’s only specimen of a human brain preserved with their technique.

A Silicon Valley startup is claiming that they can make the impossible possible – that they can take your memories, and upload them to a computer, allowing you to live on (in some digitized form) after you’re dead.

The only catch? You actually have to be dead for the procedure to take place.

Nectome, a company started by two former MIT students, is still in its early – and vague – stages of development, but their end goal is abundantly clear. They are, as their tagline reads, “committed to the goal of archiving your mind.” In short, they’re planning to upload the things that make you you into the cloud, so that scientists in the future can scan them, and essentially recreate a digital version of your consciousness.

The technology to actually upload your memories does not yet exist, but Nectome promises that they are well on their way. They’ve formulated a plan to acquire the memories, involving injecting the brain with a chemical cocktail of preservation fluids. The technique, known as aldehyde-stabilized cryopreservation, is believed to preserve not only the brain itself but the neural connections within it.

The result is that the brain will be preserved like never before, with all of its connections and folds preserved in microscopic detail.

Unfortunately, for your neural connections to be preserved, you’ve got to be dead. Not just dead, but freshly dead – dead from the procedure itself.

Death from the procedure is integral to the procedure, as the brain cannot be at all damaged before the chemicals are injected. The chemicals themselves will quickly cause death, but the idea is that the brain will already be preserved by the time death occurs.

Though the procedure is 100 percent fatal, and not yet even a guarantee of a future digital life, Nectome founders Robert McIntyre and Michael McCanna say that they’ve already had interest.

For $10,000, those hoping to be digitally reconstituted in the future can get themselves onto a waiting list. The down payment is fully refundable, should one have a change of heart (or a change of mind). As of now, 25 people have a place on the waiting list.

Despite their big dreams, and lofty promises, the technology still has a ways to go. The preservation process has been attempted on animals, and just a single human brain, and one that had been dead for several hours already.

In addition, the technology to upload the memories doesn’t even exist yet. However, Nectome definitely has the resources to continue researching until it does.

The Brain Preservation Foundation awarded Nectome an $80,000 prize for successfully preserving the connectome – the trillions of neural connections within the brain – of a pig, for the first time ever. The company has also been given more than a million dollars in grant money from the U.S. National Institute of Mental Health, and is working closely with MIT’s top neuroscientists.

Though the technology to reanimate humans doesn’t yet exist, Nectome has come closer than anyone so far. Their outlook is also incredibly optomistic. Their website claims that as soon as 2024, give or take a year, a biological neural network could be fully simulated.

So, if you’re thinking about testing the waters of immortality, and you’ve got an extra $10,000 lying around, you know where to go.

Next, check out some other technologies that will change your life in the next 10 years. Then, read about the study that claims when you die, you’ll know you’re dead.