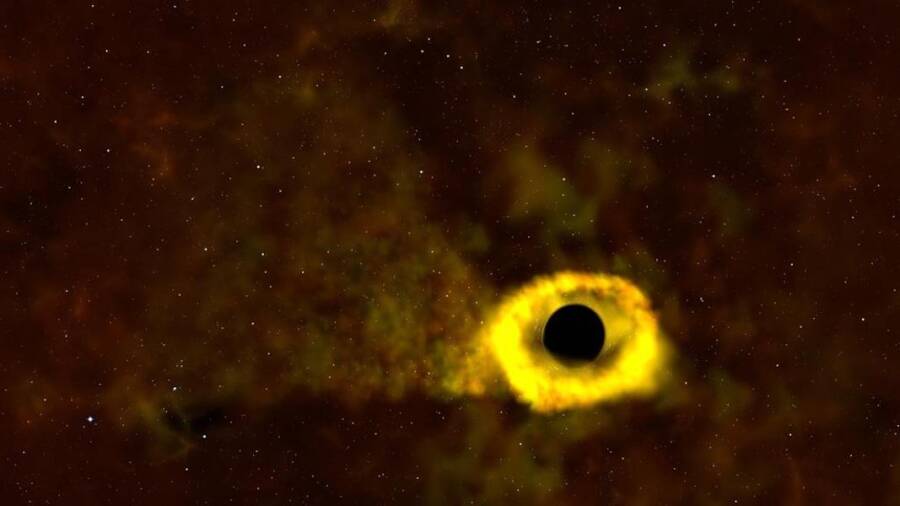 NASA’s Goddard Space Flight Center An artist’s rendering of a star caught in the gravity of a supermassive black hole and ripped to bits. 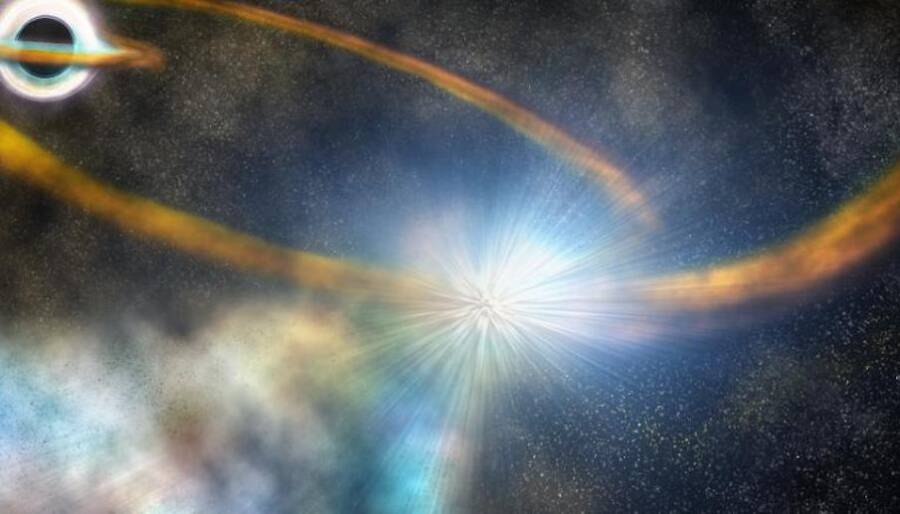