Few places are as bizarre and spectacular as Cappadocia, Turkey. This ancient land was once a thriving underground community of people who lived in caves. 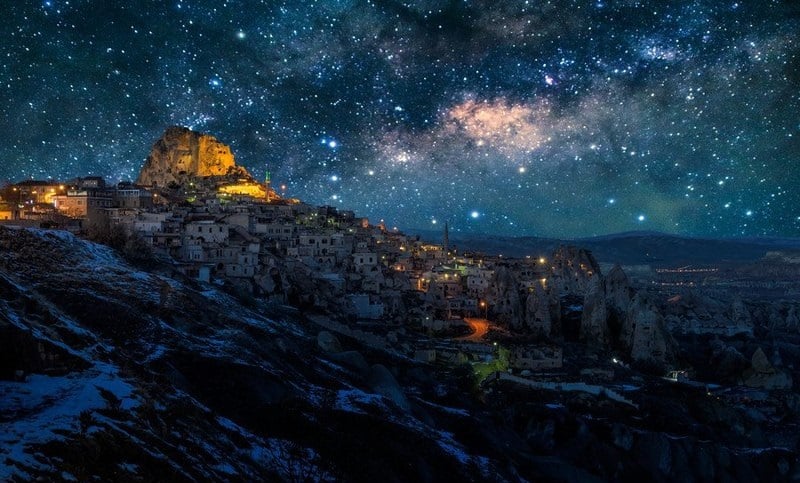 If visiting Cappadocia, Turkey isn’t on your bucket list, it should be. Here, history and nature collide in a landscape covered by natural columns and pinnacles that poke more than one hundred feet into the air. This bizarre yet beautiful landscape offers something for everyone, from spectacular hot air balloon flights to prehistoric caves to well-preserved Byzantine art. 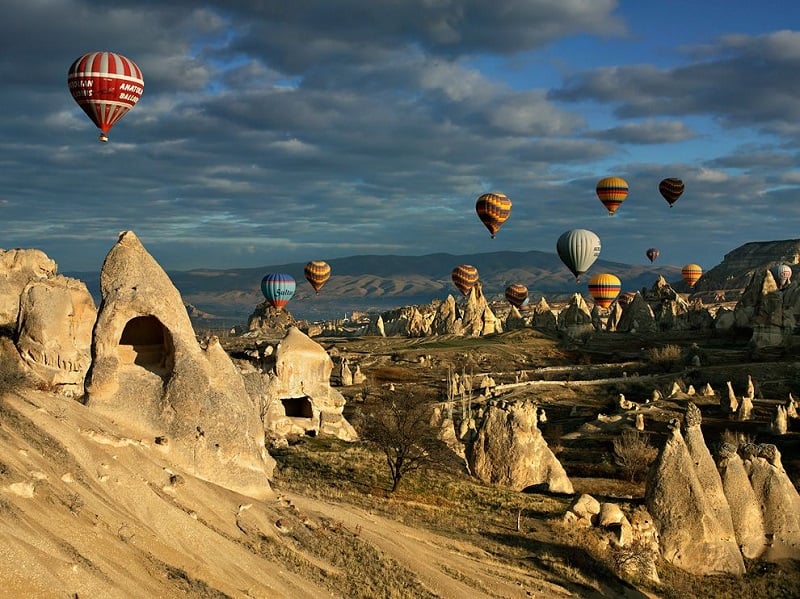 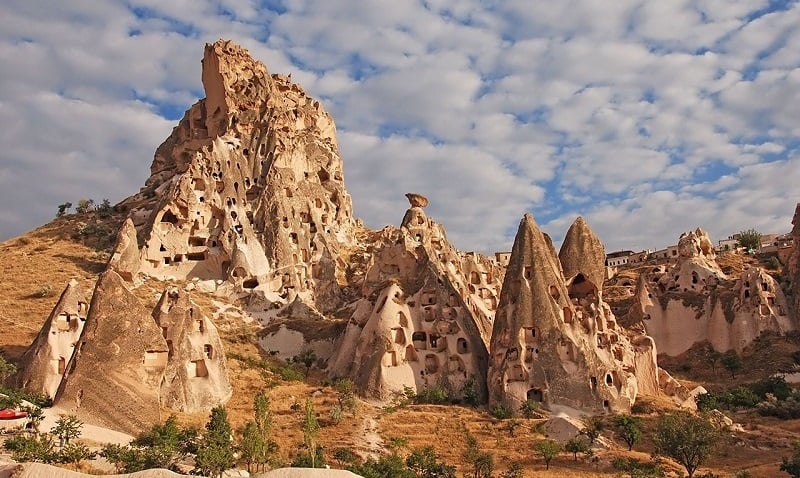 As part of Central Anatolia’s historical region, Cappadocia gets its unique landscape from centuries of historic volcanic eruptions and long-term erosion. After volcanic ash covered the area and solidified into soft rock, erosion stripped the land, creating a series of cones, cliffs, spears and chimneys that protrude up into the sky. While Mother Nature shaped the Göreme valley all on its own, in the fourth century A.D., people began burrowing into the landscape, creating one of the most intricate underground communities in the world. 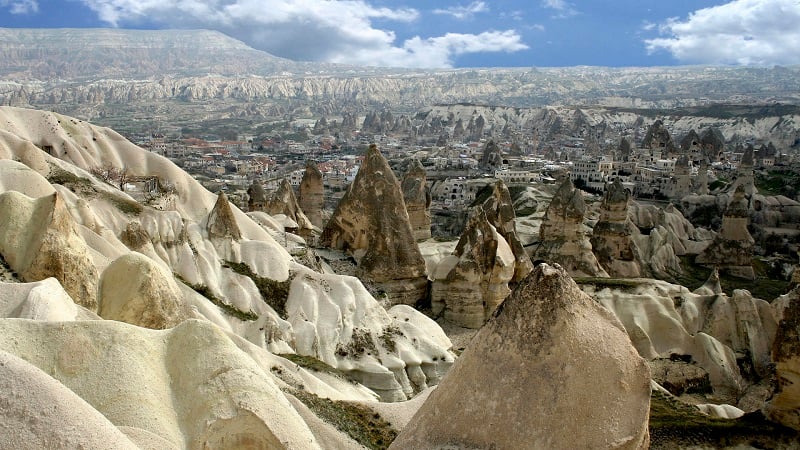 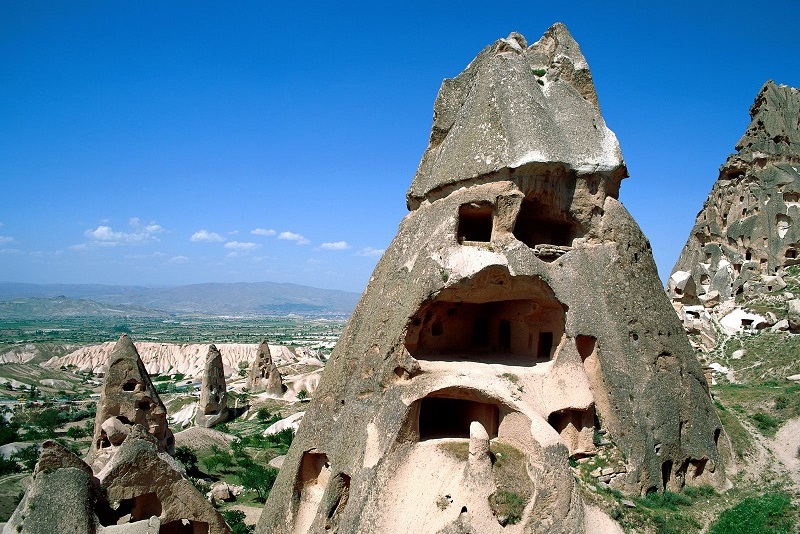 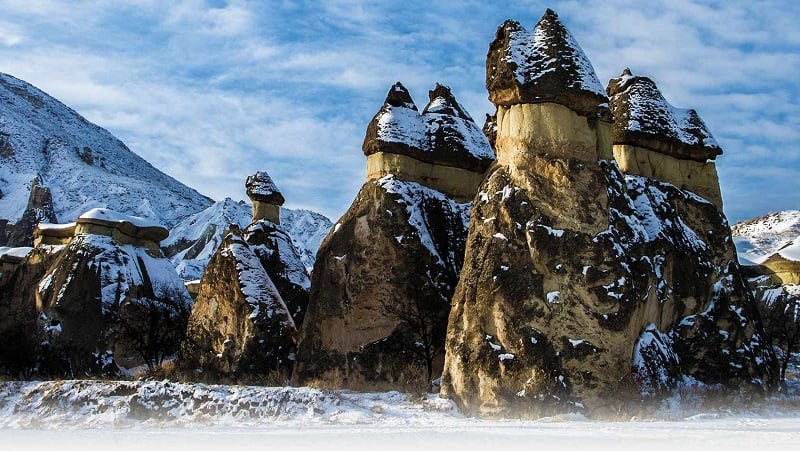 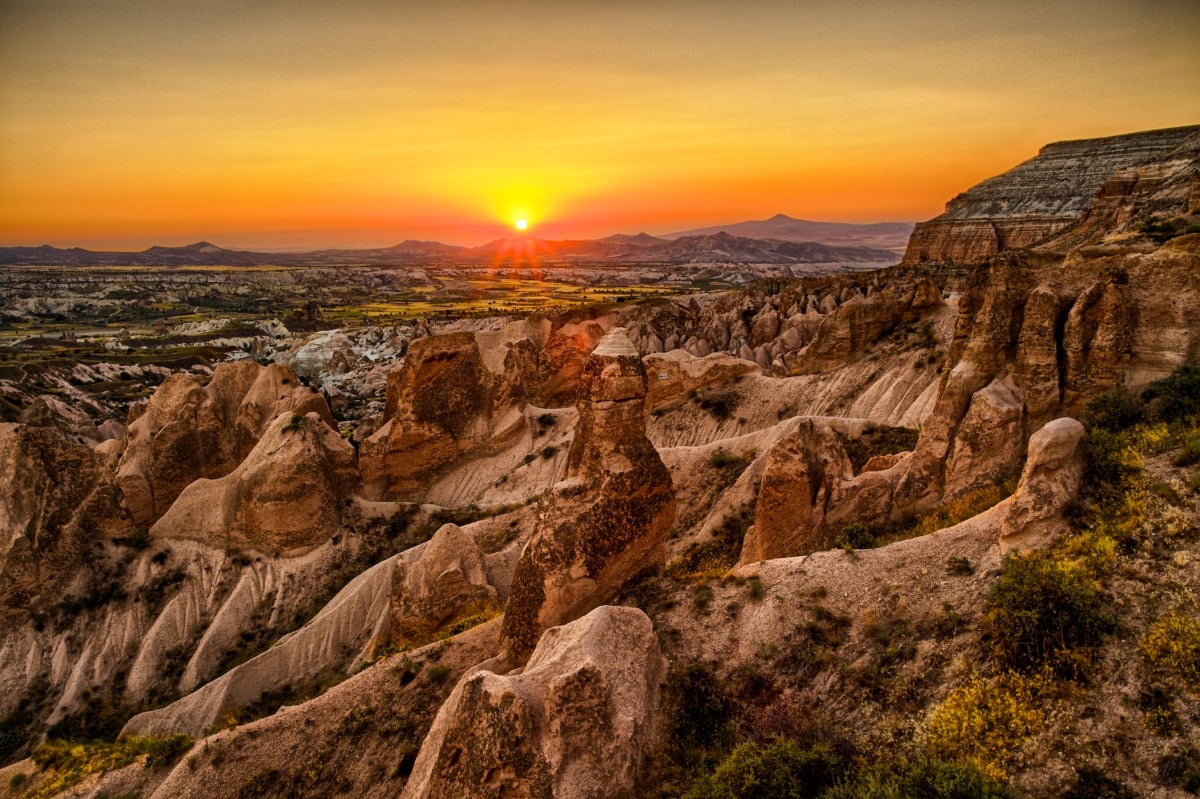 In a process that spanned centuries, the people living within the region transformed Cappadocia. Individuals dug an intricate series of man-made homes, churches and storehouses deep into the earth’s shell, with as many as eight complete stories buried underground. Eventually, the location became a refuge for Christians escaping from Roman persecution. These people excavated many of the existing living quarters and religious centers and painted Byzantine frescoes. To this day, Cappadocia, Turkey remains one of the best places to view Byzantine art, among other cultural and historical treasures. 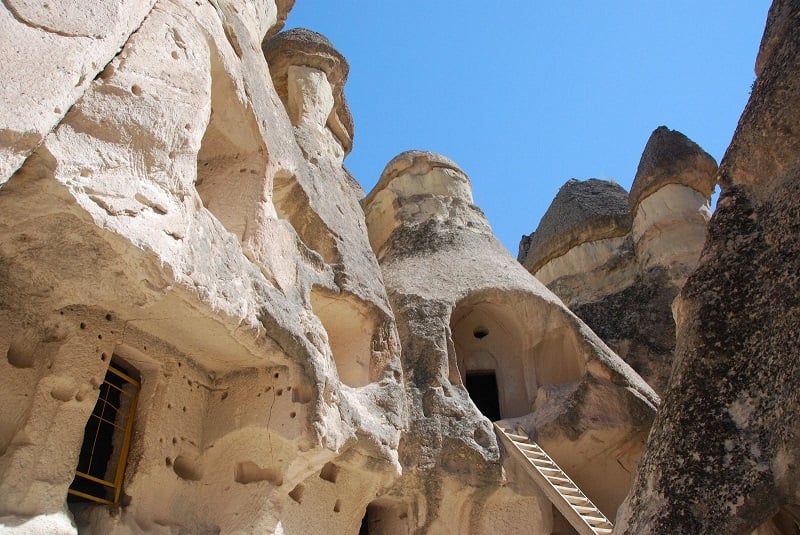 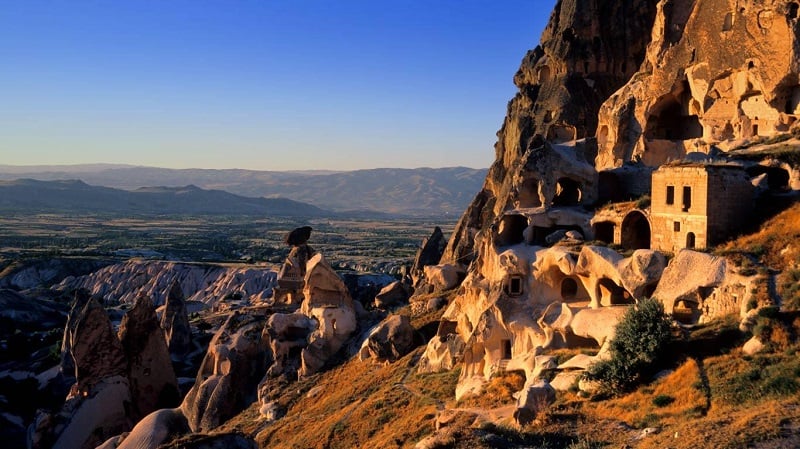 People flock to Cappadocia from all over the world, each person looking for something different. Visitors can check out underground caves in the Göreme Valley, stay at big hotels in the more developed city of Urgup, stop by the rock monumental castle in Uchisar or spend an afternoon in Avanos, where Turkey’s longest river passes through town. Hot air balloon tours remain a popular attraction, as Cappadocia has been ranked one of the world’s top places for hot air ballooning. The area is listed as a UNESCO World Heritage Site. 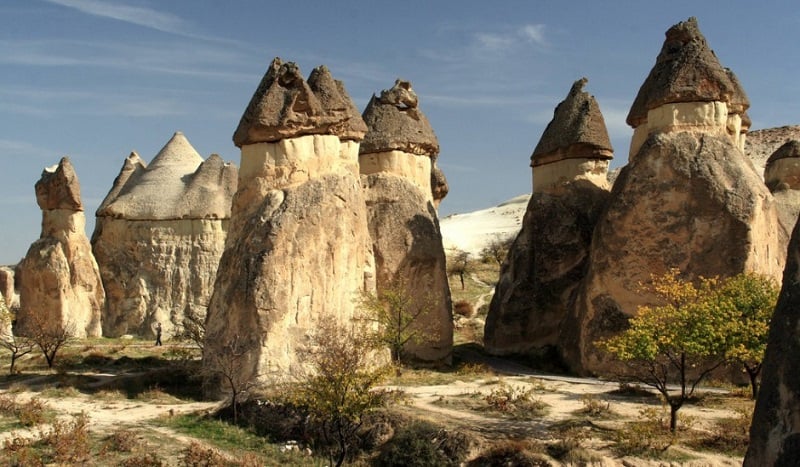 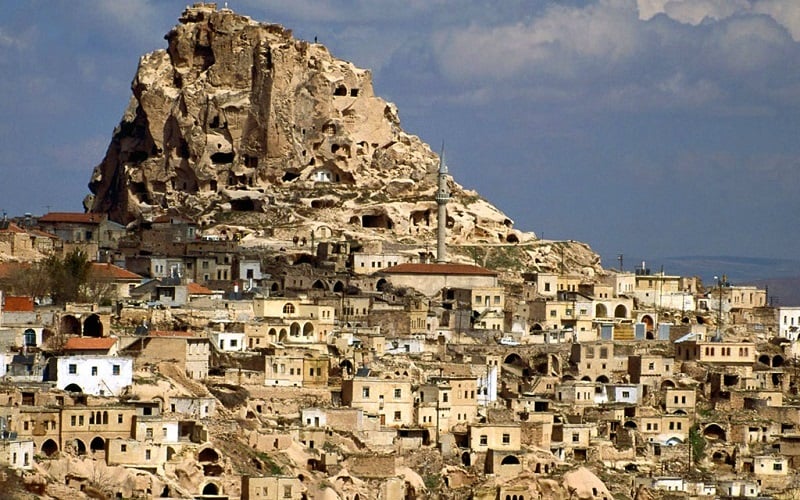