Using sand to bring his visions to the material world, Carl Jara puts your average sandcastle to shame. 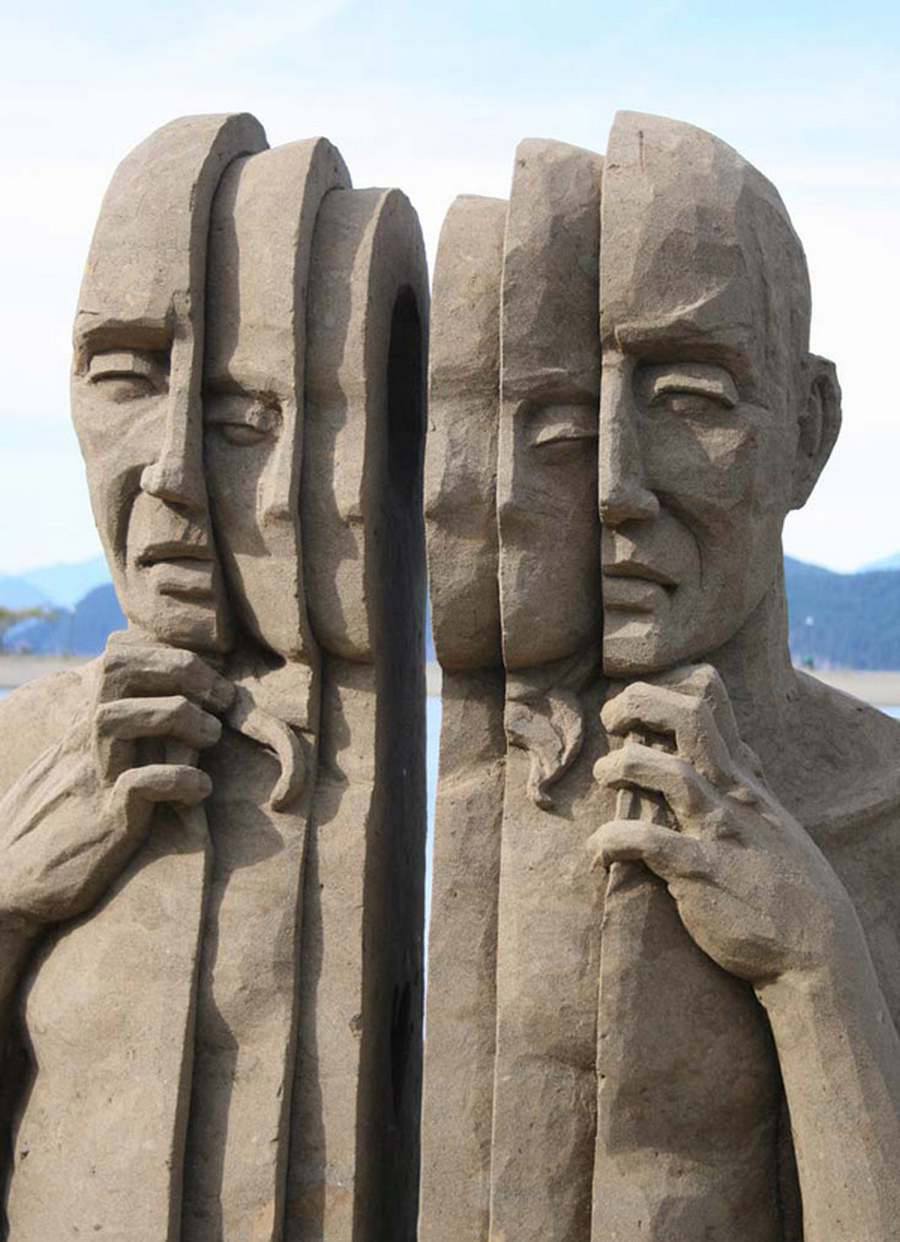 Master sand-sculptor Carl Jara showcases his broad imagination and attention to detail in each of his wondrous sand creations. A far cry from your average sandcastle, creating these epic sculptures is a major undertaking. Massive amounts of sand (obviously), large structural support objects, and big rig trucks to supply the large amounts of water are needed throughout the sculpting process. Along with actually transferring an artist’s vision unto billions of grains of sand, it’s no surprise that it takes nearly three whole days to complete a competition sculpture. 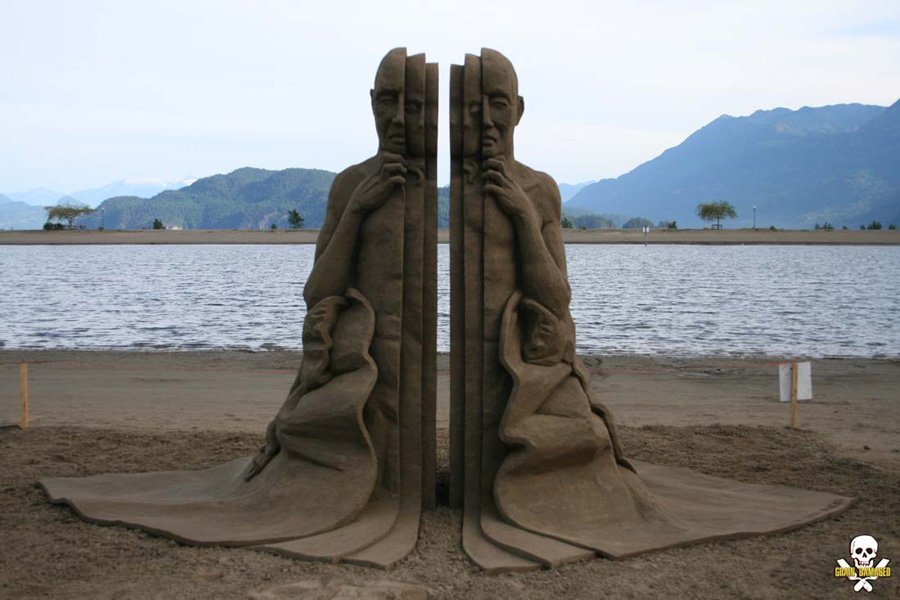 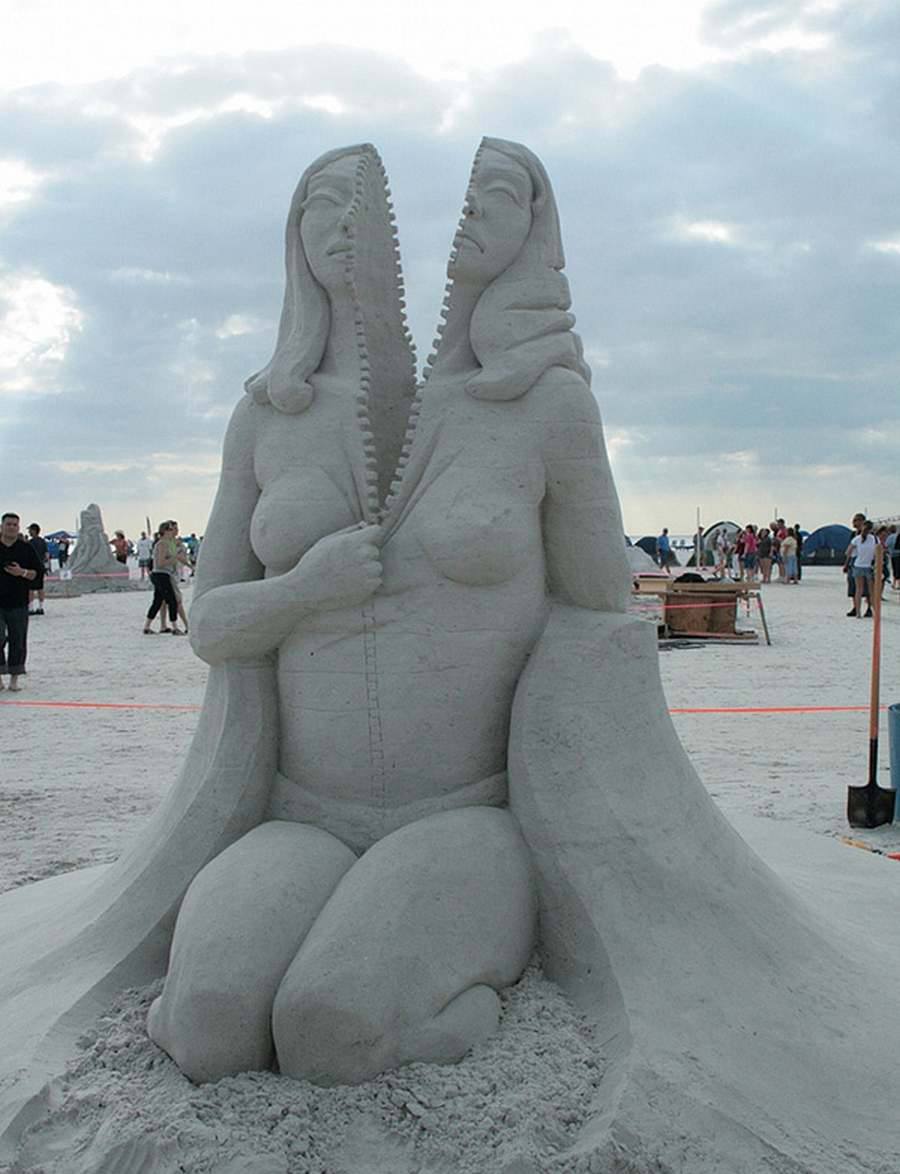 A resident of the decidedly beach less greater Cleveland area for nearly his entire life, Jara didn’t set out to be a sand sculptor. In high school, he knew he wanted to be an artist of some sort, so he took every art class offered by the school, and then took them all again when he ran out of options.

When Jara’s art teacher had exhausted ways to further his progression within existing art curriculum, Jara went to work with the school’s stage crew. Here he met Tom Morrison, a firefighter and a life-long president of the International Association of Sand Castle Builders. Mr. Morrison took Carl under his wing and taught him the basics of not only sand sculpting, but the building blocks of business. 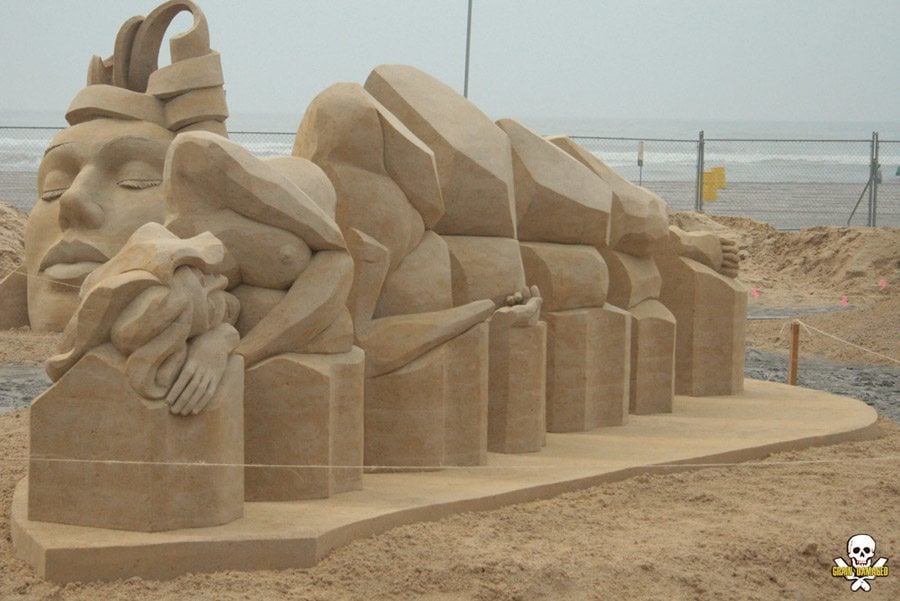 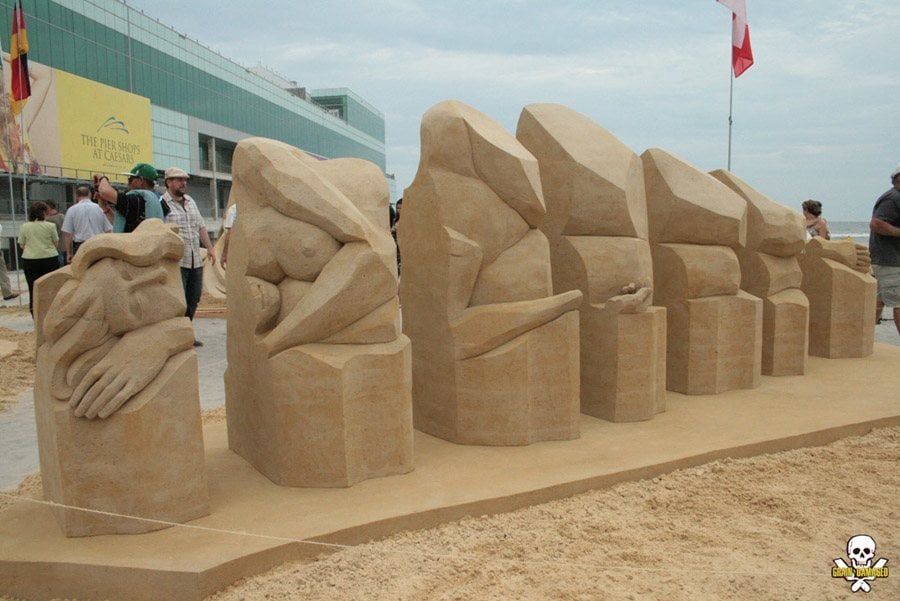 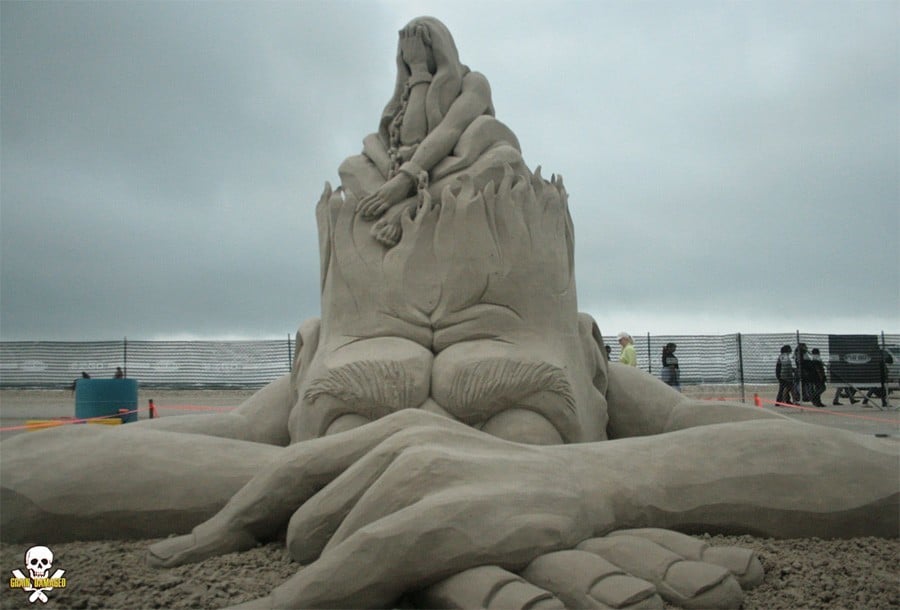 After high school, Jara enrolled at the Meyers School of Art in Akron, Ohio. While studying illustration and graphic design, Jara continued to work with Morrison and was introduced to a community of professional sand sculptors. When his Bachelor of Fine Arts exhibition finally rolled around, Jara realized that he did not possess the talent or desire to become a graphic designer. 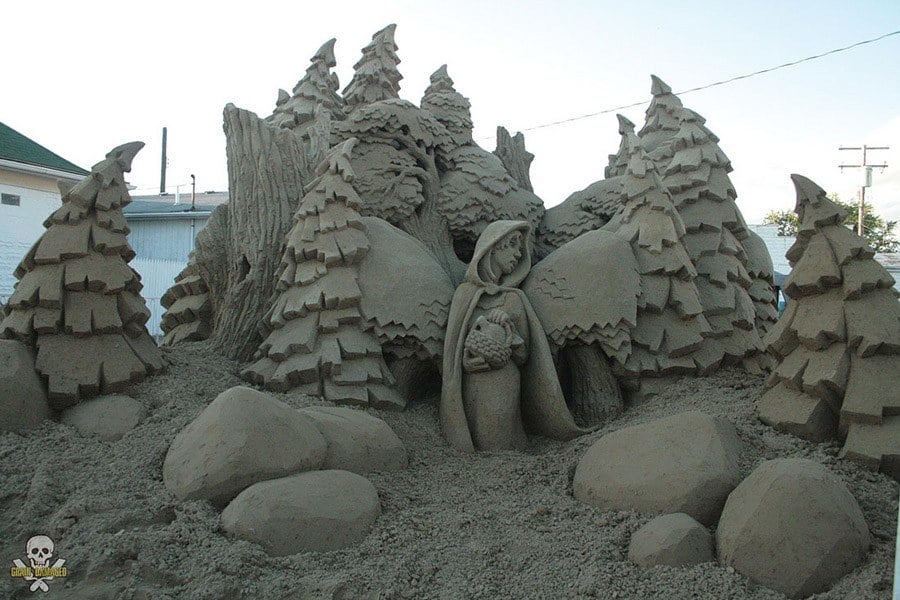 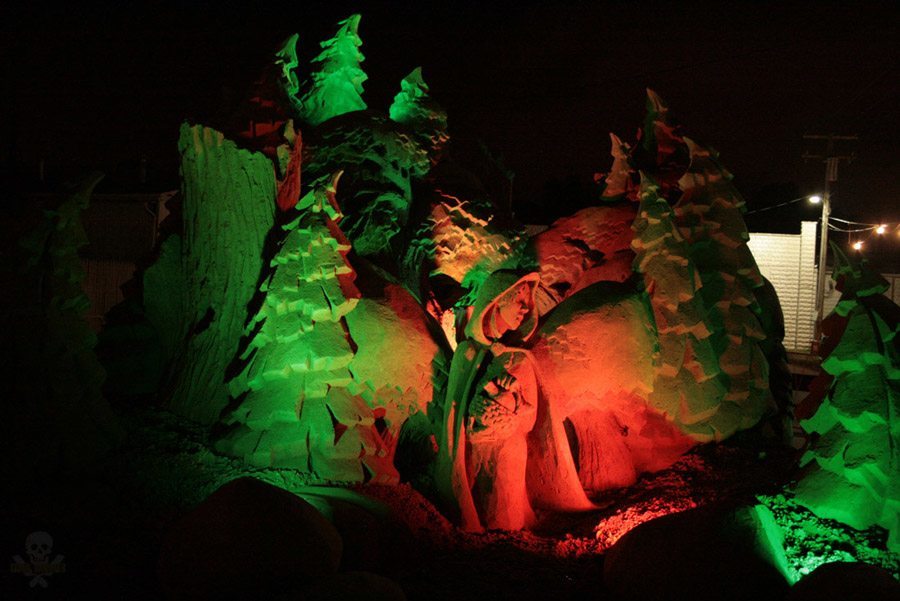 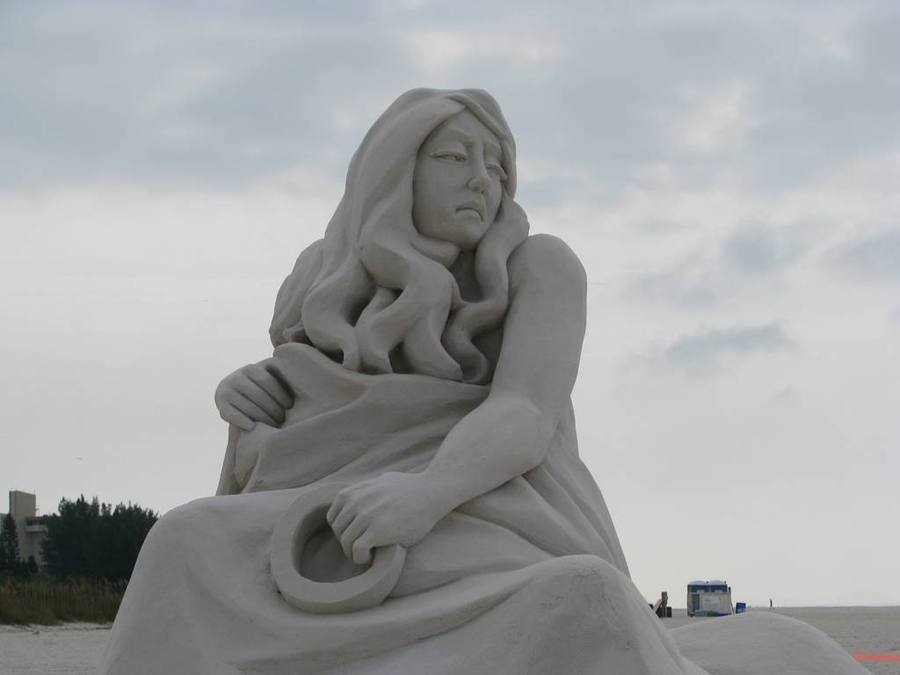 What Jara did know was that he had the desire to sculpt, and his talent was evident. Case in point being the fifteen-foot sand sculpture he had created that resided in the in the school gallery and would soon grace the front pages of every local newspaper. Stories of this creation were also broadcasted on the evening news. Jara says this was the moment that both decided and launched his career. 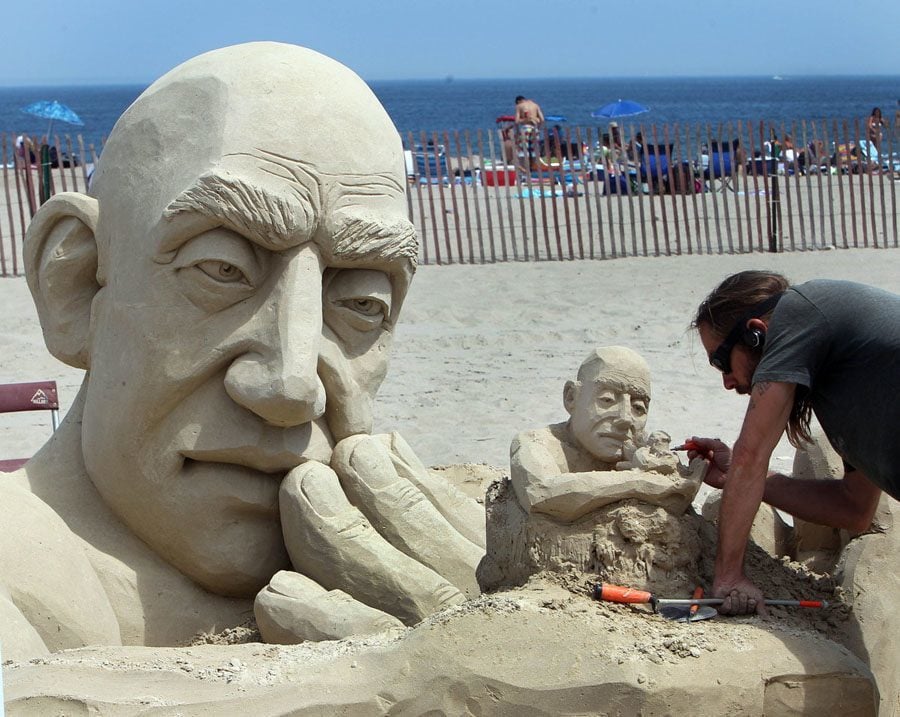 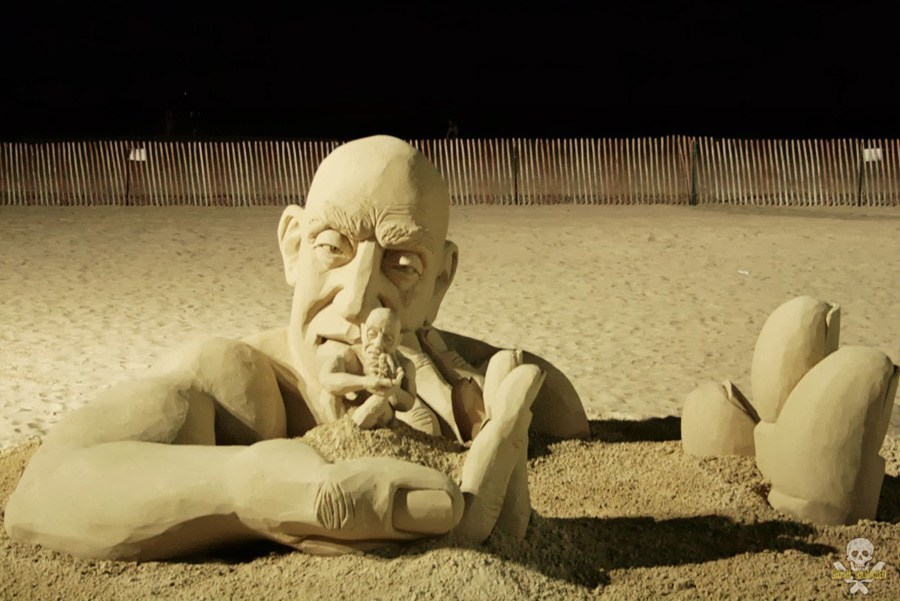 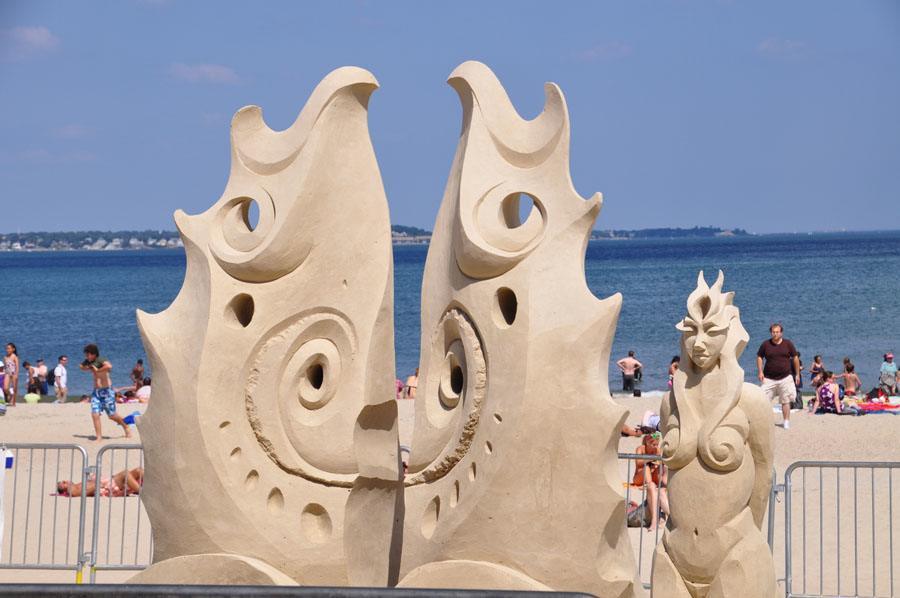 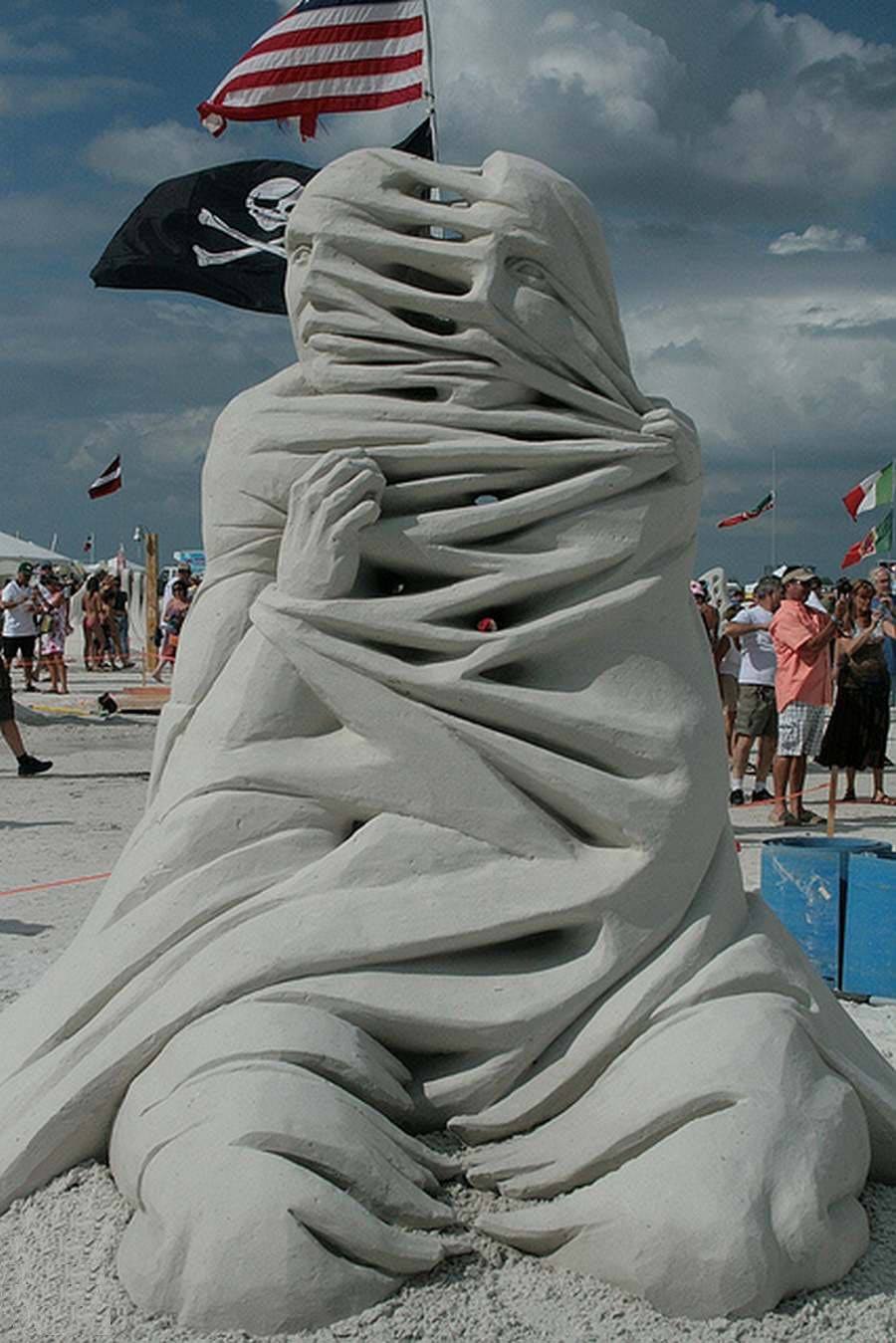 Carl Jara has created masterpieces for Oktoberfest celebrations, fairs, carnivals, and countless contests, all of which are as varied as they are technically immaculate. Professional sand sculpting is a very competitive field, and as you can see on his Flickr page, many of his peers are just as talented. 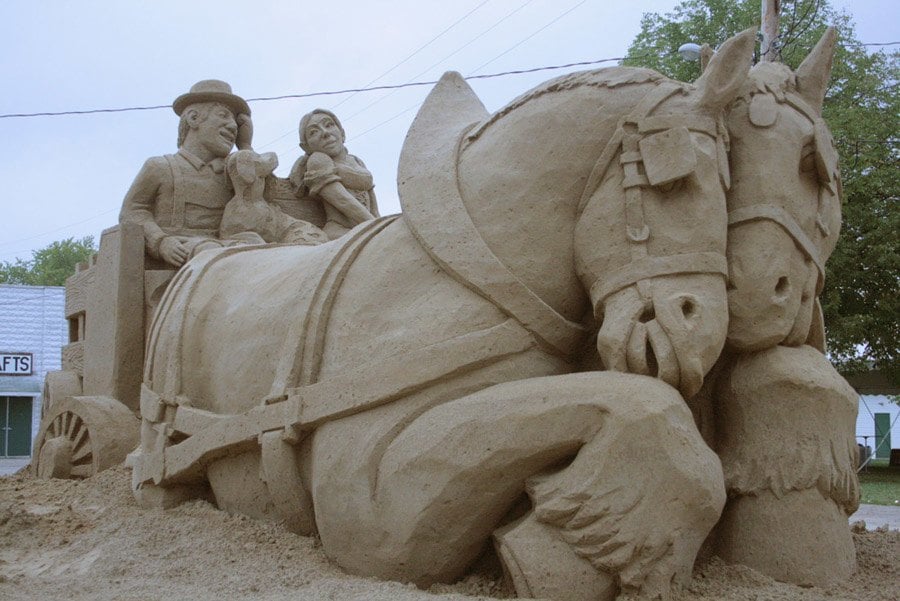 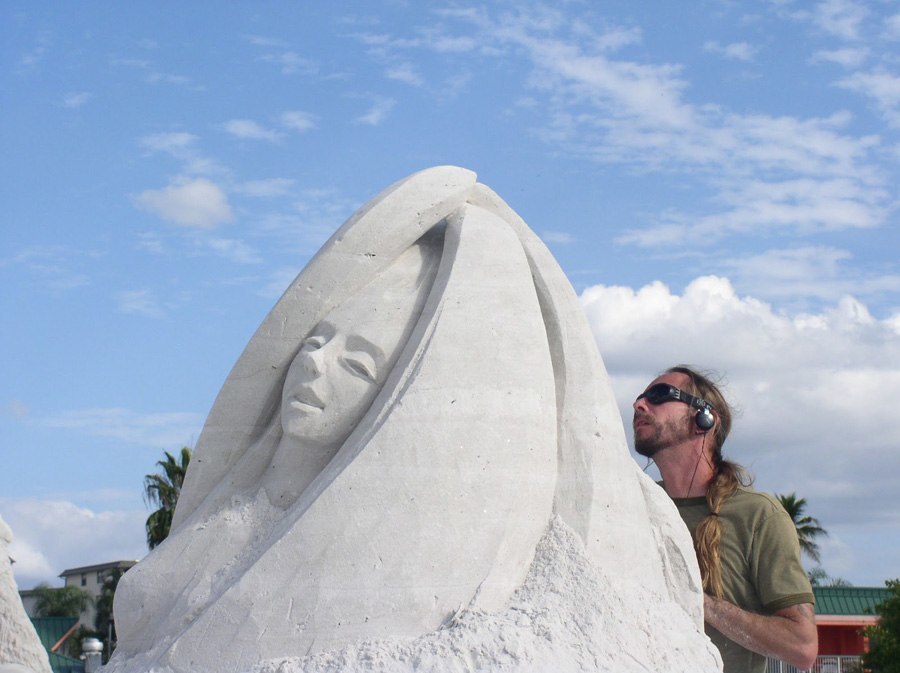 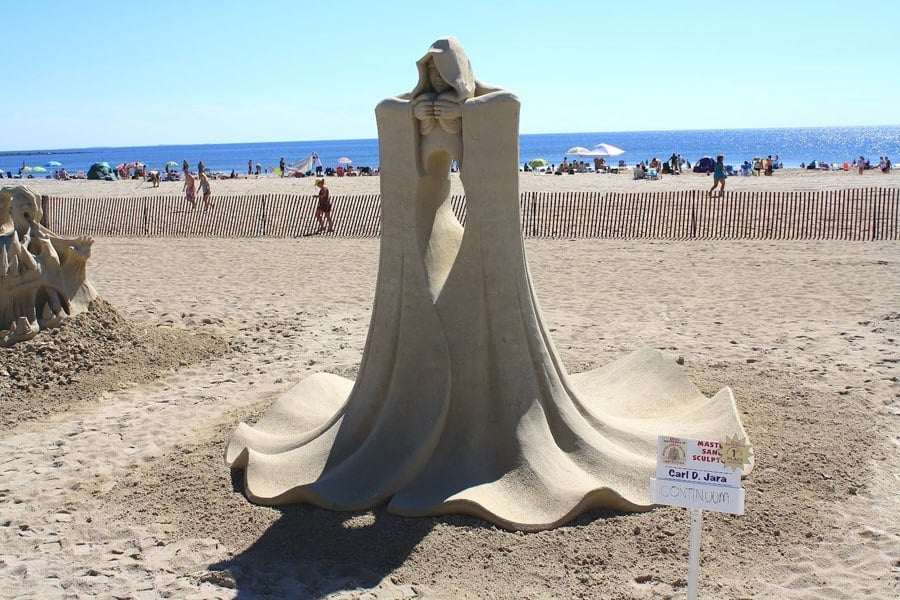 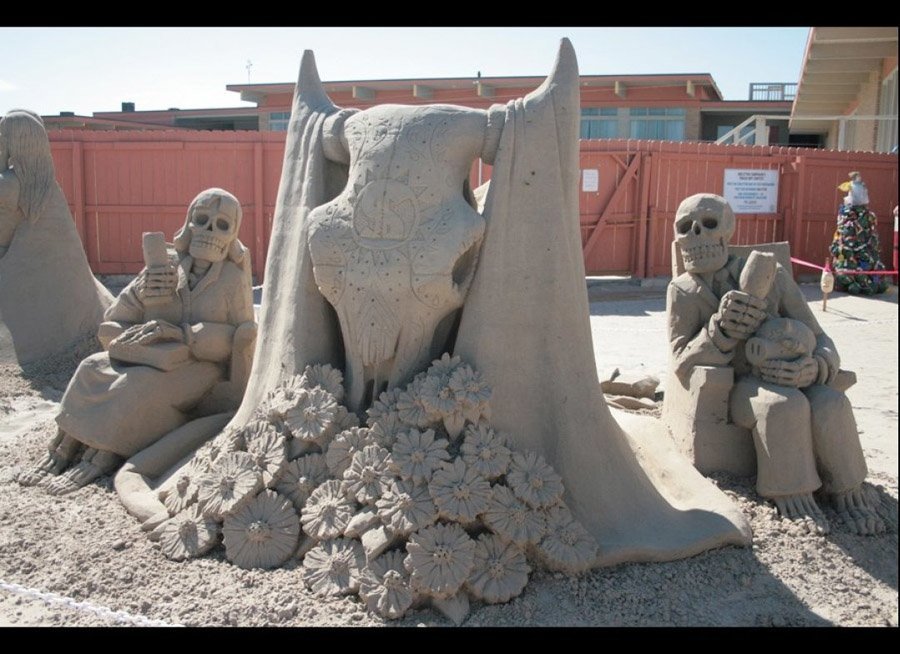 Nevertheless, Carl Jara’s work still catches more metal than his contemporaries. Jara currently holds nine World Championship medals and more than three dozen medals from other contests. He has been featured twice on the Travel Channel’s series Sand Blasters. Jara’s talent has taken him to 1 different countries, and more than two dozen states to date. He says he will “continue to carve out my living in the sand.”

Watch a time-lapse video of a competition sculpture being created below.