From trying to "cure" homosexuality to severing dogs' heads to study artificial lungs, we give you the most WTF science experiments known to humankind.

History is filled with examples of cruel and unusual experiments performed on human beings and animals for the so-called sake of advancing science. Even at the time they were performed, such experiments should have been considered crazy. And today, at the very least they should elicit a “WTF?”

In some cases it seems that the psychology professionals administering the tests were the crazy ones—not the subjects involved. In the following experiments, the victims can be categorized into five groups: chimps, dogs, gays, unsuspecting participants, and Jews. 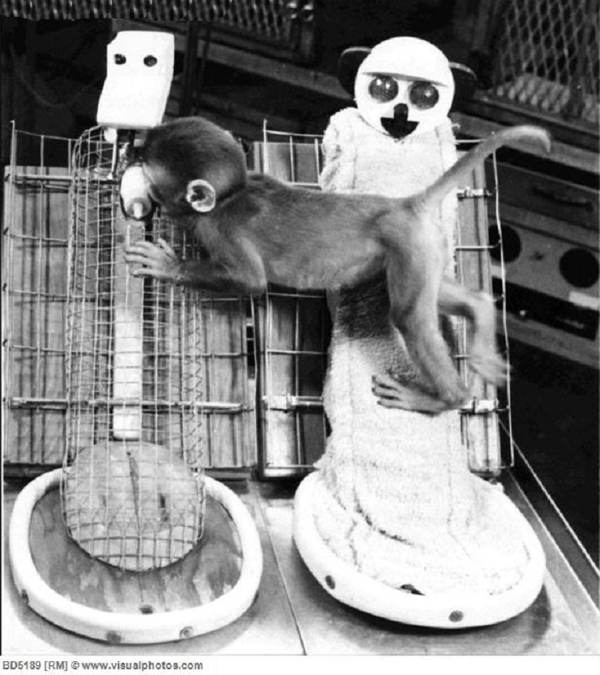 Harry Harlow experimented on monkeys by depriving them of all stimulation for as long as a year in a device he called the ‘pit of despair.’ Source: Indian Institute of Technology

As disturbing as the experiments by Dr. Harry Harlow on rhesus monkeys were, they did generate some—albeit inadvertent—“good” results. Public outrage at Harlow’s work comprised one of the early steps toward the United States animal rights movement, which aims to wipe out the use of animals in the research, food, clothing and entertainment industries. His work is also said to be partially responsible for various ethical standards established for scientific study.

Harlow conducted his work at the University of Wisconsin-Madison where he did studies on maternal separation, dependency needs, and social isolation. Harlow utilized a number of questionable devices in his studies, the most objectionable of which being the incredibly cruel “pit of despair.”

Also called the “well of despair,” the isolation chamber allowed baby monkeys to be left alone in darkness for up to one year from birth, or repeatedly isolated from their peers. The result was severely psychologically disturbed monkeys that became models for human depression. 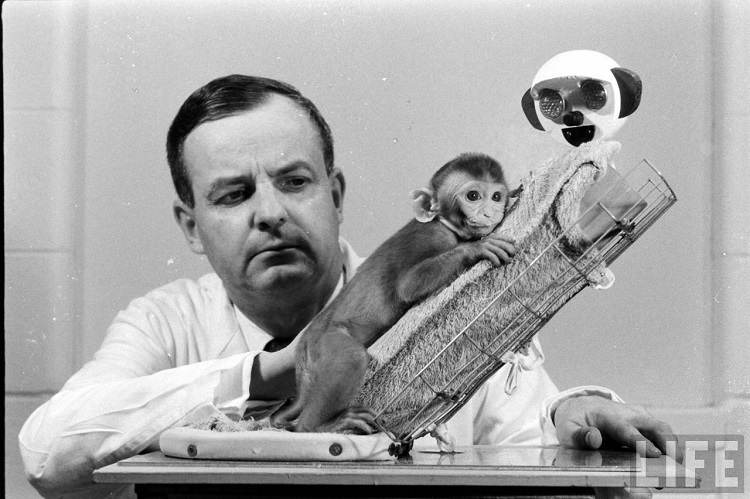 Dr. Harry Harlow with one of his test monkeys.

In his own words, Harlow wrote, “One of six monkeys isolated for three months refused to eat after release and died five days later…the effects of six months of total social isolation were so devastating and debilitating that we had assumed initially that twelve months of isolation would not produce any additional decrement. This assumption proved to be false; twelve months of isolation almost obliterated the animals socially.” 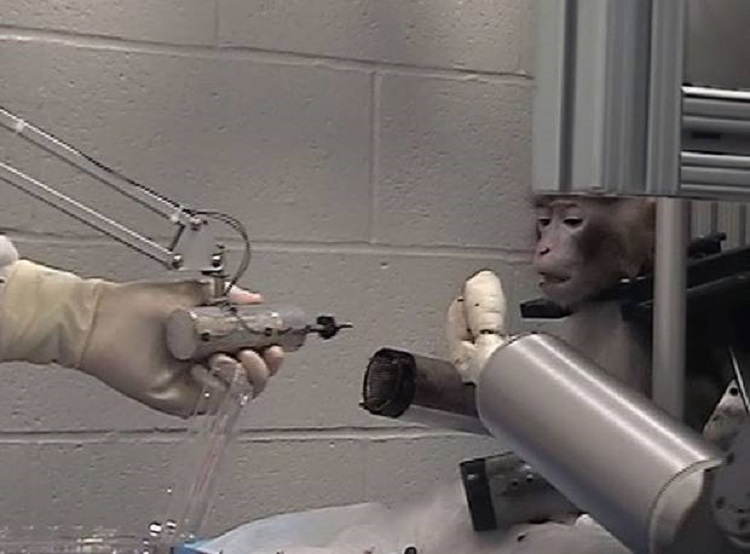 Chimpanzees and monkeys have long been used for scientific experiments Source: The Independent

Scientific research on chimps has been going on since 1923–when psychobiologist Robert Yerkes began using them for behavioral studies–and continues to the present. However, the United States has made progress after a blue-ribbon committee for the Institute of Medicine began looking into their ethical treatment and in 2011 established strict guidelines for chimp testing.

In 1969, monkeys were given access to destructive drugs and then left to their own devices for a study on drugs and addiction in humans. Source: Listverse

The standards came too late for those animals that suffered through the “monkey drug trials” of 1969. In those experiments, anonymous researchers gave monkeys and rats the means and supplies to inject themselves with a wide array of dangerous drugs, including cocaine and morphine, to study the effects of drugs and addiction in humans.

The animals became so disturbed that some broke their arms trying to escape. Others tore off their fingers or removed all the fur from parts of their bodies; still others died from the experiments within two weeks. 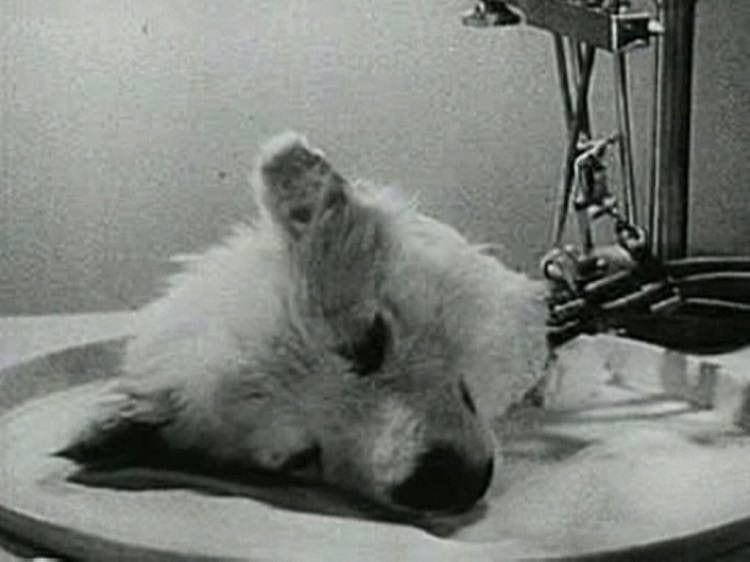 Perhaps it was Pavlov who inspired other Russian scientists to use dogs for experiments. But when compared to his rather benign conditioned reflex studies, some of Pavlov’s comrades went too far in using dogs to test a hypothesis. An apt example would be Soviet physician Sergei Brukhonenko, who used dogs to ensure that his primitive heart-lung machine, which he called an “autojector,” would work.

In a gruesome show of success, Brukhonenko used the device to keep the severed heads of dogs alive. When the Third Congress of Physiologists convened in 1928, Brukhonenko displayed one of his living dog heads for the international audience. To demonstrate that the dog head was actually living, the doctor banged a hammer, shined a light in the dog’s eyes and even fed it a piece of cheese to show that the disembodied head would react. 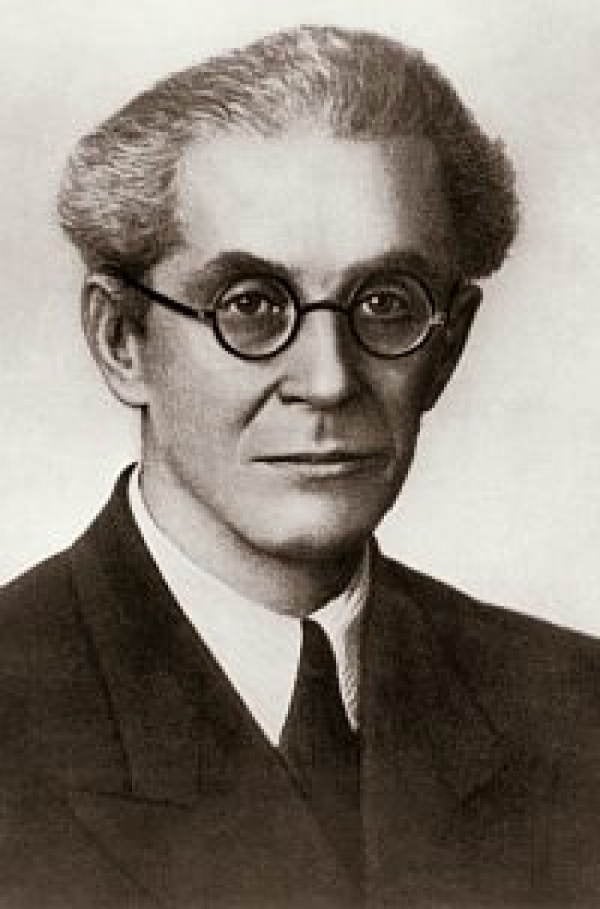 A few decades later, in 1954, Vladimir Demikhov unveiled an even more macabre experiment. In his efforts to perfect surgical techniques that could lead to the possibility of human heart and lung transplants, Demikhov created a two-headed dog by grafting the head, shoulders, and front legs of a puppy onto the neck of a grown German shepherd. 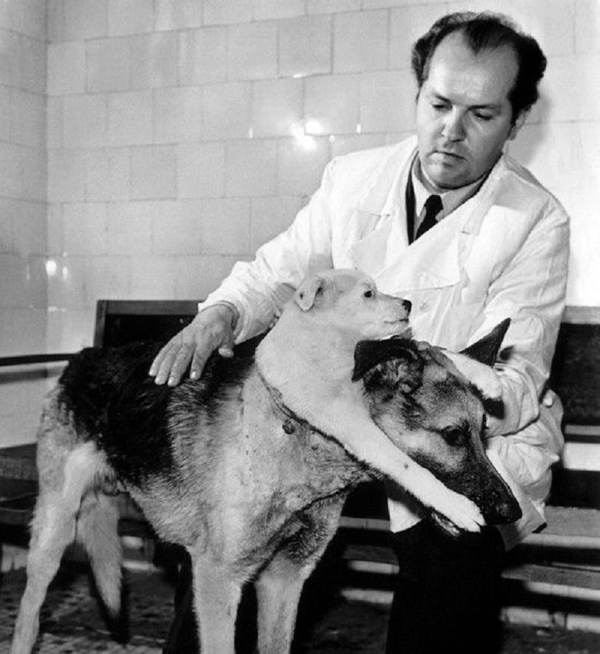 Demikhov unveiled his Frankensteinian Fido in front of journalists who watched as the two heads behaved and acted independently of each other. Instead of being appalled, people spoke of how the experiment illustrated proof of Russia’s advancement in medicine. 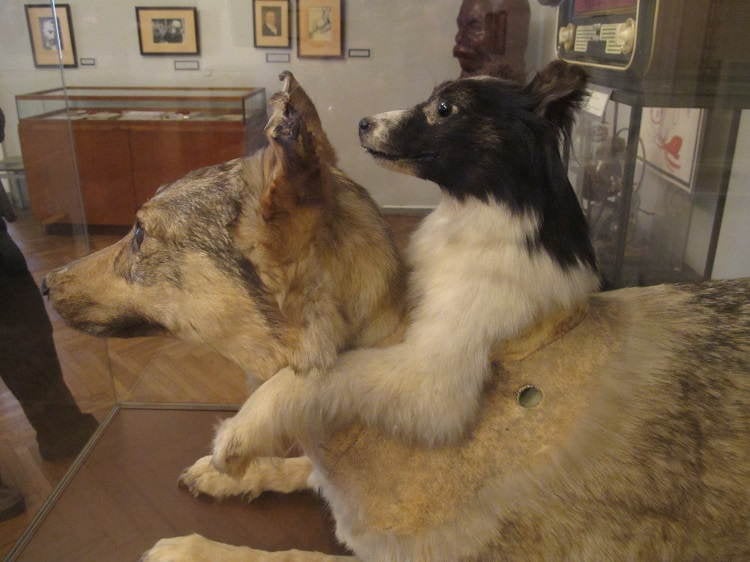 A taxidermy example of one of Demikhov’s experiments at the P. Stradins Museum for History of Medicine.

Demikhov created 20 such deformed dogs over more than a decade, trying each time to keep one alive for a long period. None lived more than a month.