How Vladimir Demikhov Actually Made A Two-Headed Dog

Though it's hard to believe that Soviet scientist Vladimir Demikhov actually made a two-headed dog, these surreal photos are the proof.

Calling Soviet doctor Vladimir Demikhov a mad scientist may be undercutting his contributions to the world of medicine, but some of his radical experiments certainly fit the title. Case in point — though it may seem like myth, propaganda, or a case of photoshopped history — in the 1950s, Vladimir Demikhov actually created a two-headed dog.

Even before creating his two-headed dog, Demikhov was a pioneer in transplantology — he even coined the term. After transplanting a number of vital organs between dogs (his favorite experimental subjects) he aimed, amid much controversy, to see if he could take things further: He wanted to graft the head of one dog onto the body of another, fully intact dog. 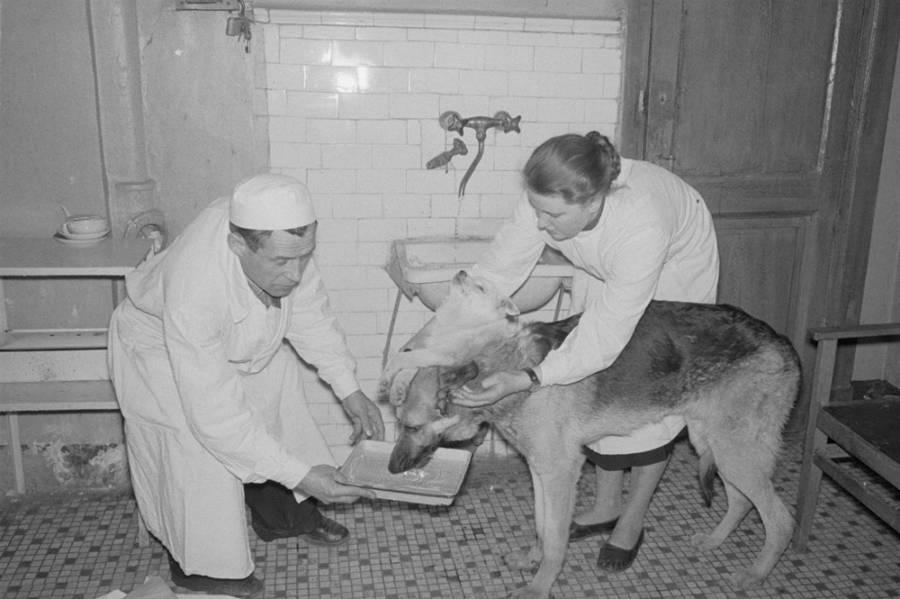 Bettmann/Getty ImagesLaboratory assistant Maria Tretekova lends a hand as noted Russian surgeon Dr. Vladimir Demikhov feeds the two-headed dog he created by grafting the head and two front legs of a puppy onto the back of the neck of a full-grown German shepherd.

Starting in 1954, Demikhov and his associates set about performing this surgery 23 times, with varying degrees of success. The 24th time, in 1959, was not the most successful attempt, but it was the most publicized, with an article and accompanying photos appearing in LIFE Magazine. This is thus the two-headed dog that history remembers most.

For this surgery, Demikhov chose two subjects, one a large stray German Shepherd that Demikhov named Brodyaga (Russian for “tramp”) and a smaller dog named Shavka. Brodyaga would be the host dog, and Shavka would supply the secondary head and neck.

With Shavka’s lower body amputated below the forelegs (keeping her own heart and lungs connected until the last minute before the transplant) and a corresponding incision in Brodyaga’s neck where Shavka’s upper body would attach, the rest was mainly vascular reconstruction — other than attaching the vertebrae of the dogs with plastic strings, that is. 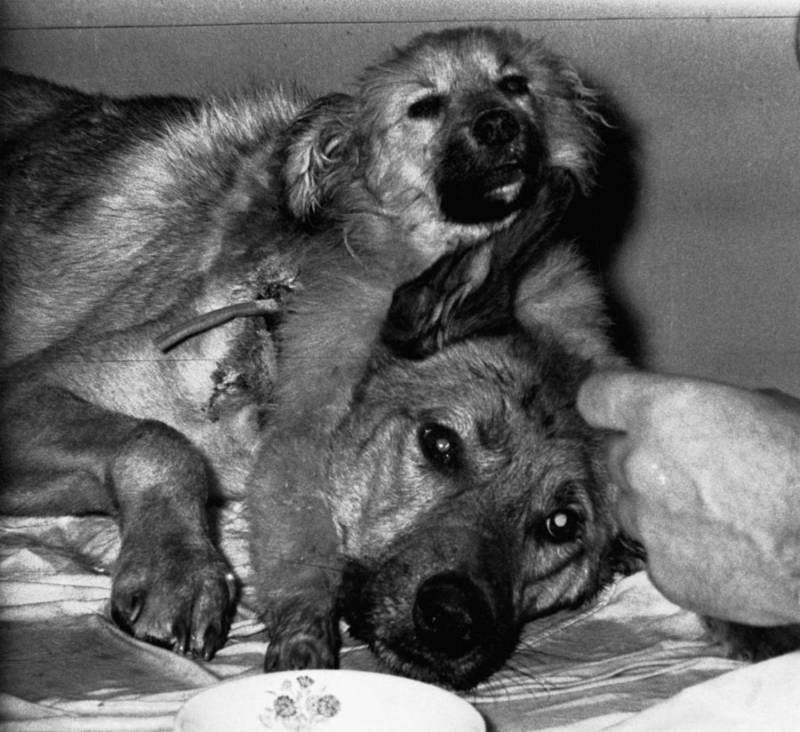 Thanks to the team’s wealth of experience, the operation took a mere three and a half hours. After the two-headed dog was resuscitated, both heads could hear, see, smell, and swallow. Although Shavka’s transplanted head could drink, she was not connected to Brodyaga’s stomach. Anything she drank flowed through an external tube and onto the floor.

In the end, this two-headed dog lived only for just four days. Had a vein in the neck area not accidentally gotten damaged, it may have lived even longer than Demikhov’s longest-living two-headed dog, which survived 29 days.

Even setting aside the deaths of the canine subjects, the moral implications of Demikhov’s experiment are tricky. This head transplantation, unlike some of his other advancements in the field of transplantology, had no real-life applications. Yet there were certainly very real implications for the dogs. 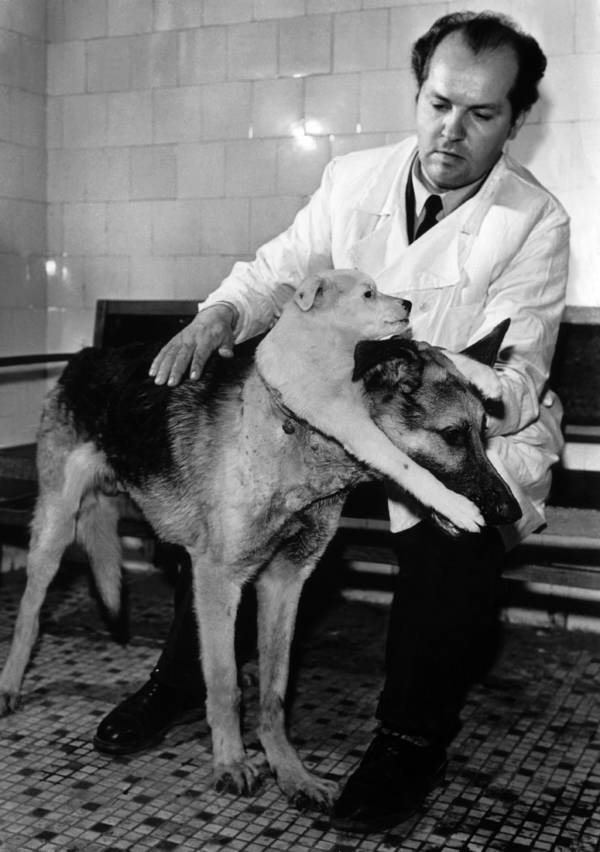 However, as outrageous as this all sounds, a head transplant wasn’t even that radical for the 1950s. As early as 1908, the French surgeon Dr. Alexis Carrel and his partner, American physiologist Dr. Charles Guthrie, attempted the same experiment. Their dual-headed canine initially showed promise, but degraded quickly and was euthanized within a few hours.

Today, Italian neurosurgeon Sergio Canavero believes that head transplants will be a reality in the very near future. He is closely involved in the first human attempt, which is slated to occur in China, where there are fewer medical and ethical regulations. Canavero said last year, “They have a tight schedule but the team in China say they are ready to do it.”

Nevertheless, most everyone else in the medical community believes that a transplant of this kind is still science-fiction fodder. But in the not-too-distant future, such a surgery may actually become a reality.

After this look at how Vladimir Demikhov created a two-headed dog, see some astounding photos of two-headed animals found in nature. Then, read up on Laika, the Cold War-era Soviet dog who was sent into space and became the first animal to orbit the Earth.