Carlina White was snatched from a Harlem hospital as an infant in 1987 and raised as “Nejdra Nance” by her kidnapper Annugetta Pettway, who claimed to be her mother.

On Aug. 4, 1987, Joy White and Carl Tyson rushed their newborn daughter, Carlina White, to the hospital due to a fever. Little did these new parents know, however, that this night would be the last time they would see their child for the next 23 years.

A woman dressed as a nurse kidnapped Carlina White from the hospital and raised the child as her own. It was a full two decades later, when Carlina White was due to become a mother herself, that she discovered the truth. 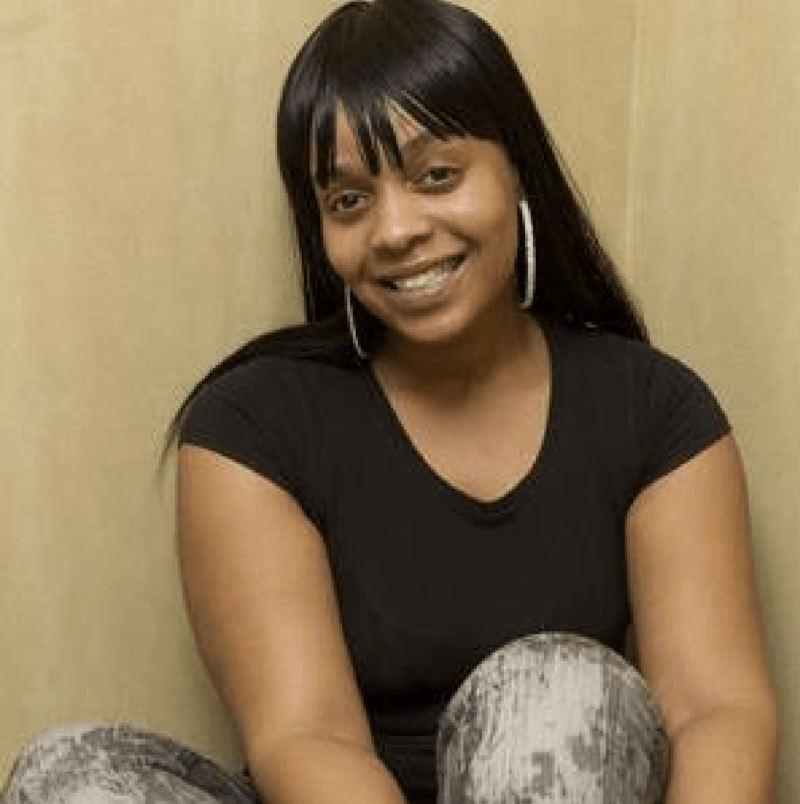 Suspicious that her “mother” wasn’t who she said she was, White began doing research on the website for the National Center for Missing and Exploited Children (NCMEC), and she soon saw herself in their database. She then reached out to the organization, which put her in touch with her birth parents.

Finally, more than 23 years after her kidnapping, White was reunited with her parents in 2011. And though this reunion brought cathartic closure, White soon struggled to navigate her new life after living while unwittingly trapped in a lie for so many years.

The Kidnapping Of Carlina White

Carlina Renae White was born in the Harlem neighborhood of New York City on July 15, 1987. Her parents were thrilled about the new addition to their family, but when White was just 19 days old, she developed a high fever.

They rushed her to the hospital, where doctors discovered White had an infection from swallowing fluid during her birth. She was placed on intravenous antibiotics to fight the infection, and Joy White and Carl Tyson waited anxiously for news of their daughter’s condition.

Shockingly, between 2:30 a.m. and 3:55 a.m., someone removed the IV from baby White and abducted her from the hospital. Though the hospital had a surveillance system, it was not working at the time of the abduction, and there were few potential witnesses.

Later, Carl Tyson recalled that a woman wearing a nurse’s uniform directed them upon their arrival, and he saw her again while looking for a phone to update White’s grandparents on her condition.

Tyson and Joy White decided that she would stay at the hospital with the baby, but she needed to get some things from home first. As reported by New York magazine, Tyson dropped his girlfriend at her house and returned home to try to get some sleep. He had just managed to doze off when the phone rang.

It was the police calling from Joy White’s apartment. They told him his daughter was missing while his girlfriend screamed in the background.

It was the first time an infant had been abducted from a New York hospital, and no one knew how it had happened. Nurses said they had checked on baby White every five minutes and had discovered she was missing at 3:40 a.m.

Soon, details began to emerge that for several months, a strange woman had been seen at the hospital. She passed herself off as a nurse, and even the other nurses belived her. It was the same woman who had given Tyson directions earlier.

A security guard had seen someone matching the woman’s description leave the hospital around 3:30 a.m. She didn’t have a baby with her, but he believed it was possible that the missing infant had been hidden in her smock.

The last thing Joy White could recall about the “nurse” was a bizarre comment she made as her newborn daughter was admitted: “The baby don’t cry for you, you cry for the baby.” She now believes it was the woman’s attempt to get rid of her.

Police began a thorough investigation, and for a while they thought they had a suspect. But they soon came to a dead end, and the case of Carlina White’s kidnapping went cold.

Carlina White Discovers The Truth About Her Past

The mysterious “nurse” from the hospital was Annugetta “Ann” Pettway of Bridgeport, Connecticut. Pettway had been in trouble with the law several times as a teen on charges of larceny, theft, and forgery, but police who knew her said she “wasn’t a hell-raiser.” As an adult, she struggled with a drug addiction.

In 1987, Pettway told her friends she was pregnant, and a friend later said Pettway left town for a while before returning with a child. Friends and family assumed she’d gone elsewhere to give birth to the baby, presumed to be the daughter of her on-again, off-again boyfriend Robert Nance.

Carlina White grew up believing her name was Nejdra Nance. She spent her childhood in Bridgeport, Connecticut, before she and Pettway moved to Atlanta, Georgia. Growing up, White sometimes wondered if Pettway was her real mother. Her skin was much lighter than Pettway’s, and though relatives often called her “little Ann,” she didn’t see a physical resemblance at all. 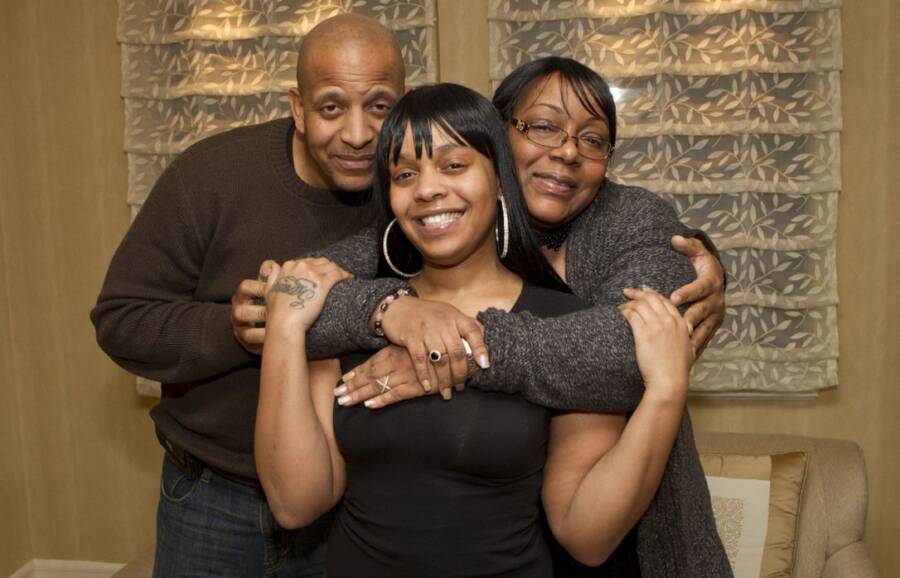 In 2005, White became pregnant. To secure medical assistance from the state, she had to provide her original birth certificate.

White asked Pettway for the document, but she couldn’t provide it. After White pressed her about it for several days, Pettway finally gave her the birth certificate — but when White tried to submit it, officials said it was a forgery.

Pettway finally had to confess to White that she wasn’t her biological mother. She claimed that White was abandoned by her mother at birth. Pettway kept repeating, “She left you and never came back.”

For the next year, White kept pressing Pettway for more details about her birth mother, but Pettway claimed she couldn’t remember anything. At that point, 23-year-old White started scouring the internet for clues as to her true identity.

At first, White only searched for kidnappings that had occured near Bridgeport, Connecticut. It wasn’t until 2010 that she visited the NCMEC website and expanded her search outside of her home state.

There, she found a photo of a baby who had been kidnapped in 1987 and looked just like her own daughter, Samani. The infant even had the same birthmark as White.

The Connecticut Post reports that Pettway’s sister Cassandra Johnson helped White reach out to NCMEC in December 2010. The center quickly contacted Joy White and Carl Tyson to inform them their long-lost daughter was found.

An Emotional Reunion After 23 Years

NCMEC reached out to Joy White and Carl Tyson through email just before Christmas 2011. DNA testing was performed to confirm that Carlina White was indeed their child.

For the next few weeks, White was in constant contact with her birth parents, but she sometimes struggled to form a relationship with them. She recalled, “The mom had that mother instinct. The dad is like I was talking to a stranger.”

Nevertheless, the family continued to try to build a relationship, and White flew to New York to meet them for the first time. Her mother picked her up at the airport, and she was welcomed by her extended family with open arms.

“It was wonderful, she didn’t even seem like a stranger, she just fit right in,” White’s biological grandmother Elizabeth White said. “We all went up there, we had dinner together, her aunts were there. She brought her beautiful daughter. It was magic.”

After a quick visit, White returned to the airport to catch her flight back to Atlanta. Before she boarded her plane, she was stopped by a police detective who told her that her DNA results had come back and that Joy White and Carl Tyson were indeed her biological parents.

When national news broke of the reunion, White flew back to New York to do a series of interviews which she felt forced parts of the new relationship that hadn’t developed yet. She began to think about Pettway, who at the time was on the run from the FBI. Carlina White pulled away from her birth parents and returned home to Atlanta.

The Saga Of Carlina White’s Kidnapping Comes To An End 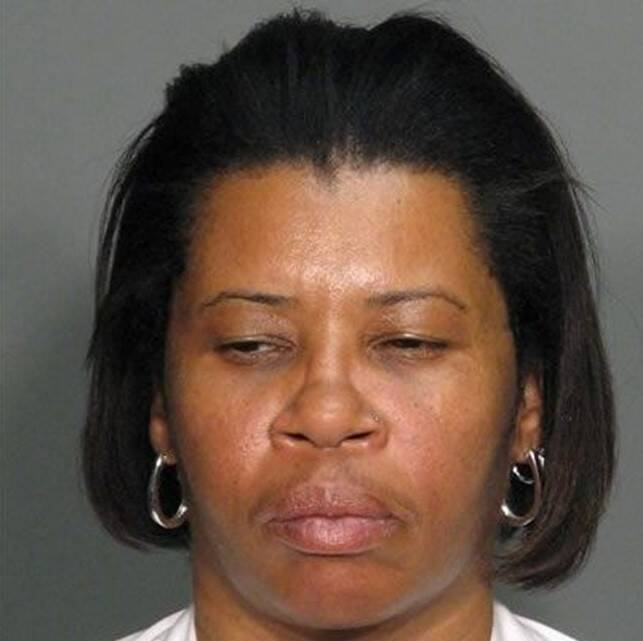 On Jan. 23, 2011, Annugetta Pettway turned herself in to the FBI after a warrant was issued for her arrest. According to The New York Times, Pettway explained that she kidnapped White after suffering several miscarriages in an attempt to fill the emptiness they left behind.

White recognizes that she caused her biological family pain when she pulled away after meeting them, but she was overwhelmed by the media attention and felt guilt about abandoning the family who raised her.

Now, the former Nejdra Nance has legally changed her name to Carlina White, but she informally goes by Netty — a name she chose all for herself. She has reconnected with her biological parents but admits that she still has love for the woman she called “Mom” for the first 23 years of her life.

White explained, “There was a part of me that wasn’t even there, and now I feel whole. Even in the beginning of the year, with all the drama and stuff, I was kind of cloudy. But now I know who I am. That’s the main thing — just to find out where you come from and who you are.”

After reading about the kidnapping of Carlina White, read about the Ariel Castro kidnappings and how his victims escaped 10 years of abuse. Then, learn more about the Jim Twins, who were separated at birth only to discover they lived the same life.