On Jan. 2, 2000, Zebb Quinn ended his shift at Walmart and left with a co-worker, never to be seen again. It would be 17 years before police would finally uncover evidence suggesting that it was that co-worker who'd killed him all along. 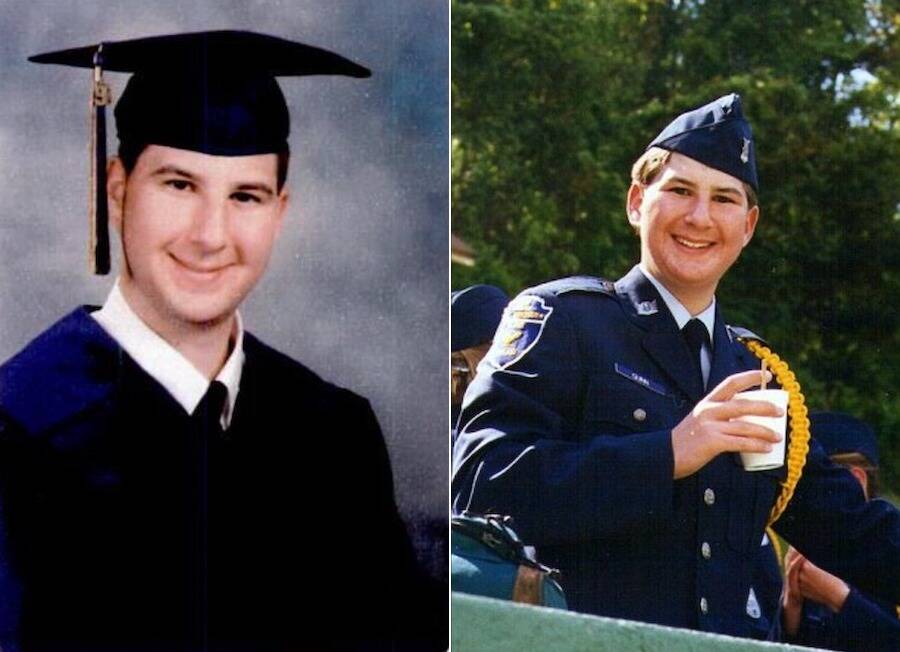 On Jan. 2, 2000, 18-year-old Zebb Quinn went to work at a Walmart in Asheville, North Carolina. When he finished his shift, he drove off with a co-worker — and was never seen again.

Around 9 p.m. on that fateful Sunday evening, Quinn met up with fellow Walmart employee Robert Jason Owens after work to look at a car Owens had told him about. Quinn hopped into his Mazda Protegé to follow Owens to the nearby town where the vehicle was located.

The two were seen on security footage at a convenience store buying sodas soon after, but then Quinn disappeared without a trace. He has now been missing for over two decades, and his family’s overwhelming grief has turned into a confounding lack of closure.

Owens was charged with Quinn’s murder in 2017, but it’s unclear what exactly happened to the teen, and a trail of baffling clues still has investigators scratching their heads more than 20 years later.

The Disappearance Of Zebb Quinn

Born on May 12, 1981, in Asheville, North Carolina, Zebb Wayne Quinn had admirable dreams and the ambitious character to achieve them. He was described as kind and caring by his family. According to the Charley Project, he was enrolled in the Reserve Officers’ Training Corps (ROTC) and was determined to join the armed forces as a commissioned officer.

Until then, Quinn was working at Walmart to save money for a new car. Owens, his 22-year-old co-worker, told him that he knew of a car for sale not too far away.

After his shift in the electronics department, Quinn met Owens in the Walmart parking lot. They each drove their own car, and they were spotted together at a nearby convenience store purchasing sodas at 9:15 p.m. Then Quinn vanished.

His mother, Denise Vlahakis, reported him missing the following day. According to the Asheville Citizen-Times, when Quinn’s car was found in the parking lot of Little Pigs Barbeque on Jan. 6, things started to get strange. The car’s headlights were on, drawings of a mouth and an exclamation mark were scrawled on the back window in lipstick — and there was a live puppy inside.

In addition to the tiny black Labrador, which one of the officers on the case adopted, police found several drink bottles, a jacket that wasn’t Quinn’s, and a keycard from an unknown hotel inside the Mazda. Investigators were also tipped off that witnesses had seen a mysterious woman driving the car around. 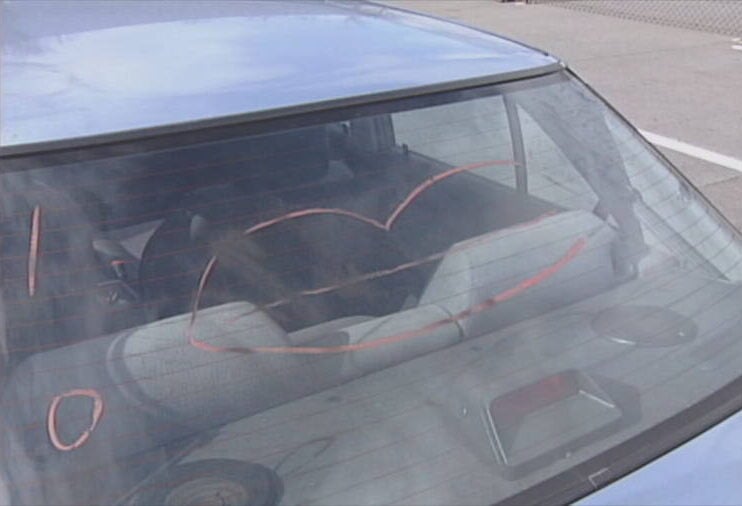 WLOS News 13/YouTubeQuinn’s car was found in a parking lot right next to the hospital where his mother worked.

After police put together a composite image of the driver based on witness reports, they noted she bore a shocking resemblance to a woman named Misty Taylor. Quinn had supposedly been romantically pursuing Taylor before his disappearance — but she had an allegedly abusive boyfriend named Wesley Smith.

These were only the first of the baffling clues police have spent years trying to unravel.

Since Owens was the last person to be seen with Quinn, police were keen to question him. He claimed that just after they left the convenience store at 9:15 p.m., Quinn used his headlights to signal for Owens to pull over. When he did, Quinn told him he had received an urgent page and desperately needed to return the call.

As reported by WLOS News 13, Owens said Quinn was visibly “frantic” after he made the call from a nearby payphone. He apologized for canceling their plans and sped off.

Owens also claimed that Quinn rear-ended him in his hurry to leave. Most curious of all, however, was that Owens admitted himself into a hospital just hours later for a head injury and several fractured ribs that he said he sustained in another car crash that night. Police never found a collision report or evidence of this second accident.

Investigators did discover that on Jan. 4, someone claiming to be Quinn had called out sick from Walmart. According to the Evidence Locker podcast, Quinn’s supervisor Patty King answered the phone and realized the voice on the other end sounded nothing like Quinn’s.

When King called the number back, she was connected to the local Volvo plant — where Owens worked a second job. Police questioned Owens about it, and he admitted to making the call, but he said Quinn had asked him to do so. Quinn’s family didn’t believe a word.

Owens told Spin magazine in 2001, “They called me at work, like, ‘What’d you do to him?’ But I tried to be nice. They wanna know. But until they find him alive, or find him dead, or prove beyond a shadow of a doubt that I didn’t do anything, people are always gonna think I had something to do with it.”

With no solid evidence against Owens, police turned to the call made to Zebb Quinn’s pager the night he disappeared.

After tracing the page that supposedly sent Quinn into a frenzy before he vanished, police discovered the call came from the house of his aunt, Ina Ustich. However, Ustich denied making the call. After all, she had been having dinner with her close friend Tamra Taylor — the mother of Misty Taylor.

According to Spin magazine, Quinn had met 19-year-old Taylor at his family’s restaurant just weeks before he disappeared, and the two struck up a friendship. When he learned about Taylor’s reportedly abusive relationship with Smith, he wanted to help her. One of Quinn’s friends later recalled, “That’s all he talked about was this girl.”

However, when word got back to Smith that Quinn and his girlfriend were talking, he allegedly began making threats. A friend of Quinn’s father told Spin, “[Quinn] and this guy had had some confrontation, and that’s when a threat got back to Zebb — what Wesley and some of his buddies might do. They were threatening Zebb to stay away from the young lady.”

Ustich told police that Taylor and Smith were both present at Tamra Taylor’s home the night of Jan. 2. But if his aunt was out of the house, how did Quinn receive a call from her phone?

To make things even more confusing for police, Ustich reported that her house had been broken into that night. Nothing had been stolen, but various items were out of place. Taylor and Smith denied being involved in Quinn’s disappearance, and since there was no solid evidence to connect them to the potential crime either, the investigation came to a dead end.

Closure In The Zebb Quinn Case After More Than A Decade 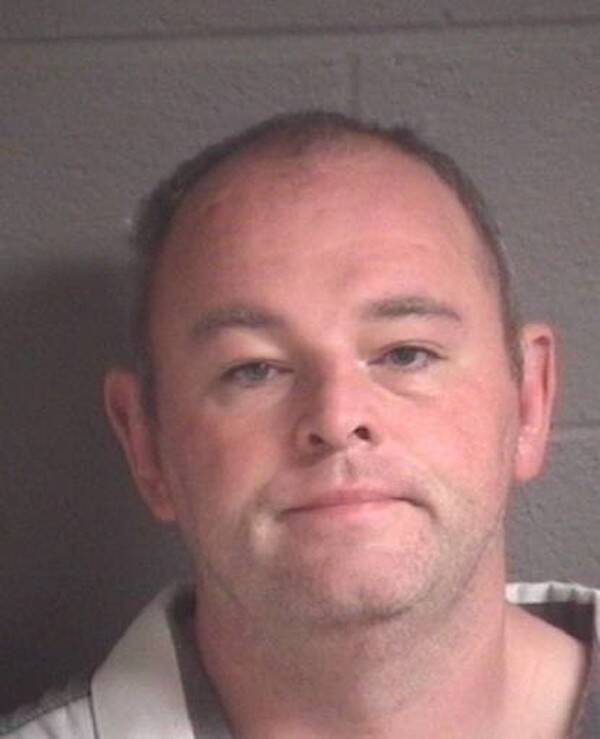 A break in the case didn’t come until 15 years later. On March 17, 2015, Robert Jason Owens was arrested for the murder of Food Network Star contestant Cristie Schoen Codd, her husband, and their unborn child. He later pled guilty to three counts of second-degree murder and two counts of dismembering human remains.

According to the Asheville Citizen-Times, soon after Owens’ arrest, police obtained a warrant to search his property in connection to Zebb Quinn’s disappearance.

They’d received a tip about a “fish pond project” that Owens had started and aborted soon after Quinn went missing. Beneath the concrete of the abandoned pond, police said they found fabric, leather materials, and “unknown hard fragments” as well as several plastic bags filled with “possibly pulverized lime or powdered mortar mix.”

With the new evidence in hand, a grand jury charged Owens with first-degree murder for the death of Zebb Quinn on July 10, 2017. He is currently awaiting trial.

While investigators are glad to have finally made an arrest in the case, they are still far from solving the twists, turns, and bizarre clues surrounding Quinn’s mysterious disappearance.

After learning about the tragic story of Zebb Quinn, read about the unsolved disappearance of nine-year-old Asha Degree. Then, go inside the night Brian Shaffer vanished from an Ohio bar.