The Story Of Yip Man, The Martial Arts Grandmaster Who Made Bruce Lee A Legend

Also known as Ip Man, Yip Man was a renowned teacher of the Chinese martial art Wing Chun — and Bruce Lee was his best student.

Martial arts grandmaster Yip Man’s life was a Chinese hero’s journey with astonishing twists for decades. From police officer and refugee to family man and kung-fu master, his life packed quite the punch. Most notable of all, however, is that he taught none other than Bruce Lee everything he knew.

As the grandmaster of Wing Chun, Yip Man (sometimes referred to as Ip Man) popularized a martial art that had been quietly sidelined for centuries. He learned how to master his temperament while fighting long before Bruce Lee came of age. Yip Man taught Lee to quiet his mind and “be like water” before he became a Hollywood star. 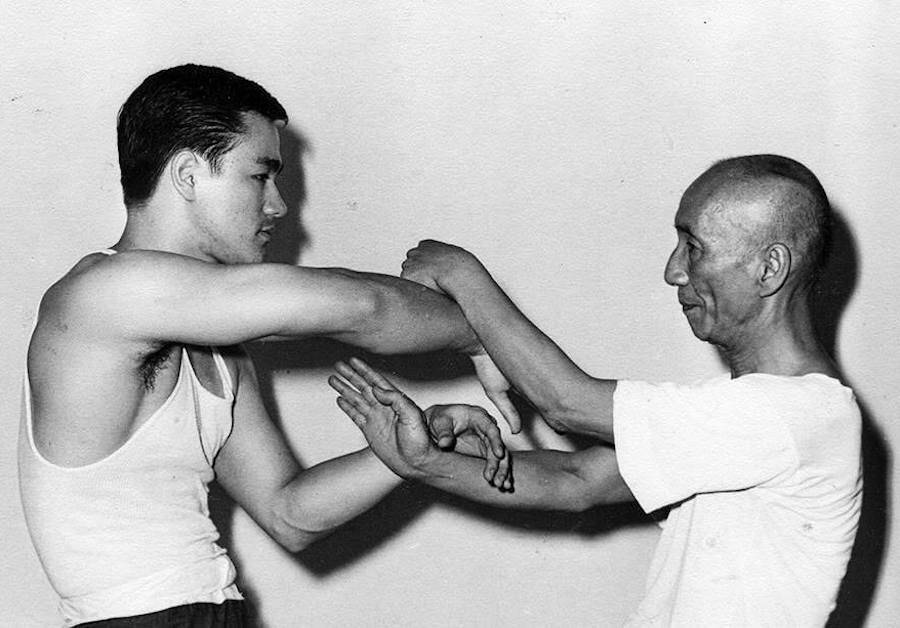 Yip Man/FacebookYip Man (right) and Bruce Lee in the 1950s.

As depicted in the Ip Man movie series chronicling his life, Yip Man’s legacy is nearly unquantifiable. He introduced entire generations to a lifelong endeavor that instilled them with a discipline they would never cast aside. Equal parts philosopher and warrior, he was kung-fu incarnate — and gave the world Bruce Lee.

Yip Man was born Ip Kai-man on October 1, 1893, in the bustling city of Foshan in China’s Guangdong province. Raised by wealthy parents, Yip Man was the third of four children. Along with his older brother Ip Kai-gak, eldest sister Ip Wan-mei, and his younger sibling Ip Wan-hum, he was given a traditional Chinese education. 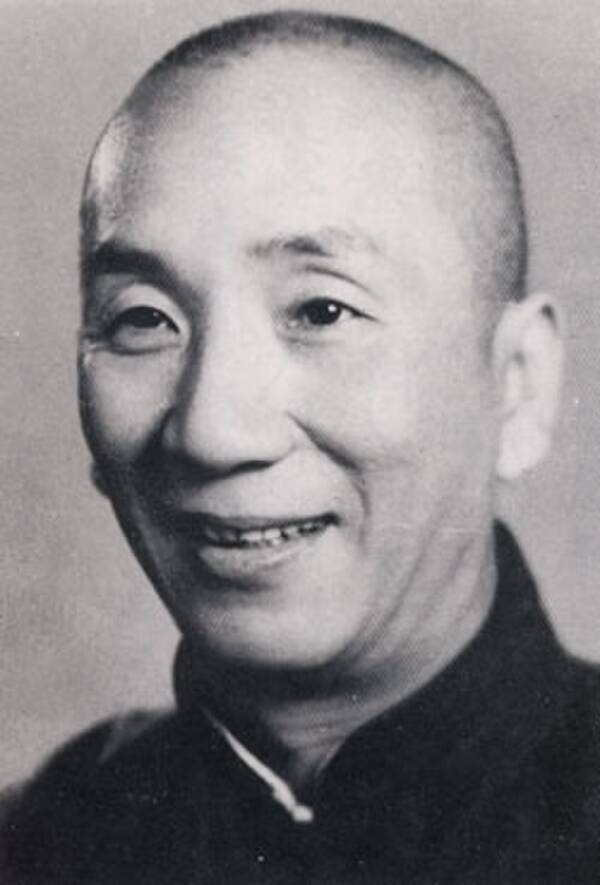 For their parents Ip Oi-dor and Ng Shui, it was imperative to instill the disciplines and self-sufficiency of Wing Chun upon their children. After all, they were residents of southern China. thus living in the very birthplace of where this martial art had been developed more than 300 years before.

Depending on the source, Yip Man was either 9 or 13 years old when Chan Wah Shun gave him his first lesson. A disciple of grandmaster Leung Jan, Chan had only recently begun to teach his own students. He boldly overcharged Yip Man in hopes he would leave. Ultimately, Yip Man only left to bolster his education.

In 1909, Yip Man moved to Hong Kong to attend St. Stephen’s College. It was at this high school for China’s elite and wealthy international students that a classmate introduced him to Leung Bik — a purported kung-fu prodigy. Since he was undefeated and a confident teenager at the time, he challenged Bik to a fight.

When Bik beat him twice in a row, 16-year-old Yip Man was so defeated he vowed never to speak of kung-fu again. However, Bik was rather impressed by his skills and revealed he was the son of Leung Jan — who had trained Yip Man’s former master. Invigorated, Yip Man studied under Bik until 1916. 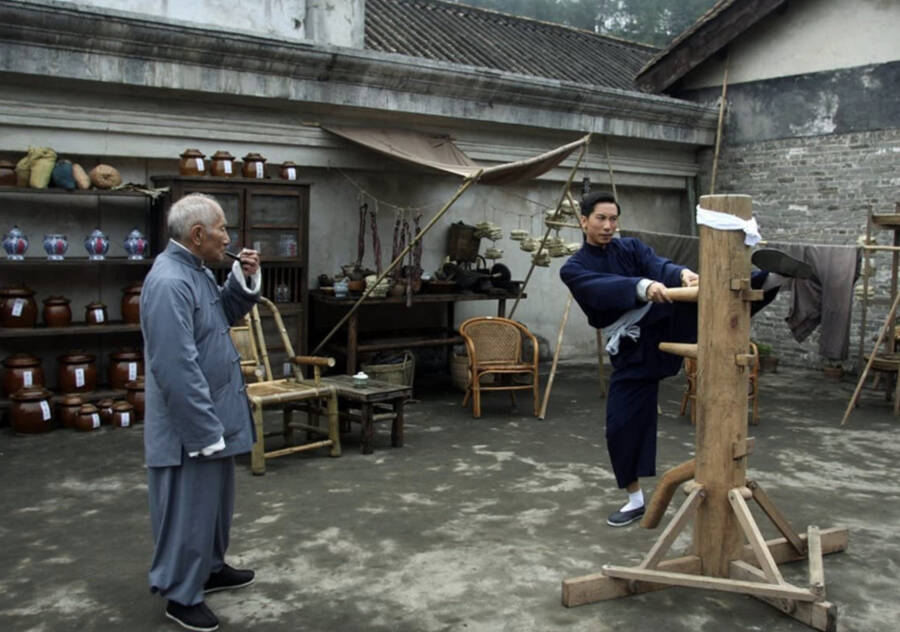 When he was 24, Yip Man moved back home to become a police officer for the Nationalist Government of China and gave private Wing Chun lessons. He met his wife Cheung Wing-sing and had four kids. While he bravely defended China in the Second Sino-Japanese War, he had to escape the mainland when the Communist Party took over in 1949.

The Rise Of Grandmaster Ip

Yip Man’s hurried escape to British Hong Kong meant leaving his family and assets behind in Foshan. Whatever gold he had on his person was thus rapidly spent or cheated out of him en route.

Given shelter at the Restaurant Workers’ Union Hall, Yip Man was very grateful. As legend has it, however, he also couldn’t help but laugh when kung-fu master Leung Sheung was teaching his students kung-fu. Enraged at the disrespect, the master ordered Yip Man to a fight — which the aging and seemingly homeless stranger won with ease.

“All you do is have your students punch air,” said Yip Man. “But the air doesn’t hit back. What happens when you face an enemy who will? If you are going to practice kung-fu, you should do so seriously — or not at all.” 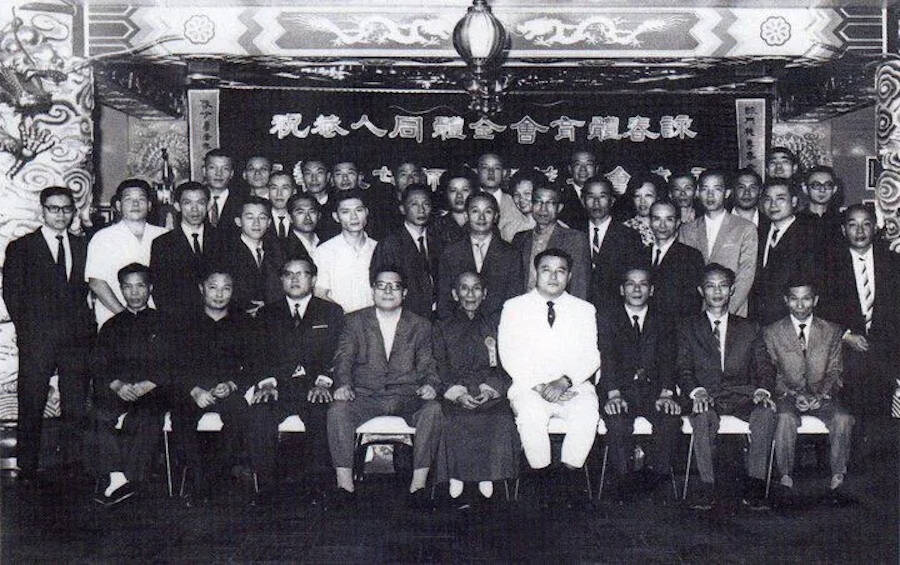 After throwing 200-pound Sheung across the room, Yip Man had turned the tables. It was that day in 1952 that officially made him the figurehead of this fledgling martial arts school, and rendered Sheung himself a disciple. According to another one of his first students, William Cheung, Yip Man was a kind teacher.

“Yip Man had a very good sense of humor,” said Cheung. “He liked to give his students nicknames and he would take a long time to dream them up. Like Wong Shun Leung was called ‘Wong Ching Leung,’ which means that he’s like a bull. I was called ‘Big Husky Boy.’ And Bruce was nicknamed ‘Upstart.'”

Yip Man was eventually asked to leave Macao as his classes had grown too large and benefitted too many non-union members. He opened his own school in Kowloon, Hong Kong, where he met Bruce Lee in 1956. The 16-year-old had recently lost a fight to rival gang members and was eager to refine his skills.

The Man Who Trained Bruce Lee

Yip Man and Bruce Lee shared a passion for practical jokes. These included sparring with fists covered in itching powder or using handshake vibrators on gullible students. Most notable of all, of course, was that Lee grew from mediocre practitioner to Yip Man’s most proficient student. He fondly recalled his lessons in 1961:

“My instructor, Professor Yip Man, head of the Wing Chun school, would come up to me and say: ‘Relax and calm your mind. Forget about yourself and follow your opponent’s movement. Let your mind, the basic reality, do the countermovement without any interfering deliberation. Above all, learn the art of detachment.'” 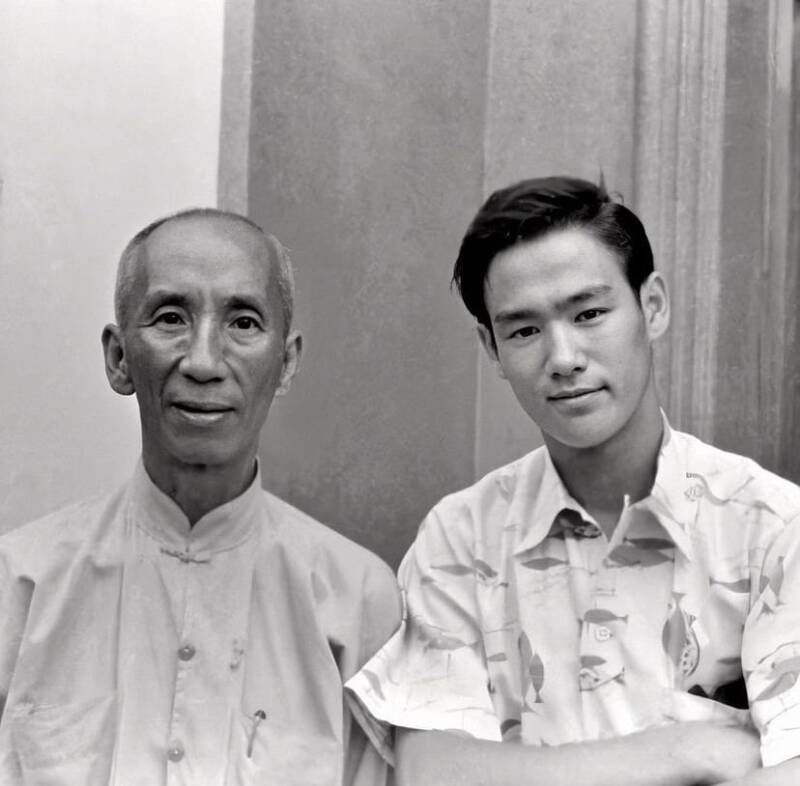 While his professional live thrived, his personal life was marred by tragedy. Yip Man’s wife died alone in China in 1960 due to the closed borders to Hong Kong. He remarried, only for his second wife to die of cancer in 1968. A growing opium addict, he was eventually evicted from his home-turned-school.

After learning about Yip Man, read about how Empress Cixi modernized 19th-century China. Then, learn how basketball coach George Raveling got to own the original “I Have a Dream” speech.