Meet George Raveling, The Basketball Coach Who Owns The ‘I Have A Dream’ Speech

At the 1963 March on Washington, George Raveling boldly asked Martin Luther King Jr. for a copy of his remarks. To his surprise, the iconic civil rights leader handed it to him. 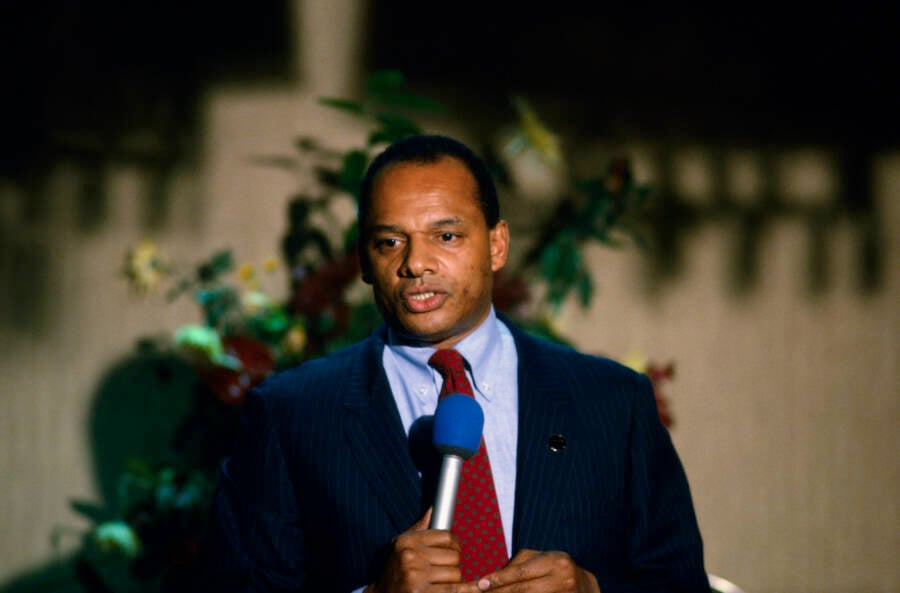 From prodigious basketball player to pioneering coach, George Raveling had a colossal impact on the sport and its recruitment of Black players. He also came of age during the civil rights movement, however, and was not only present at Martin Luther King, Jr.’s “I Have a Dream” speech — but was given the original copy.

Raveling would become the first Black coach in the history of the Pacific-12 Conference and recruit star NBA players before anyone knew their names. Here is the story of how the Hall of Famer found himself near King at the 1963 March on Washington and own one of the most invaluable items in American history.

Born in Atlanta, Georgia, Martin Luther King Jr. was raised by a baptist pastor and could recite the Bible as a child. He was 15 when his speech “The Negro and the Constitution” won him a contest, and in his 30s when he united a nation of Black and working-class Americans to fight for equal opportunities.

George Raveling had been inspired by King since the civil rights leader launched the Montgomery Bus Boycott in 1956. Triggered by Rosa Parks refusing to give up her seat in the “colored” section of a bus for a white man, the incident saw King lead the first large-scale protest against segregation in the United States.

Born on June 27, 1937, in Washington, D.C., George Raveling found a father figure and inspiration in King. His own father died of a heart attack when he was 9 years old and his mother suffered a nervous breakdown. His basketball skills were so strong, however, that Villanova University recruited him in 1957. 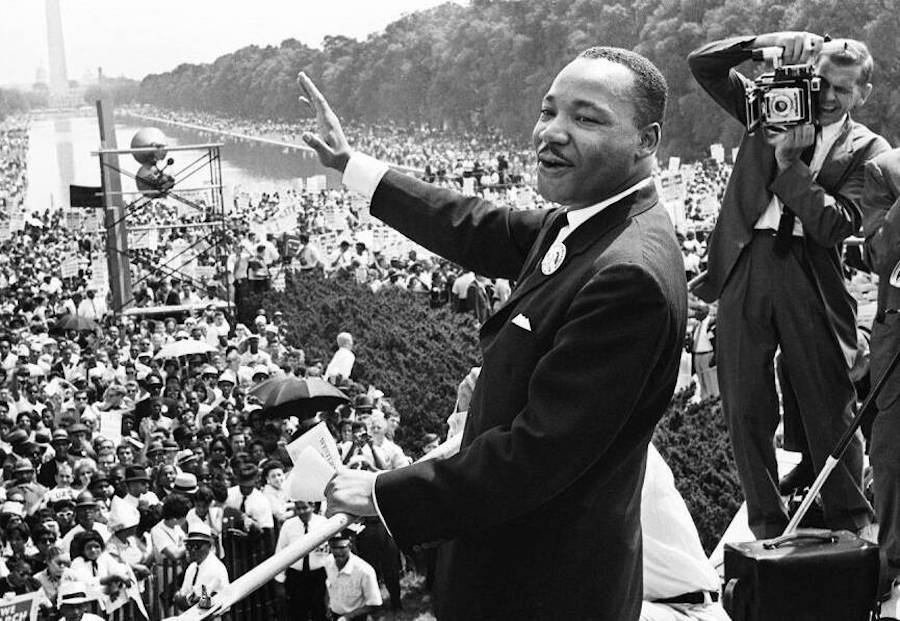 Raveling was only the second Black basketball player at Villanova and was forced to endure racial epithets on the court, but nonetheless caught 835 rebounds in his three years there. Before graduating as the 11th all-time player in 1960, he went to see King speak half a dozen times — and became the coach’s assistant in 1962.

The next summer, George Raveling and his best friend, Warren Wilson, saw Birmingham police on TV use fire hoses and dogs on innocent protestors. At a Wilson family dinner on Aug. 26, the two young men spoke about the March on Washington being held two days later. Wilson’s parents urged them to go and lent them their car.

After checking into a Washington D.C. motel and milling about a local mall, the two were spotted by an organizer who asked if they wanted to volunteer as security guards. They enthusiastically agreed to meet at the same spot at 8 a.m. the next day — when they were told they would be standing next to King himself.

George Raveling And “I Have A Dream”

King had labored over his speech until 4 a.m. He had wavered between a motif denouncing the “bad check” the Constitution had written Black Americans and another about his dream of a more just future. He ultimately settled on the former and went to bed while his assistants typed up the final draft.

On the morning of August 28, the crowd of 25,000 grew to 250,000. They settled at the Washington Monument by noon before marching to the Lincoln Memorial in 90-degree heat. Each of the 10 speakers had five minutes to do their part from the podium — mere feet from Raveling and Wilson.

It was 4 p.m. when King took the podium and began giving the closing speech. While well written, the preplanned oration failed to captivate audiences as King had envisioned. He thus decided to diverge from the text at the last minute — and speak about his dream. 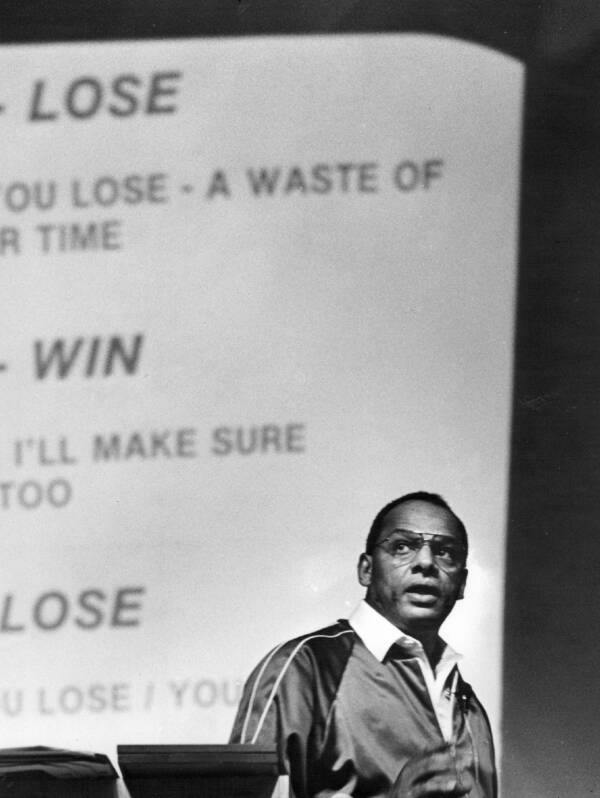 “At the end of the speech, as Dr. King finished and started to fold his speech, as he walked away, I just said — I don’t know why, just impulsively said: ‘Dr. King, can I have that copy?'” George Raveling recalled. “And he turned and handed it to me … It was just impulse. I have no idea why I did it.”

When Raveling got home, he safeguarded the speech in a biography of Harry S. Truman and practically ignored the historic keepsake for 25 years. During that time, he recruited future superstars for Villanova, became the first Black coach at College Park in Maryland — and suffered two tragic losses.

The first occurred on April 4, 1968, as the news covered Martin Luther King, Jr.’s assassination. The second came the following May when Wilson died in a car crash at 23 years old. Raveling bravely forged ahead with a thriving career that saw him become the first Black coach at the University of Iowa in 1983.

When reporter Bob Denney interviewed Raveling about this, the journalist asked him about his rumored possession of King’s speech. George Raveling rifled through boxes in his basement, only to find the Truman biography and the folded document inside. Since then, he’s turned down offers of up to $3 million to part with it and keeps it in a vault.

While Raveling’s son Mark will one day inherit the King speech, there’s only one stipulation — that he never sells it.

After learning about George Raveling, read about Rudy Ruettiger, the real Notre Dame legend behind ‘Rudy.’ Then, learn about the seven greatest speeches in modern history.