The report comes after abuse allegations were revealed as a part of a state investigation in Pennsylvania. 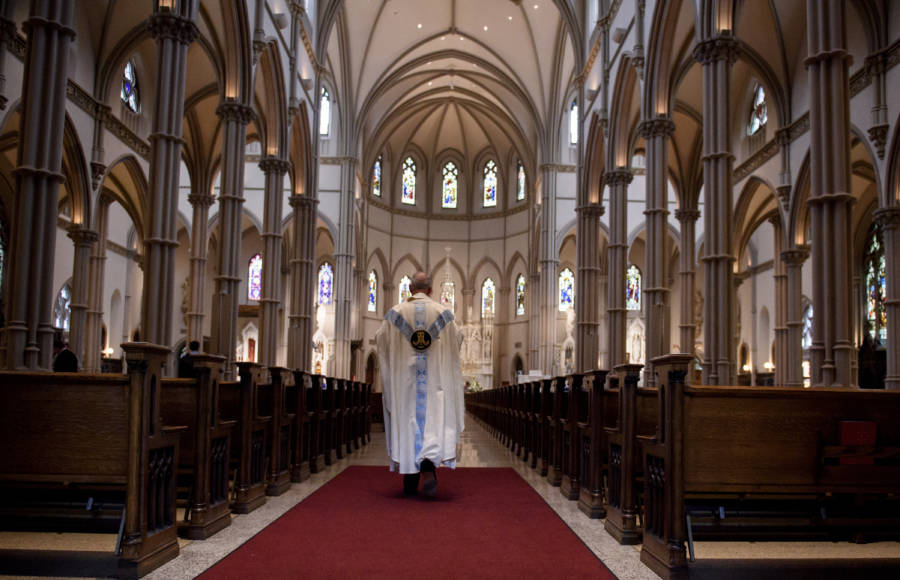 Jeff Swensen/Getty ImagesFather Kris Stubna walks to the sanctuary following a mass to celebrate the Assumption of the Blessed Virgin Mary at St Paul Cathedral, the mother church of the Pittsburgh Diocese in Pennsylvania, one of the churches implicated in the following reports.

The Catholic Church has reportedly been paying off victims of abuse in lawsuits and claims over sexual abuse allegations since the 1980s.

In a new report from BishopAccountability — a non-profit that tracks abuse allegations within the Catholic Church — the out-of-court settlements and civil suit cases have cost the church a staggering $3.8 billion.

The report comes after law enforcement officials revealed a large-scale state grand jury investigation in Pennsylvania against the state’s diocese, who alleged decades of sexual abuse that dates back to the 1950s.

The report states that the organization has documented “settlements involving 5,679 persons who allege sexual abuse by Catholic clergy,” which have been paid through 2009.

Some settlements opt not to state the number of clergy members that were accused, making it difficult to discern just how many clergymen were involved, according to CNN.

The report states that the victims they’ve highlighted “are only one-third of the 15,235 allegations that the bishops say they have received through 2009, and they are only five percent of the 100,000 U.S. victims that Fr. Andrew Greeley estimated in a 1993 study.”

The largest single settlement payment that was made occurred in 2007 in Los Angeles, Calif. According to the report, 221 priests, brothers, lay teachers and other church employees were named by 508 victims, and a grand total of $660,000 was paid to those victims in the settlement. 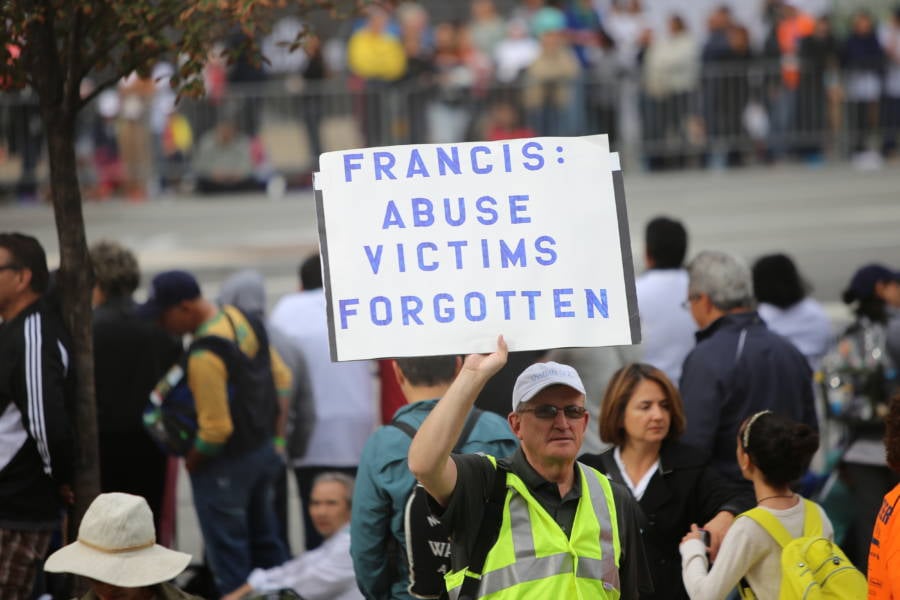 Andy Katz/Pacific Press/LightRocket via Getty ImagesActivist with sign denouncing the church’s alleged lack of response to the abuse of children by clergy during Pope Francis’ visit to Philadelphia.

BishopAccountability also states that the archdiocese responsible for the settlement has promised to release any related documents as a part of the agreement, but as of the publication of the report said archdiocese has not yet done so.

More than 300 “priest predators” have been accused of sexually assaulting over 1,000 minors throughout seven decades. Most of the cases are too old to be brought to court because of the state’s statute of limitations, but two former priests have been charged.

The priests are not only accused of sexual assault and abuse of their power, but the church is also accused of covering up or otherwise totally ignoring any complaints from victims that have come forward.

International outcry against the church related to these charges has inspired even some of the most traditionally Catholic countries to protest the abuse of power and subsequent cover-ups. In Poland, the “Baby Shoes Remember” campaign was launched as a means of paying tribute to victims of pedophilia in the Catholic Church. Participants hung up pairs of baby shoes along the fences of churches in a number of Polish cities in a demonstration. 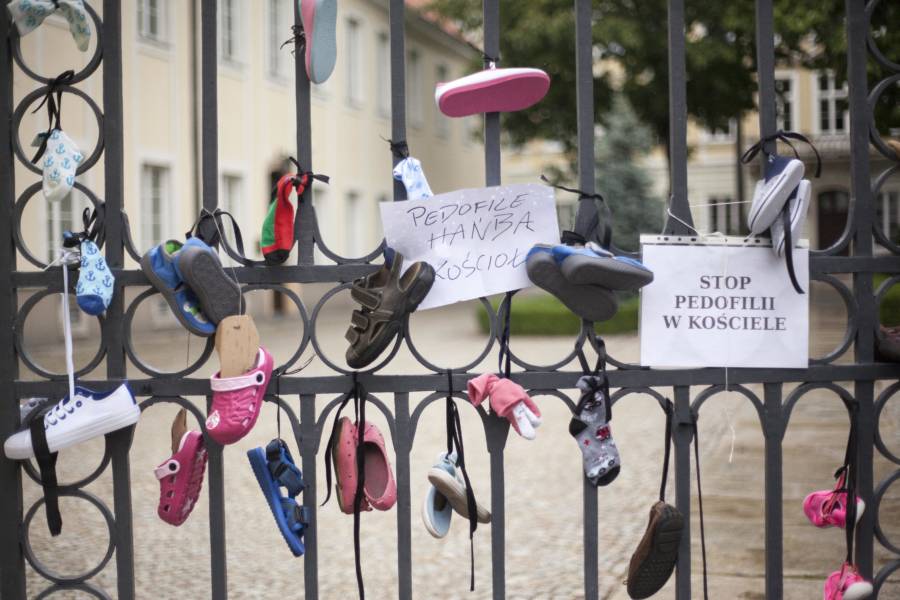 Maciej Luczniewski/NurPhoto via Getty ImagesPairs of shoes during were hung as a part of the “Baby Shoes Remember” protest in Warsaw, Poland.

Pope Francis has released a statement on the matter after the grand jury announced their findings. He said:

“Looking back to the past, no effort to beg pardon and to seek to repair the harm done will ever be sufficient. Looking ahead to the future, no effort must be spared to create a culture able to prevent such situations from happening, but also to prevent the possibility of their being covered up and perpetuated.

The pain of the victims and their families is also our pain, and so it is urgent that we once more reaffirm our commitment to ensure the protection of minors and of vulnerable adults.”

The reported settlements not only include monetary compensation but also feature non-monetary provisions such as establishing a toll-free victim hotline and victim assistance programs.

Next, read this story about an accused priest that the church helped procure employment at Walt Disney World. Then, check out this story about the only catholic priest ever executed in U.S. history.