No, The Civil War Wasn’t About “States’ Rights” — Just Slavery

The Causes Of The Civil War

Lincoln never intended to go after slavery in the South, but only opposed its expansion in the territories. But even this was too much for South Carolina leaders and the state seceded from the Union on December 20, 1860.

The reason? This is what their Declaration of Secession stated:

“…an increasing hostility on the part of the non-slaveholding States to the institution of slavery, has led to a disregard of their obligations, and the laws of the General Government have ceased to effect the objects of the Constitution… Those States have assume[d] the right of deciding upon the propriety of our domestic institutions; and have denied the rights of property established in fifteen of the States and recognized by the Constitution; they have denounced as sinful the institution of slavery; they have permitted open establishment among them of societies, whose avowed object is to disturb the peace and to eloign the property of the citizens of other States. They have encouraged and assisted thousands of our slaves to leave their homes; and those who remain, have been incited by emissaries, books and pictures to servile insurrection.” 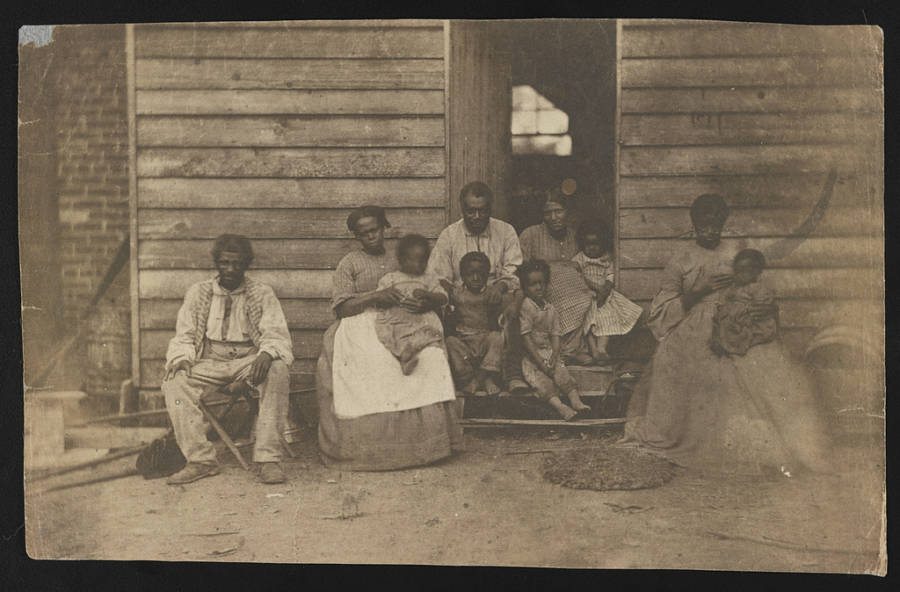 Library of CongressSlaves on the plantation of Dr. William F. Gaines in Hanover County, Virginia. 1862.

“Our position is thoroughly identified with the institution of slavery—the greatest material interest of the world. Its labor supplies the product which constitutes by far the largest and most important portions of commerce of the earth. These products are peculiar to the climate verging on the tropical regions, and by an imperious law of nature, none but the black race can bear exposure to the tropical sun. These products have become necessities of the world, and a blow at slavery is a blow at commerce and civilization. That blow has been long aimed at the institution, and was at the point of reaching its consummation. There was no choice left us but submission to the mandates of abolition, or a dissolution of the Union, whose principles had been subverted to work out our ruin.” 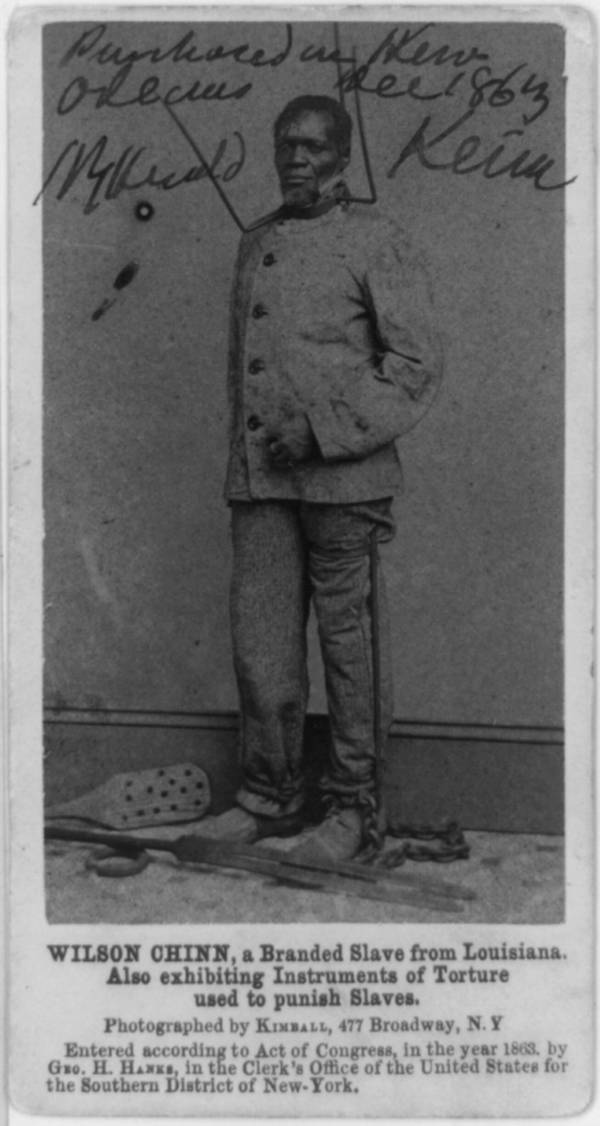 Library of CongressWilson Chinn, a branded slave from Louisiana, displays instruments of torture used to punish slaves. Circa 1863.

Texas likewise made their case for secession:

“In all the non-slave-holding States, in violation of that good faith and comity which should exist between entirely distinct nations, the people have formed themselves into a great sectional party, now strong enough in numbers to control the affairs of each of those States, based upon an unnatural feeling of hostility to these Southern States and their beneficent and patriarchal system of African slavery, proclaiming the debasing doctrine of equality of all men, irrespective of race or color—a doctrine at war with nature, in opposition to the experience of mankind, and in violation of the plainest revelations of Divine Law. They demand the abolition of negro slavery throughout the confederacy, the recognition of political equality between the white and negro races, and avow their determination to press on their crusade against us, so long as a negro slave remains in these States.” 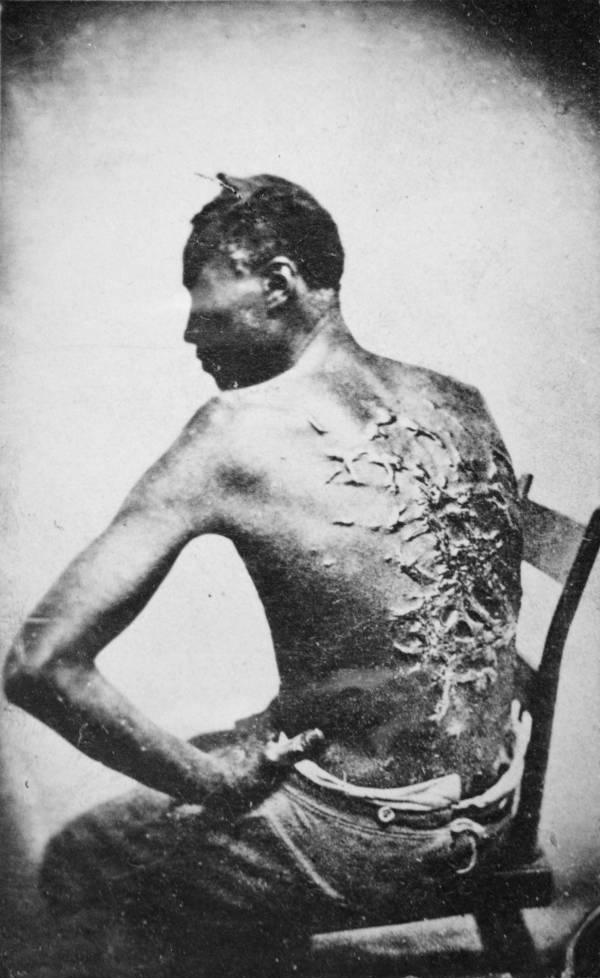 National Archives and Records AdministrationA slave who had been whipped by his overseer in Baton Rouge, Louisiana. 1863.

Similarly, Georgia stated the following in their declaration:

“For the last ten years we have had numerous and serious causes of complaint against our non-slave-holding confederate States with reference to the subject of African slavery. They have endeavored to weaken our security, to disturb our domestic peace and tranquility, and persistently refused to comply with their express constitutional obligations to us in reference to that property, and by the use of their power in the Federal Government have striven to deprive us of an equal enjoyment of the common Territories of the Republic. This hostile policy of our confederates . . . has placed the two sections of the Union for many years past in the condition of virtual civil war. Our people, still attached to the Union from habit and national traditions, and averse to change, hoped that time, reason, and argument would bring, if not redress, at least exemption from further insults, injuries, and dangers. Recent events have fully dissipated all such hopes and demonstrated the necessity of separation.” 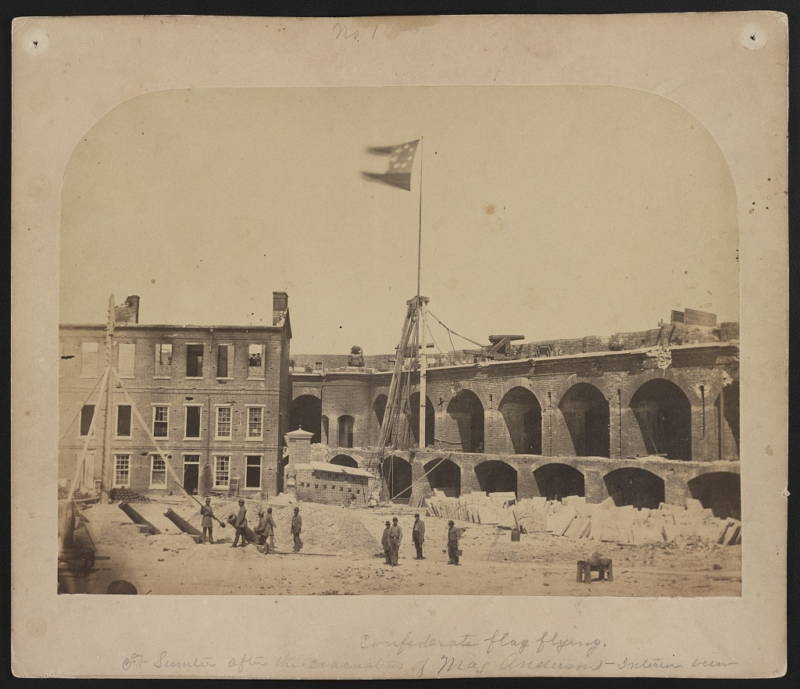 Slavery had been a contentious issue for the United States since the nation’s very inception, and eventually the events of the 1850s drove Southern leaders to the point where they felt that they could no longer even stay in the Union as long as it was half-slave and half-free. They feared that any restriction on slavery was a threat to the very institution itself. 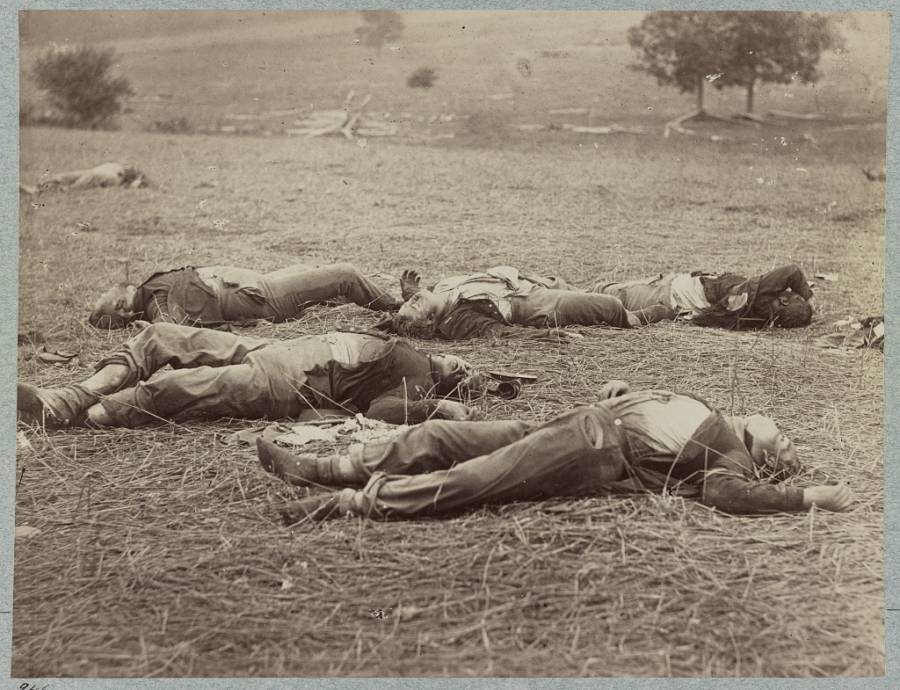 Library of CongressBodies of dead Union soldiers lie on the battlefield following the first day of the Battle of Gettysburg. 1863.

While the motives of the soldiers fighting for the Confederacy may have been diverse, the government they were fighting for and the leaders they were following left the Union and started the war for one reason: To protect the institution of slavery. And to protect that institution, they started a war that ultimately cost more than 600,000 American lives.