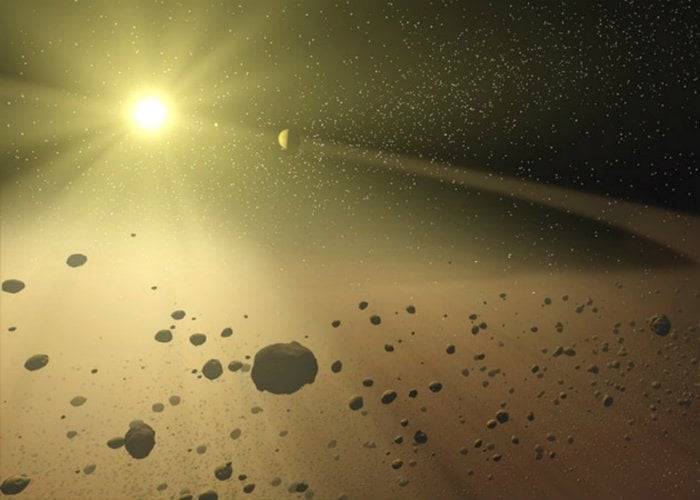 Meet the dwarf planet, Ceres. Its categorization has less to do with Snow White’s tiny friends and more with its gravitational impact on surrounding celestial bodies. This means that Ceres has the mass of a planet, but it hasn’t become gravitationally dominant. Ceres is the largest object in the asteroid belt, which lies between the orbits of Mars and Jupiter. 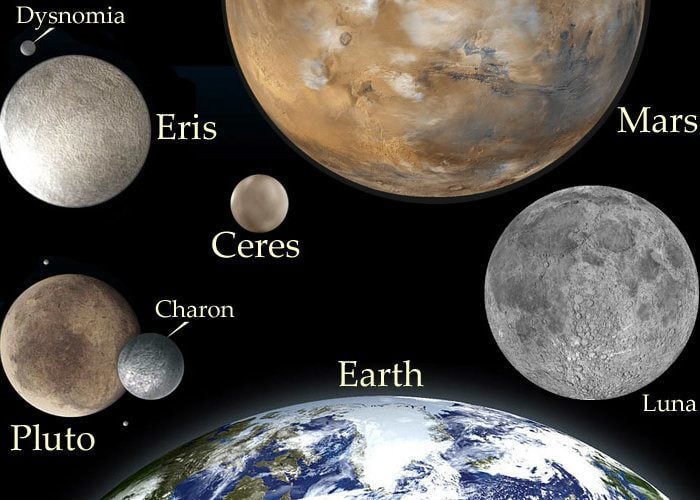 The dwarf planet was first discovered over 200 years ago by Giuseppe Piazzi in Palermo, Sicily, who first thought it was a comet. Like Lady Gaga, Ceres has gone through various incarnations, from comet to planet and finally to dwarf planet in 2006. It has good company on the list of dwarf planets, however, since Pluto was demoted the same year. 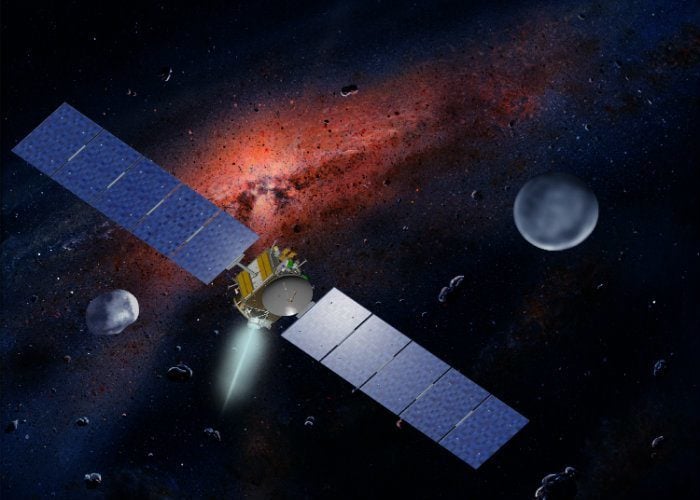 An artist’s concept of the Dawn spacecraft with Vesta on the left and Ceres on the right. Not drawn to scale. Source: Wikipedia

NASA’s Dawn space probe entered Ceres’ orbit on March 6, 2015, after 14 months orbiting protoplanet Vesta, the second largest object in the asteroid belt. Dawn’s mission is to investigate both objects and gather information to analyze the role of water and size in determining planetary evolution.

Ceres is made up of a rocky core overlain with an icy mantle. The mantle clocks in at 100-kilometers thick and contains 200 million cubic kilometres of water–more than the amount of fresh water on Earth. Comparably, Ceres also has way more liquid than its neighbors, which are more akin to asteroid wastelands. It’s also likely that it has an atmosphere and water frost on its surface. This presence of ice has led some to believe that life could exist on the planet. 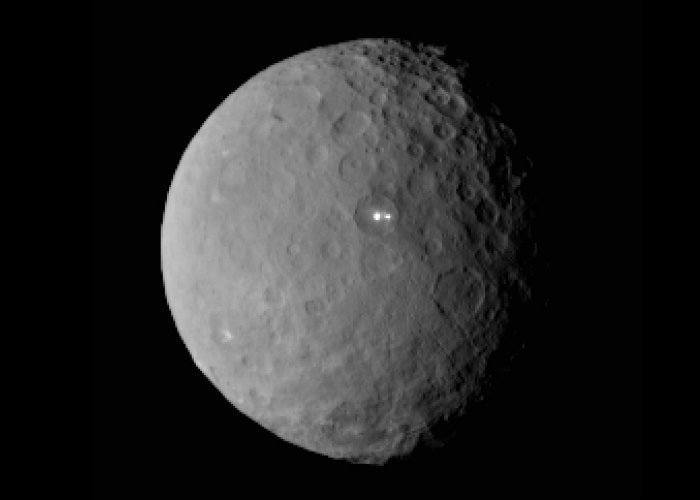 brightest spot on Ceres has a companion spot that appears to lie in the same basin. Source: Space

Fuel was only added to the fire when Dawn transmitted new images displaying two glowing lights on Ceres’ surface. Science fans hypothesize that these could be anything from ice volcanoes to giant alien cities, while most actual scientists seem to think the bright spots are indicative of ice or salts. Ice is known to shine extremely brightly in space as light from the Sun reflects off of its surface. As Dawn approaches its final orbiting height 235 miles up and more information is made available, we imagine a number of alien city hopefuls will be a bit broken-hearted.

But bright lights aren’t the only strange things about this dwarf planet. Research has shown that Ceres emits water vapour into the solar system, some of which seems to come from the shining crater. So far, this dwarf planet is the only object in the asteroid belt that spews water vapour, which is produced when ice is warmed and transformed into gas. This is also how comets work. No wonder this planet seems to be suffering from an identity crisis. 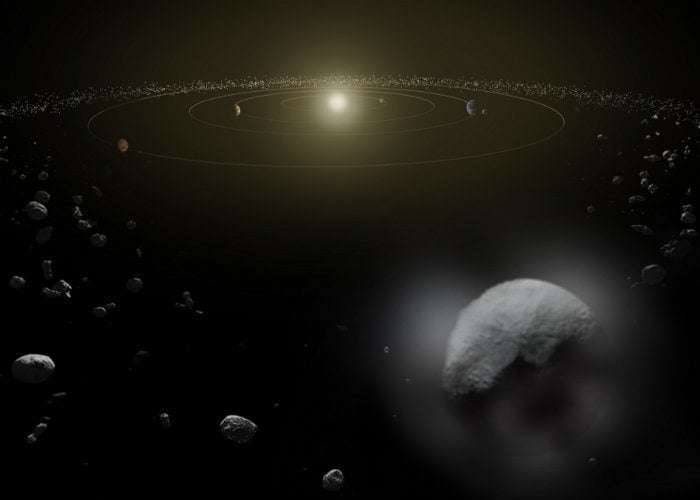 Dawn is currently on the dark side of Ceres, so we’ll have to wait an entire month before we get any more new photos, but the spacecraft will continue to collect data until July. When those new pictures transmit, we’re sure they’ll raise more questions, but also give us a better understanding of our solar system.