The Chilling Story Of Charles Schmid, The ‘Pied Piper Of Tucson’

Charles Howard Schmid Jr. charmed and befriended the teenagers of Tucson, Arizona in the 1960s — all while brutally murdering three young girls. 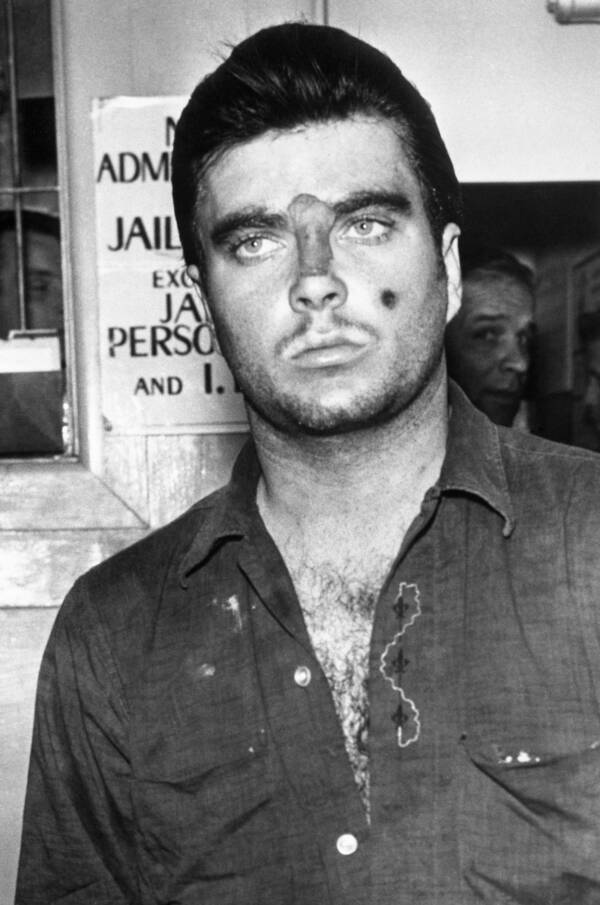 Bettmann/Getty Charles Schmid was known as the “Pied Piper of Tucson” because of how easily he charmed the teenage population of his hometown.

Charles Schmid was slight, short, and scrawny, and often wore garish makeup and lifts in his shoes to make himself seem more imposing than he really was. Schmid also had a predilection for luring young girls to get close to him — then killing them.

Schmid’s chilling sway over the teenage population of his hometown earned him the nickname “The Pied Piper of Tucson.” But the cutesy nickname belied the brutality of the crimes — and the equally brutal way in which, eventually, he would meet his end.

This is the horrifying true story of serial killer Charles Schmid.

Born on July 8, 1942, to an unwed mother, Charles Howard ‘Smitty’ Schmid was quickly given up for adoption. The Schmids — Charles and Katharine, who owned and operated a nursing home in the Tucson, Arizona area — adopted him just one day after he was born.

But it was far from an idyllic childhood: Schmid was constantly at loggerheads with his father until his adoptive parents ultimately divorced when he was 4 years old. Later, he tried to meet his birth mother — but she chased him away and told him to never return.

Though his academic career left much to be desired, Charles Schmid excelled in sports. In 1960, he led his high school to the State Gymnastics Championship. He competed in the flying rings and still rings competition — winning first place in both — placing in the long horse, and earning fifth place on the horizontal bar. Later, Schmid would describe what attracted him to gymnastics in the first place.

“The thing that kept me fascinated with gymnastics was that it frightened me,” he said. “If I slipped or fell, that could be the very last time.” But the fear didn’t enthrall him enough, because he quit the team in his senior year. Shortly thereafter, he was suspended for stealing tools from his school’s shop class; he ultimately left and never returned.

With no prospects, no job, and no high school diploma, Charles Schmid moved into his own quarters on his mother’s property, with her giving him a $300 monthly stipend. Eventually, friend Paul Graff moved in with him, and the pair also befriended John Saunders and Richie Bruns.

The group would spend their evenings on Speedway Boulevard trying to pick up girls and drinking. But Schmid was far from classically handsome: Short in stature, he would frequently stuff his boots with rags and metal cans to appear taller than he was. He also drew a mole on his face and dyed his hair black, in a bid to come across more attractive — and to better resemble his idol, Elvis Presley.

With that, Schmid believed he was able to finally attract women. But that’s when things took a turn for the worse.

The Pied Piper Of Tucson

Charles Schmid always wanted to know what it felt like to kill someone. And on May 31, 1964, he got his wish.

He enlisted his girlfriend, Mary French, and his friend John Saunders to kill 15-year-old Alleen Rowe. French had tried to persuade Rowe to come along on a “double date” with her and Schmid, with the pretext that Rowe would date Saunders while French would date Schmid.

However, all involved knew of Schmid’s chilling plan. The trio drove Rowe out to the desert, where the men raped her and cracked her skull with a rock — all the while, French was waiting in the car, listening to the radio. When the deed was done, they buried the body in the desert.

Charles Schmid eventually told Richie Bruns about the killing, and this would prove to later be his undoing. But Schmid’s horrifying crime was an open secret amongst Schmid’s high school friends in Tucson. “A lot of people knew, but it was already too late. Telling would just have made it tough on everyone,” claimed one friend.

Just one year after Rowe disappeared, Schmid’s 17-year-old girlfriend Gretchen Fritz — and her younger sister Wendy — also disappeared. As with his first killing, Schmid couldn’t resist getting others involved, so he told Richie Bruns about the bodies — and showed him where they were.

Bruns eventually began to fear that Charles Schmid would kill his own girlfriend, so he fled to Ohio to his parents’ house, where he told them everything he knew about the murders. Later, Bruns would be a key witness for the prosecution when Schmid was eventually arrested and tried for the murders of the three girls.

“I was a witness to him losing his mind,” Bruns wrote in his book about the murders. “Like the time he grabbed his cat, tied a heavy cord to its tail, and began to bash it bloody against the wall.”

The Trial And Brutal End Of Charles Schmid 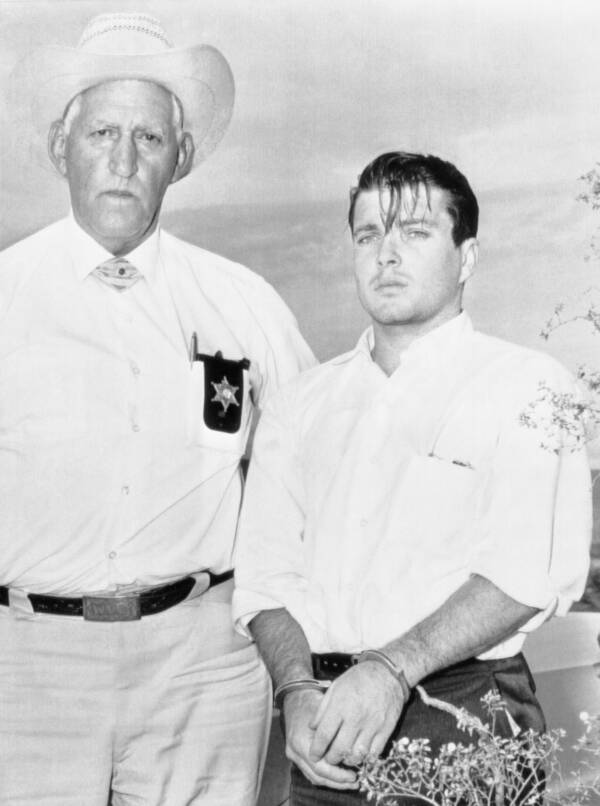 Now dubbed “The Pied Piper of Tucson” by the fascinated news media, Charles Schmid was put on trial for the murders of Alleen Rowe, Gretchen Fritz, and Wendy Fritz. F. Lee Bailey — who had worked on the Boston Strangler case, and would eventually gain notoriety for his work on the O.J. Simpson murder trial — was brought in as a consultant.

Schmid was found guilty of murder in 1966. For the murder of Rowe, he got 50 years to life in prison; for the double murder of the Fritz sisters, he got the death penalty. When the Arizona supreme court abolished the death penalty, Schmid’s sentence was commuted to life in prison. After a failed prison break attempt, Schmid was stabbed repeatedly by his fellow inmates on March 20, 1975. He lost an eye and kidney in the attack and died 10 days later.

But the story of Charles Schmid still lives on in popular culture.

The brutal case inspired the 1966 short story “Where Are You Going, Where Have You Been?” by Joyce Carol Oates. In 1985, the film Smooth Talk — with Treat Williams in the Schmid role — was released. And Rose McGowan’s 2014 directorial debut, Dawn, told the story of Charles Schmid through the eyes of his first victim, Alleen Rowe (who was renamed “Dawn” in the film).