After suffering from mysterious hallucinations for four days straight, Edgar Allan Poe died of unknown causes in Baltimore at age 40 on October 7, 1849. 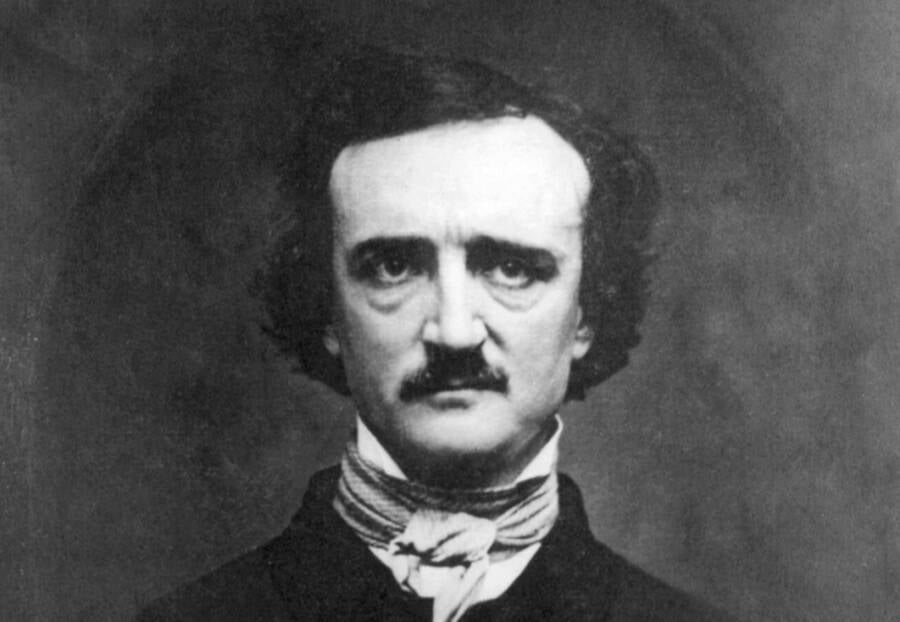 PixabayThough some say alcoholism was the underlying cause, no one knows for sure what caused Edgar Allan Poe’s death at the age of just 40.

The eerie tale of how Edgar Allan Poe died is like something out of one of his own stories. The year is 1849. A man is found delirious on the streets of a city in which he does not live, wearing clothes that are not his own, incapable or unwilling to discuss the circumstances under which he arrived. Within days he is dead, having suffered from crippling hallucinations in his final hours, repeatedly calling out for a man whom no one knew.

And not only is the story of Edgar Allan Poe’s death as strange and haunting as his own writings, it remains a mystery to this day. Though historians have pored over the details for a century and a half, no one knows for sure what caused his death in Baltimore on Oct. 7, 1849.

Six days before he died and not long before he was to be married, Edgar Allan Poe disappeared.

He had left his home in Richmond, Virginia, on September 27, 1849, bound for Philadelphia to edit a collection of poems for a friend. On Oct. 3, he was found semi-conscious and incoherent outside a public house in Baltimore. It was later revealed that Poe had never made it to Philadelphia and that no one had seen him in the six days since he’d left.

How he’d gotten to Baltimore was unknown. He either didn’t know where he was or chose not to reveal why he was there. 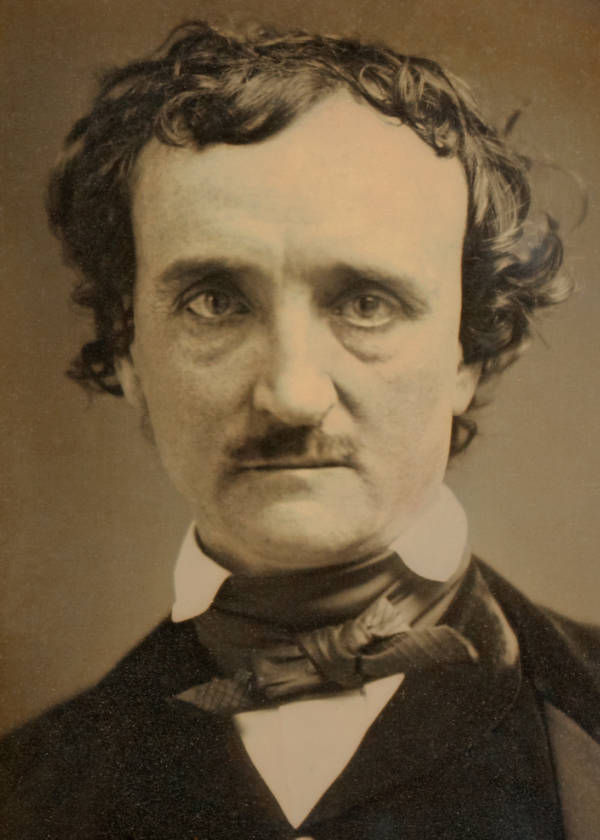 Wikimedia CommonsA daguerreotype of Edgar Allan Poe, taken in the spring of 1849, just six months before he died.

When he was found wandering outside a local pub, Poe was wearing heavily soiled, shabby clothing that was clearly not his own. Once again, he either couldn’t or wouldn’t provide a reason for his current state.

He was, however, able to communicate one thing. The man who found him, a local typesetter for the Baltimore Sun named Joseph Walker, claimed that Poe was coherent only long enough to provide him with a name: Joseph E. Snodgrass, an editor friend of Poe’s who happened to have some medical training.

Fortunately, Walker was able to reach Snodgrass by note.

“There is a gentleman, rather the worse for wear, at Ryan’s 4th ward polls, who goes under the cognomen of Edgar A. Poe and who appears in great distress,” Walker wrote, “and he says he is acquainted with you, and I assure you, he is in need of immediate assistance.”

Within a few hours, Snodgrass arrived, accompanied by an uncle of Poe’s. Neither they nor any of Poe’s other family members could explain his behavior or his absence. The pair brought Poe to the Washington College Hospital, where he fell into a blind fever.

How Did Edgar Allan Poe Die? 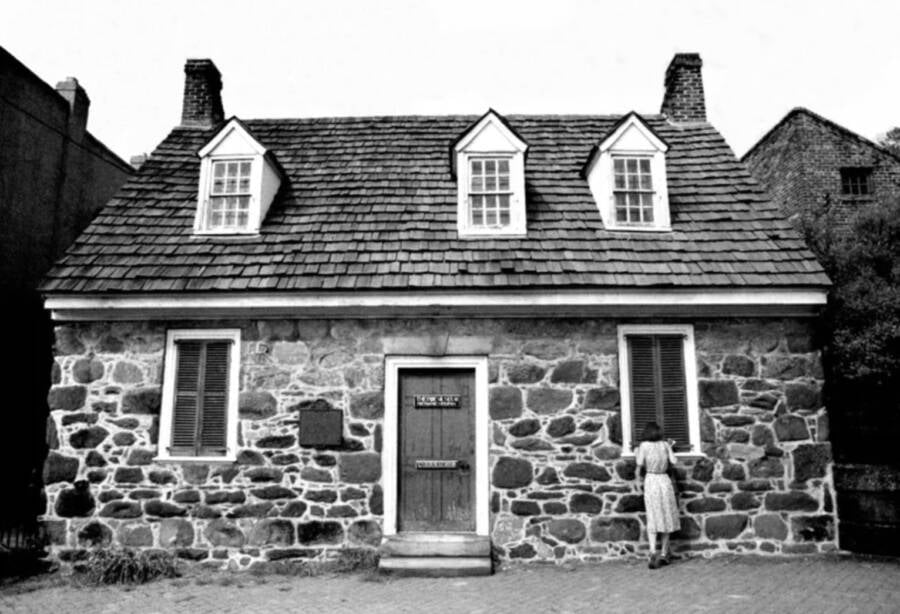 Getty ImagesThe home of Edgar Allan Poe in Virginia, where he had been living up until his mysterious appearance in Baltimore.

For four days, Poe was wracked with fever dreams and vivid hallucinations. He called out repeatedly for someone named Reynolds, though none of Poe’s family or friends knew anyone by that name, and historians have been unable to identify a Reynolds in Poe’s life.

He also made reference to a wife in Richmond, though his first wife, Virginia, had died over a year ago, and he was not yet married to his fiancée, Sarah Elmira Royster.

Eventually, on Oct. 7, 1849, Edgar Allan Poe succumbed to his affliction. His official cause of death was initially listed as phrenitis, or swelling of the brain. These records, however, have since disappeared, and many doubt their accuracy.

Historians have their own theories, each as sordid as the next. 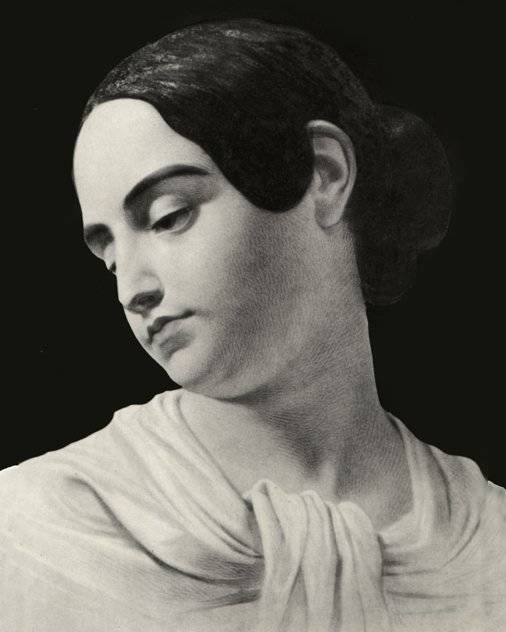 One of the most popular theories, supported by Snodgrass himself, was that Poe drank himself to death, an allegation perpetuated in the months after Poe’s death by his rivals.

Others say Poe was a victim of “cooping.”

Cooping was a method of voter fraud in which gangs would kidnap citizens, force-feed them alcohol, and take their drunken victims to a polling place to vote again and again for the same candidate. They would frequently have their captives swap clothes or take on disguises to avert suspicion.

As it was, Poe had a reputation as a notorious lightweight, and many of his acquaintances claimed it took no more than a glass of wine to make him sick, lending merit to the theory that he imbibed too much — whether on purpose or by force. 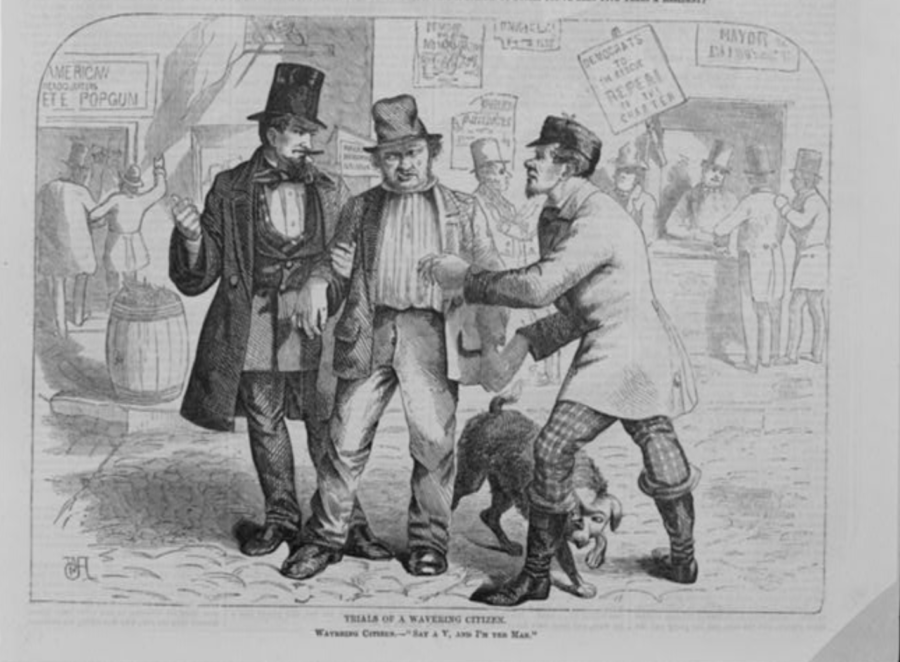 Library of CongressAn 1857 cartoon from Harper Magazine depicting a voter being accosted on the street by a campaign team.

However, another physician, who tested Poe’s postmortem hair samples, claimed that in the months before his death, Poe had been avoiding virtually all alcohol — a pronouncement that threw oil on the fires of speculation.

In the years since Edgar Allan Poe’s death, his body has been exhumed and the remains studied countless times. Most diseases, such as influenza and rabies, have been ruled out, though a few researchers claim that it’s impossible to prove that either disease didn’t kill him.

Other theories that involve poisoning of any kind have also been debunked, as additional studies done on Poe’s post-mortem hair samples yielded no evidence. 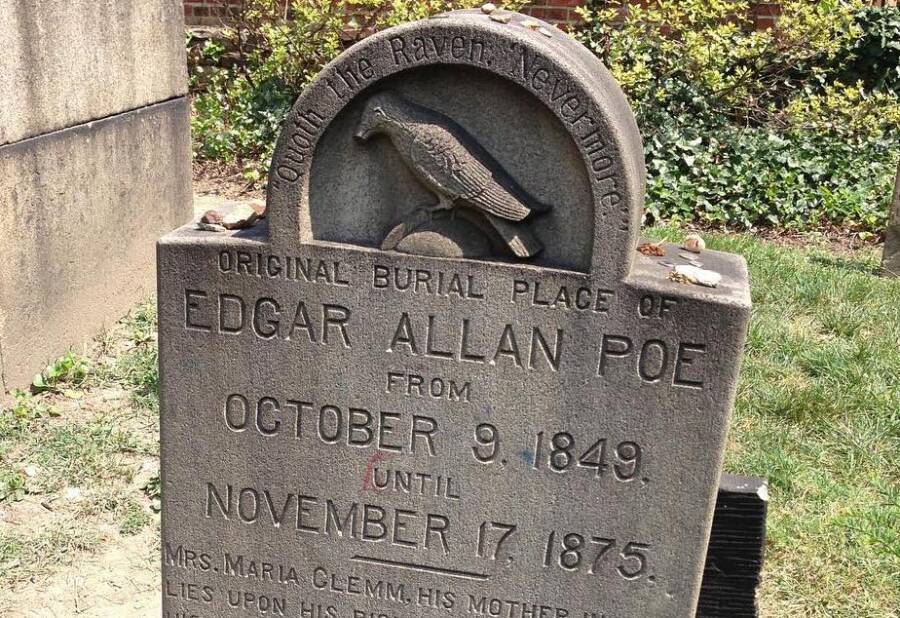 Wikimedia CommonsThe original grave of Edgar Allan Poe before he was reburied.

One theory that has gained ground in recent years is brain cancer.

When Poe was exhumed in order to be moved from his Baltimore grave to a much nicer one, there was a slight mishap. After twenty-six years underground, the structural integrity of both Poe’s skeleton and the coffin it lay in was seriously compromised, and the entire thing broke apart.

One of the workers who was tasked with putting the pieces back together noticed a strange feature in Poe’s skull – a small, hard something rolling around inside it.

Immediately physicians jumped at the information, claiming it was evidence of a brain tumor.

Though the brain itself is one of the first body parts to decompose, brain tumors have been known to calcify after death and remain in the skull. The brain tumor theory has yet to be disproved, though it also has yet to be corroborated by experts.

Last but not least, as is to be expected in the death of such a mysterious man, there are those who theorize that foul play was involved. 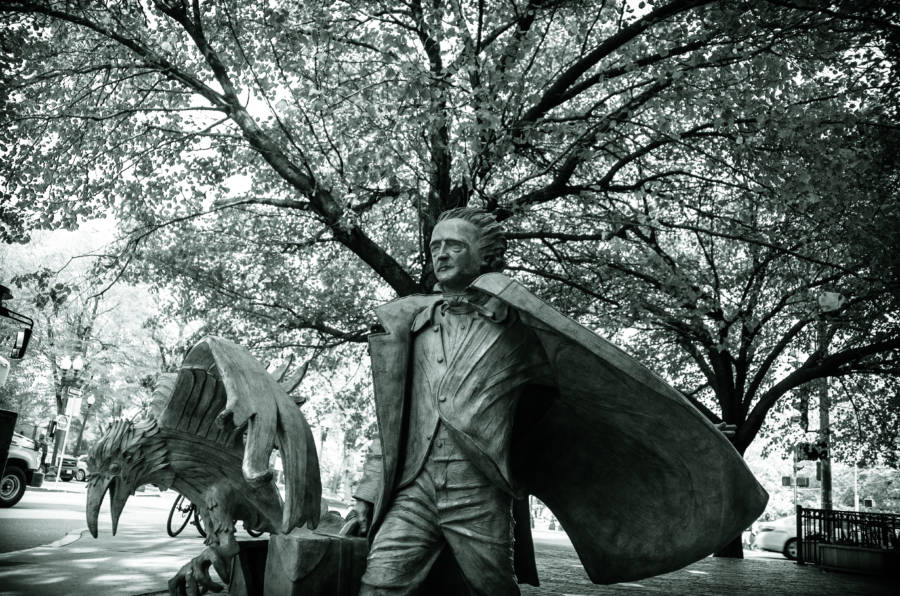 M.K. Feeney / FlickrA statue of Edgar Allan Poe in Boston, near his birthplace.

An Edgar Allan Poe historian named John Evangelist Walsh theorized that Poe was murdered by the family of his fiancée, whom he had been staying with in Richmond before his death.

Walsh claims that the parents of Sarah Elmira Royster, Poe’s bride to be, didn’t want her to marry the writer and that after threats against Poe failed to drive the couple apart, the family resorted to murder.

After 150 years, the death of Edgar Allan Poe is still as mysterious as ever, which seems fitting. After all, he invented the detective story — it should come as no surprise that he left the world a real-life mystery.

After learning about the mysterious end of Edgar Allan Poe, check out the even stranger story of Nelson Rockefeller’s death. Then, take a look at these crazy conspiracy theories about Adolf Hitler’s demise.