For two months in 1958, 19-year-old Charles Starkweather and his 14-year-old girlfriend Caril Ann Fugate embarked on a killing spree across Nebraska and Wyoming that left 11 dead. 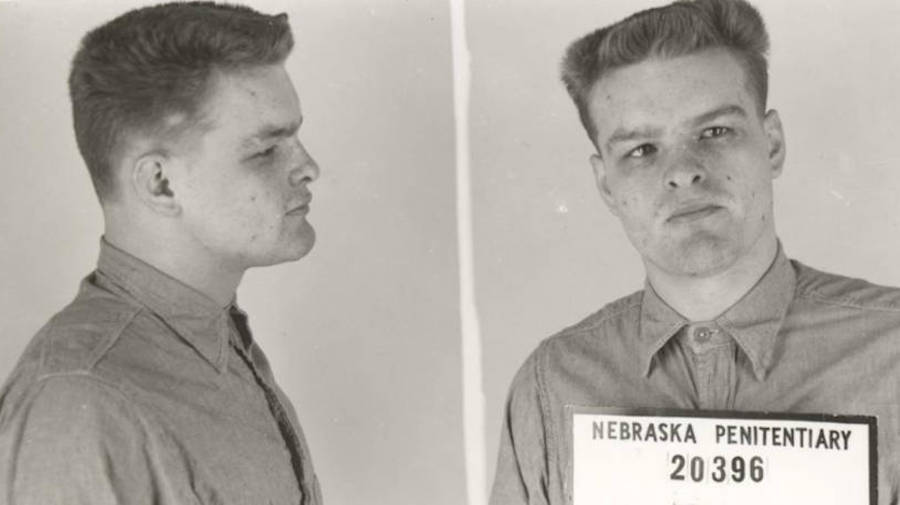 Nebraska State PenitentiaryCharles Starkweather and Caril Ann Fugate were among the youngest people to be tried for first-degree murder in American history.

He was probably the most notorious spree killer of the 1950s — and he was just a teenager.

In the winter of 1958, 19-year-old Charles Starkweather killed his way across Nebraska and Wyoming, taking 11 lives with him in brutal fashion.

In tow was his 14-year-old girlfriend and alleged accomplice, Caril Ann Fugate, whose family Starkweather killed before they embarked on their crime spree.

But how did this seemingly ordinary, all-American teen go from a Heartland boy to a monstrous murderer?

Charles Starkweather Was Troubled From The Start 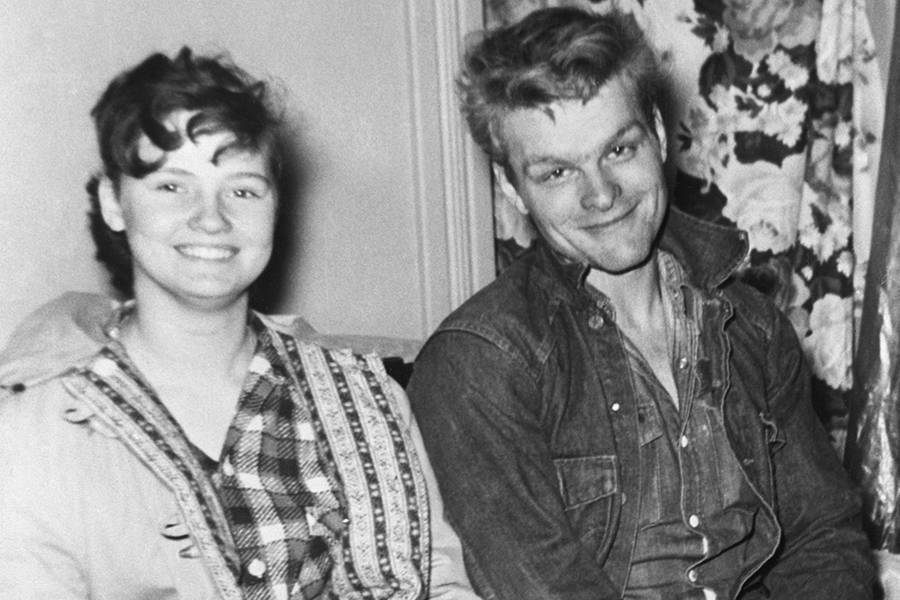 The third child of Guy and Helen Starkweather, Charles Starkweather was born on Nov. 24, 1938, in Lincoln, Nebraska.

Though he had a “solidly middle-class” life, his father, a carpenter by trade, went through bouts of unemployment due to his crippling rheumatoid arthritis. To keep the family afloat during these periods, Helen Starkweather worked as a waitress.

While Starkweather might have had fond memories of his family, the same could not be said of his school experience. Because he was slightly bow-legged and he had a stutter, he was bullied mercilessly.

In fact, he was so badly taunted that as he grew older — and stronger — he found a physical outlet in gym class, where he channeled his ever-growing rage.

By the time he was a teenager, Charles Starkweather was little more than a powder keg waiting for a spark. Around this time, he was introduced to the iconic actor James Dean and connected with the social outcast personality that he represented.

Eventually, Starkweather dropped out of high school and took a job at a newspaper warehouse to pay his bills. It was while working at this job that he met Caril Ann Fugate.

Charles Starkweather was 18 when he met 13-year-old Caril Ann Fugate in 1956. They’d been introduced by Starkweather’s ex, who was Fugate’s older sister. Starkweather’s “relationship” with Fugate was arguably predatory in nature, given that the age of consent in Nebraska — both then and now — is 16 years old.

This means that any physicality between the two, however consensual, would be considered statutory rape under the law.

The legality of their relationship aside, Charles Starkweather and Caril Ann Fugate quickly became close. Starkweather reportedly taught her how to drive with his father’s car. When she crashed it, a fight between the Starkweathers ensued, which ended in Charles’ banishment from the family home.

He then took up a job as a garbage collector. During pickups, he’d plot out robberies on homes. But his real criminal streak began when he committed his first murder the following year.

The Crime Spree Of Charles Starkweather And Caril Ann Fugate 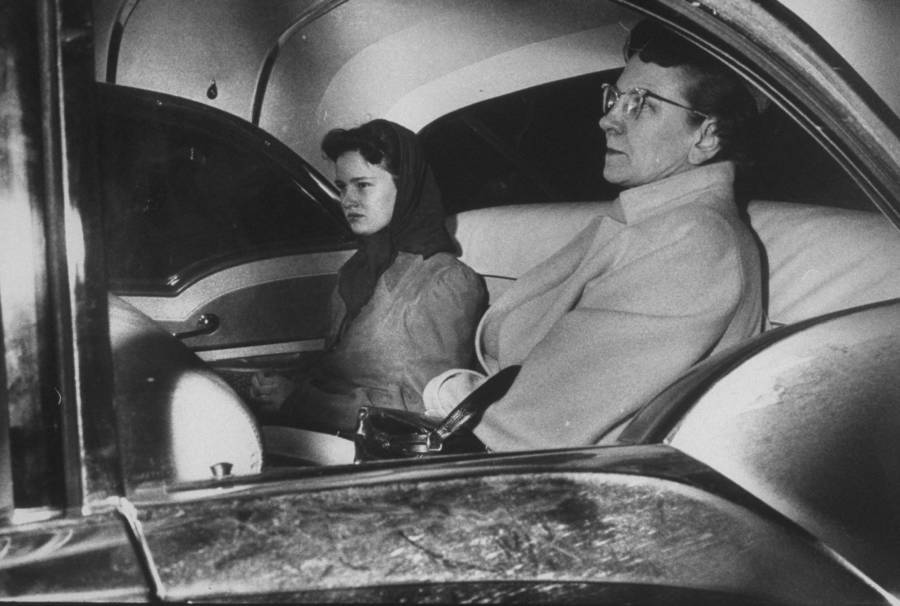 On Nov. 30, 1957, Starkweather tried to purchase a stuffed animal from a local gas station “on credit.” When the young attendant refused, Starkweather robbed him at gunpoint and then took him out into the woods where he shot him in the head.

But his next murder was even grislier and it set off a chain of events that eventually led to his seat in the electric chair.

On Jan. 21, 1958, Starkweather went to call on Caril Ann Fugate at her home, where he was confronted by Fugate’s mother and step-father. They reportedly told him to stay away from their daughter, and in response, Starkweather fatally shot both of them. He then strangled and stabbed Fugate’s two-year-old half-sister to death.

Fugate’s participation in this grisly murder is still up for debate. While she has insisted, both then and now, that she wasn’t a willing participant but rather Starkweather’s hostage, Starkweather has insisted otherwise.

Regardless of whether she participated in the murders of her own family — willingly or otherwise — what is clear is that she was present throughout Starkweather’s subsequent murder spree that lasted throughout the month of January 1958. 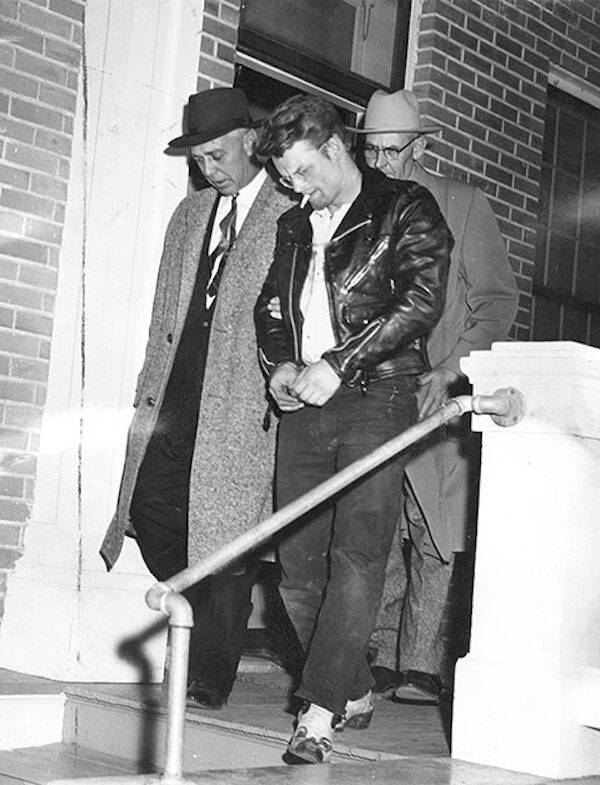 After murdering Fugate’s family the two camped out in her house for a few days, with a sign on the front window that cautioned visitors not to come in because they were all “sick with flu.”

After he felt they’d averted any suspicion, Starkweather took Caril Ann to her family friend’s, 70-year-old August Meyer, and shot both him and his dog with a shotgun. Starkweather then attempted to flee the area with Fugate in tow, but when he drove their car into the mud, two teenagers — Robert Jensen and Carol King — stopped to help.

He rewarded their generosity by shooting Jensen to death; he then attempted — and failed — to rape King before he shot her to death, as well. Starkweather would later claim that Fugate shot King to death; Fugate categorically denied the accusation.

Their next stop was at the home of industrialist C. Lauer Ward. After stabbing his maid, Lillian Fencl, to death, Starkweather killed the family dog, then stabbed Ward’s wife, Clara, to death when she came home. He finished up by fatally shooting C. Lauer Ward. They robbed the house and haphazardly searched for a new getaway vehicle.

That’s when they came upon Merle Collison sleeping in his Buick just outside of Douglas, Wyoming. To get his car, the pair fatally shot and killed him. But while Starkweather claimed that Fugate was the one who pulled the trigger, Fugate again steadfastly denied killing Collison — or anyone else for that matter.

Collison’s Buick had a brake mechanism that was unfamiliar to Charles Starkweather, and as a result, the car stalled when he tried to drive away. A passing motorist, Joe Sprinkle, stopped to try to help, and an altercation ensued. When Starkweather threatened Sprinkle with a gun, Natrona County Sheriff’s Deputy William Romer showed up.

Upon seeing the deputy, Fugate ran to him and identified Starkweather as the murderer. Starkweather roped her into a high-speed chase with the deputies, but Starkweather pulled over when one of the cop’s bullets shattered his windshield and cut his ear.

“He thought he was bleeding to death,” one of the arresting officers recalled. “That’s why he stopped. That’s the kind of yellow son of a bitch he is.”

One Is Executed, The Other Imprisoned 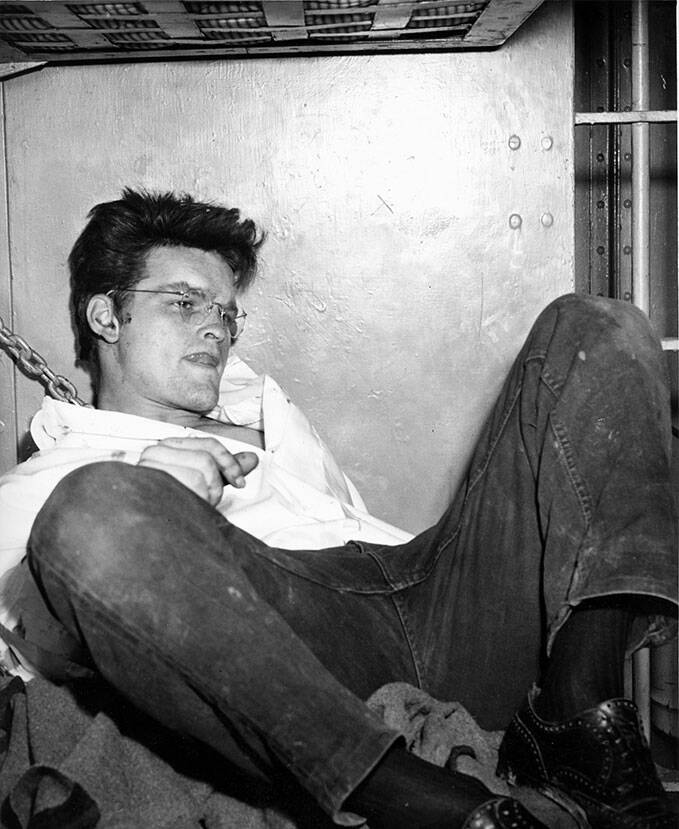 Charles Starkweather was arrested and brought up only on one charge of first-degree murder, for Robert Jensen. At the time, Starkweather willingly chose to be extradited from Wyoming to Nebraska because he believed — incorrectly — that prosecutors wouldn’t seek the death penalty because the governor at the time was against execution.

But that governor changed his tune specifically for Starkweather.

At trial, Starkweather changed his story several times. First, he said Fugate wasn’t there at all, then he said she was a willing participant. At one point, his lawyers tried to argue that he was legally insane.

But the jury bought none of it, and he was ultimately convicted of murder and sentenced to death. Before his execution, Starkweather claimed Fugate should meet the same fate.

The state of Nebraska carried out his execution — death via the electric chair — on June 25, 1959. He was buried in Wyuka Cemetery in Lincoln, Nebraska, where five of his victims are also buried. 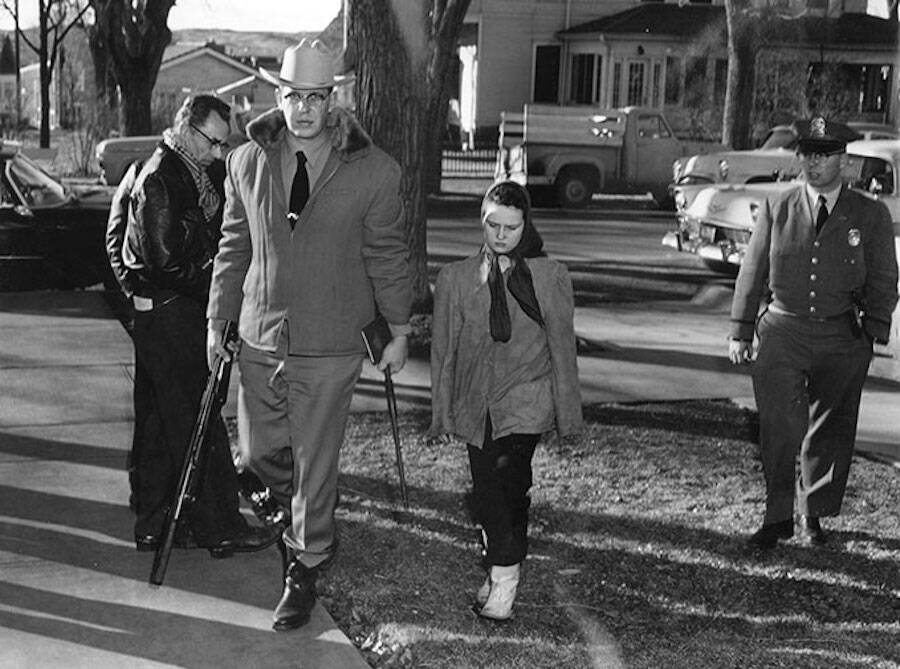 Caril Ann Fugate’s story, however, ended a little differently. Throughout her trial, she maintained that she was Starkweather’s hostage and that he threatened to kill her family if she didn’t follow him, not knowing he had already killed her parents. She added that she was too terrified to run away while he drove her around on his killing spree.

The judge ruled that she had ample opportunity to escape and gave her a life sentence on Nov. 21, 1958. She was the youngest person in American history to be tried for first-degree murder at the time.

Fugate was paroled on good behavior after 18 years, married, and changed her name to Caril Ann Clair. In February 2020, Clair — who is 76 years old as of this writing — attempted to get a pardon from the Nebraska pardons board. Her request was denied.

Though it’s been more than 50 years since the infamous Starkweather murders, his name — and infamy — lives on in books, songs, and films to this day.

Bruce Springsteen’s “Nebraska” is based on the murders, and Billy Joel’s “We Didn’t Start The Fire” references the “Starkweather homicide.” The Brad Pitt-Juliette Lewis film Kalifornia is based on the Starkweather murders, as is Oliver Stone’s Natural Born Killers and Terrence Malick’s 1973 film Badlands.

More than anything else, however, the crimes of Charles Starkweather and Caril Ann Fugate shattered the idyll of an innocent era in America’s heartland.