Meet Charlotte Corday, The Woman Who Assassinated A French Revolutionary Hero — And Inspired One Of History’s Greatest Paintings

On July 13, 1793, Charlotte Corday stabbed French revolutionary Jean-Paul Marat to death in his bathtub. She later claimed, "I killed one man to save 100,000." 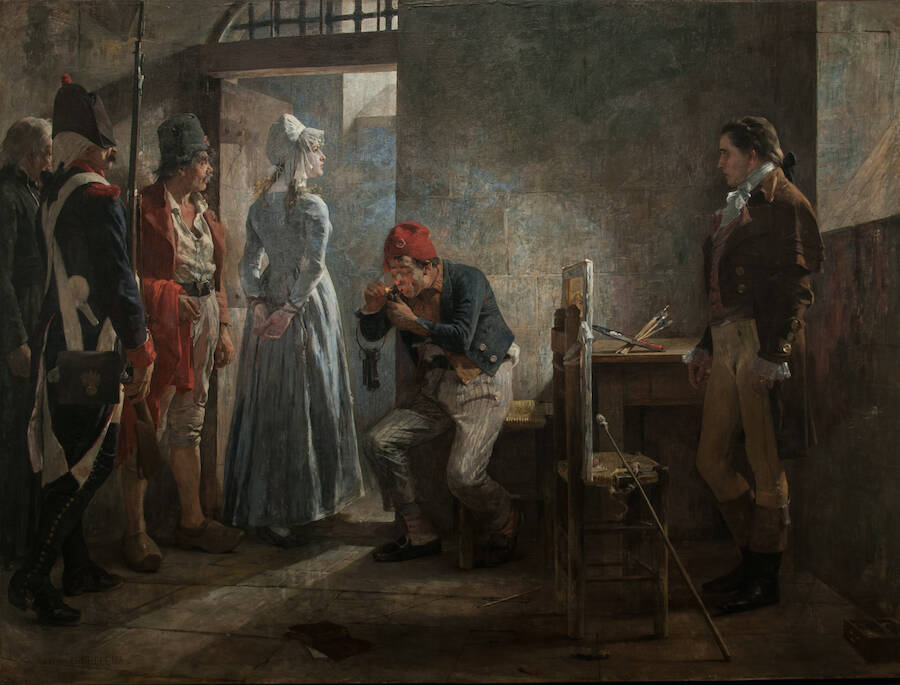 Wikimedia CommonsA depiction of Charlotte Corday being led to the guillotine on July 17, 1793.

When Corday was a child, her father sent her to a convent in nearby Caen. Back then, that was a common way for a woman of her background to receive an education. While at the convent, she read the works of philosophers such as Plutarch, Rousseau, and Voltaire.

A royalist by sentiment but also influenced by the Enlightenment, Corday’s education would later set the stage for her staunch political views.

Charlotte Corday was just 21 years old when the French Revolution broke out in 1789, but she was intrigued by the political eruption. It wasn’t long before she got directly involved in the chaos — by assassinating a revolutionary hero.

The Turmoil Of Revolution

Corday left the convent by 1791, and took up residence with a relative in Caen. While she was there, she met and later began to admire members of a political faction in France known as the Girondins.

The Girondins were moderate republicans who were critical of the violence of the revolution at the hands of their rivals, the Montagnards. 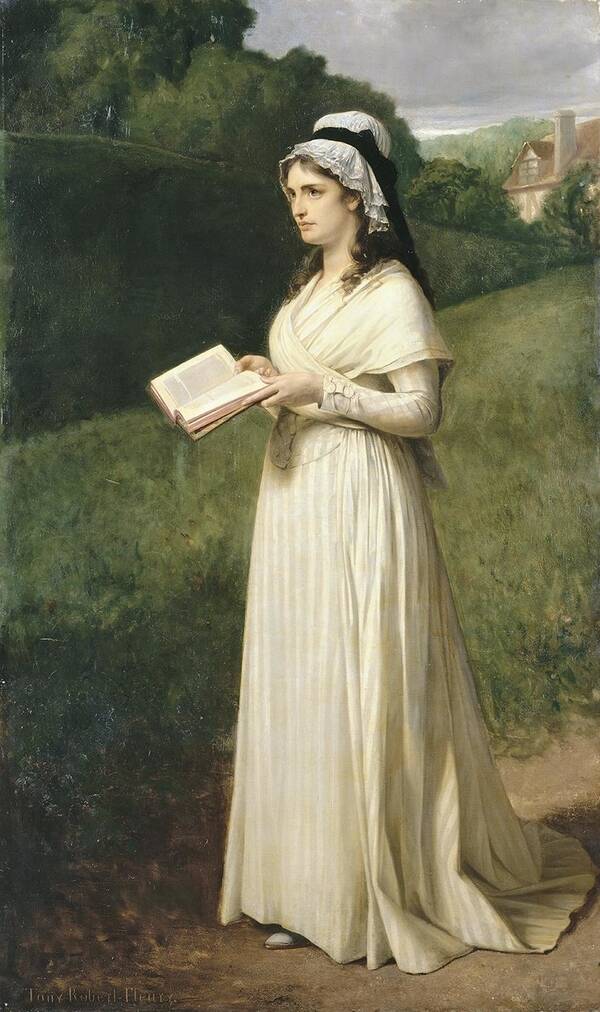 Corday agreed wholeheartedly with the moderation of the Girondins, and believed that only they could save France from bloodshed and collapse.

By the time Corday had left the convent, France had arrived at a critical moment. Tensions in the National Convention, the assembly that governed the country at the time, had come to a head.

Inspired by the Montagnards’ call for revolution, some poor and working-class people, known as sans-culottes, joined riots that became violent.

In 1792, a group of sans-culottes murdered up to 1,400 prisoners. Deaths in the “September Massacres” included Swiss guards and detained royal soldiers, as well as nobles and suspected counter-revolutionaries.

Who Was Jean-Paul Marat? 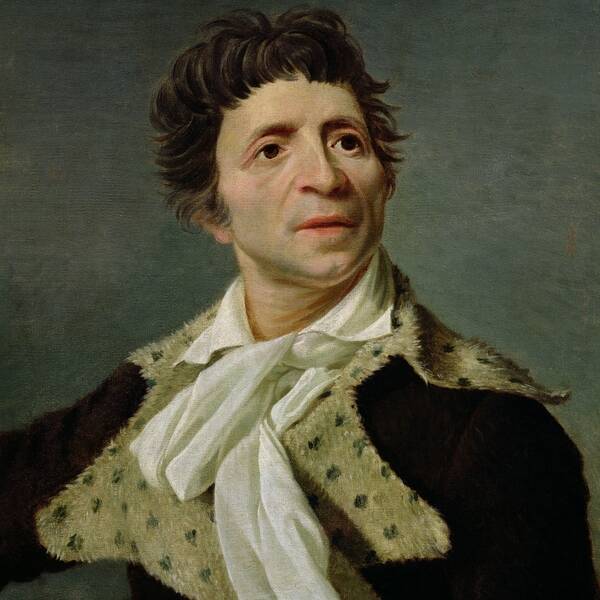 Jean-Paul Marat was a radical journalist who regularly denounced aristocracy and anti-revolutionary activity in his newspaper L’Ami du Peuple (The Friend of the People). Marat often used his paper to target those he considered enemies of the revolution.

Before long, Corday convinced herself that Marat’s paper was the main instigator of violence that she believed was unnecessary.

Although Marat was far from the only Montagnard calling for a rebellion, Corday began to blame him for every single case of violence that occurred in France during this time. It clearly became an obsession of hers.

It certainly didn’t help that the bloodshed was getting worse and worse.

Corday looked on in dismay at the defeat of the Girondins and the execution of King Louis XVI. She was furious at the political defeat and she believed that France was quickly spiraling into civil war.

She laid the responsibility for this chaos squarely at the feet of Jean-Paul Marat. She was convinced that he was twisting the anger of the people to create tyranny and destroy the country she held dear as an aristocrat.

What she did next would change France forever.

The Fateful Decision Of Charlotte Corday 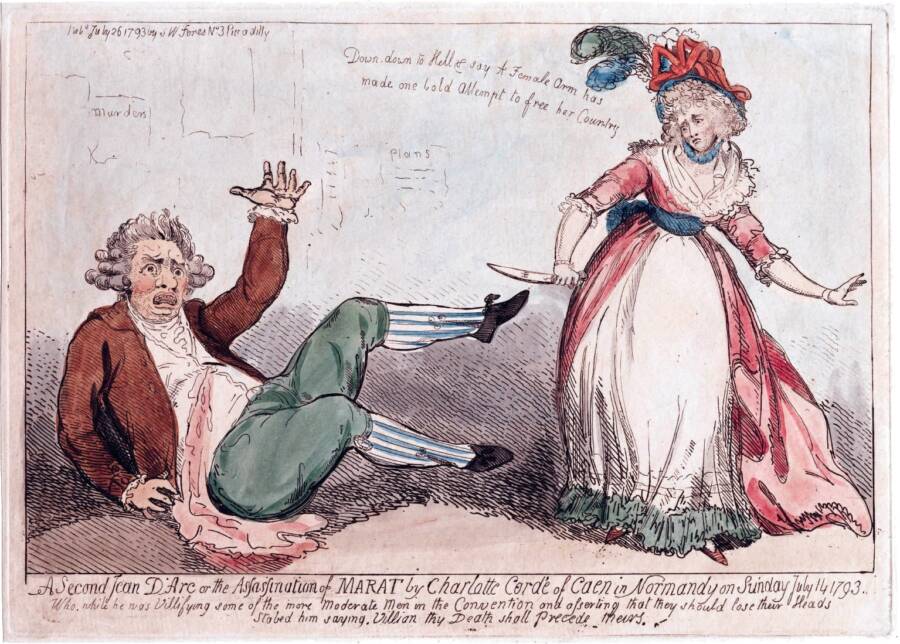 Corday traveled to Paris in June of 1793 prepared to kill Marat — and prepared to die herself afterward. She told no one of her plans, and even claimed to her family members that she was moving to England.

On July 13, 1793, Corday bought a kitchen knife and concealed it in her bodice before she made her way to Marat’s home. She had originally planned to assassinate him in public, but she later learned that he was confined to his home at the time.

Marat apparently suffered from a debilitating skin disease and spent much of his time in the bathtub to ease the discomfort. But Corday was still determined to kill him — even after learning how much pain he was in.

Corday quickly located Marat’s home in the Rue des Cordeliers. At first, she was turned away by his wife, who seemed rather suspicious of a well-dressed woman turning up unannounced. 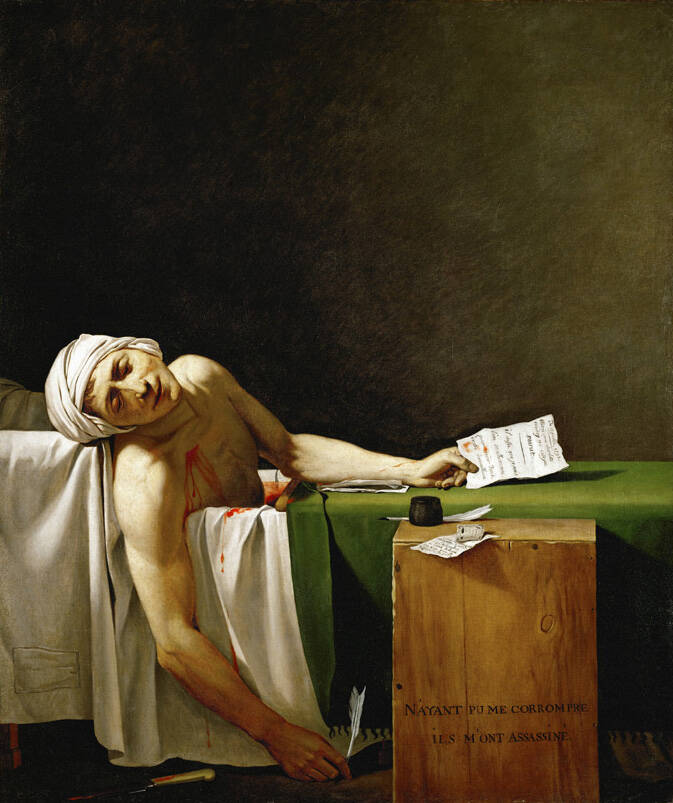 Prepared for this type of reaction, Corday claimed that she had vital information regarding anti-revolutionary activities. Before she returned to Marat’s place again, she wrote a variety of letters apparently addressed to the people of France, explaining the reason behind her actions.

In one letter, she wrote, “I can offer you nothing but my life, and I thank heaven that I am free to dispose of it; I desire only that… my head, carried through Paris, may be a rallying standard for all the friends of law.”

That same day in the evening, Corday came back to Marat’s home. This time, he allowed her in and spoke to her from his bathtub, where she told him about surviving Girondin refugees, officials, and their sympathizers.

Corday later claimed that once she had finished speaking, Marat told her that all the people she named would be guillotined.

At that moment, she whipped out her knife and plunged it straight into his chest. Within minutes, the man she blamed for the destruction of the revolution was dead. 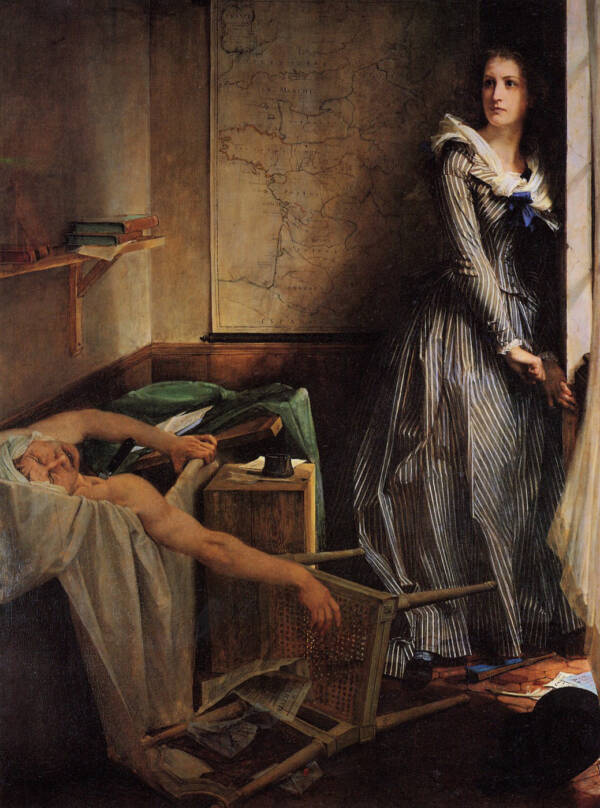 Marat’s friends immediately captured Corday, and within days officials put her on trial. Although she was suspected of working on orders from a lover, she insisted that she alone was responsible for Marat’s assassination. Sentenced to death, Corday was guillotined on July 17, 1793.

How Charlotte Corday Is Remembered Today

Before she was executed, Charlotte Corday allegedly said, “I killed one man to save 100,000.” Ironically, thousands of royalists and Girondins would soon meet a fate similar to Corday in reprisals for his death.

Furthermore, it was Marat that became a martyr figure in France after the high-profile murder — not Corday. In addition, many women were hesitant to show support for Corday’s beliefs after the assassination — especially since they thought her actions hurt their ongoing struggle for equality.

By September 1793, the Reign of Terror — a period of purges, repressions, and beheadings — began, led by Maximilien Robespierre. So Corday’s actions certainly didn’t curb violence. If anything, perhaps the assassination inspired even more bloodshed.

However, some scholars have been more sympathetic to Corday as time has gone on. For instance, historian Alphonse de Lamartine called Corday “l’ange de l’assassinat” – “the angel of assassination.” On top of that, at least one painting has described her as a “second Joan of Arc.”

Indeed, the infamous assassination has inspired countless paintings throughout the years, perhaps the most famous being The Death Of Marat by Jacques-Louis David. Interestingly enough, Corday’s own execution by guillotine has also made its way into many illustrations.

Though Corday certainly went down in history for her actions and will always be remembered for what she did, it’s probably not the way she would’ve wanted it.

After learning about the life of the assassin Charlotte Corday, find out more about her executioner, Charles-Henri Sanson. Then, learn more about other infamous assassinations that changed the course of human history.