James Armistead Lafayette collected intel that helped George Washington win at Yorktown. But after the war, he had to fight for his freedom. 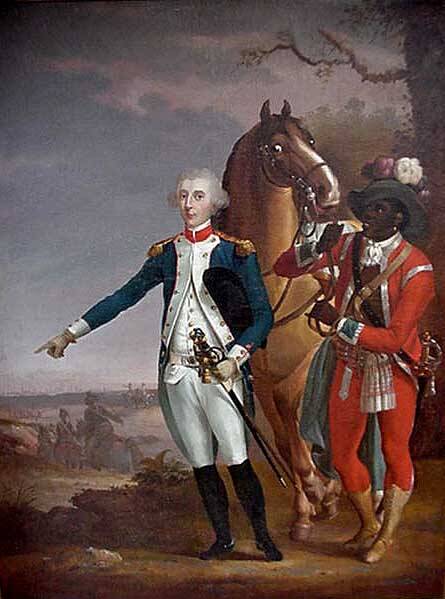 In the midst of the Revolutionary War, a brave American spy infiltrated British forces. He gained the trust of a British general and became a double agent, feeding false information to the Redcoats.

He was the spy who provided the pivotal intel that helped the Continental Army to win the war for their independence.

That spy was James Armistead — and he was a slave. 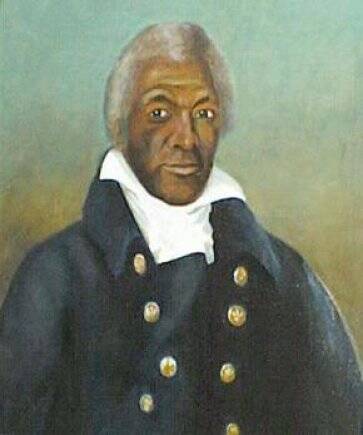 The early life of any slave pre-Civil War is difficult to track, but James Armistead was likely born around 1760 and into the ownership of William Armistead.

In the 1770s, James Armistead became a clerk for William and when the Revolutionary War broke out, the state of Virginia appointed William to manage the state’s military supplies — putting James Armistead in position to view the conflict firsthand.

Meanwhile, in 1775, Lord Dunmore, the British Royal Governor of Virginia, proclaimed that any slave who served in the British army would receive their freedom after the war. In less than a month, 300 slaves signed up to assist the Redcoats.

In response, the Continental Congress passed a similar measure to recruit free blacks and promise manumission to slaves who joined the Patriot’s side.

In 1780, five years into the war, the Armisteads moved from Williamsburg to Richmond. The next year, James Armistead asked for William’s permission to join the war effort and once it was granted, Armistead took a position with the Marquis de Lafayette, the commander of French forces for the Continental Army.

The Intelligence Work Of James Armistead

The Marquis de Lafayette quickly recognized James Armistead was a valuable asset for the colonial cause, in part because he could read and write. Rather than use Armistead as a messenger, the commander offered him a dangerous mission: to infiltrate the British forces as a spy. 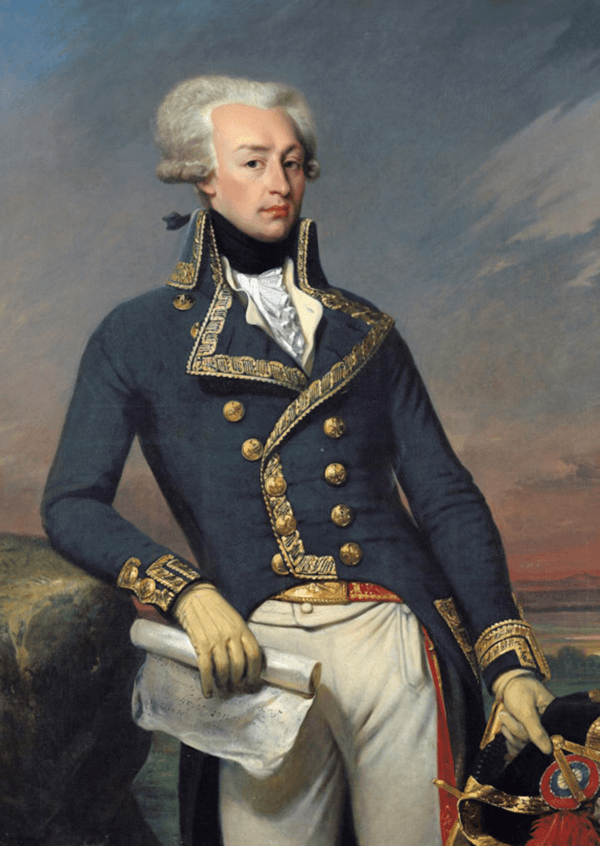 Posing as a runaway slave, Armistead traveled to the camp of British General Benedict Arnold. Armistead quickly gained the loyalty of Arnold and British general Charles Cornwallis for his extensive knowledge of Virginia’s back roads.

Cornwallis consequently appointed Armistead to serve at the British officers’ table, an invaluable place to garner intel for the colonial army. Indeed, Armistead took full advantage of this position and eavesdropped on Cornwallis as he discussed strategy with his officers.

The British also wrongly assumed that Armistead was illiterate and left reports and maps where the spy could easily copy them. In plain sight, Armistead sent written reports daily to Lafayette.

Armistead’s intel proved critical in helping Lafayette’s much smaller force to avoid battle with the British. Armistead was also a key link in the colonial spy network. He could transmit Lafayette’s instructions to other spies hidden behind enemy lines.

Ironically, Cornwallis even asked Armistead to spy on Lafayette. But Armistead remained loyal to the American cause and fed false information on Lafayette’s whereabouts to Cornwallis.

He even passed along a fake letter regarding troop movements that convinced Cornwallis not to attack Lafayette.

Helping The Continental Army To Win At Yorktown 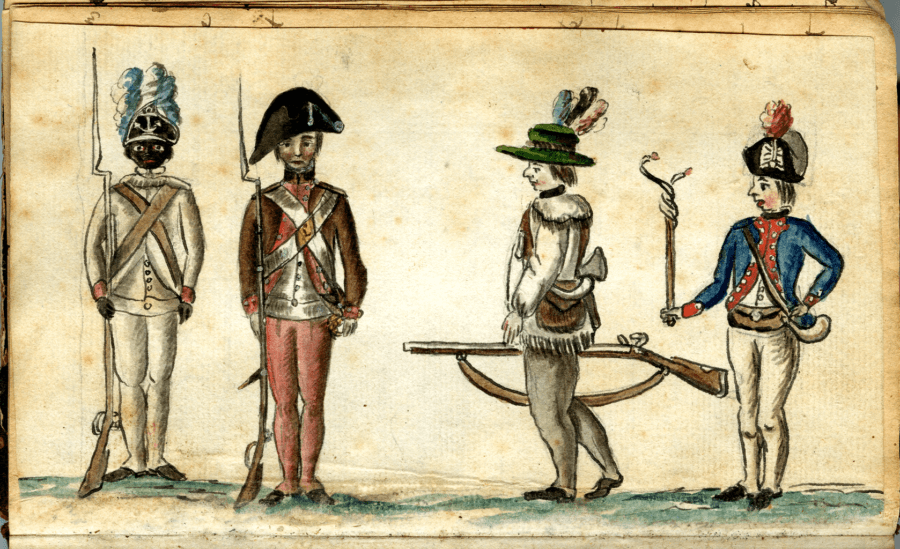 Jean-Baptiste-Antoine DeVerger/Wikimedia CommonsBlack soldiers who fought with the First Rhode Island Regiment during the American Revolution.

In 1781, the Marquis de Lafayette and General George Washington teamed up to finally bring the Revolutionary War to an end.

So that summer Washington wrote to Lafayette requesting information on Cornwallis. On July 31, 1781, James Armistead submitted a detailed report on British locations and Cornwallis’s strategy.

Based on Armistead’s report, Washington and Lafayette implemented the plan. They successfully cut off British reinforcements from Yorktown where the final battle of the war would begin a few weeks later.

On Oct. 19, 1781, Cornwallis surrendered to colonial forces at Yorktown. After waving the white flag, the British general visited Lafayette’s headquarters, but when Cornwallis entered the tent, he came face-to-face with James Armistead.

He learned at that moment that he’d been working with a double agent. 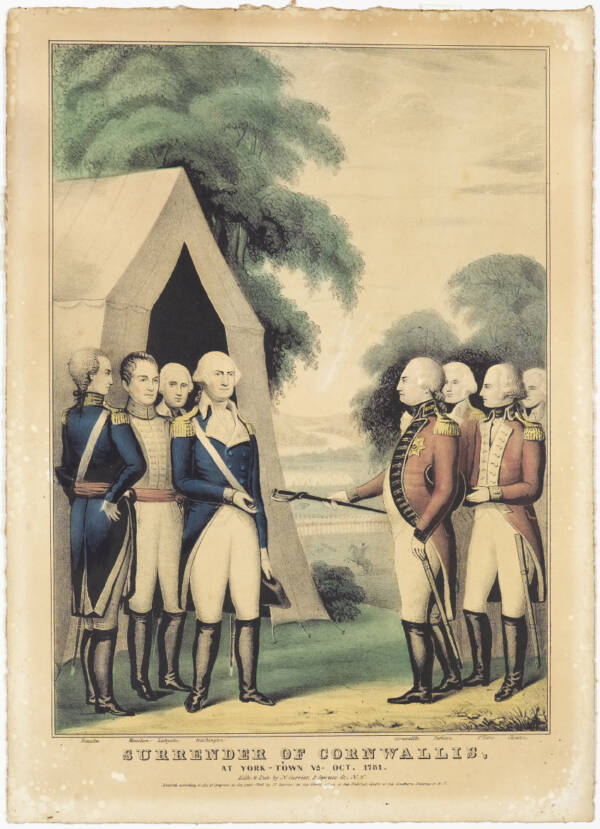 Nathaniel Currier/Wikimedia CommonsGeneral Cornwallis surrenders to General George Washington at Yorktown — a cornerstone of American history that would not have been possible without the boldness of James Armistead.

When the American Revolution officially ended with the Treaty of Paris in 1783, James Armistead returned to bondage.

Virginia’s Emancipation Act of 1783 only freed slaves who “faithfully served agreeable to the terms of their enlistment, and have thereby, of course, contributed towards the establishment of American liberty and independence.”

Though Armistead risked his life to help the Continental Army win, he was considered a spy and not a soldier, and this work for American liberty was not considered “agreeable.” He was thus ineligible for emancipation under the Emancipation Act.

Meanwhile, William Armistead was also barred from freeing James Armistead himself. According to Virginia law, only an act passed by the Assembly could free a slave. William personally petitioned the General Assembly, “praying that an act may pass for [James’s] emancipation.”

But the committee refused to consider the request.

In 1784, the Marquis de Lafayette learned that his trusted spy remained a slave. He wrote an impassioned appeal for Armistead’s emancipation:

“His intelligence from the enemy’s camp were industriously collected and more faithfully delivered. He properly acquitted himself with some important commissions I gave him and appears to me entitled to every reward his situation can admit of.”

In late 1786, William Armistead filed another petition along with Lafayette’s letter to the Assembly. William added his own plea for Armistead’s freedom based on the man’s “honest desire to serve this country.”

In 1787, nearly six years after he became a spy, James Armistead earned his freedom.

Armistead was so grateful to Lafayette for his support that he added “Lafayette” to his last name. Until his death in 1832, the former slave went by James Armistead Lafayette. 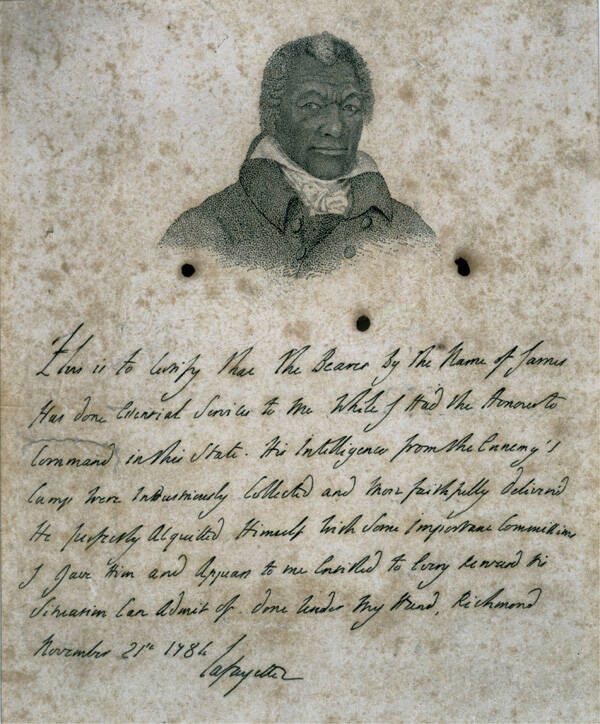 After winning his freedom, Armistead bought a large plot of land in New Kent, Virginia. He married and raised children on his 40-acre farm.

The state of Virginia granted Armistead a stipend of $40 per year for his service during the war.

Years later, as slavery persisted throughout the young United States, the Marquis de Lafayette wrote to Washington: “I would never have drawn my sword in the cause of America if I could have conceived that thereby I was founding a land of slavery!”

In 1824, Lafayette returned to the United States and visited the battlefield in Yorktown. There he saw James Armistead Lafayette in the crowd. The Marquis stopped his carriage and embraced his namesake, who would live the rest of his life as a free man.

James Armistead Lafayette wasn’t the only slave to serve his country. During the Civil War, Harriet Tubman risked her freedom to spy on the Confederates. Read about more influential former slaves who shaped U.S. history.