The Wild Life Of Cherie Currie, The Runaways’ Own Runaway

Cherie Currie thought she was getting her big break, but she ended up in the middle of a nightmare. 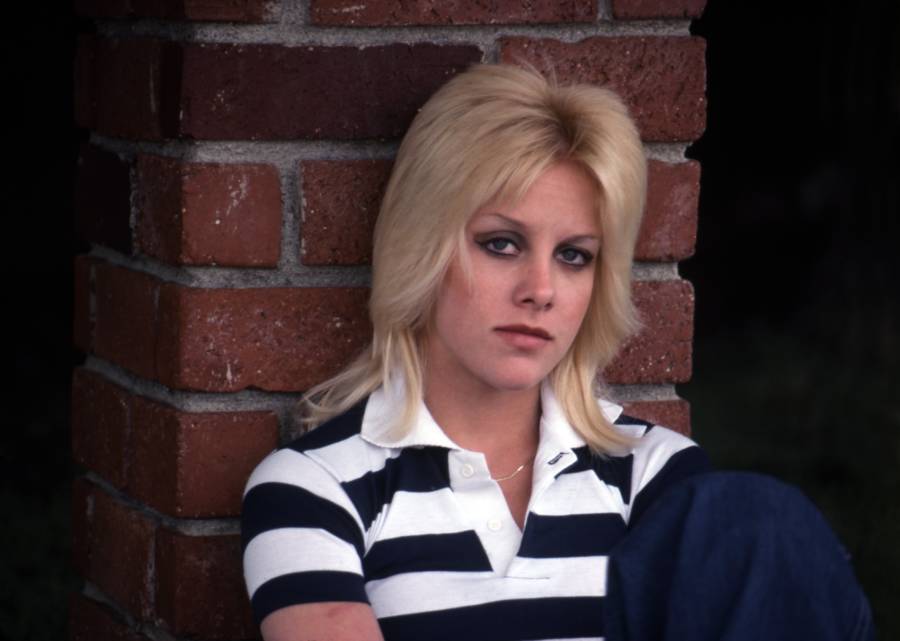 Cherie Currie’s life changed when she was 15 years old.

Unlike most 15-year-old girls in 1975, who were busy beginning high school and finding dates for the homecoming dance, Cherie Currie was unbothered by the mundane high school lifestyle. She was more interested in making a scene.

Before she was even old enough to drive, Currie was driving America crazy as one of the lead singers of the all-girl rock band “The Runaways.” But, within just a few short years, she’d realize that the bright lights of her newfound fame didn’t do much to cover the rock industry’s dark side. 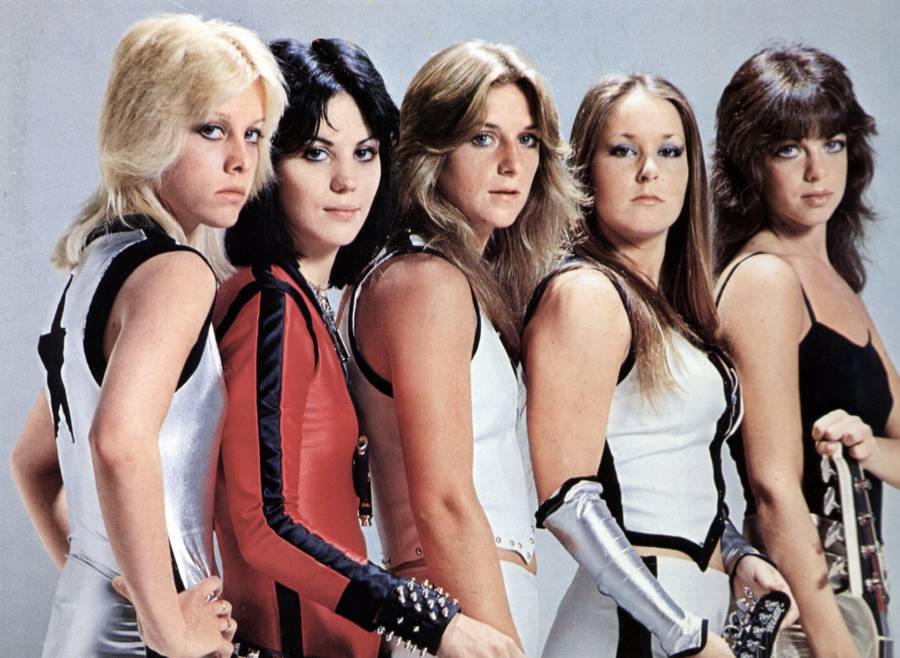 When looking at Cherie Currie’s long-winded career, it’s hard to imagine that it almost didn’t happen.

A year before the band took off, Joan Jett, the leader of the Runaways, was introduced to future manager Kim Fowley at an Alice Cooper afterparty, who took a chance on her unconventional idea of an all-female band. While looking for lady rockers to join her group, she approached not Cherie but Marie Currie, Cherie’s identical twin, to be a lead singer.

Cherie only got the gig when Marie turned it down. Looking back, she says today, she had no idea what taking the job would hold.

For the next two years, the increasingly precocious teenagers would travel the country on tour, spend hours upon hours in the recording studio, and be paid almost nothing for their time or effort.

“We just never had a break,” Currie recalls of her time in the band with Jett, Lita Ford, Sandy West, and Jackie Fox. “Either we were touring, rehearsing or in the studio, and we were making no money at all. They were making a lot of money off of us.”

If the grueling, thankless schedule wasn’t too much for the young women to handle, the treatment they endured at the hands of their management was. Currie describes the management’s behavior as abuse in the name of “toughening them up” but ask anyone else and it just reads like flat-out abuse.

Kim Fowley allegedly used to throw jars of peanut butter at the girls during rehearsals to prepare them for the rough audiences they were bound to encounter. He would also verbally abuse them and pit the once friendly and united girls against each other.

“We got such abuse on a daily basis,” Currie said. “They were trying to harden us to the reality of the rock’n’roll world but how could we possibly know this wasn’t the way it was supposed to be?” 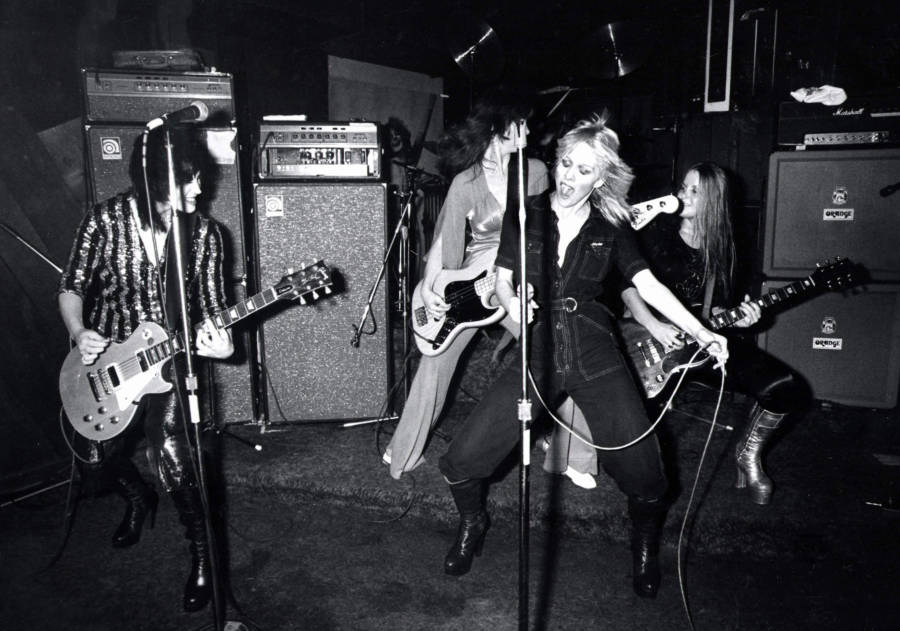 Eventually, Currie realized that it wasn’t the way it was supposed to be. She had only been with the Runaways for two years, but she was already addicted to cocaine and quaaludes, had gotten pregnant by one of her managers, and was fed up with Fowley’s treatment.

Eventually, she broke off from the band, convinced by Fowley that Jett wanted her out. She later realized how horribly mistaken she was about this.

“There was so much conflict over the attention paid to me as the lead singer,” she recalled later. “Joan was very upset and hurt but I really thought these girls wanted me out. It was a lack of communication.”

As for if she regrets it or not, she has just one answer.

Ater effectively running away from the Runaways, Currie attempted a solo career then a career as a duo with her twin sister. From there she tried her hand at acting, appearing alongside Jodie Foster in Foxes and cameoing in the spoofy “rockumentary” This Is Spinal Tap.

Eventually, she realized her interest in drugs had gone from habit to problem and decided to turn her life around. She took a job at North Hollywood’s Coldwater Canyon hospital, working as a tech in the drug and psych wards. Before long she’d become a drug and alcohol counselor herself and was using her experiences to get people like her through their dark times. 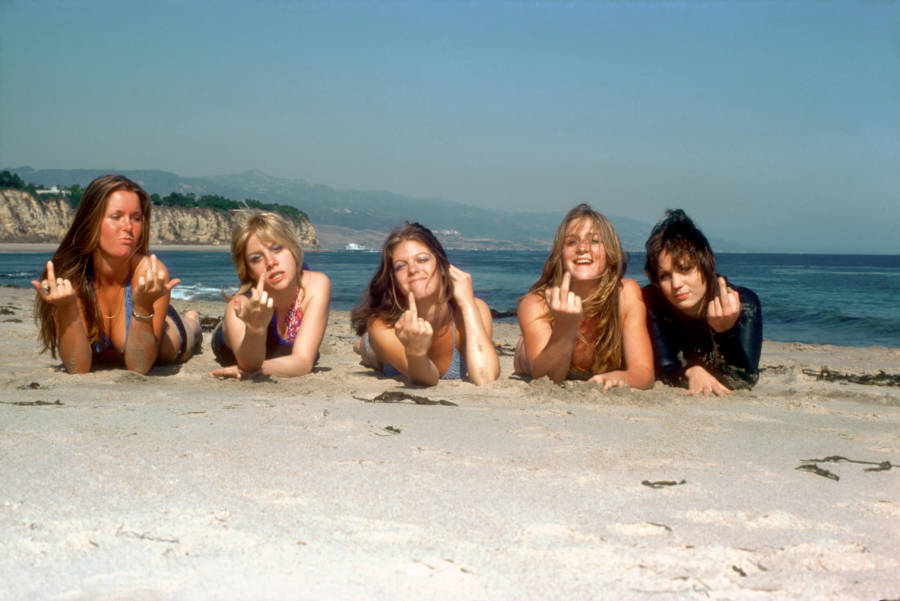 “I was only 25 and a lot of these kids were the age I was when I was in the Runaways when I was introduced to drugs, so it was a good fit for me,” she said.

From there she published a book, a memoir titled Neon Angel that chronicles her wild ride through the Runaways in her own words. She wrote the book for teenagers originally, hoping they’d use it as a “what not to do” manual, but it soon blossomed into a darkly detailed account of a teenage girl’s trauma.

It has since been turned into a docu-drama titled after the band, The Runaways.

Currie claims that writing the book allowed her to set herself free from the trauma of her past and work through her issues. Most surprisingly, she now talks frequently with Joan Jett whom she made up with decades after leaving the band.

Today, Cherie Currie continues to counsel young people through their addictions, using her unusual and unique anecdotes as encouragement. When she’s not counseling kids, she’s spending time with her son, and using her free time to create chainsaw art out of fallen logs.

As for her past in the Runaways and beyond, she claims she has some regrets, but for the most part, she knows getting out was ultimately the right move.

Next, check out these rock groupies who changed rock and roll music. Then, read about Sable Starr, the frighteningly underage 1970s “Groupie Queen.”