The fall from the observational deck of the Empire State Building is about 1,050 feet. 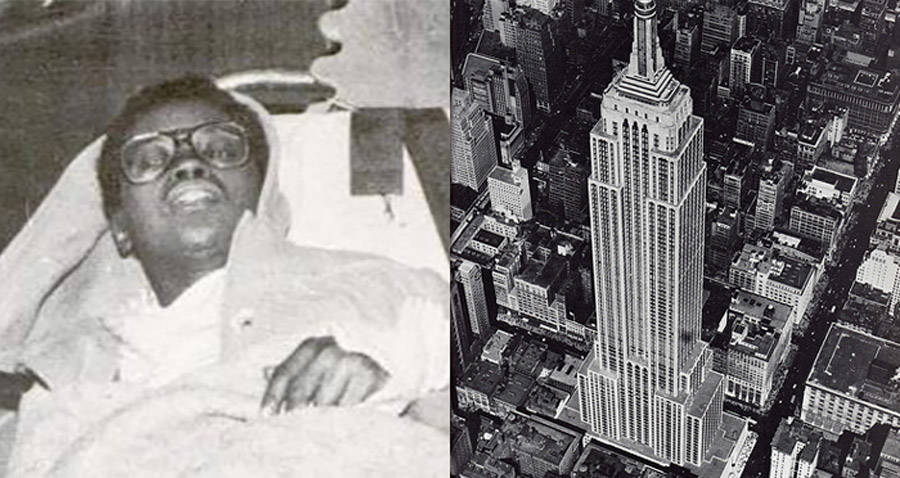 After losing her job, the 29-year-old Bronx woman was reportedly living off $100 welfare checks. Unable to pay the rent, her landlord was threatening to evict her and her 10-year old son. So in a deep depression and not knowing what to do, she found herself on top of the Empire State Building.

The Jump Of Elvita Adams And Those Before Her

The 102-story midtown Manhattan building, completed in 1931, is internationally recognized. With a height of 1,250 feet, Elvita Adams wasn’t the first person who decided to leap from the Empire State Building. There have been over 30 suicide attempts from the famous New York City skyscraper with most of them being successful. The first one happened in 1931 before the building was even complete when a man who had been fired jumped from the 58th floor. 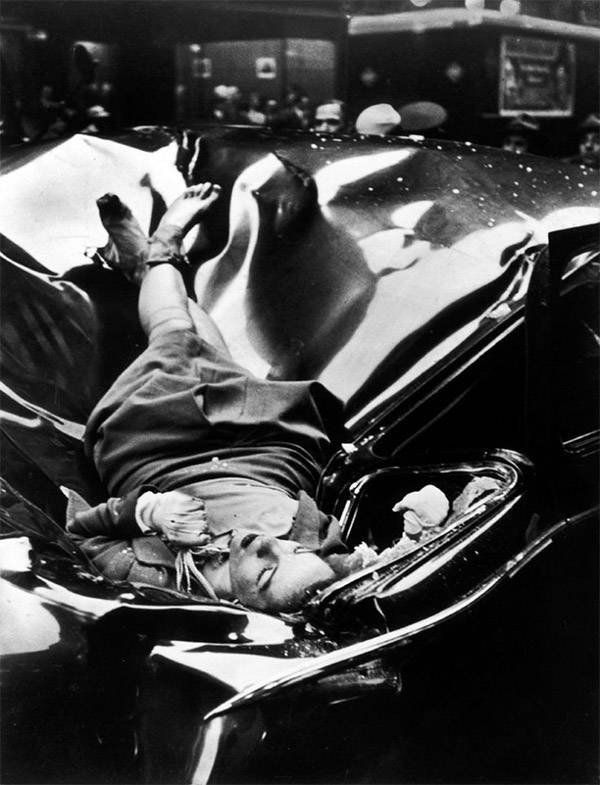 Wikimedia CommonsEvelyn McHale’s body on top of the limousine she landed on.

There was also the tragic story of Evelyn McHale, whose death was dubbed the “the most beautiful suicide” because she wore pearls and gloves, and landed atop a limousine. A photography student snapped a photo of McHale’s 1947 jump, which then became infamous; ending up in Time magazine and even in Andy Warhol’s art.

On that Sunday evening in early December, Adams had wondered over from the Bronx to Manhattan to see the lights.

“They were so pretty, I wanted to reach out and touch them,” she is quoted as saying afterwards. Adams climbed over the fence that surrounded the observational platform on the building’s 86th floor and lept. But she’d never find death as something incredible happened.

Wind isn’t ordinarily thought of as miraculous, but the gust of wind that blew Elvita Adam’s body back, landing her just one flight down, was nothing short of extraordinary. On that day, the winds were said to be blowing somewhere between 23 and 38 MPH. After jumping, Adams landed on a two and a half foot ledge on the 85th floor.

Reportedly, security guard Frank Clark heard Adams moaning and reached out of the floor’s window to pull her into safety. She was then taken to Bellvue Hospital in severe pain, the result of either a broken hip or pelvis. After being treated, she was placed under psychiatric watch while a hospital spokesperson said she was in “satisfactory condition.”

In the aftermath, Elvita Adams allegedly said from the hospital, “All I remember is the pain, I was in so much pain that I wasn’t afraid.” She is also quoted as saying, “I’m not sure if the wind pushed me back, or pushed me off.”

In an article published the following day in the local New York paper, the Adirondack Daily Enterprise, a police officer named Joseph Bay said it was more than an assumption that Adam’s jump was a suicide attempt, as she had to make the climb over the fence.

It’s unclear what happened to Evita Adams after she was saved. Decades later, in 2011, a one-woman play was prodcued titled I’ve Been Elvita Adams. The off-beat play speculates off the idea that, after her attempt to end her life, Adams went on to become a standup comic.

That likely wasn’t the case. But hopefully, with a hand from the chance of fate she encountered and renewed perspective, Elvita Adams was able to seek the help she needed.