It depends. Family planning officials are charged with regularly checking menstrual cycle and pelvic-exam results of every woman of childbearing age in a given area. If a family is found in violation of the policy — and it applies to them — they are subject to a number of punishments, which usually depend on their connections and wealth. 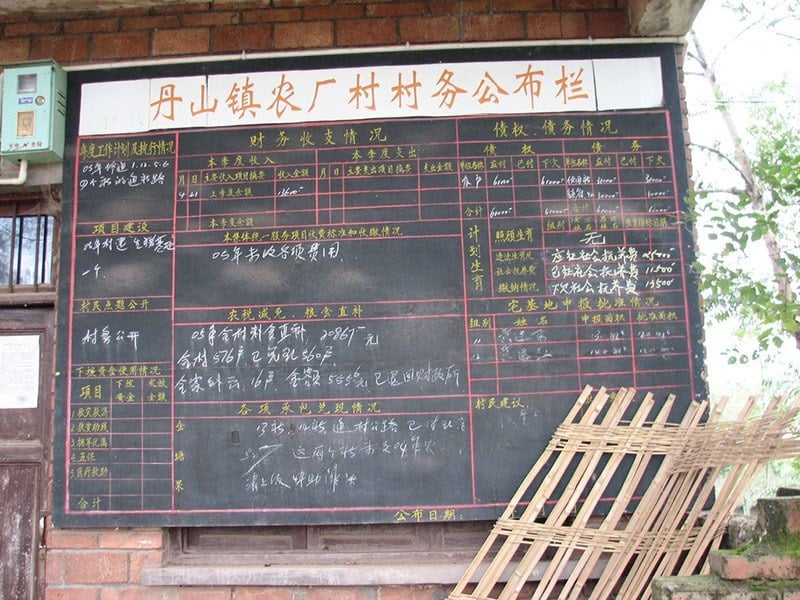 The Danshan, Sichuan Province Nongchang Village people Public Affairs Bulletin Board in September 2005 noted that RMB 25,000 in social compensation fees were owed in 2005. Thus far 11,500 RMB had been collected leaving another 13,500 RMB to be collected. Image Source: Wikipedia

If a civil servant breaks the policy, he or she will receive a punishment, ranging from a demerit to discharge.

Sometimes, however, those who are found with a second child — or pregnant with a second child — can be forced to have an abortion, even late term, or be sterilized. According to Chinese Health Ministry data released in March 2013, 336 million abortions and 222 million sterilizations have been carried out since 1971.

Census data reveals that Chinese officials don’t always catch the rule breakers, though: in 1990, for example, the census recorded 23 million births. In 2000, the census put the number of 10 year olds at 26 million, which according to Telegraph Beijing reporter Malcolm Moore suggests that “at least three million babies…escaped the notice of family planning officials.”

Why Did China Impose A One-Child Policy In The First Place? 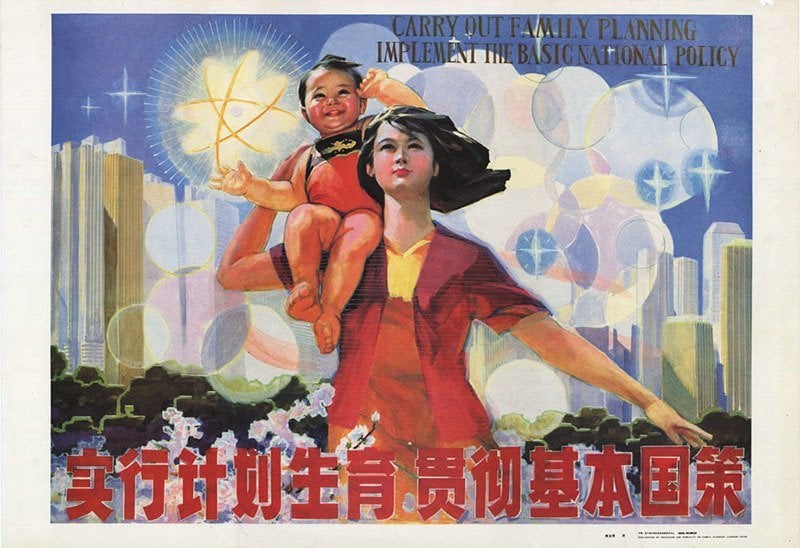 The late 70s were a pivotal time in Chinese history. Chinese Communist revolutionary and Chairman of the Communist Party of China Mao Zedong died in 1976, and the Cultural Revolution — a mass purge of anyone or anything that were believed to threaten Communist ideology — died along with him.

At that point, the Chinese population had doubled to 940 million people, corresponding with a recovery from the 1958-1962 famine, as well as Mao’s encouragement that citizens have as many children as possible to “empower” the country.

Earlier attempts to quell that growth — such as advocating for family planning and contraception use in the 1960s, and in 1970 encouraging people to marry later and have only two children — had failed, and emerging discourse about the relationship between population and economic growth got top Chinese officials seriously worried about China’s future.

The fear was that, according to the Information Office, given China’s weak foundation, vast scale, massive population and low ratio of cultivated land, overpopulation would reduce quality of life and potential for economic growth. It was therefore necessary “for the development of population to be coordinated with the development of the economy, society, resources and environment,” wrote the Information Office.

With those circumstances in mind, economic reformer Deng Xiaoping introduced the one-child policy as a then-temporary measure to “deal with the population problem in the overall context of…national economic and social development,” the Information Office wrote.

Thus in 1979, the plan was officially adopted, and enacted in September 1980.