The Story Of Ching Shih, Prostitute Turned Lord Of The Pirates

How one 18th century concubine became the "Terror of South China." 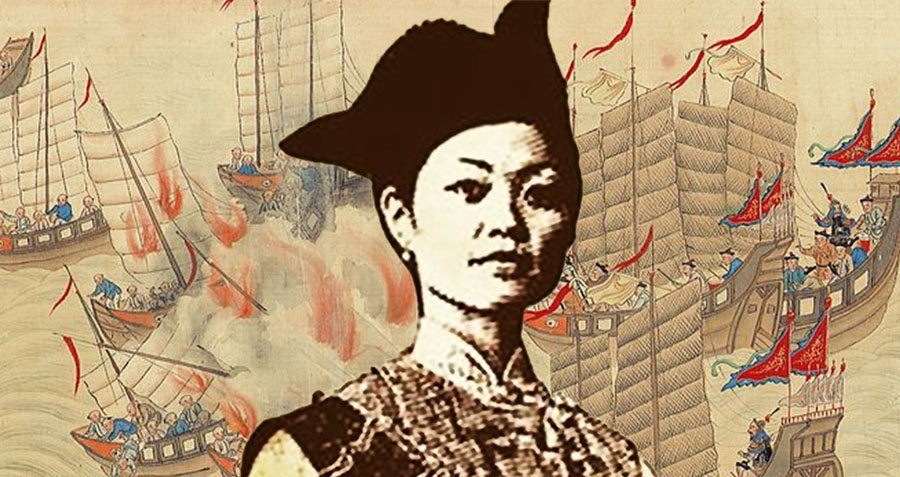 In a rags-to-riches story for the ages, prostitute-turned-pirate-lord Ching Shih remains one of the most feared and successful pirates in history. After her husband’s death, Shih took over the infamous Red Flag Fleet, led over 50,000 pirates, and lived to tell the tale with all of her acquired riches intact.

Who Is Ching Shih?

Born Shil Gang Xu in 1775, Shih grew up in the Guangdong (Canton) province of southeastern China, where at one point she worked as a prostitute on a floating brothel, as originally reported by Ancient Origins. But an 1801 encounter with Zheng Yi, pirate commander of the Red Flag Fleet, would pluck Ching Shih from this floating obscurity and change her life forever.

Yi proposed to Shih, however the nature of the event itself remains a source of speculation. Some say Yi ordered a raid on the bordello and captured his concubine, while others retain Yi simply asked Shih to marry him.

By either account, Shih said yes to Yi’s proposal, but only after Yi assured her that he would meet certain conditions — conditions which included an equal partnership in fleet leadership, as well as 50 percent of the admiral’s share of anything attained. Yi agreed, stayed true to his word, and the pair would go on to run the ever-growing fleet of pirate ships together. 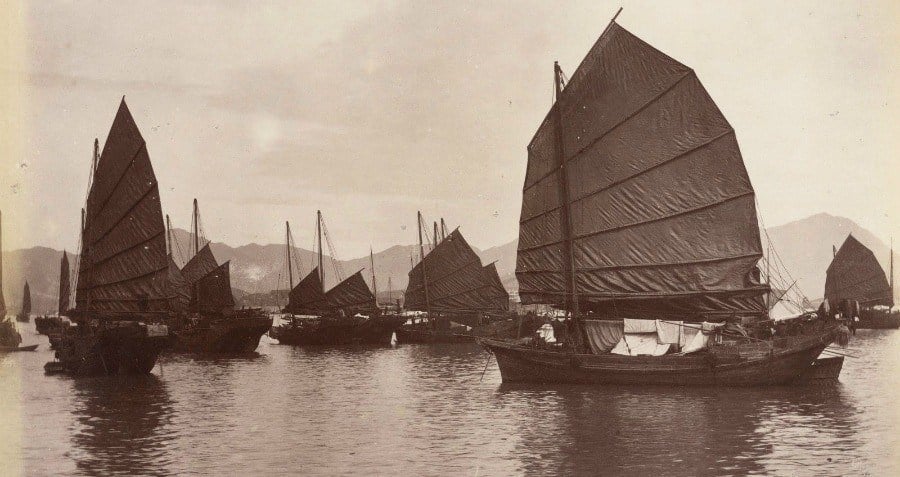 The couple only possessed 200 ships at the time of their marriage, but a coalition with powerful Cantonese pirate forces would soon allow the Red Flag Fleet to comprise somewhere between 1700 and 1800 ships. These combined efforts would result in a color-coded fleet of ships, led by the “Red Flag,” and followed by convoys labeled Black, White, Blue, Yellow, and Green.

One of their largest successes came in 1804, when the fleet issued a blockade of a Portuguese trading port at Macau, located on the south coast of China. The Portuguese sent a squadron to fend off the pirate attack but the Red Flag promptly overpowered them. Even the British Royal Navy declined to get involved, instead providing naval escorts to ships belonging to them and their allies.

Just six years after marrying Shih, the Red Flag Fleet’s co-commander, Zheng Yi, fought his last fight amid the Tay Son Rebellion in Vietnam, where he died in 1807.

Seeing an opportunity to rise to power, Shih, with the support of the Fleet’s second in command, Chang Pao, oversaw command of the entire squadron. Soon, Shih would go on to rule hard, celebrating success at nearly every turn.

Now officially known as the name she would be remembered by, Ching Shih — which translates to “Ching’s (Zheng’s) widow” — oversaw somewhere between 50,000 and 70,000 pirates.

The ruthless ruler kicked off her regime with a strict code of conduct. Going forward, the crew would account and register any and all money seized in raids before they could distribute it amongst themselves.

Likewise, the ship responsible for the capture would receive 20 percent of the bounty, with the remainder sent into a large collective fund that the entire fleet could enjoy. Anyone caught withholding bounty would face severe whippings — and on some occasions, beheading.

With everyone on board in both a physical and figurative sense, Shih’s team would go on to pillage the south China coast, taking over several towns and taxing countless others. Violence helped them succeed.

Indeed, Shih’s fleet would often nail the feet of resisters to the decks of her ships before the real torture — a beating — began. This proved effective: Under Shih’s rule, the fleet would sink 63 Chinese government vessels, which prompted British and Portuguese Navy to stay out of her affairs. 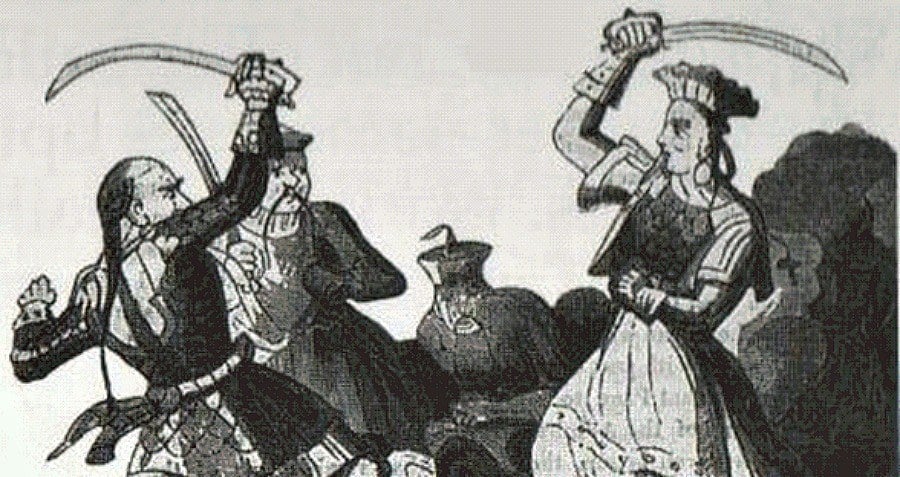 Beyond these maritime successes, Shih is perhaps most known for the strict and admittedly strange rules she imposed on the ship’s female prisoners. The pirate lord would allow her crew to keep attractive women as wives or concubines, on the condition that they remain faithful and take care of their newly-acquired beloveds.

If they defied Shih’s orders — specifically by practicing infidelity or raping their partners — they would face beheading and execution. As for the ugly women, Ching Shih would have them released, no harm done.

Shih demanded pirate loyalty not just to their wives, but to the fleet writ large. If a pirate abandoned the fleet, her crew would seek him out and — if captured — cut his ears off.

The End Of The Red Flag Fleet And Life After Piracy

Three years after assuming rule over the Red Flag Fleet, the Qing emperor saw no way to defeat Shih and her army of pirates. Thus, he struck a deal with anyone willing to return to the mainland. Unlike fellow pirates Anne Bonney and Mary Reed, whose captures resulted in a death sentence, Shih received amnesty and could return to civilian life without ceding any of her wealth.

She would go on to marry a former underling, Pao. Together they returned to the Guangdong province, where Shih opened and operated a gambling house until her death in 1844. Today, her legacy lives on in Disney’s Pirates of the Caribbean franchise as Mistress Ching, one of the nine Pirate Lords.

Fascinated by the tale of Ching Shih? Next, read about Empress Wu Zetian, China’s first and only female emperor. Then, take a look at the surprising history of prostitution around the world.