Ambitious or power hungry? Was Empress Wu Zetian -- China's only female ruler -- truly as evil as the history books say? 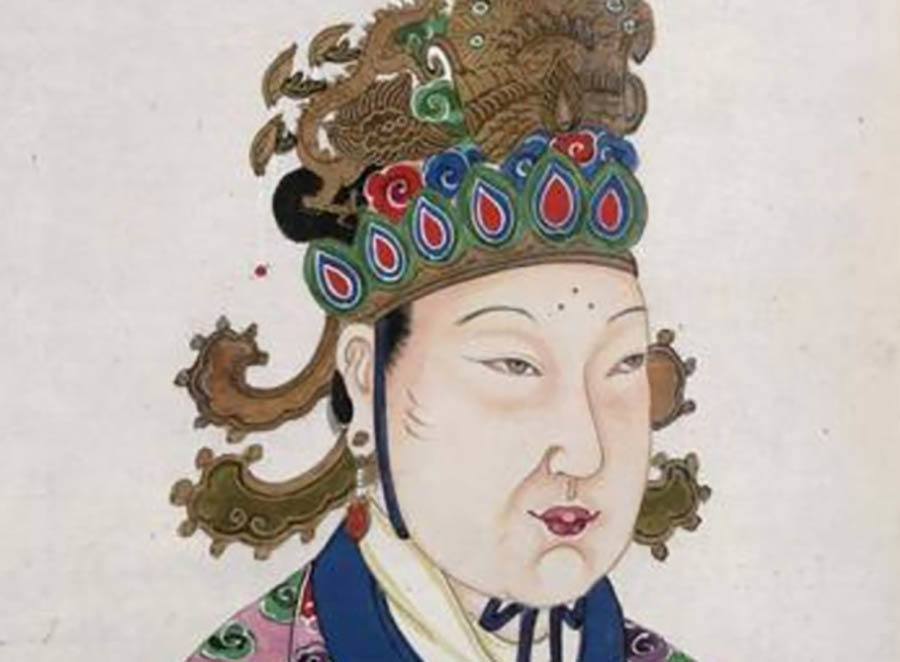 The favorite concubine of the Chinese emperor has just given birth to a baby girl. Instead of seeing her child, she sees an opportunity.

Hoping to dethrone the current Empress Wang and take her place, Wu Zetian takes her baby into her arms for the last time and strangles the infant. She proceeds to blame the death on Wang, which isn’t hard to do since the emperor believes everything Wu — described by critics as “hated by gods and men alike” — says.

Wang then languishes in a solitary jail cell deep within the palace, leaving Wu to claim her place as Empress. And when Wu’s new husband thinks he might forgive his former wife? Now-empress Wu doesn’t hesitate to have her brutally murdered. Wu Zetian, perhaps one of history’s worst moms, goes on to do the unthinkable: She becomes China’s sole female ruler.

Wu Zetian’s story is made all the more astonishing because of her humble beginnings.

The daughter of a general, Wu moved to the palace of the Tang Dynasty’s Emperor Taizong in 636. There, she worked in the royal court as a concubine — and a low-ranking one at that. A fifth-tier concubine, her duties primarily included those of a maid, and some historians speculate that she first gained access to Emperor Taizong by changing his bed sheets.

That’s not to say Wu’s royal access was immediate or easy: To get the kind of relationship she wanted with the emperor, Wu had to face down the 28 higher ranking women that stood between her and the emperor — adding to the evidence that she possessed an unusual degree of cunning and social ambition.

When Emperor Taizong died, Wu should have followed her fellow concubines to a Buddhist monastery to live as a nun, as it would have been a disgrace to the emperor’s memory were any other men to touch his former consorts.

Instead, Wu escaped the convent and returned to the palace, where she was favored by the new ruler, Taizong’s son, Emperor Gaozong. The favoritism likely came since the pair had started their affair before the death of Taizong. 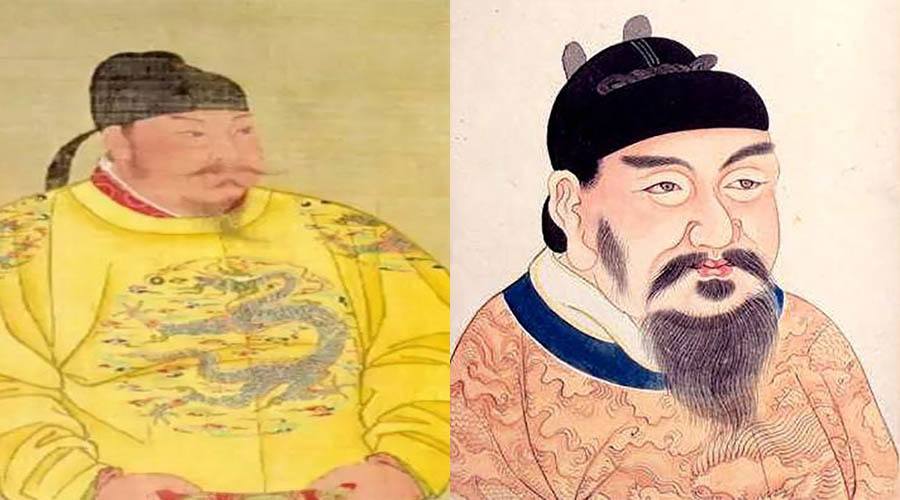 At the time, Emperor Gaozong’s wife, Empress Wang, worried that Gaozong was too enamored with Consort Xiao, a concubine with whom he had three children. She thought that the newly-arrived Wu might distract her husband from Consort Xiao.

Wang’s plan backfired: Wu outstripped both of them and became the emperor’s new favorite. Wu, recognizing opportunity when she saw it, knew she had to get rid of her two main romantic rivals if she wanted to keep moving up the palace’s ranks.

This is where her reputation as one of history’s worst mothers gets its legs.

Wu Zetian gave birth to a daughter, but the child died in infancy. Historians now agree that she most likely strangled the child herself in order to frame Empress Wang for the crime.

It worked. Wang, along with Consort Xiao, were stripped of their titles and imprisoned inside the palace. Now that Wang was out of the way, Emperor Gaozong promoted Wu to empress — and this is where things get gruesome.

Histories written at the time report that the newly-minted empress had the feet and hands of the other two women cut off, and their bodies stuffed into vats of wine where they were left to drown.

Keep in mind that Wu was doing this at a time when a female ruler of China was virtually unthinkable. In his book Wu Zhao: China’s Only Female Emperor, scholar N. Henry Rothschild wrote that “…a woman in a position of paramount power was an abomination, an aberration of natural and human order.”

In light of this, Wu made enemies of historians and other government officials (even the great Chinese poet Luo Binwang criticized her), with many of these men seeking to discredit her through rumors of cruelty.

Wu Zetian persevered and had no problem sacrificing her own children if it meant she would become China’s supreme ruler.

The collateral damage, beyond Wu’s dead infant, included Li-Hong, Wu’s eldest son and China’s crown prince, who died suddenly after being poisoned, almost certainly at Wu’s hand. Next, Wu badgered his successor — her second son — with so many accusations of crimes, including treason and murder, that he was eventually deposed and exiled.

After Emperor Gaozong died, Empress Wu remained in control of the throne, but she still wasn’t satisfied. She forced her youngest son, who replaced his exiled brother, to abdicate the throne, destroying now her fourth child and proclaiming herself Emperor Zetian.

Was all the cruelty and cunning worth it?

A look at her record might lead one to say yes: By reforming agricultural production and taxation systems, farmers thrived and the Tang dynasty was stable. By requiring that farming manuals be distributed, she supported the advent of the printed word. Under Empress Wu, the Silk Road opened back up after being closed due to an outbreak of the plague. She even introduced her own set of Chinese characters, called the Zetian characters. 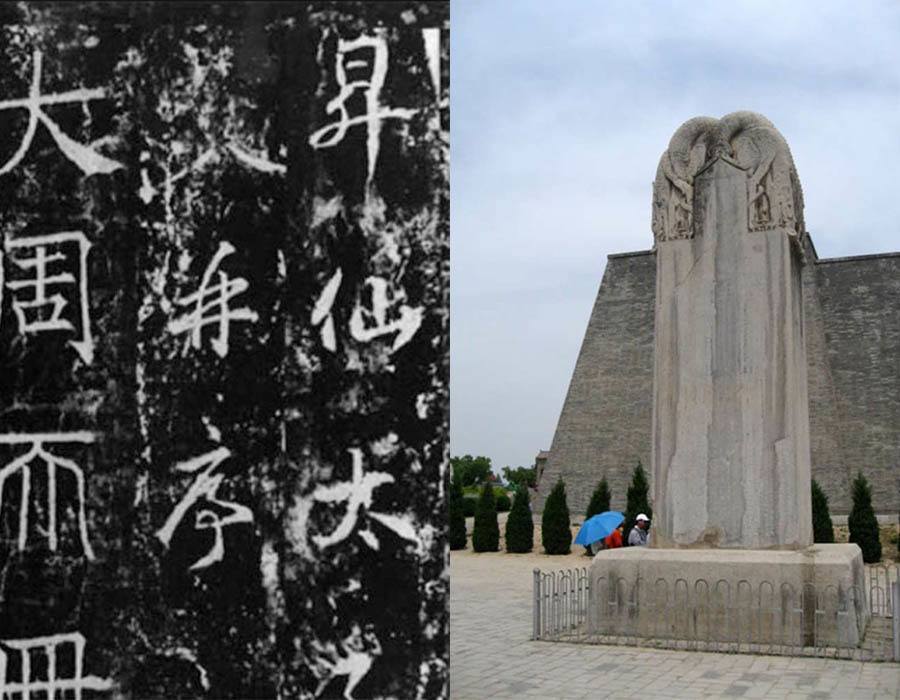 As for her second son that she exiled earlier? He would be her downfall. He and his wife, Wei, herself a former concubine, came out of hiding, and seeing that Wu was neglecting her kingdom as her health began to fail, forced her to give up her hard-won royal seat. She died shortly after.

As is customary for monarchs, a huge stone slab was erected in front of Wu’s tomb before her death. Following her final departure, historians were then supposed to fill the slab with a long inscription detailing the ruler’s accomplishments.

But upon Empress Wu Zetian’s death, the slab was left blank.

For a woman who accomplished the near-impossible in her time, she is now remembered almost solely for the crimes she committed on her way to the top.

After reading about Empress Wu Zetain, discover another fascinating queen of centuries past that you may not have heard of and the story of the real Bloody Mary.