Inside The 1976 Chowchilla Kidnapping That Left 26 Schoolchildren Buried Alive

In July 1976, three men abducted a school bus full of children in rural California in an attempt to hold them for ransom — but then the students and their bus driver dug their way to freedom.

In July 1976, dozens of parents in rural Chowchilla, California, faced their worst nightmare when their children went missing. A school bus carrying 26 students mysteriously vanished on the way back from a summer field trip, and three wealthy young men were the top suspects. Frederick Newhall Woods IV and Richard and James Schoenfeld were soon behind bars for what had become known nationwide as the Chowchilla kidnapping.

Thankfully, all the children and their bus driver returned home 36 hours after they were abducted, safe but traumatized. The three masked men had hijacked the school bus, transferred the captives into prison vans, and buried them alive in a cargo truck at a quarry 100 miles away. 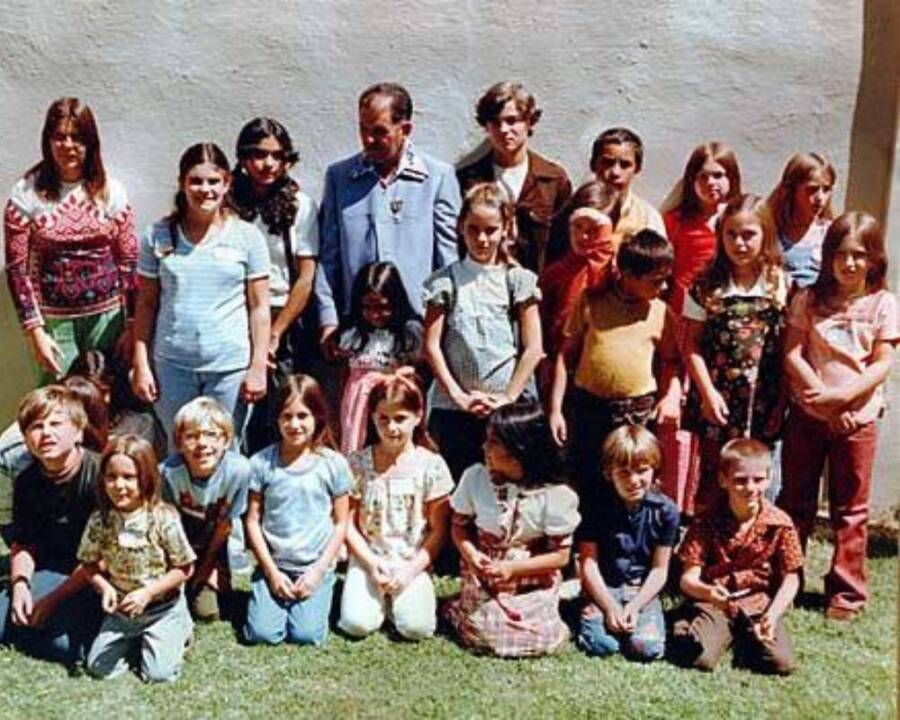 Ed Ray and 26 children were abducted at gunpoint by Frederick Newhall Woods and his two accomplices from a school bus in rural California.

For a grueling 16 hours, the bus driver and one of the oldest students worked tirelessly to free themselves and the other children from the makeshift prison before they ran out of air or the roof of the truck collapsed in on them from the weight of the dirt above. Their miraculous escape made national headlines, but their abductors were still on the loose.

When police finally caught up with the perpetrators, they were stunned. Three young men from extremely wealthy families had meticulously planned and carried out the kidnapping — all so they could demand a $5 million ransom to pay off their debts. And now, more than 40 years later, all three will soon be walking free once again.

Inside The Horrifying Chowchilla Kidnapping

On July 15, 1976, 26 children ranging in age from five to 14 boarded a bus driven by 55-year-old Frank Edward “Ed” Ray for a summer field trip to a local swimming pool. Around 4:00 p.m., as Ray was driving the students home, a white van suddenly pulled in front of the school bus and came to a stop in the middle of the road.

Two men boarded the bus wearing pantyhose over their heads and carrying sawed-off shotguns. One of them took over the wheel while the other held Ray at gunpoint. A third man followed the bus in the van that had barricaded the road.

Larry Park, who was just six years old at the time of the Chowchilla kidnapping, later told 48 Hours, “Where their eyes were… it almost looked hollow. It was like looking at death.”

After driving a short distance, the men brought the school bus to a stop in a dry riverbed surrounded by bamboo and tall brush, where another van was waiting. They ordered Ray and the children into the back of the two vans, which had been converted from prison transport vehicles. The windows had been painted black, and the insides were lined with wood paneling to keep the children from seeing out or being heard.

The kidnappers then drove the two vans around for 11 hours, finally stopping at a quarry 100 miles away in the town of Livermore. They forced Ray and all of the children down a ladder and into a moving truck they had buried 12 feet underground. 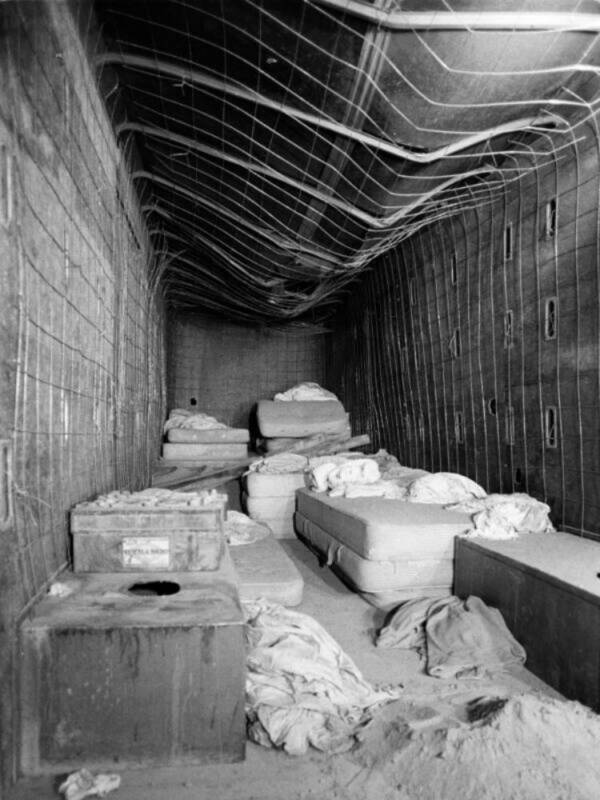 Bill Young/San Francisco Chronicle via Getty ImagesThe interior of the moving truck in which Ed Ray and 26 children were buried alive.

Jennifer Brown Hyde, another victim of the Chowchilla kidnapping, vividly remembered being ushered into the deep, dark hole at gunpoint: “I felt like I was an animal going to the slaughterhouse.”

Once all 27 members of the group were inside, the kidnappers put a heavy piece of metal and two 100-pound industrial batteries on top of the entry they’d cut into the roof of the truck, filled in the rest of the hole with dirt, and left the scene.

While the men had equipped the van with fans and mattresses, carved makeshift toilets into the wheel wells, and provided bread, peanut butter, and water, Ray knew he and the students wouldn’t survive long if they ran out of air. So he and 14-year-old Michael Marshall got to work.

How 26 Children Escaped From Their Underground Prison

Inside the prison bunker, Ray and Marshall worked quickly to find a way out. The fans had stopped working, and the roof of the moving truck was beginning to cave in. Determined to save all of the children, the bus driver and the oldest student acted quickly.

Hyde was just nine years old at the time of the kidnapping, but she still recalls the panic that set in at that moment. “If we’re going to die, we’re going to die trying to get out of here,” she remembered Ray and Marshall saying.

After discovering that they could reach the top of the truck if they stacked the mattresses, Ray and Marshall worked for hours trying to wedge a piece of wood into the opening in the roof. They were eventually able to slide the metal cover and the batteries out of the way — but then Marshall saw there was a wooden box placed atop the exit as well. He decided to dig beneath it.

Park remembered Marshall’s determination at that moment. “He dug until he was exhausted, and then he kept on digging. There was no quit in him.”

Finally, 16 hours after the children had been buried alive, a ray of light streamed through the dirt and into the dark truck. Ed Ray and Michael Marshall had saved them all.

Marshall cautiously stuck his head out of the dirt to make sure their abductors weren’t nearby, then he and Ray helped the other 25 children out of the truck. They all walked to the security shack at the quarry and told employees what had happened. The guards were shocked to see the group and immediately called for the police.

Although the children and Ray were safe, the perpetrators were still out there.

The Capture And Confession Of The Three Chowchilla Kidnappers

Police soon realized that only someone with unlimited access to the quarry would have been able to bury the truck and bring in 27 prisoners in the middle of the night without being seen. They focused their investigation into the Chowchilla kidnapping on Frederick Newhall Woods IV — the quarry owner’s son. 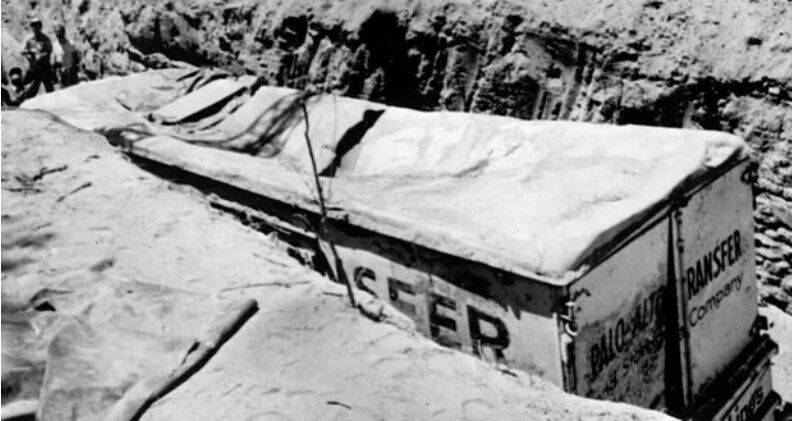 Public DomainEd Ray and the children escaped from the buried moving truck after 16 hours.

While executing a search warrant at the Woods estate, investigators found a gun used in the abduction, a draft of a ransom note, and even a document titled “plan.” But Woods and his two suspected accomplices, brothers James and Richard Schoenfeld, were nowhere to be found.

Within two weeks, though, all three men had been captured. Richard Schoenfeld turned himself in to authorities eight days after the kidnapping; his brother was captured in Menlo Park, California, not far from the quarry; and Frederick Newhall Woods was arrested in Vancouver, Canada, after fleeing the country.

The story soon began to unfold. According to the Associated Press, the men had kidnapped the children because they were deeply in debt and planned to ask for a hefty ransom.

“We needed multiple victims to get multiple millions, and we picked children because they are precious,” James Schoenfeld said at a 2015 parole hearing. “The state would be willing to pay ransom for them. And they don’t fight back. They’re vulnerable. They will mind.”

The men had planned the Chowchilla kidnapping for over a year, tracing the bus route, converting the prison vans, creating the underground bunker, and even building a lead box to put the ransom money in, just in case police placed tracking devices in the cash.

But though the first part of their plan went off without a hitch, everything went awry when they tried to phone in the ransom. The telephone lines to the police station were overloaded with calls from frantic parents demanding answers about their missing children. Woods and the Schoenfeld brothers decided to take a nap and try again later.

But when they woke up and turned on the news, they saw that the children had already escaped.

The Aftermath Of The 1976 Chowchilla Kidnapping

At trial, all three men pleaded guilty to kidnapping for ransom and robbery, and they were sentenced to life in prison with the possibility of parole. 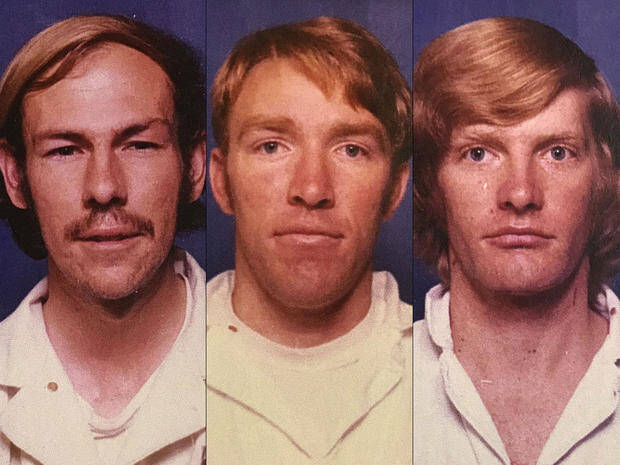 He was denied parole numerous times for his minimization of the crime, his behavior in prison, and his possession of contraband like pornography and cell phones. It was discovered he was running a gold mining business and a car dealership from behind bars without telling the prison.

The authorities only discovered the businesses when a worker’s compensation lawsuit was filed against him. Woods had also inherited a trust fund reportedly worth $100 million, as he came from two very wealthy families, and he bought a mansion a short distance away from the prison.

According to KIRO7, in March 2022, Frederick Newhall Woods received two recommendations for parole, but his release will require the approval of the entire parole board and its legal team and must be approved by the governor.

While Woods has lived a relatively cushy life in prison, his victims continue to suffer from the trauma he inflicted upon them more than 40 years ago. Jodi Heffington-Medrano, who was 10 at the time of the kidnapping, told the Associated Press, “They basically stole our whole youth. Our childhood was completely turned upside down.”

Many of the children went on to suffer from depression and substance abuse. They had panic attacks and nightmares about kidnapping and death. One boy shot a lost tourist with a BB gun when their car broke down in front of his house. Psychiatrist Lenore Terr told CBS News, “There are a number of these kids who have gone to prison for doing something controlling to somebody else.”

As Heffington-Medrano explained, “The emotional scars that they put on all of us, they’re countless.”

Now that you’ve read about the Chowchilla kidnapping, go inside the bizarre and terribly executed kidnapping of Frank Sinatra Jr. Then, learn about the tragic abduction of the Lindbergh baby.