From Nazi-Hunting To Covert Missions: Inside The Military Career Of Actor Christopher Lee

The celebrated British actor claimed to have served in a number of secret organizations during World War II, but some have accused him of exaggerating his role.

By the time Christopher Lee died at the age of 93 in 2015, he’d left his mark on the world. As an actor, Lee made more than 275 movies and brought classic villains like Dracula to life. But Christopher Lee’s military career seems even more impressive than his filmography.

As Lee tells it, he volunteered with the Finnish army as a teenager, served in the Royal Air Force (RAF) as an intelligence officer, and joined elite units like the Long Range Desert Group (LRDG) and the Special Air Service (SAS). The actor wrote about some of his exploits in his autobiography, though he often demurred to discuss them at length.

However, some historians have pointed to major holes in Lee’s stories. One has even said that if Lee didn’t exactly “lie” he did “lead us on.” So what’s the truth about Christopher Lee’s military career?

Born in 1922 in London, Christopher Lee was just 17 when Britain entered World War II. Eager to do his part, he gathered a group of “schoolboys” and went to volunteer in the Finnish Army. 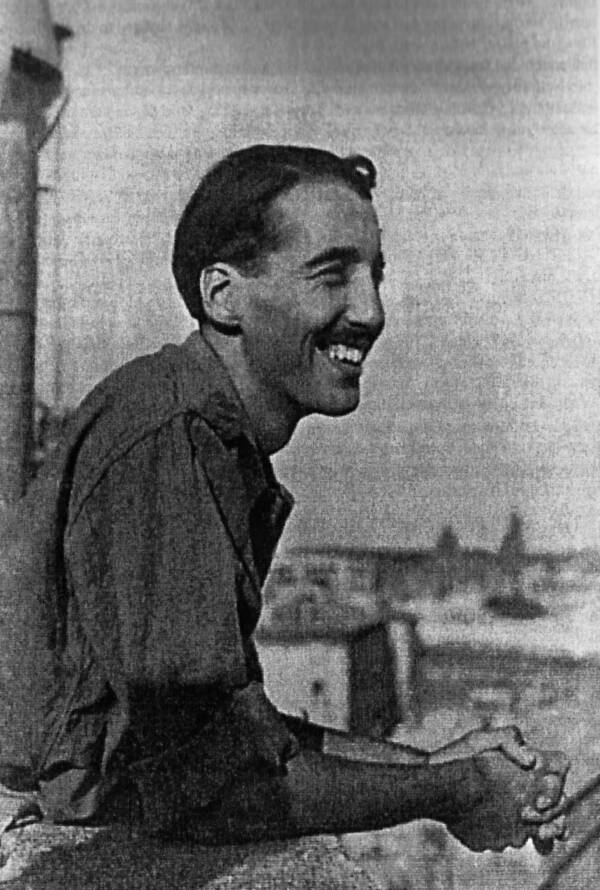 Wikimedia CommonsChristopher Lee in Vatican City, after the liberation of Rome. 1944.

“We went there with a group of friends and said we wanted to help,” Lee later explained. “We could shoot pretty well, but couldn’t ski. We were thanked for our help, but didn’t, of course, get anywhere close to the border.”

Eager to see more action, Lee returned home and enlisted in the RAF. Because damage to his optic nerve made him ineligible to fly, Lee served as a RAF intelligence officer and rose to the rank of flight lieutenant. In this role, he briefed and debriefed pilots and liaised with other units.

But that’s where his story gets hazy. Lee claims that, as an RAF officer, he was “attached” to a number of elite World War II units. These included SAS, LRDG, and the Special Operations Executive (SOE), which sent hundreds of undercover agents in Axis-held territories.

Allegedly, Lee — as a part of the Central Registry of War Crimes and Security Suspects (CROWCASS) — even saw the horrors of concentration camps and helped track down Nazis.

However, the actor rarely told stories about his wartime experience in depth. “I was attached to the SAS from time to time but we are forbidden – former, present, or future – to discuss any specific operations,” he claimed in 2011.

“Let’s just say I was in Special Forces and leave it at that. People can read into that what they like.”

When the war ended, Christopher Lee was just 23 years old and had seen enough “horror to last a lifetime.” He went on to make an impressive career for himself as an actor, using his height and intense gaze to great effect.

But how much of Christopher Lee’s military service actually happened?

The Truth About His Military Career

After his death in 2015, a historian named Gavin Mortimer came forward with some doubts about Christopher Lee’s military career. In an article in The Spectator, Mortimer wrote that “Lee didn’t exactly lie, but he did lead us on, encouraging us to believe it had involved more derring-do than it actually did.” 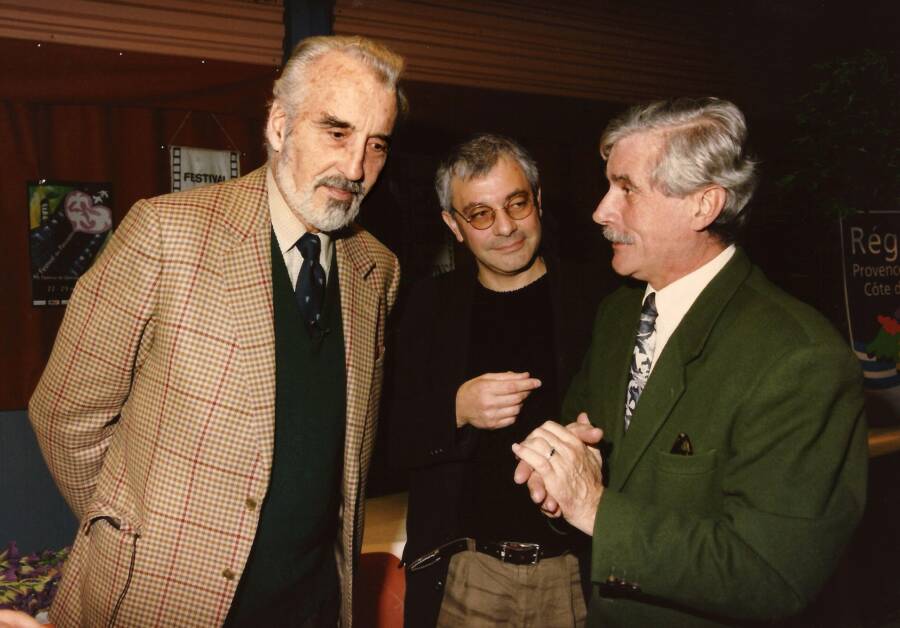 Wikimedia CommonsChristopher Lee at a film festival in 1996.

The historian, who has written an extensive history on the role of SAS in World War II, insisted that Lee’s military career was a “fine one.” RAF officers like Lee, Mortimer said, played an important role during the war.

Furthermore, Mortimer claims that Lee was perfectly free to discuss the details of his service, despite his reluctance to do so. He even noted that one SAS officer published a full account of his activities as early as 1948.

Of Lee’s Nazi-hunting, Walters wrote, “Unfortunately, this cannot be true, as the members of CROWCASS were based behind desks … they were most emphatically not scouring the remnants of the Third Reich and concentration camps for Nazis.”

In the end, we may never know the truth about Christopher Lee’s military career. But sometimes, what happens in war remains undefinable and untraceable. Could Christopher Lee have done all that he claimed? Maybe, but the actor took everything he knew about his wartime service to the grave.

After reading about Christopher Lee’s military career, discover the truth about Mr. Rogers’ time in the military. Or, look through this inspiring list of war heroes.