The gold and amethyst ring likely belonged to someone of great wealth and may have been a family heirloom. 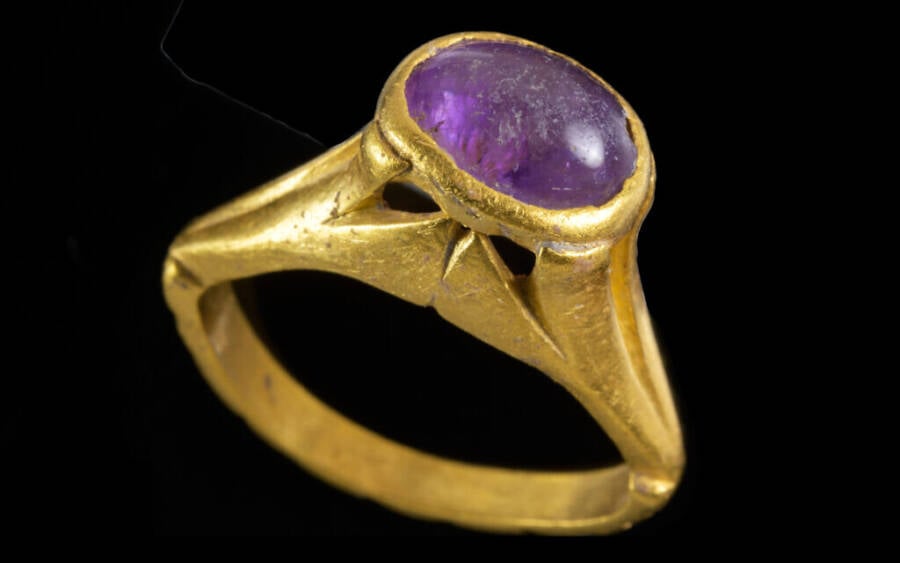 Just a few weeks ago, archeologists in Israel began to explore the sweeping ruins of an ancient wine factory in Yavne. Now, near a warehouse once used to store empty jars, they’ve found a striking amethyst ring. Experts say that the jewel may have been used to ward off hangovers.

“Amethysts are mentioned in the Bible as one of the 12 precious stones worn by the high priest of the Temple on his ceremonial breastplate,” explained Amir Golani, an Israel Antiquities Authority (IAA) expert on ancient jewelry.

“Many virtues have been attached to this gem, including the prevention of the side effect of drinking, the hangover.”

The “spectacular” ring itself, a striking purple jewel set on a gold band, was discovered in a landfill which dates back to the 7th century. However, the ring might be much older. It’s difficult to date jewelry and archeologists suspect that the ring may have been a family heirloom.

“It is possible that the ring, due to its beauty and prestige, was transmitted from generation to generation over the centuries,” IAA said in a statement. The ring found in Israel could date back as far as the third century, an era when wealthy Romans were known to favor gold rings inlaid with amethysts. 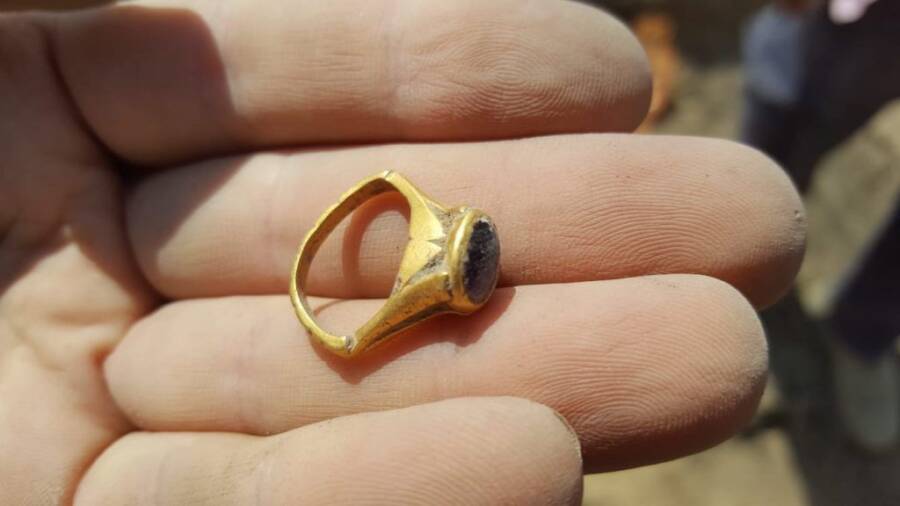 Eliahu Valdaman/Israel Antiquities AuthorityThe ring could have been a family heirloom shared across centuries.

So who did this “spectacular” ring belong to? Certainly, notes the IAA, someone who possessed great wealth.

“The person who owned the ring was affluent, and the wearing of the jewel indicated their status and wealth,” said Golani. “Such rings could be worn by both men and women.”

Still, the identity of the ring’s owner, why they wore the ring, and how they lost the ring, are all mysteries obscured by time.

“Did the person who wore the ring want to avoid intoxication due to drinking a lot of wine? We probably will never know,” said Dr. Elie Haddad, the IAA director of the wine factory excavation, alongside Liat Nadav-Ziv and Dr. Jon Seligman.

“It is possible that the splendid ring belonged to the owner of the magnificent warehouse [where it was found], to a foreman, or simply to an unlucky visitor, who dropped and lost their precious ring until it was finally discovered by us,” Haddad added.

IAA first came across the Yavne wine factory while preparing for a construction project. Sprawling 75,000 square feet, the ancient factory contains five wine presses and numerous warehouses. About 1,500 years ago, archeologists believe, the Yavne factory was the largest wine press in the world. 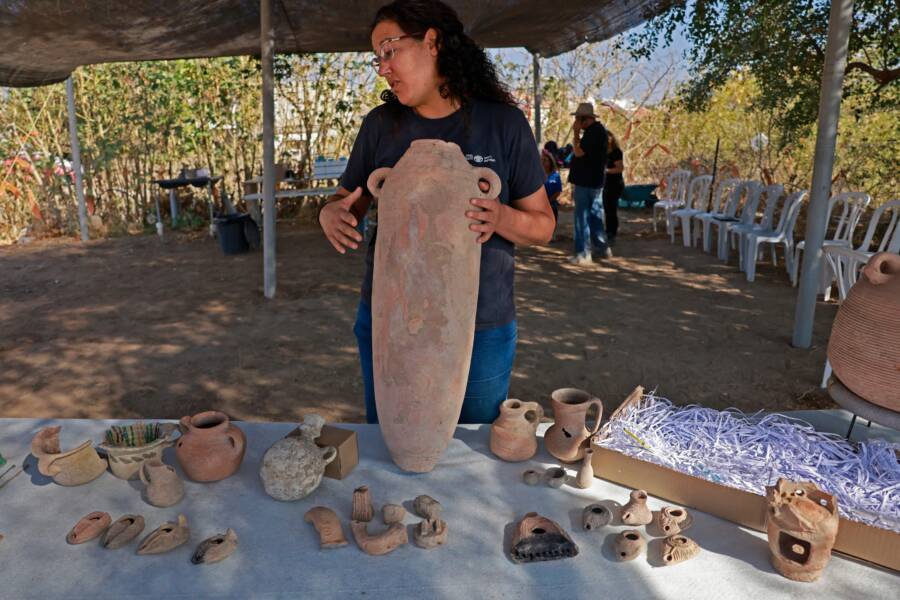 The wine “was taken to many, many countries around the Mediterranean,” explained Seligman. “We’re talking Egypt, we’re talking Turkey, Greece, maybe to southern Italy as well.”

The factory produced “Gaza And Ashkelon” wine. It was allegedly a “prestige … white wine” which people of the era found “agreeable to the taste.”

In addition to the ring, archeologists have found ancient wine jars, lanterns, and even children’s toys at the site of the ancient factory. But the amethyst ring, given its purported anti-hangover properties, is an especially fascinating object to find at a place that produced alcohol.

The very word “amethyst” comes from the Greek word “amethystos,” which means “not intoxicating.” Ancient Greeks, in hopes of warding off future hangovers, often wore amethysts while drinking alcohol. Sometimes they went even further and incorporated amethysts straight into their drinking glasses.

In any case, the amethyst ring represents a small but significant piece of the region’s history. Once, it flashed from someone’s finger. Maybe they raised a glass of wine (or two) and believed in the ring’s restorative powers.

“The small, everyday finds that are discovered in our excavations tell us human stories and connect us directly to the past,” enthused Eli Eskozido, the IAA director.

“It is exciting to imagine that the man or woman to whom the ring belonged, walking right here, in a different reality to what we know in today’s city of Yavne.”

After reading about the hangover prevention ring found in Israel, learn about the history of hangover remedies. Or, discover the fascinating history of piercings.