After studying the genetic makeup of two condor chicks, scientists realized that they'd been born without male contributions in a process called parthenogenesis. 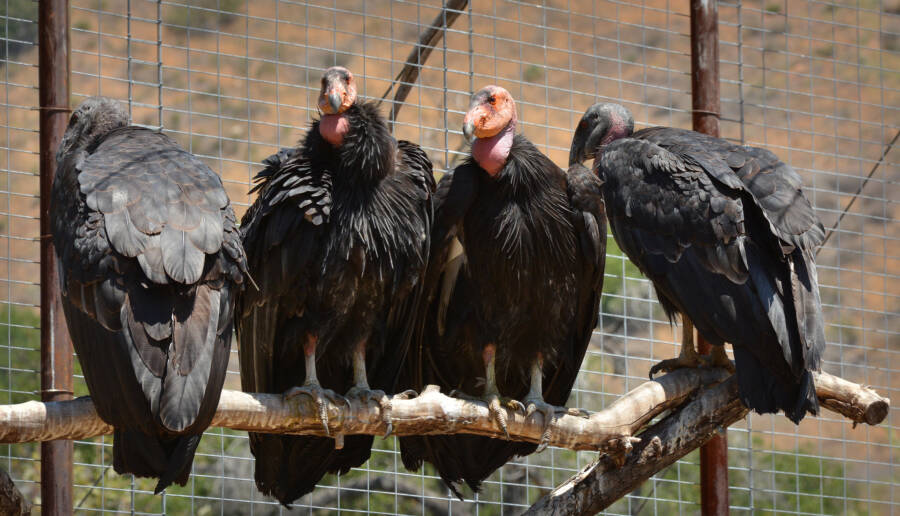 The California condor can fly up to 15,000 feet. They can glide long distances without having to flap their wings. And, now, scientists say that they can produce asexually.

The discovery, said Oliver Ryder, the co-author of a recent study on the condors’ reproduction and the director of conservation genetics at the San Diego Zoo Wildlife Alliance, was “a bucket of water in the face.”

“It was a huge surprise,” Ryder said. “I mean, it’s not what we were looking for.”

Ryder and his team made the discovery while working on a years-long project to create a genetic database for California condors. The birds, which were pushed to the edge of extinction in the 1980s — then, just 22 existed in the wild — have long since been raised in captivity.

In order to identify their sex and to make sure that they didn’t mate with close relatives, Ryder started tracking their genetic codes. By doing so, he came across an anomaly — two male chicks born in 2001 and 2009 whose DNA did not match any of the captive male condors.

“We established there was no male that could be the father to these chicks,” Ryder explained. “The chicks were also genetically uniform in a way that they only had genes from their mother.”

He realized that the chicks had been born through a process called parthenogenesis, which is often referred to as a “virgin birth.” That, Ryan notes, however, is a misnomer.

Aside from the fact that birds don’t give birth — they lay eggs that hatch — the mothers of the chicks were not “virgins.” They had reproduced with males before.

“They have lots of, I guess you could say, sexual experience,” Ryder noted. The discovery that the condors could produce through parthenogenesis, he added, gave him “goosebumps.”

So-called “virgin births” are incredibly rare among animals — and especially among birds. Though fish and lizards are known to produce asexually, only a few species of birds have been recorded as doing so. They include turkeys, finches, and domestic pigeons.

Previously, scientists believed that female animals only turned to parthenogenesis as a last resort — if they lacked male mates, for instance. But the condors had plenty of male options.

“I don’t know whether they chose to not [reproduce sexually] this time,” Ryder admitted. “But we have the facts that they were capable of reproducing sexually … and then for reasons that we can only speculate about, they didn’t. And then one of them at least started again.”

He added that scientists are now aware of the condors’ ability only because the birds are so carefully monitored.

“Parthenogenesis is considered to be a rare phenomenon in birds,” Ryder explained. “We discovered it in California condors because we have such a detailed genealogical analysis of the entire population.”

Thus, the fact that the condors can produce through parthenogenesis raises the intriguing question of whether or not it’s more widespread than scientists realize.

However, parthenogenesis is also considered a last-ditch effort for a reason. Offspring born this way usually die before fully developing. The two condor chicks died too, although they lived for a number of years. One died at the age of two after having difficulty integrating with wild birds; the other died at the age of eight following a foot injury. Healthy condors can live up to 60 years. 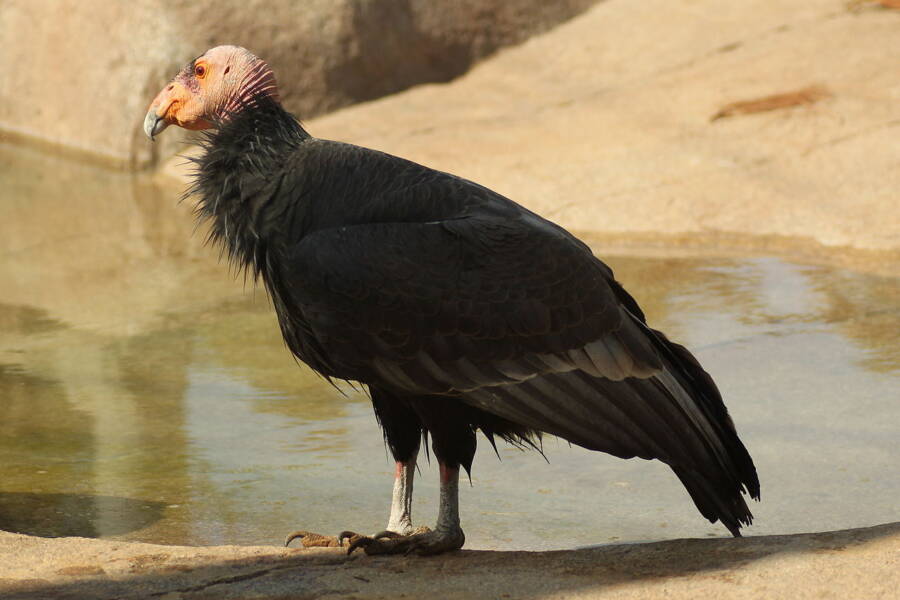 Snowmanradio/Wikimedia CommonsA condor at the San Diego Zoo. Pushed to the brink of extinction, they’re largely raised in captivity today.

Condors have been swooping through the skies since the late Pleistocene era. They survived where prehistoric beasts like saber-toothed cats didn’t — but just barely. Because condors often feed on carcasses, they’re frequently poisoned by lead bullets left in animals shot by hunters.

Fortunately, intensive conservation efforts have succeeded in slowly lifting the condors’ numbers. Today, about 500 birds exist. And Ryder is hopeful that their long history can help inform how the birds reproduce.

California condor specimens from the 19th and 20th centuries are plentiful and may offer some answers about how these birds have perpetuated their species, through parthenogenesis or otherwise.

Calling the discovery of parthenogenesis among California condors “wondrous and amazing” Ryder noted that the natural world is still full of plenty of mysteries.

“We think we understand something, and then you make a finding like this,” Ryder said, “and the world looks different after that.”

After reading about the discovery that condors can produce asexually, learn about the baby smoothhound shark that was also the product of a “virgin birth.” Or, look through this sad list of extinct animals.