The Auschwitz tattoo kit is one of only three others like it in the world and was expected to sell for up to $40,000 at auction in Israel. 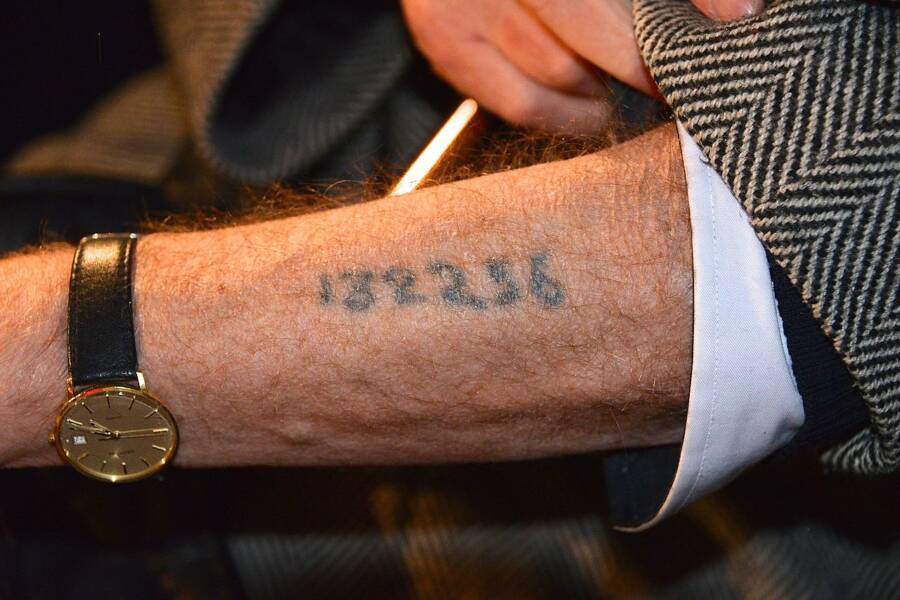 An Israeli court in Tel Aviv has halted the sale of a Nazi tattoo kit that its auctioneer says was used to brand prisoners at Auschwitz during World War II. The court was responding to an injunction filed by Israel’s Center Organizations of Holocaust Survivors, which is dedicated to preserving the memory of victims of Nazi Germany’s death camps.

According to Deutsche Welle, the partial kit consisted of eight numerical stamps made of steel. Each is about the size of a keyboard key and is lined with pins that form a unique digit, which were filled with ink and stamped into inmates’ arms.

The items were put up for sale by Meir Tzolman of Jerusalem-based Tzolman’s Auctions. The grandson of a Holocaust survivor himself, he said prospective buyers had already expressed interest in purchasing it to donate to a museum. He also said he would take a 25 percent commission on the sale.

“If they would be authentic, then the very fact that such unique historical items are put up for auction — and not give to an institution that commemorators the victims and educates about the tragedy of Auschwitz — deserves the words of protests and condemnation,” said Auschwitz Memorial press officer Pawel Sawicki.

Tzolman’s website listed the Auschwitz tattoo kit as “the most shocking of Holocaust items.” Its projected value was estimated between $30,000 and $40,000. It had reached bids of up to $3,400 by Wednesday when the Tel Aviv District Court granted the survivors’ group request to temporarily halt the sale.

Israel has no laws barring the sale of Holocaust memorabilia, and a spokesman for the court did not explain the legal foundation for their injunction. While Enigma machines used by the Nazis to communicate in code and signed photos of Adolf Hitler have been auctioned in the past, this tattoo kit spurred visceral outrage.

“Such an evil item can’t have an owner…[it] is not private property, rather a horrific monument belonging to the entire public, and serving as evidence to the crimes of the Nazis and their aides,” said David Fohrer, an attorney for the Center Organizations of Holocaust Survivors.

Indeed, should the items in Tzolman’s possession be as authentic as he claims, they were used to horrible effect with macabre precision in the dehumanization of hundreds of thousands of prisoners.

According to the Auschwitz-Birkenau Memorial and Museum, the camp was established by Nazi Germany in 1940. The Nazis had filled local prisons with the “unwanted” to capacity by that point and built the camp in the former suburbs of the city of Oswiecim, which the Third Reich had annexed and renamed Auschwitz. 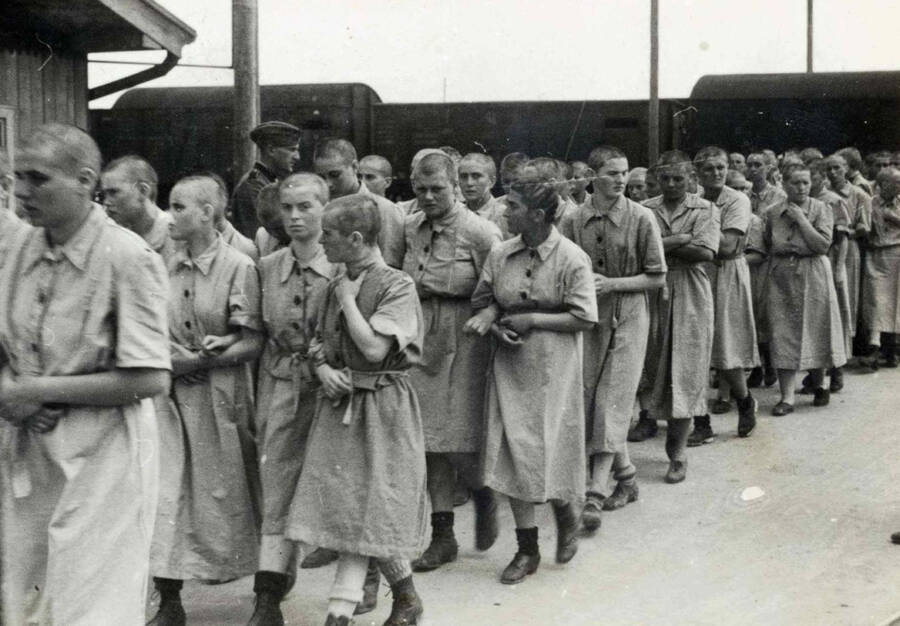 Wikimedia CommonsA group of female prisoners at Auschwitz-Birkenau in 1944.

The first victims to arrive were transported from Tarnów prison on June 14. It became the largest of all extermination centers built for Nazi Germany’s genocide of all European Jews within two years. Up to 1.1 million prisoners died at the camp, and it was during this clinical process of extermination that the Nazis tattooed about 400,000 inmates.

“These are objects that were used for especially cruel crimes to turn people from humans into numbers,” said Colette Avital, the head of the survivor’s organization.

Yad Vashem, the World Holocaust Remembrance Center in Jerusalem, stated that items such as this should be in their possession rather than in the hands of a private collector. They argue that no one should profit from such macabre artifacts exchanging hands.

“The trade of these items is morally unacceptable and only encourages the proliferation of counterfeits,” said Yad Vasham chairman Dani Dayan.

Only three such tattoo branding kits from Auschwitz exist today, including the one Tzolman put up for auction. He said he had only good intentions regarding his auction and that he hoped to see these Holocaust items fall into “the right hands” as a result.

“The seller is determined to sell any way necessary,” Tzolman said. “We received calls from tens of people who want to bid on this item and donate it. Each one noted a name of a different museum related to the Holocaust.”

As it stands, the Tel Aviv District Court will review its temporary injunction in less than two weeks. Whether it will provide a legal basis for halting the sale and rule that the injunction should remain will be revealed on November 16.

After reading about the halted auction of a partial Auschwitz tattoo kit, learn about the Ovitz dwarfs of Auschwitz. Then, read about how Auschwitz-born Stanislawa Leszczyńska delivered 3,000 babies during the Holocaust.