The history of piercing goes back at least as far as the oldest human mummy, and has taken many odd but often beautiful turns along the way. 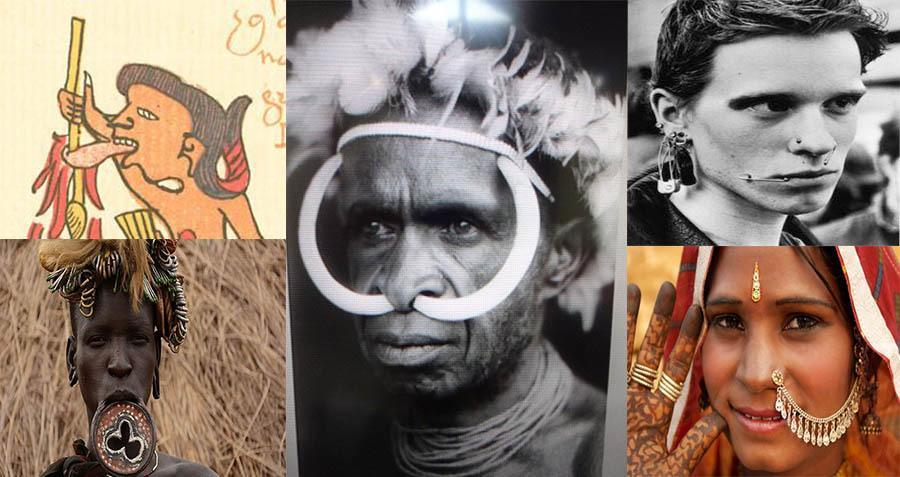 Body piercing has existed across time and culture.

Chances are, even if you don’t have a single piercing on your body, you know someone who does. It’s a common beauty technique and even a form of self expression, but where did it come from? Who first decided to start poking holes in their bodies, and why did they do it?

Let’s begin 5,300 years ago, with the oldest mummified person found to date, and see what he and his descendants can tell us… 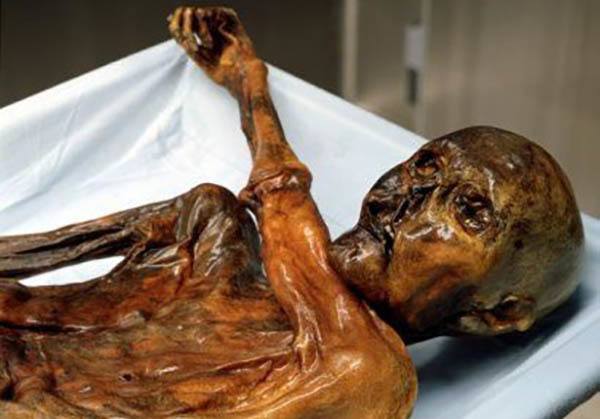 Ötzi – the 5,300-year-old mummy – was found to have had his ears pierced. Image Source: Wikipedia

When the body of Ötzi — the oldest mummy ever found – was discovered by two tourists in 1991 on the border between Austria and Italy, he was found to have pierced ears, the holes gauged 7-11mm in diameter. It is believed that Ötzi lived around 3,300 BC, so it’s clear that ear piercing has been a relatively constant and important part of our culture almost since the dawn of humanity.

Traveling forward nearly 2,000 years to the age of King Tut, the trend was still going strong, with the boy king (whose reign lasted from 1332-1323BC) also displaying evidence of wearing earrings, alongside many other Ancient Egyptians.

Heading another 1,300 years into the future (and a little further west), earrings continued to reign as a (largely male) style accessory in Ancient Rome, with Julius Caesar himself bringing them into fashion during his reign from 49-44BC. And during the Elizabethan era of late 16th century Britain, any man of nobility had at least one ear piercing to show off his wealth.

It wasn’t just the rich and the powerful who pierced their ears, either, and it wasn’t always purely decorative: Sailors from many different eras would often pierce their ears, knowing that if they were to die at sea, the earring recovered from their body could pay for a funeral. 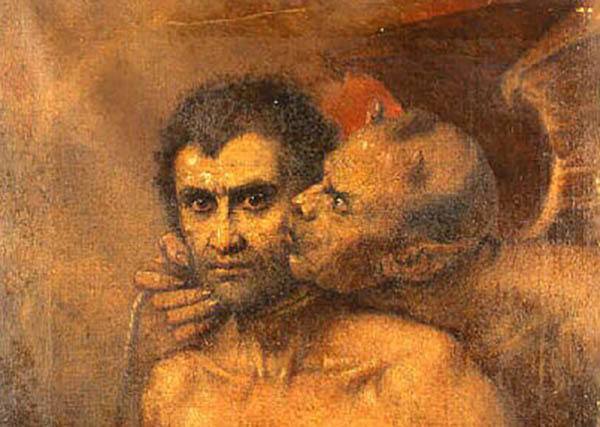 Conventional wisdom for some time said that demons would enter the body through the ear, and metal warded against them. Image Source: WordPress

Despite the way earrings would be flaunted across the centuries, the practice began in primitive tribes for superstitious reasons. People believed that demons could enter the body through the ears, but that they were repelled by metal: Thus, earrings were a protection against possession.