The Most Extreme Female Body Modification Practices From Around The World

From teeth chiseling to neck stretching, the world's most extreme female body modification practices are even worse than they sound. 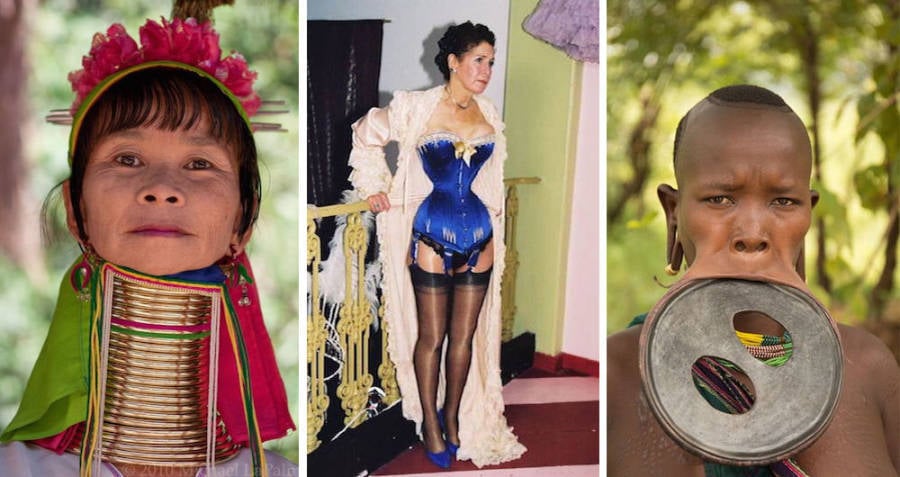 In recent years, plastic surgery has become one of the most common and generally accepted forms of female body modification. According to a current report by the American Society of Plastic Surgeons, breast augmentation continues to be the most popular surgical procedure in America, and has been since 2006.

Today, women are constantly pressured to fit the mold of magazine cover perfection. But that pressure, and the body modification procedures that arise to meet it, are not new. Across the centuries and around the globe, woman have been modifying their bodies–or having their bodies modified for them.

Some modifications exist to enhance feminine beauty. Others exist to diminish it. From the painful foot binding procedures of Imperial China to the horrific breast ironing of Cameroon, these six procedures show that the scope of female body modification extends far beyond botox… 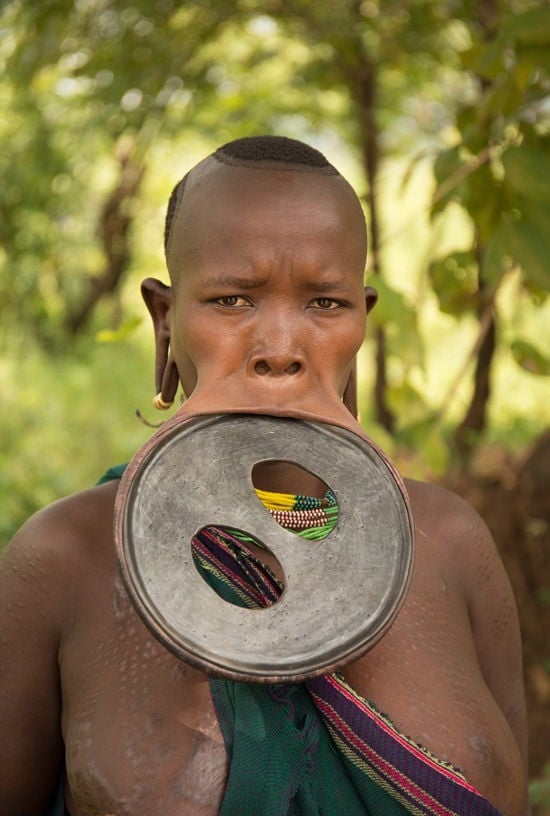 One of the oldest female body modification procedures, lip stretching/plating has existed since 8700 BC. In the Mursi tribe of southwestern Ethiopia, a young woman has her lip pierced by a woman of kin in preparation for marriage. For six to 12 months, the women—sometimes as young as 13—undergo a series of lip stretching procedures, as bigger and heavier clay plates replace smaller plates over time.

The women craft their own plate, decorating it however they wish. When the lip is fully stretched, it is not required that women wear the plate all the time. However, married women are expected to wear the plates when serving their husbands food and during ritual events. 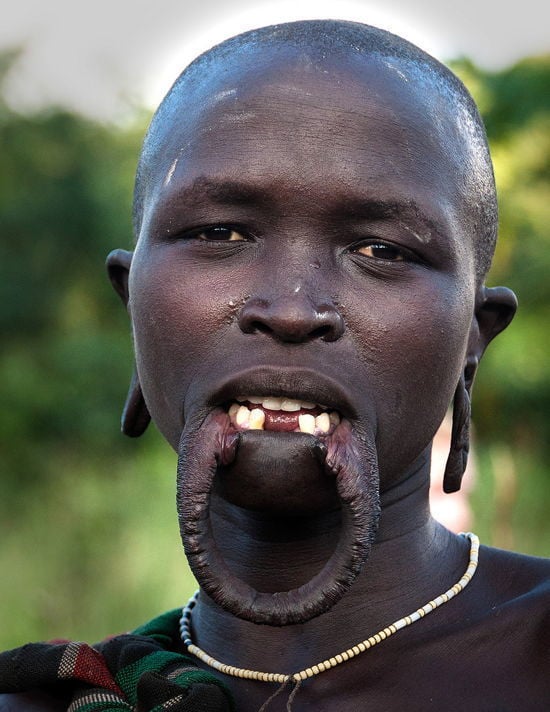 Final plates measure anywhere from three to eight inches, and most women have to remove some of their lower front teeth to accommodate the final stretching. During adolescence, the size of the plate signifies a woman’s sexual maturity.

When married, the plate represents the woman’s ties to her tribe and to her husband. If a husband dies, the plate is thrown away. Although many women in the tribe consider the practice essential to finding a husband, younger girls are abandoning the tradition as the procedure leaves the lower lip permanently disfigured. 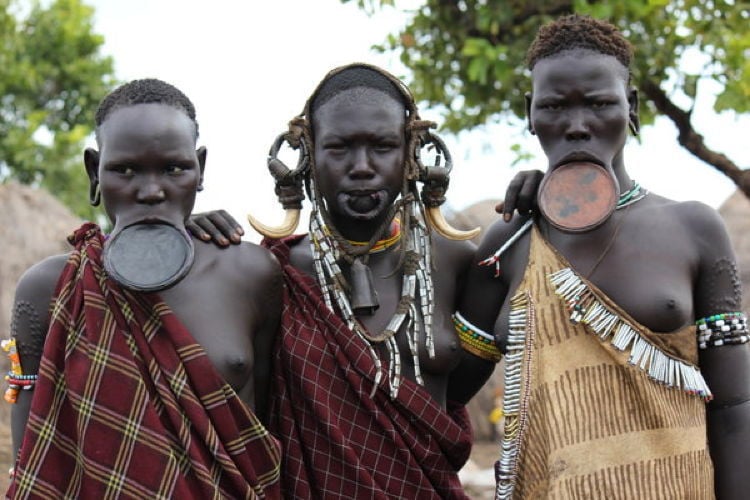