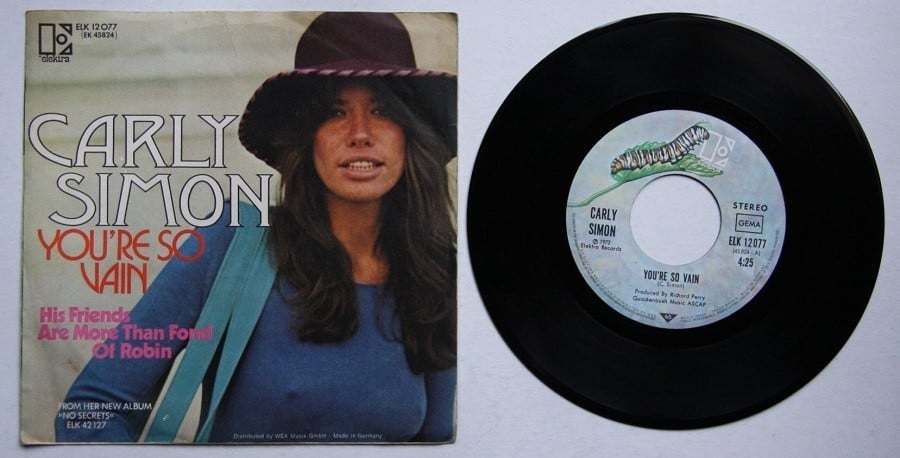 For more than 40 years, people have been debating who Carly Simon’s “You’re So Vain” is about. Actors, rock stars, and others have all been offered up as candidates, yet Simon insisted she would never tell. Her coyness of course fanned the flames, with NBC bigwig Dick Ebersol even paying $50,000 at a charity auction in order to learn Simon’s secret in 2003.

But now we all know. Simon just revealed to People that the second verse is, as many have speculated, about actor Warren Beatty.

Here are the Beatty-inspired lyrics:

“You had me several years ago
When I was still quite naive
Well, you said that we made such a pretty pair
And that you would never leave
But you gave away the things you loved
And one of them was me
I had some dreams, they were clouds in my coffee.”

Simon indeed claims, as the song’s chorus goes, that Beatty thinks the whole song is about him. However, she maintains that the song has two other subjects–and she isn’t ready to give up either of those names.

“I don’t think so … at least until they know it’s about them,” Simon said.

Now that the world knows exactly who is getting dissed in one of the most infamous diss songs of all time, let’s survey some of history’s most hotly debated pop song mysteries that have in fact been solved:

Don’t let the upbeat, hair metal style of this song hide the true meaning behind the lyrics. Bon Jovi wrote this classic song about his break up with actress Diane Lane in the 1980s after he caught her messing around with his guitarist, Richie Sambora.

According to the book Sex, Drugs and Bon Jovi, written by the band’s former tour manager, Rich Bozzett, Lane was “young and wild and loved to party,” and this was the reason Bon Jovi was so passionate about her. It was also probably the reason she ended up with his guitarist, too.