Audio Of The Day: Hear The Famous Voice That Made The First Phone Call Ever, 130 Years Ago

Listen to this rare, 130-year-old recording of the famous voice that made the first phone call ever, recently restored by the Smithsonian. 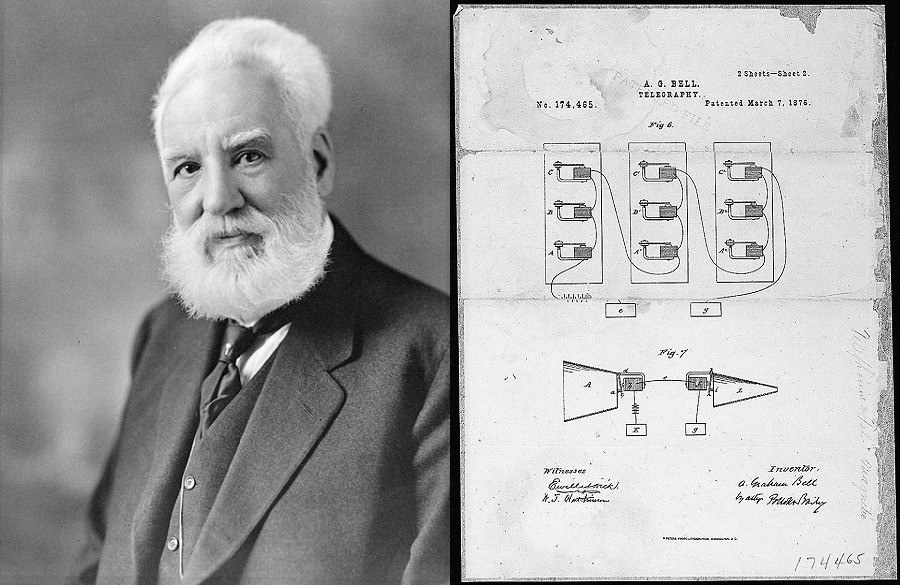 On March 8, 1876, those immortal words traveled via telephone line from the mouth of Alexander Graham Bell to the ears of his assistant, Thomas Watson. Those words, constituting the first phone call ever made, changed the course of history, made vast distances moot, and turned the world into a much, much smaller place.

Or so the story goes.

The true story of the origin of the telephone and Bell’s U.S. Patent 174,465 (merely titled “Improvements In Telegraphy”) is actually a bit more complicated. Complicated enough, in fact, that the actual credit for the telephone doesn’t even really belong to Bell or Watson, but to a few other inventors altogether.

But no matter who truly deserves the credit, in the mind of the public, Bell won the race and so it is his words that have lived on forever in the history books.

And until recently, Bell’s famous voice also belonged solely to the history books. But, in 2013, thanks to the discovery and salvaging of a 130-year-old disc found amongst audio recordings at the Smithsonian, we can now actually hear Bell’s voice.

The disc didn’t contain the immortal words of the “first phone call,” mind you (that recording doesn’t exist). Instead, the disc included a recording of Bell saying “In witness whereof — hear my voice, Alexander Graham Bell,” as a sound test at the Volta Laboratory in Washington, D.C. in 1885.

Whether Bell actually invented the telephone or not, it’s still amazing to hear 130-year-old audio of the famous voice that — possibly — made history’s first phone call:

After learning about the invention of the telephone and the first phone call, read about five other famous inventors who shouldn’t actually be getting credit for their most famous inventions.