The Truth About Those Rumors Of Mr. Rogers’ Badass Military Career

Records show that Mr. Rogers registered for the draft in 1948, but was he ever a Navy SEAL or a military sniper? 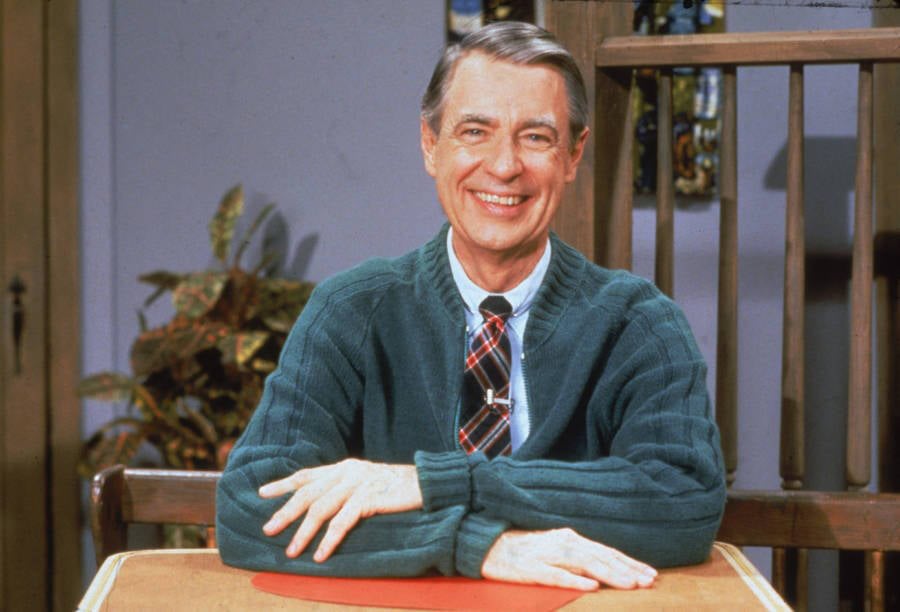 A pinnacle of self-discipline, Mr. Rogers never smoked or drank. He ate a vegetarian diet for ethical reasons. “I don’t want to eat anything that has a mother,” he often said.

We know he valued honesty and trust. “It’s not the honors and the prizes and the fancy outsides of life which ultimately nourish our souls. It’s the knowing that we can be trusted, that we never have to fear the truth, that the bedrock of our lives, from which we make our choices, is very good stuff,” he told Dartmouth graduates in 2002.

As far as war is concerned, Mr. Rogers likened it to a form of child abuse. Sending a mother or father of a young child off to war would be traumatic for that child, destroying the “essential bond” with their parents that’s so important for their emotional development.

“To raise a generation which is not abused (by war or any other means) should be our goal,” he wrote to a friend. “As you can see so clearly the abused grow up to be the abusers — sometimes on a worldwide scale.” 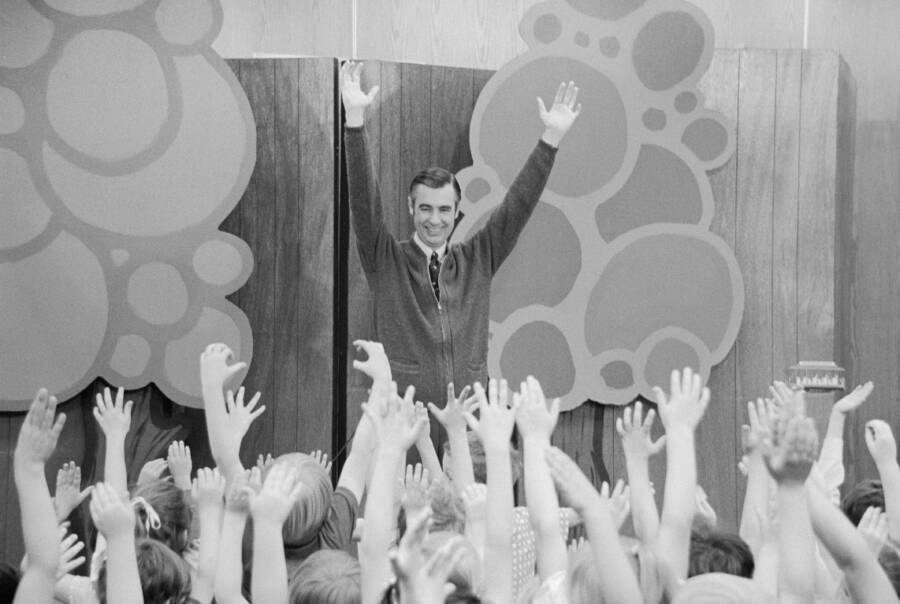 When a public figure is as squeaky-clean as Mr. Rogers, it leaves a void in which scandalous rumors can flourish. And that’s exactly what’s happened.

Indeed, according to urban legend, Mr. Rogers — the man who wore colorful sweaters hand-knitted by his mother for more than 900 episodes of his children’s show on public-access television — was a Navy SEAL with many confirmed kills.

It seems just crazy enough to be true. But is it?

Before we get into the man’s mythology, here are the true, verified facts of Mr. Rogers’ life.

Fred Rogers was born in the small town of Latrobe, Pennsylvania on March 20, 1928. As a child, he was sickly — “I had every imaginable childhood disease, even scarlet fever,” he said. Those periods of isolation helped foster his young imagination; he created puppets for company. 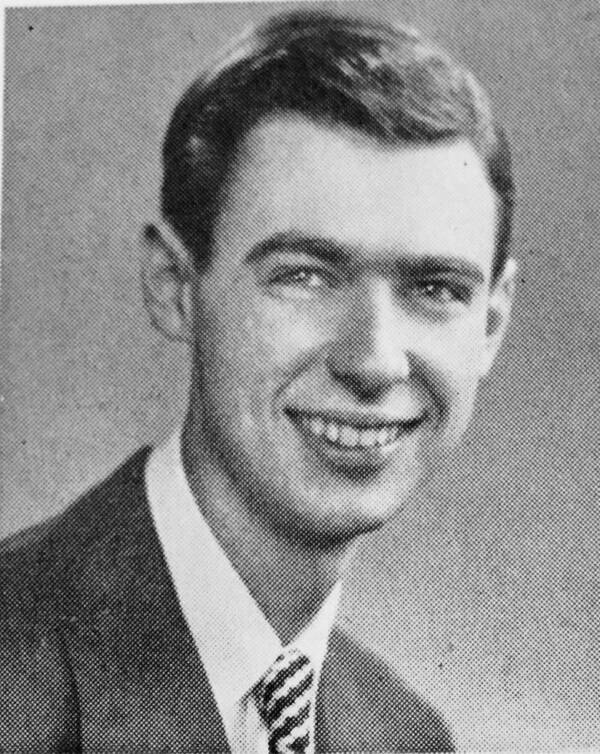 With this hobby, as well as his degree in music composition from Florida’s Rollins College, Rogers was destined to entertain. Television skyrocketed in popularity just as he was coming of age (I Love Lucy premiered in 1951, the same year he graduated from college), and he found his calling in transforming the medium into something educational and worthwhile.

He started at NBC in New York City, and then moved back to Pennsylvania, then to Canada, and finally to Pittsburgh with the rights to his very own children’s show that would become the famed Mister Rogers’ Neighborhood.

Here, Mr. Rogers realized his dream of educating children and caring for their mental health. Along the way, he attended seminary school part-time and became an ordained Presbyterian minister. Mister Rogers’ Neighborhood stayed on the air for 31 seasons, and Rogers advocated for children and their well-being — both onscreen and in testimonies to Congress — until his death from stomach cancer in 2003.

YouTubePictured with young girl in the 1960s.

Was Mr. Rogers In The Military?

According to urban legend, before Mr. Rogers was a TV host, he was as a sniper (or perhaps a Navy SEAL) during the Vietnam War, with a large number of confirmed kills. Also according to legend, he also has a tattoo for every confirmed kill — which is why he always wore long sleeves.

These tumors swirled even before internet memes or conspiracy-theory YouTube channels. There were whispers on buses between children and in lines at supermarkets.

Rogers indeed registered for the draft in Greensburg, Pennsylvania on Sept. 13, 1948, when he was 20 years old. For years, he was classified as “1A,” meaning he was available for military service. 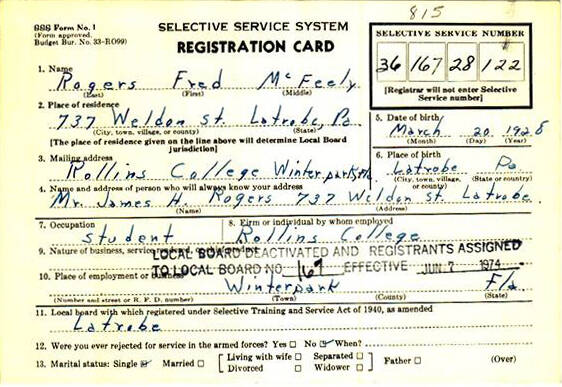 But on Oct. 12, 1950, in his final year of college, Rogers reported to the Armed Forces for his physical and his status changed to “4F,” meaning he wasn’t qualified for military service. Those medical records have long been destroyed, so we don’t know why he didn’t pass.

Alas, Mr. Rogers never had a military career. While the U.S. Army fought in Europe, Japan, Korea, and Vietnam, Mr. Rogers was studying music and teaching children about kindness and understanding. The military itself has even rejected myth.

But even without confirmation from the military, the facts of the Mr. Rogers myth don’t add up.

The Navy SEALs were founded in 1962, the same year Rogers started Misterogers, the Canadian predecessor to his American television show. And he couldn’t have been a sniper in Vietnam, since U.S. didn’t send ground troops there until 1965, when he was too old to enlist.

Furthermore, there’s no gap in his television career that would account for a military stint overseas. No one who knew Rogers in real life has confirmed any military involvement on his part, and Rogers was a pacifist through and through.

Mr. Rogers used his TV program as a platform for sharing with the world his countercultural beliefs about nonviolence. He opposed the Vietnam War, and the very first week Mister Roger’s Neighborhood went national in 1968, it included a puppet storyline about war resistance. “Isn’t peace wonderful?” he asks his young viewers. 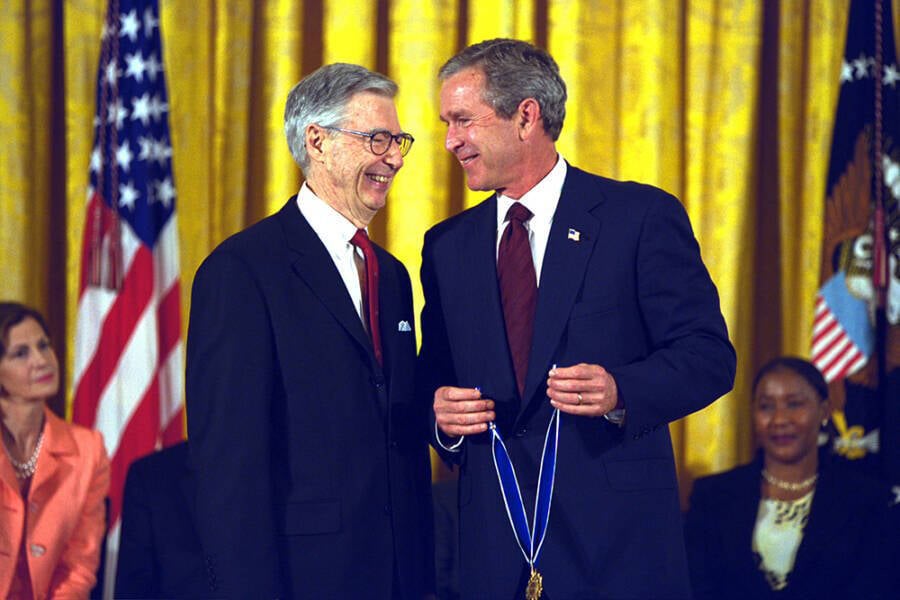 Furthermore, you cannot be a Navy SEAL if you fail the color blindness test, and Rogers was red-green colorblind.

Did you hear the one about how he flipped the double bird to kids on the show? Simply part of a song called “Where Is Thumbkin?” that goes through every finger on your hand — including the middle one, “Mr. Tallman.”

Or how about flashing the satanic devil-horns? It seems eerily close to sign language for “I love you.”

Then, of course, there’s the more disturbing and damaging rumor of them all: that Mr. Rogers himself was a convicted child molester.

The completely unfounded tale circulated that a condition of his supposed sentence was that he performs on an educational television show as a community service obligation. This attempts to give a reason for the lack of kids allowed on set, and adult characters with suggestive names, such as Mr. McFeely. (McFeely was Rogers’ real middle name.)

Let the record show that not one single solitary human person has ever accused Rogers of anything more serious than wearing somewhat unattractive shoes.

To assume that Rogers could remain on public television for 33 years with an abhorrent criminal record such as that — without one outraged parent — is absurd.

“Urban legends sometimes distort the positive to create a sense of intrigue,” says Trevor J. Blank, assistant professor of communication at the State University of New York at Potsdam. “Mr. Rogers, by all accounts, seems like a very mild-mannered, Puritan-esque character…. Him having a very macho backstory or being a ruthless killer is kind of titillating; it runs counter to what you’re presented as true in your day-to-day experience.” 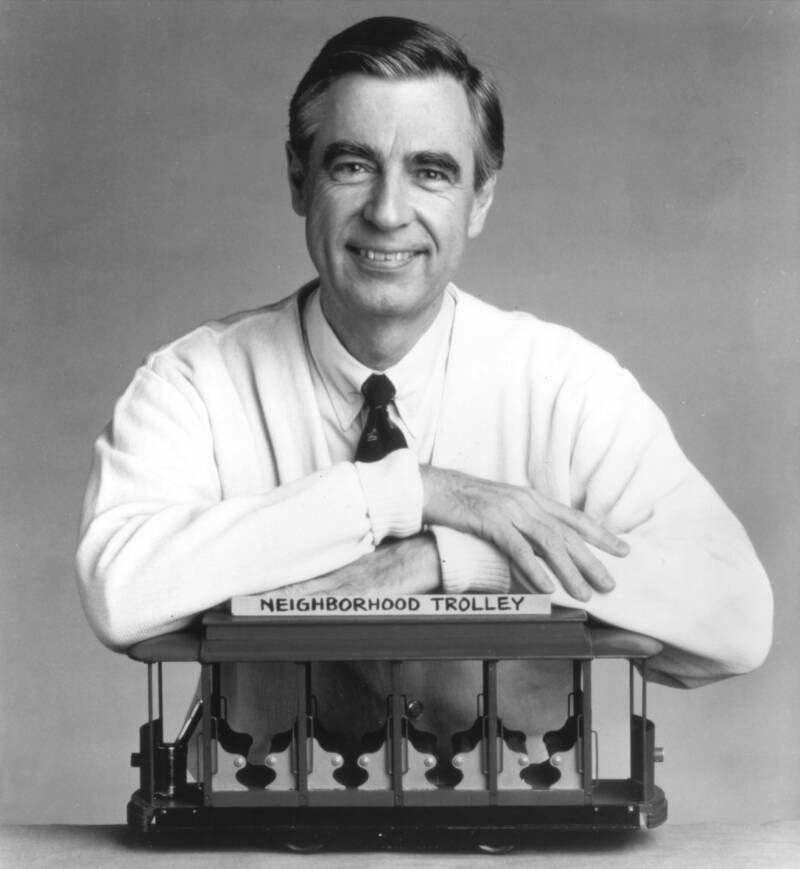 Fred Rogers was such a good person that we’ve invented our own tales about him. Stories like this reflect more on us as a society than they do the man at the center of them. We are all told at some point that if “something sounds too good to be true, it probably is.” But Mr. Rogers may be the only case that belies that adage. He really, truly was as good of a human being there could be.

After learning about the truth behind the rumors of Mr. Rogers’ supposed career as a Navy SEAL and Vietnam sniper, read more about the real life and career of Mr. Rogers. Then, learn about John Basilone, an actual badass marine of World War II.