Christopher Wilder Lured Beautiful Women With The Promise Of A Modeling Contract — Instead, He Brutalized Them

For seven weeks in 1984, Christopher Wilder hunted vulnerable young women across nine different states before being fatally shot upon his arrest.

Christopher Wilder enjoyed life in the fast lane, literally. A racecar driver who preferred the finer things, Wilder had no trouble attracting beautiful young women with a nice car, an expensive camera, and, of course, lies.

Indeed, little did those women know that being seduced by this charming bachelor would cost them their lives.

Who Was Christopher Wilder?

Born Christopher Bernard Wilder on March 13, 1945, in Sydney, Australia, his father was an American naval officer and his mother was Australian.

When he was 17, Wilder participated in the gang rape of a girl on a Sydney beach. He pled guilty but only received a year of probation and mandatory counseling.

During this time in counseling, Wilder claimed he was subjected to electroshock therapy. However, these had little, if any, effect on curbing his appetite for violence.

In 1968, 23-year-old Wilder married. Almost immediately, his new wife found another woman’s underwear and pornographic photos in his car. She also accused him of sexual abuse and claimed that he had tried to kill her. As such, the marriage barely lasted a week.

In 1969, 24-year-old Wilder moved to Boynton Beach, Florida, where he made a fortune in construction work and real estate. He purchased a Porsche 911 which he raced, a speedboat, and a luxurious bachelor pad.

Developing an interest in photography, Wilder also bought several high-end cameras. This “hobby” would soon become key in luring beautiful women back to his home.

Wilder spent his time prowling South Florida beaches in search of women to solicit. In 1971, he was arrested on Pompano Beach for demanding that two young women pose nude for him.

In 1974, he convinced a girl to come back to his house under the promise of a modeling contract. Instead, he drugged and raped her. But Christopher Wilder never served any prison time for either of these crimes.

Without consequences, Wilder’s actions only became sordid. In 1982, while visiting his parents in Sydney, Wilder abducted two 15-year-old girls, forced them to get naked, and took pornographic photos of them. Wilder was arrested and charged with kidnapping and sexual assault. 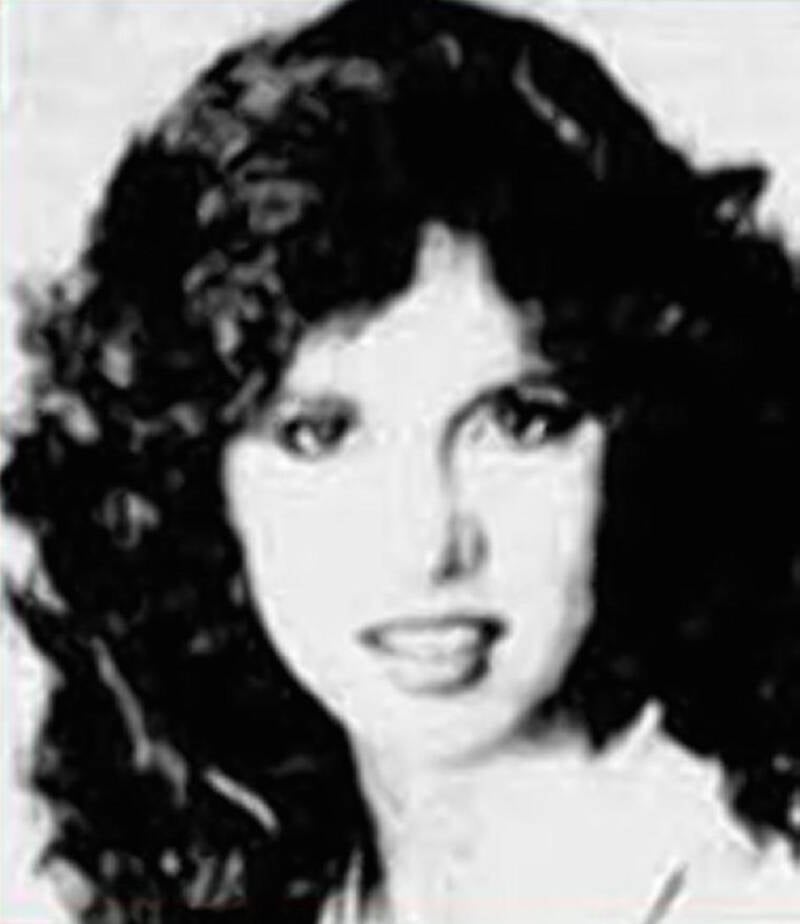 NY Daily News20-year-old Rosario Gonzales disappeared from the 1984 Miami Grand Prix with Christopher Wilder who was racing his Porsche 911 there. She hasn’t been seen since.

Due to constant legal delays, however, the case was never heard. The following year he abducted two girls aged ten and twelve at gunpoint in Florida. He forced them to fellate him in a nearby forest.

On February 26, 1984, Wilder embarked on a seven-week-long cross-country trip, during which he murdered at least eight women, all aspiring models. This earned him the ominous moniker of “The Beauty Queen Killer.”

Wilder’s first victim was 20-year-old Rosario Gonzales, who was working at the Miami Grand Prix in which Wilder was a contestant. Gonzales was last seen leaving the racetrack with him.

On March 5, 23-year-old former Miss Florida and high school teacher Elizabeth Kenyon disappeared. Wilder and Kenyon had dated previously; he even asked her to marry him, but she declined.

Kenyon was last seen by a gas station attendant filling her car. The attendant gave a description to authorities that sounded exactly like Christopher Wilder. The attendant also explained that Kenyon and the man were planning a photoshoot in which Kenyon would model. 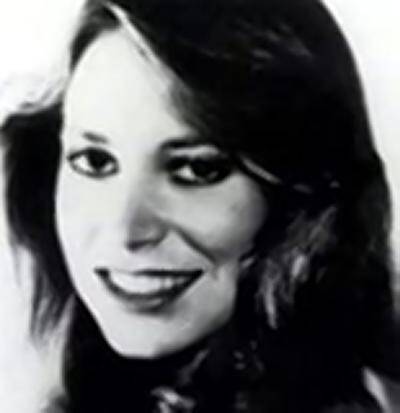 NY Daily NewsElizabeth Kenyon, Wilder’s former girlfriend, was last seen at a gas station with a man fitting Wilder’s description. She has not been seen since.

Dissatisfied with the progress of the investigation, Kenyon’s parents hired a private investigator. When the PI appeared at Wilder’s door questioning him, the murderer was spooked. He fled to Meritt Island, two hours north of Boynton Beach.

Neither Gonzales nor Kenyon have ever been found.

On March 19, Theresa Ferguson disappeared from a Meritt Island mall where witnesses recalled seeing Wilder. Her body was found four days later in a Polk County canal. She had been strangled and beaten so badly that she had to be identified by her dental records.

Christopher Wilder’s next attack occurred the following day when he lured 19-year-old Florida State University student Linda Grover into his car, again under the promise of modeling work. He knocked her unconscious and drove to Bainbridge, Georgia. When she became conscious in the back seat of his car, he choked her and stuffed her in the trunk of his car. 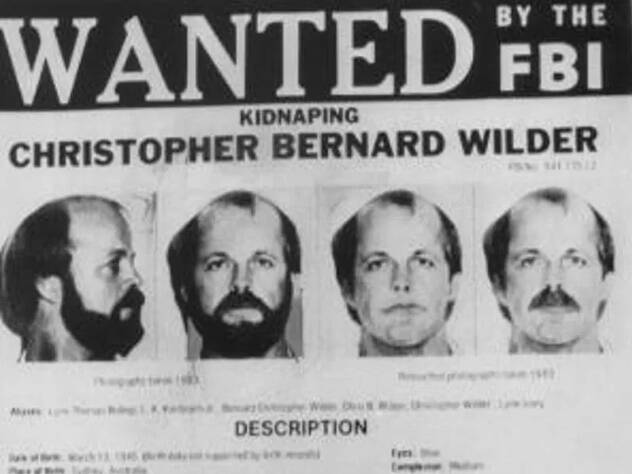 FBIChristopher Wilder was added to the FBI’s “Ten Most Wanted List.” Posters with his image began to appear in shopping malls and at beaches across the country.

Wilder took Grover to a motel where he raped and tortured her. Wilder shaved her genitals and held a knife to them. He superglued her eyes shut and electrocuted her for two hours. But against all odds, Grover managed to lock herself in the bathroom while Wilder slept and she screamed so loudly that Wilder fled.

Grover was rescued and identified her attacker in photographs shown to her by police. Meanwhile, Christopher Wilder fled the state.

On March 21, Wilder arrived in Beaumont, Texas where he tried convincing 24-year-old mother and nursing student Terry Walden to do a photoshoot for him, but she declined.

Walden mentioned to her husband that a bearded Australian had been asking to take her picture. On March 23, Walden ran into Wilder again. She declined his offer again and Wilder followed her to her car where he clubbed her and shoved her in the trunk of his own car.

Walden’s body was found three days later in a nearby canal. She had been stabbed 43 times in the breasts. 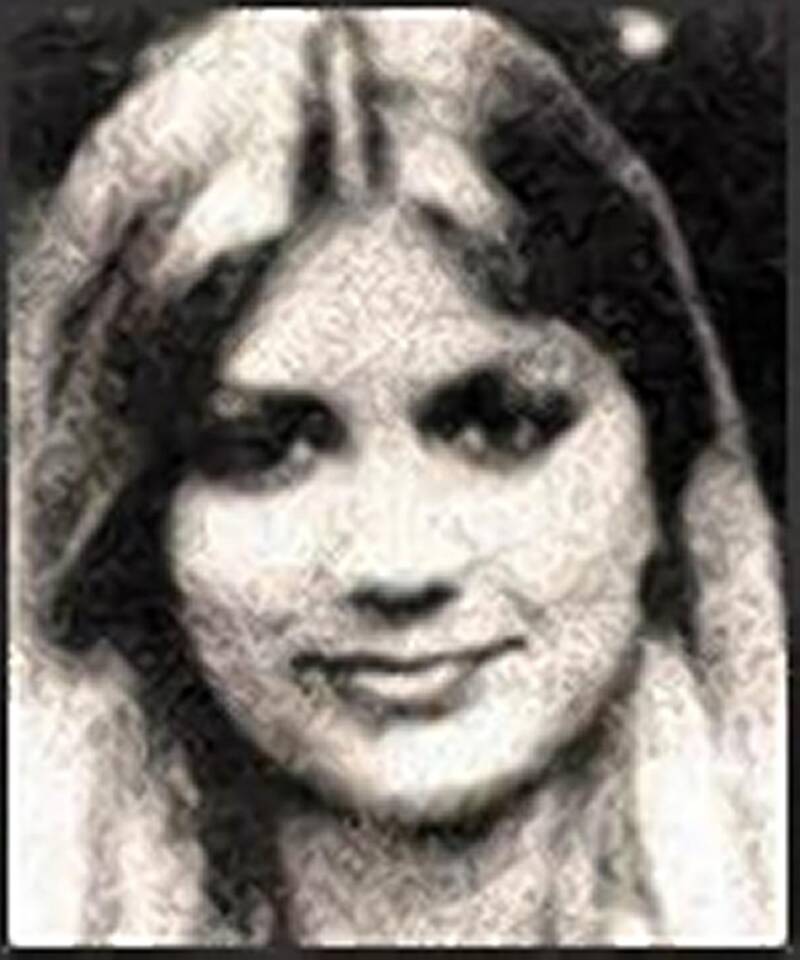 NY Daily News24-year-old Terry Walden was abducted by Christopher Wilder from Beaumont, Texas. Her body was found dumped in a canal on March 26.

Wilder then fled in Walden’s rust-colored Mercury Cougar. Authorities in Texas found Wilder’s abandoned car during the search for Walden and they discovered hair samples belonging to Theresa Ferguson, confirming that Wilder was responsible for her death.

He abducted 21-year-old Suzanne Logan from a shopping mall in Reno and drove 180 miles north to Newton, Kansas. He checked into a motel room where he raped her and tortured her. He shaved her head and pubic hair and bit her breasts.

He then drove 90 miles northeast to Junction City, Kansas, where he stabbed Logan to death and dumped her body in the nearby Milford Reservoir. She was discovered the same day as Walden, on March 26.

On March 29, Wilder abducted 18-year-old Sheryl Bonaventura from a shopping mall in Grand Junction, Colorado. They were seen together several times, once at the Four Corners Monument, then checking into a motel in Page, Arizona where Christopher Wilder claimed they were married.

Bonaventura was not seen again until her body was found on May 3, in Utah. She had been stabbed multiple times and shot.

On April 1, Christopher Wilder attended a fashion show in Las Vegas for aspiring models competing to appear on the cover of Seventeen magazine.

The mother of one of the girls was taking pictures, and by chance, Wilder appeared in the background, leering at the girls in miniskirts. 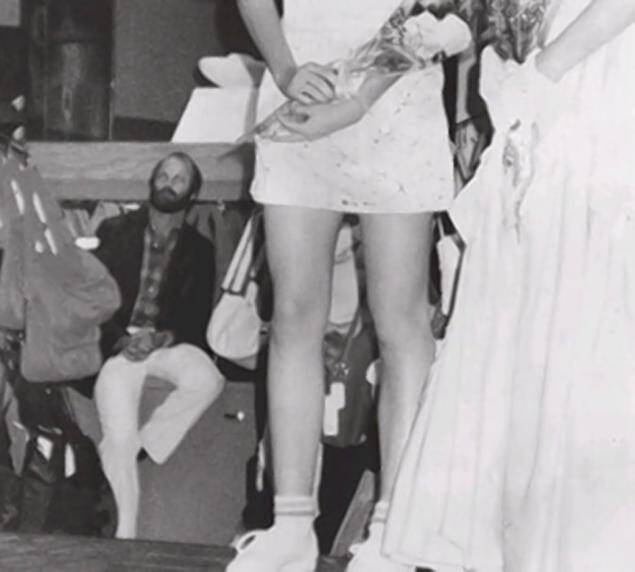 NY Daily NewsThe photo taken at the Seventeen magazine competition in Las Vegas, in which Christopher Wilder can be seen watching from the background. Michele Korfman was last seen at the event.

At the end of the show, the Beauty Queen Killer approached 17-year-old Michele Korfman and the two left together. This was the last time Korfman was seen alive. Her body was not found until May 11, dumped on a roadside in Southern California.

On April 4, Wilder abducted 16-year-old Tina Marie Risico from Torrance, California, and began driving back east. In a strange twist of events, however, he did not kill her, instead kept her alive and demanded that she help him lure more victims. Terrified, Risico agreed to help.

Risico helped Wilder abduct Dawnette Wilt from Gary, Indiana, on April 10. Wilder drugged Wilt, raped and tortured her for two days, then stabbed her and dumped her in a wooded area of upstate New York.

Shockingly, Wilt survived and dragged herself towards the highway. She was picked up and taken to hospital in Penn Yan, New York. Wilt identified Christopher Wilder from a selection of mugshots police showed her. 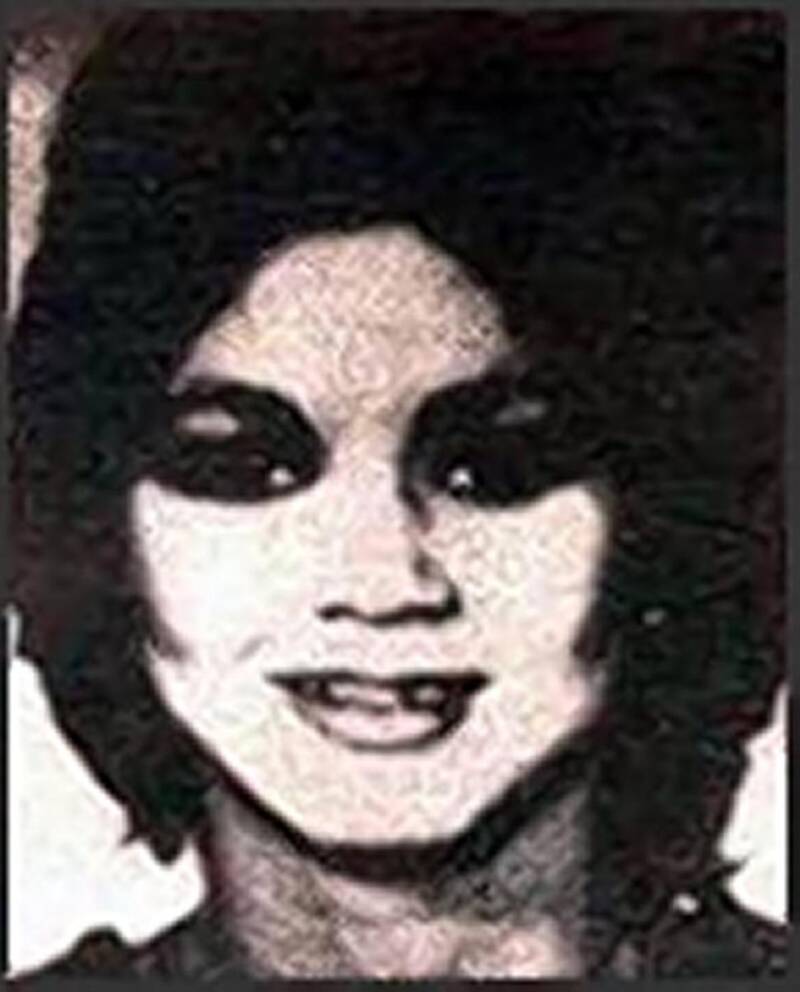 NY Daily NewsDawnette Wilt was tortured and raped for two days before the Beauty Queen Killer left her for dead on a roadside in upstate New York. Incredibly, Wilt survived her ordeal.

Wilder’s final victim was 33-year-old Beth Dodge. Wilder abducted Dodge in Victor, New York, where he fatally shot her and dumped her body in a gravel pit. He then stole her car and drove to Boston Logan Airport. There, he bought Risico a flight to Los Angeles.

Why he decided to spare her is a mystery to this day.

The Final Chapter Of The Beauty Queen Killer 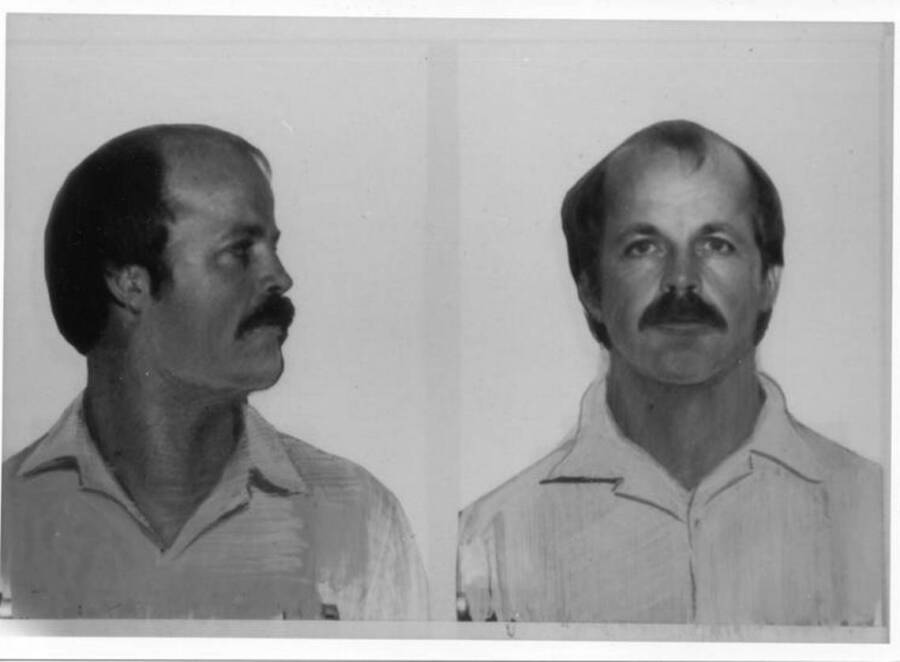 On April 13 at a gas station in Colebrook, New Hampshire, Christopher Wilder was recognized by two state troopers. As they approached him, Wilder leaped into his car and grabbed a .357 magnum.

The officer was seriously wounded, but made a full recovery. It is not known whether Wilder’s firing of the gun was an accident or if Wilder purposely killed himself. 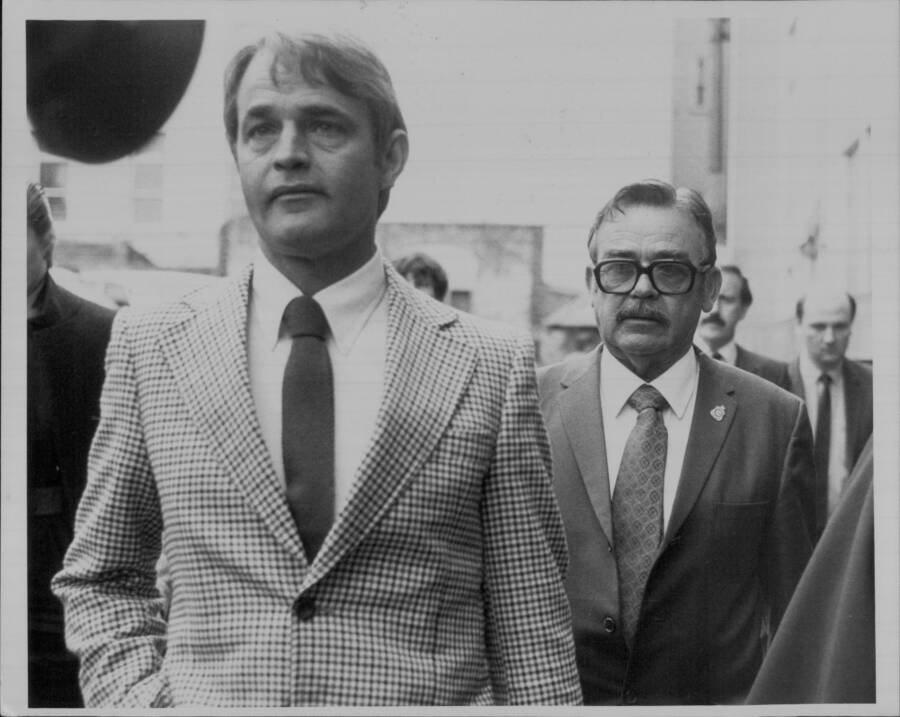 Julian Kevin Zakaras/Fairfax Media via Getty ImagesChristopher Wilder’s father (wearing glasses) said “I feel like I am an old man all of a sudden,” following his son’s death. His brother, Stephen, flew to the United States to help the FBI to find his brother. He said he was “happy he’d been stopped.”

Christopher Wilder’s death meant that none of his crimes ever went to trial.

It is believed that he is responsible for several other murders, including Australia’s horrific and still-unsolved 1965 Wanda Beach murders and the March 1984 murder of Coleen Osborn in Daytona Beach. But Wilder took any knowledge about these other crimes to the grave with him.

What he left behind were eight known corpses, potentially even more, and a slew of traumatized young women across two hemispheres. The possibility of justice for the Beauty Queen Killer, unfortunately, has died with him.

After this unsettling look at Christopher Wilder, the Beauty Queen Killer, check out another elusive serial killer, Ronald Dominique, whose murder streak went on for nearly a decade before he was caught. Then, read about the tragic murder of Playboy model, Dorothy Stratten, at the hands of her own jealous husband.