Ronald Dominique Murdered 23 People. Because They Were Homeless, He Almost Got Away With It.

Mild-mannered Ronald Dominique was overweight with a heart condition and a cane. He moonlit as a bad Patti LaBelle impersonator at the local gay club — and murdered dozens of homeless men.

In late 1997, police in the southern parishes of Louisiana began to find bodies. Bodies that had been raped and tortured before they were murdered.

For the next nine years, Louisiana police found these bodies scattered along roadsides, floating in bayous, rotting in sugarcane fields, and half-buried in ditches. All the bodies were men, mostly homeless, and they became known as the victims of the Bayou Serial Killer or the Bayou Strangler, a madman who lured men of a certain lifestyle into his trap — and almost got away with it.

This is the gruesome story of Ronald Dominique.

Born in 1964 in Thibodaux, Louisiana, Ronald Joseph Dominique reportedly didn’t show any signs of the sociopathy that would develop later in his life.

Though he lived in a small, run-down trailer park, Dominique was active in school and spent his free time singing in the choir and performing with his school’s glee club.

He was known in Thibodaux for his generosity and was often seen helping the residents of his community with yard work or groceries.

Under his confident, kind air, Dominique’s emotions were at war. Though he never openly admitted to being gay, he spent his nights in drag, moonlighting as a Patti Labelle impersonator at a local gay bar.

Unlike the residents of his little trailer park, the locals at the gay bar saw Ronald Dominique as off-putting and uncomfortable. 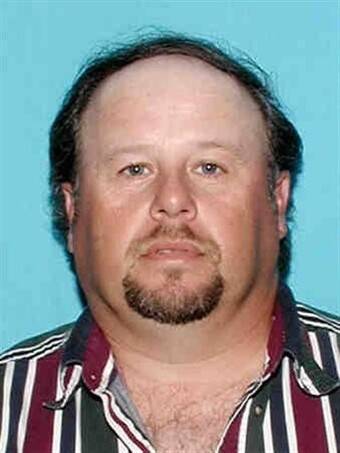 Public DomainRonald Dominique would later tell police that he killed his rape victims because after going to prison once, he didn’t want to end up there again.

Perhaps due to his inability to fit into a world he so desperately admired, Dominique began to lose touch with his friendlier exterior.

In the years before his killing streak, Dominique would ultimately be arrested and charged no less than seven times. Police would later come to regret having ever let him go.

Despite those run-ins with the law, Ronald Dominique continued to live in his trailer park community with little to no issue – in fact, the community hardly noticed him at all.

After all, Dominique did appear harmless. He was a soft, overweight man, stood at just five-foot-five, and who lived with his sister and walked with a cane – what was the worst he could do? 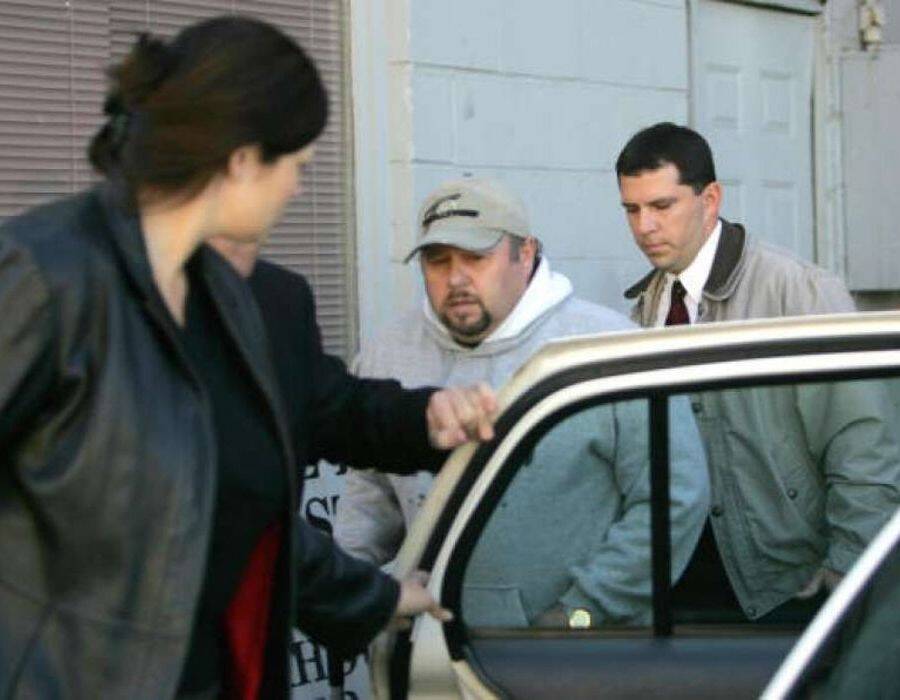 Sabree Hill, Associated PressRonald Dominique would later be identified by a description given by an escaped victim as overweight and unhealthy.

Whether Ronald Dominique’s meek demeanor was merely a rouse to cover up his sadist insides, Ronald Dominique was nonetheless capable of horrific acts. Even before he would commit some of his most heinous crimes, he would almost be locked up.

In August of 1996 shortly after his DUI arrest, Dominique was arrested and charged with forcible rape.

He had allegedly coerced a man into coming home with him and attempted to tie him up. When the man refused, Dominique became violent. Witnesses claimed they saw a half-dressed man escape through an open window that same night.

But when Dominique was arrested and brought to trial, the victim was nowhere to be found to testify against him. Ultimately the case was dropped and Dominique determined he could never go back to jail. He would later say that was why he had to kill his victims instead of getting caught.

As he had once before, Dominique talked young David into coming home with him. He tied him up too but this time succeeded in both raping and murdering his victim. Ronald Dominique then dragged the body out to a sugarcane field and left it there. 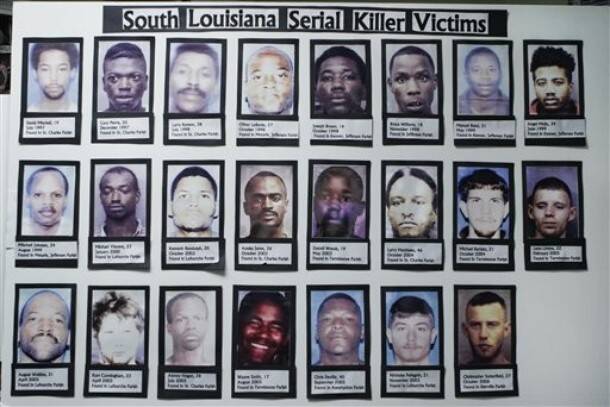 Public DomainDominique was charged with the murders of eight men, but investigators felt they could link him to at least 12 others.

“He left my brother in a cane field for rodents to eat off him,” a sibling of one of Dominique’s victims would later cry in court. “He was nothing but bones. We had to bury bones.”

With the rape and murder of David Mitchell, Dominique began a nine-year killing spree.

The Bayou Runs Red With Blood

Not once during his spree was Ronald Dominique a suspect of his own crimes.

The Louisiana State Police launched a task force of sheriffs from nine parishes shortly after the death of Mitchell in 1997.

Later, the Federal Bureau of Investigation would be looped in as the body count increased. According to Jim Bernazzani, the Special Agent in charge, FBI profilers at the time considered Dominique’s case the most significant in terms of the number of victims he had acquired in such a short period of time.

It became clear, too, that Ronald Dominique had a type. He targeted mostly homeless men between 18 and 40 — social outcasts he felt no one would miss.

Most of these men he picked up at gay bars or off the streets where they stood at night prowling for johns. Others he would show photos of an attractive woman and boast that she was his wife and that the men could come back to his house and have sex with her even though Dominique wasn’t married.

Many did accompany Dominique back to his home but not one of them considered him a threat.

Once at his home, the mild-mannered nobody flipped a switch and turned sadistic. He would tie up his victims and rape them and in most cases, kill them. Dominique told police during his arrest that if the men refused to be tied up, he would let them go unharmed.

By this claim, some 23 men then, would have consented to being tied up in a stranger’s home. Regardless, his decision to let one man go would spell the end to his terror streak at last.

Almost 10 years after his fateful first murder, one of the men RonaldDominique allowed to go free, an ex-con living in a homeless shelter, mentioned his close call to his parole officer.

He told the officer how he’d been tied up by an older man who had appeared ill, and something clicked with the officer. Within a short period of time, police had arrested Ronald Dominique. 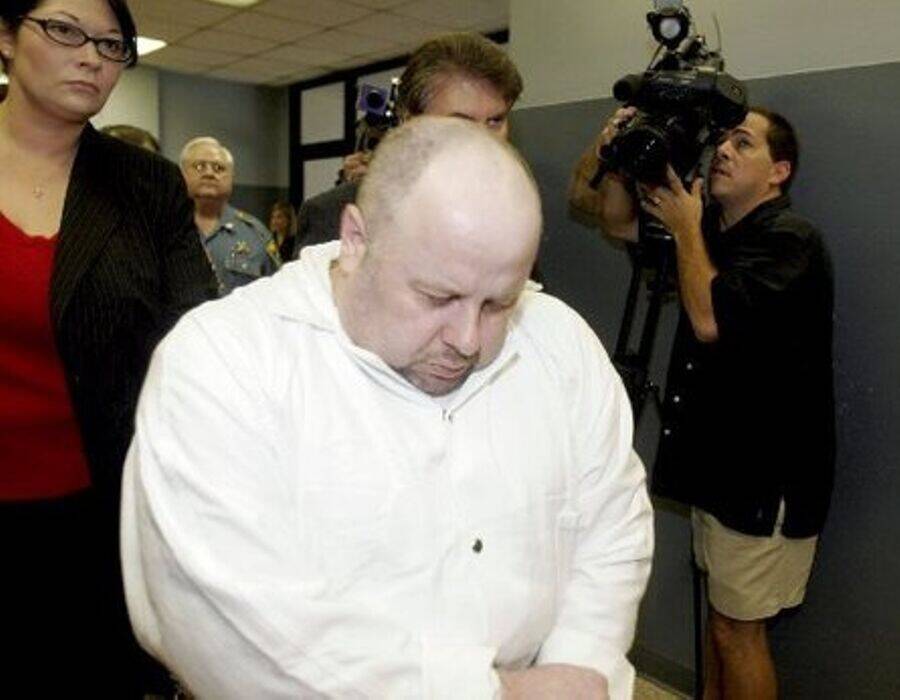 Matt Stamey, Associated PressOnce arrested, Ronald Dominique was reportedly “no trouble at all” to officers and willingly gave up his DNA and confession.

In keeping with his appearance, when police called on Ronald Dominique in 2006 for a DNA sample, he turned it over willingly.

And, when the sample came back positively linking him to at least two of the murders, he complied with officers on all counts, even going so far as to offer up his confession to 23 other murders.

When asked why he had graduated from raping his victims to murdering them, Dominique had an answer for that too: he was afraid of going to jail for rape, so he killed his victims to keep them quiet.

“I hope hell finds you fast,” cried the brother of one of the Bayou Serial Killer’s victims in court. Thirty relatives of Dominique’s victims attended his sentencing.

Ultimately, following a trial Ronald Dominique pleaded guilty to first-degree murder in an attempt to avoid the death penalty. On September 23, 2008, he was instead sentenced to eight consecutive life sentences, which he is currently serving at the Louisiana State Penitentiary in Angola.

After learning about Ronald Dominique, read these quotes by serial killers that will chill you to the bone. Then, read about how Ted Bundy helped catch serial killer Gary Ridgeway.