"If you treat [pit bulls] right, they would give their life for you and I owe my son's life to him." 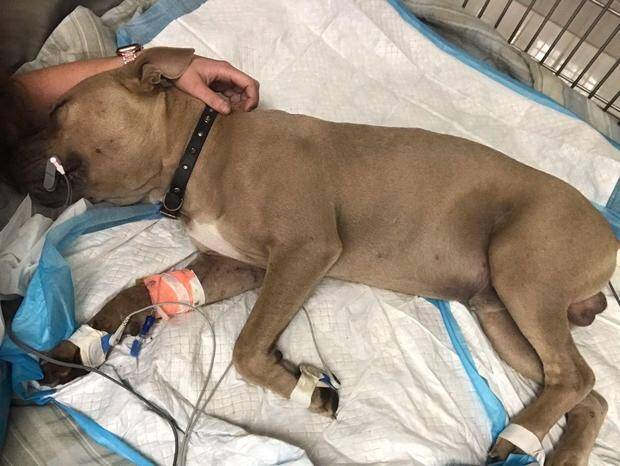 Gina RichardsonZeus the pit bull after being bitten by a coral snake while defending the two children.

They say that dogs are man’s best friend — and for the Richardson family of Sumter County, Florida, that couldn’t be more accurate. According to CBS News, their nine-month-old pit bull Zeus recently gave his life to protect the family’s two young boys from a deadly coral snake.

Oriley and Orion Richardson were outside the house and cleaning the puppy’s water dish on Sept. 23 when nine-month-old Zeus noticed the snake. He had no qualms about fighting it off and keeping the kids safe. Unfortunately, he wasn’t as lucky as those he protected.

Zeus first laid down on top of the snake to pin it to the ground and keep it from harming the boys. Then, he bit off and swallowed its head.

However, while he’d had the snake pinned down, it bit him four times — sealing his fate. 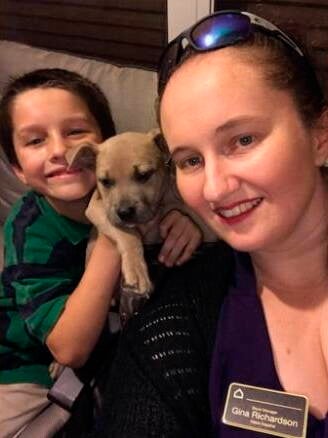 “All of a sudden, he started attacking the snake which was close to my son and he was bit four times,” said Gary Richardson, according to Fox News. “I knew when he first came in that something was wrong and [it] was very traumatic because I knew he was dying.”

Despite being rushed to the veterinarian’s office and receiving anti-venom, Zeus grew weaker over the next 24 hours. He died the next day — on Oriley’s 10th birthday.

The family went to the animal hospital along with Zeus’ mother, Sega, to say goodbye.

“Sega goes over to Zeus’ head and puts her paws up on the table and takes a sniff,” Richardson told CNN. “Her ears came back, she got down, she instantly jumped on the sofa next to me and put her head on my thigh in sorrow. At that moment not only was my family broken, but his own mother was broken.”

A CBS 42 segment on Zeus and the Richardson family.

“He’s been a member of the family,” said Gina Richardson. “It just killed us.”

“I just started bawling. My kids woke up and heard me crying and then they too started crying. We were all an emotional wreck.”

The family has since said that they are “still hurt” by the loss, as Zeus had clearly been more than just a pet to them. Gina Richardson explained that he was born in their home, on New Year’s Day, and that his sacrifice meant everything to her.

“I’m thankful he gave his life for our kids,” she said. “He will be remembered by the many hearts he has touched across the world now.”

“He was a good boy and I loved him with all my heart,” Oriley said. “I played with him all the time. I feel sad and I miss him.” 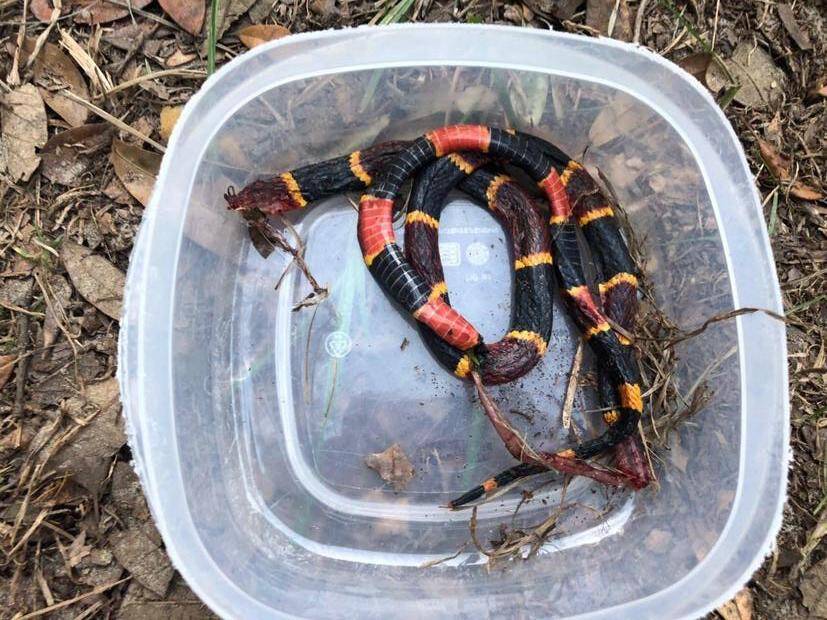 Gina RichardsonCoral snakes possess the second-strongest venom of any snake — and this one bit Zeus four times, causing his death.

Gina Richardson believes that this story might change the stigma surrounding pit bulls. The breed has garnered a bad reputation for aggressive, unreliable behavior in the past. But Richardson, who has since become an “ambassador” for the Staffordshire bull terrier breeds, rejects this characterization.

“If you find [a pit bull] that’s aggressive, most likely, it’s because they weren’t treated right,” she said. “If you treat them right, they would give their life for you and I owe my son’s life to him.”

After learning about the pit bull puppy who gave his life to defend two kids from a coral snake, read the sad tale of Hachiko, history’s most loyal dog. Then, learn about Laika, the dog that was sent into space, never to return.