The Tragic Tale Of Clara Bow, The Original Flapper Girl Who Took Hollywood By Storm

Actress Clara Bow was hailed as Hollywood's original "It Girl" and she made 57 films in just under a decade before vanishing the scene at just 28 — and dying in seclusion.

Actress Clara Bow was the inimitable “It Girl” of the Roaring Twenties, the epitome of the flapper girl. Her gold-studded career spanned over 57 films and she managed to make the near-impossible shift from silent film to “talkies.”

But Clara Bow’s story was one built on a tragic past — and one that she could not reconcile with her life in the limelight.

“All the time the flapper is laughing and dancing, there’s a feeling of tragedy underneath,” Bow said. “She’s unhappy and disillusioned, and that’s what people sense.”

For nearly a decade, Bow struggled to balance her public persona with her private life. She struggled to be seen as a more serious actress, too, before she finally decided to walk away from her career altogether.

And yet, even a century later, Bow hasn’t escaped that reputation she tried so hard to change.

Clara Bow’s Childhood In The Tenements 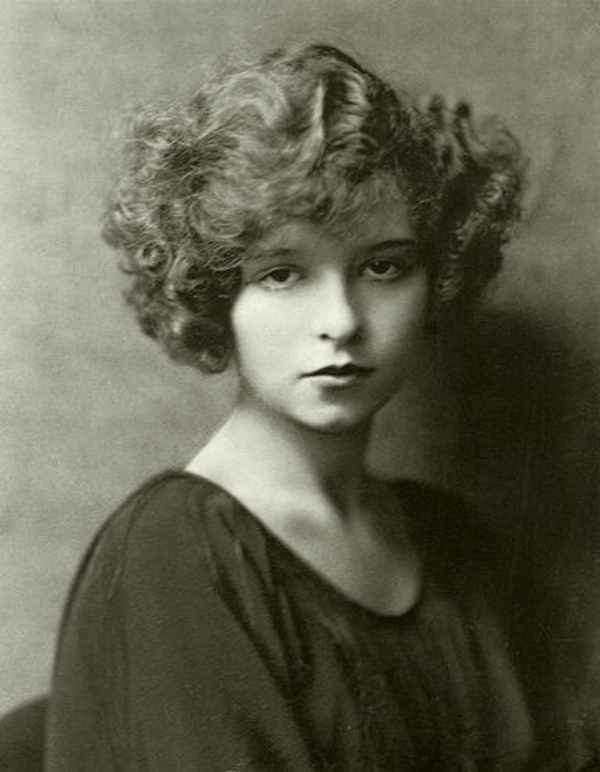 Clara Bow might have ended up on the streets if not for Hollywood, at least according to the author of Flappers: Six Women of a Dangerous Generation, Judith Mackrell.

Born in 1905 in what some have described as “the most brutal poverty that was known at the time,” Bow grew up in the tenements of Brooklyn, raised by a schizophrenic mother and an alcoholic father. She was both neglected and abused.

“I never had any clothes,” Bow said of her childhood. “And lots of time didn’t have anything to eat. We just lived, that’s about all.”

Bow thought her second chance at life came in 1921 when the 16-year-old submitted her photo to a “fame and fortune” contest in a magazine — and won.

She dropped out of school to pursue a career in acting, but her luck didn’t change right away. 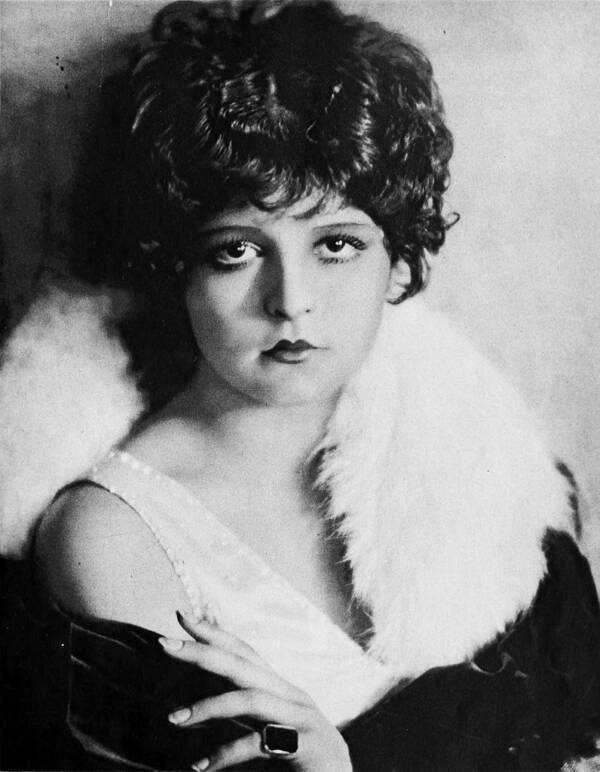 Winning a contest in a magazine wasn’t enough to rocket the ambitious ingénue to fame, though. Bow had to compete for auditions and bit parts. Even after she won a talent contest where the judge declared that “she screens perfectly,” Bow didn’t get a movie contract.

“There was always something,” Bow recalled. “I was too young, or too little, or too fat. Usually, I was too fat.”

Bow’s hard work would pay off. In a few years’ time, she managed to land a contract with Paramount Pictures for parts in silent films.

Bow was confident and at ease on screen. She appeared independent and had a short, modern haircut and a charming cupid’s bow mouth.

She made audiences fall in love.

Becoming The “It Girl”

Clara Bow shows off her talent in a scene from It.

“She embodied the flapper girl,” Mackrell explained. “For the hundreds of thousands of women going to the cinema every week, she was a role model. Before that time, those role models wouldn’t have been available, but cinema gave a huge critical mass of women a notion of themselves as liberated.”

In 1927, Clara Bow starred in the career-defining movie It.

In the romantic comedy, a store owner searches for a woman with self-confidence and irresistible sex appeal. Elinor Glyn, the author of the magazine article that inspired the movie, described “It,” or that irresistible charm as: “self-confidence and indifference as to whether you are pleasing or not – and something in you that gives the impression that you are not at all cold.”

Bow certainly embodied that kind of “It.” Her audiences agreed. Her fan mail was addressed to “Miss It, California” and “The It Girl.” 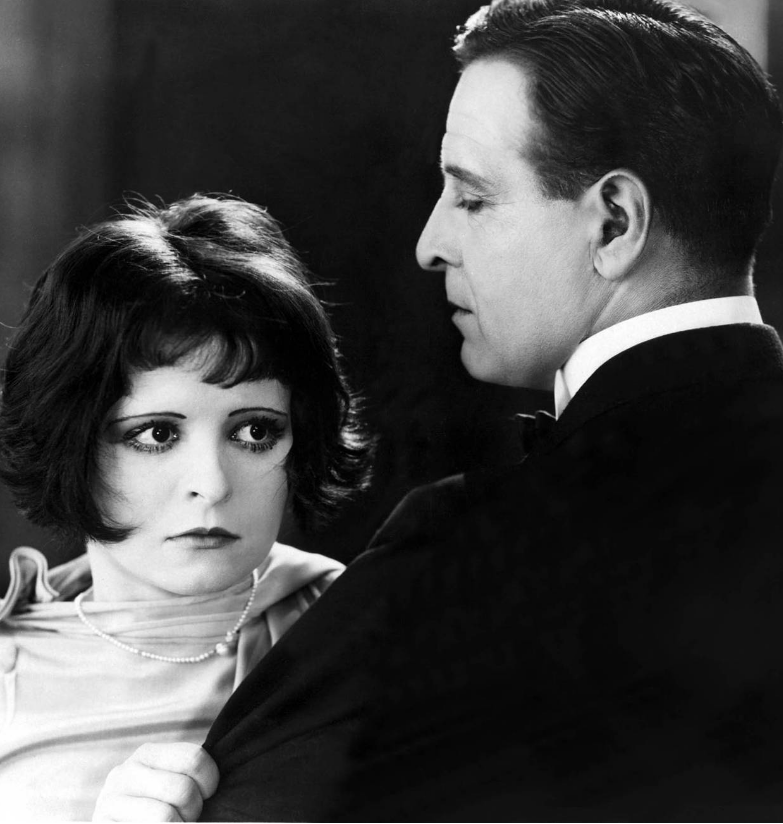 Wikimedia CommonsClara Bow and Conway Tearle in a promo shot for the 1926 film Dancing Mothers.

During the silent-film era, Bow worked tirelessly. She made 15 films in 1925, the same year that she turned 20, and she would star in the first film to win the Academy Award for Best Picture, Wings.

Though Bow could not forget her past, she did manage to draw on the tragedy of her childhood to give her roles more depth – even to those flapper girls who seemed carefree.

Just playing the flapper girl, though, was not enough for Bow. “I want to be known as a serious actress, and not as an It Girl,” she insisted.

She wouldn’t get the chance.

The Tragic Side Of The Flapper 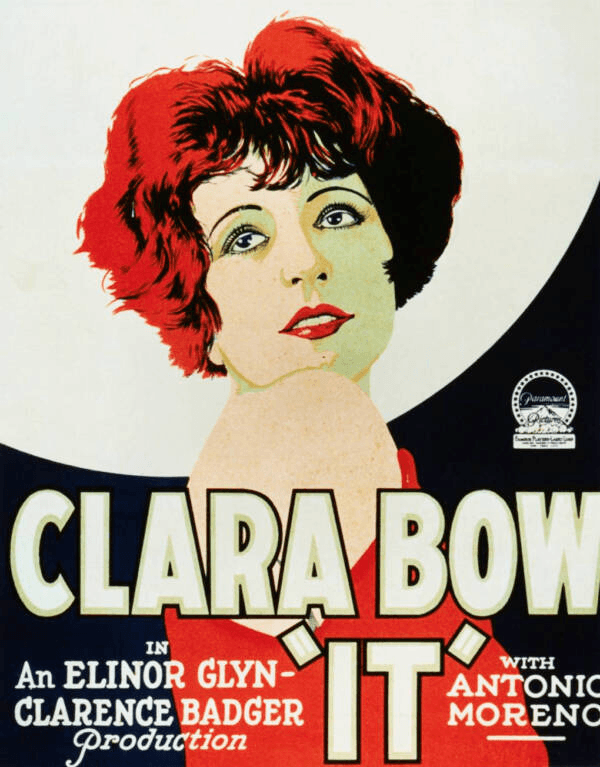 In Hollywood, Bow found herself to be a social outcast. To the more glamorous pseudo-aristocratic stars, Bow was just a poor kid without class.

One magazine quoted Bow as saying, “Mosta my friends’re ones I knew before I paid income tax.” Even the way she spoke separated her from other stars and gave more pretentious celebs reason to think she was lowlier.

The actress talked openly about her broken engagements, gambling, and other taboo activities. When Paramount offered her a contract, Bow negotiated to leave out the morals clause.

Bow’s contemporary, actress Lina Basquette, explained the young starlet’s situation: “She wasn’t well-liked amongst other women in the film colony. Her social presence was taboo, and it was rather silly because God knows Marion Davies and Mary Pickford had plenty to hide. It’s just that they hid it, and Clara didn’t.”

Or, as Clara Bow so frankly put it:

“I’m a curiosity in Hollywood. I’m a big freak, because I’m myself!”

Disillusionment followed Bow through Tinseltown, and it was perhaps best displayed by her flirtations.

Bow’s romantic conquests included Gary Cooper, Bela Lugosi, and Gilbert Roland. When she broke off one engagement, Bow said, “Gosh, he was too subtle. I couldn’t live up to his subtlety.” After another, Bow quipped, “I cannot marry Harry Richman as I am expecting a nervous breakdown.” 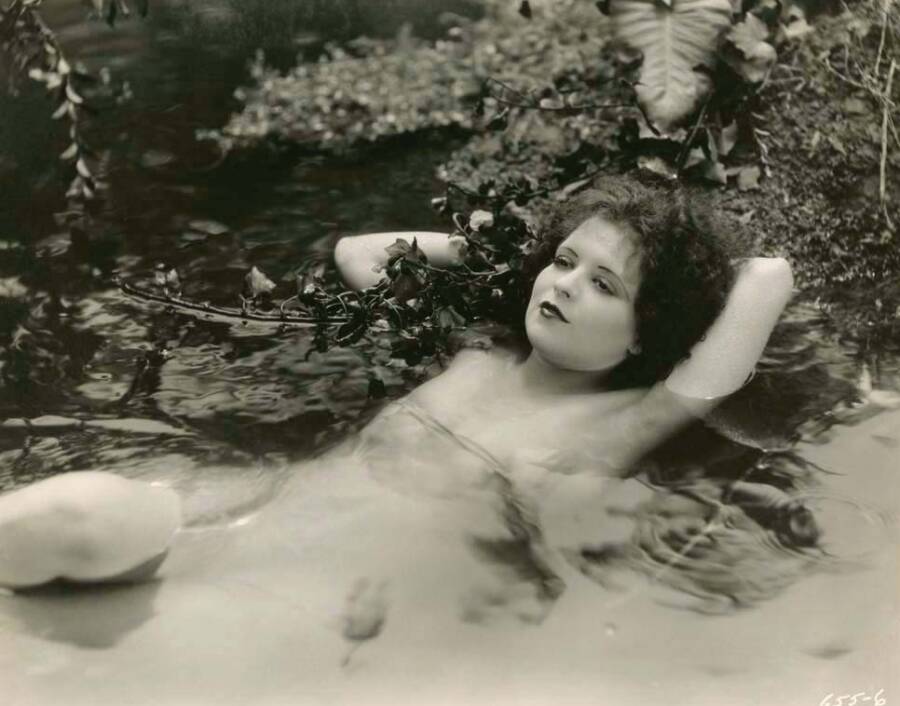 After five broken engagements in five years, Bow had built a reputation for scandal. She was known as the woman who loved “drinking, gambling, swearing and screwing.”

At one elite party, Bow allegedly kissed a married judge in front of his wife and then unzipped his pants on the dance floor. The judge had recently made headlines for publicly supporting premarital sex.

When the judge recoiled, Bow declared, “If he likes all that modern stuff, how come he’s such an old stick-in-the-mud?”

“I’m just the whipped cream on top of the pie,” Bow said of her career. “I don’t want to be remembered as somebody who couldn’t do nothin’ but take her clothes off.” 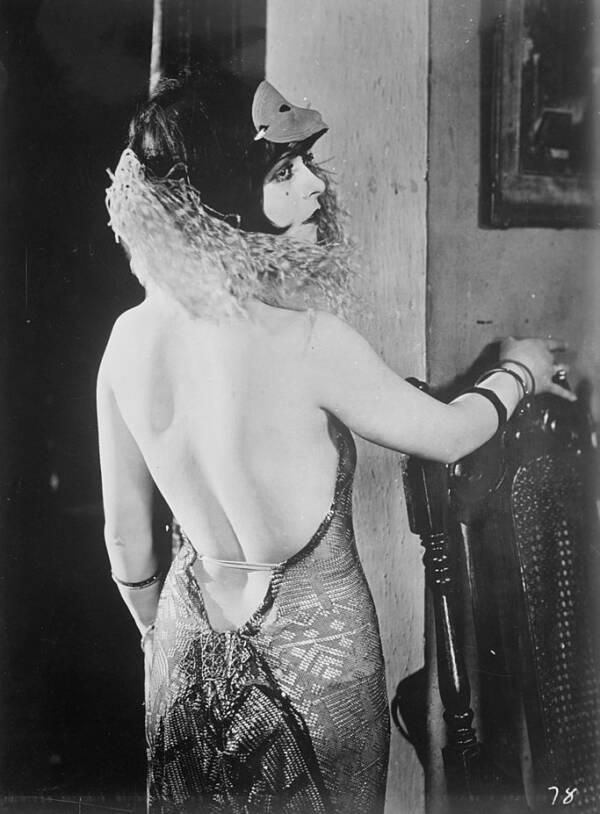 Bain News Service/Library of CongressClara Bow’s tenure in Tinseltown lasted only eight years before she shrugged off the fame.

The fame and the criticism put an enormous strain on Bow, though. Like her mother, Bow struggled with mental illness.

“The studios were working her to death,” said Elaine Shepherd, who produced a documentary on Bow. “She was on heaps of primitive pills to get her out of bed in the morning and to get her to sleep at night.”

On top of that, Bow’s former friend Daisy DeVoe published a tell-all in the tabloids that trashed her, blasted her for drug use, loose morals, and even accused her of bestiality.

So Bow retired to a Nevada cattle ranch with her husband, Rex Bell, and avoided Hollywood for the rest of her life. She died at 60 after having had two sons and a quiet life.

“In my era, we had individuality. We did as we pleased. We stayed up late. We dressed the way we wanted. I’d whiz down Sunset Boulevard in my open Kissel [automobile]…with seven red chow dogs to match my hair.”

Perhaps tragically for Bow, she remains the “It Girl” of the roaring ’20s, nearly a century later.

Clara Bow’s public scandals shocked Hollywood in the 1920s, and here are some more secret Hollywood scandals you didn’t know about. Then, for more on the lost generation, check out these vintage photos of flappers in the 1920s.