Inside The Vigilante Killing Of Jeff Doucet, The Pedophile Shot By His Victim’s Father

In 1984, Jeff Doucet kidnapped and sexually abused 11-year-old Jody Plauché — then Jody's father Gary Plauché made sure he never did it again.

To anyone walking through Baton Rouge Metropolitan Airport on March 16, 1984, Gary Plauché looked like a man making an innocent phone call. But he had actually come to the airport to kill Jeff Doucet, who had been arrested for kidnapping and molesting his son, Jody Plauché.

As TV cameras zoomed in to capture Doucet’s arrival at the airport, Gary lurked by the payphones. When he saw his son’s abuser amid a police entourage, he sprang into action — and shot Doucet in the head.

Jeff Doucet died soon afterward, and Gary Plauché became a vigilante hero in the eyes of many people in Baton Rouge and America as a whole. But who was the man he killed, the pedophile who had kidnapped his son? 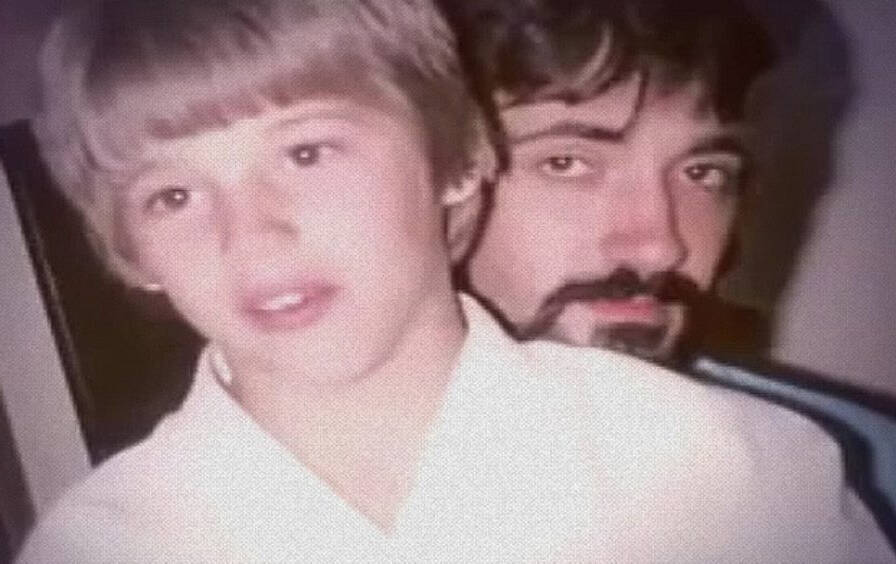 YouTubeJeff Doucet with Jody Plauché, the young boy he kidnapped in 1984.

Though not much is known about Jeff Doucet’s early life, the scant information that exists suggests that he had a difficult childhood. Born around 1959 in Port Arthur, Texas, he grew up poor with six siblings. And Doucet later claimed that he’d been molested as a child.

By the time he was in his 20s, however, Doucet had started abusing children himself. He spent most of his days with children as a karate teacher in Louisiana and had the complete trust of all the kids’ parents. Soon, Doucet began to focus on one child in particular: 10-year-old Jody Plauché.

To Jody, the tall, bearded Doucet felt like a best friend. But then, Jody said that Doucet started “testing the boundaries” with him.

“Jeff would go, ‘We need to stretch,’ so he’d be touching around my legs. That way, if he grabbed my private area, he could say, ‘It was an accident; we were just trying to stretch,'” Jody remembered. “Or, if we were driving a car, he’d put his hand in my lap and might go, ‘Oh, I didn’t mean to. I didn’t realize my hands were there.’ That’s that slow, gradual seduction.”

Before long, Jeff Doucet sped up the grooming process and the abuse. Jody didn’t know it, but his karate teacher planned to kidnap him.

Inside The Kidnapping Of Jody Plauché — And Gary Plauché’s Revenge 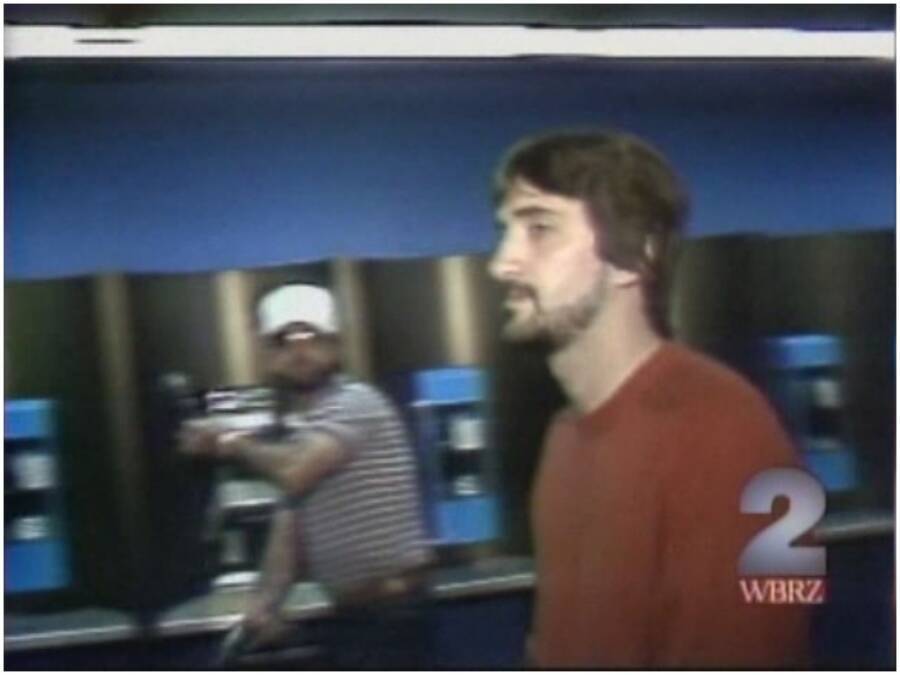 YouTubeGary Plauché, in the white hat, turns and prepares to shoot Jeff Doucet on live television.

On February 19, 1984, Jeff Doucet brought his abuse of Jody to a new level. After telling Jody’s mother, June, that they were just going for a short drive, he kidnapped the then 11-year-old boy and took him to California.

There, Doucet dyed the boy’s hair black, passed him off as his son, and molested and raped him in a motel room. In addition to kidnapping and abusing Jody, Doucet had also left behind a trail of bad checks.

But the police were closing in. When Doucet allowed Jody to call his mother, the cops traced the call to an Anaheim motel. Authorities soon arrived to rescue Jody and arrest Doucet. They then flew Doucet back to Louisiana, where he was expected to face justice in a courtroom.

Instead, he would face justice at the hands of Jody’s father, Gary Plauché. Furious about his son’s kidnapping and abuse, Gary found out when Doucet would arrive at the Baton Rouge Metropolitan Airport and went to meet him.

As TV cameras rolled, Gary Plauché reached for the gun in his boot, whirled around to face Doucet, and shot him in the head. As Doucet fell, police officers swarmed Gary — one of whom was his good friend.

When Gary’s cop friend arrested him, he asked, “Why, Gary, why’d you do it?” Gary replied, “If somebody did it to your kid, you’d do it, too.”

The Aftermath Of Jeff Doucet’s Death 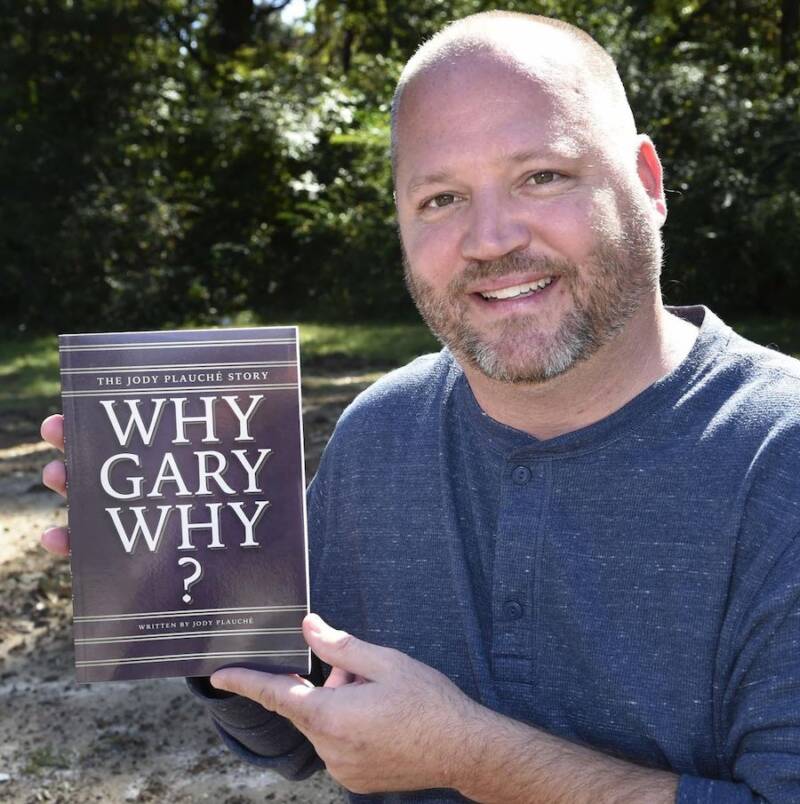 Twitter/Criminal Perspective PodcastAs an adult, Jody Plauché published a book titled Why, Gary, Why? about his experience.

Gary Plauché’s justification for killing Jeff Doucet echoed through the days that followed. Most people in Baton Rouge agreed with his actions.

“I’d a shot him, too, if he done what they say he done to my boys,” an airport bartender told reporters. A nearby traveler agreed with her. “He’s no killer. He’s a father who done it out of love for his child, and for his pride,” he said.

Indeed, Gary spent just a weekend in jail. A judge later ruled him no threat to the community and gave him five years probation, seven years on a suspended sentence, and 300 hours of community service.

But for Jody Plauché, Doucet’s victim, the situation was more complicated. Doucet had done terrible things, he said. But he didn’t want the man dead.

“After the shooting happened, I was very upset with what my father did,” Jody said, years after Jeff Doucet’s death. “I did not want Jeff killed. I felt like he was going to go to jail, and that was enough for me.”

But Jody was grateful that both of his parents allowed him to recover from his traumatic experience at his own pace. Eventually, Jody said he was able to work through it and accept his father back into his life.

“It’s not right to take someone’s life,” Jody said. “But when someone’s that bad a person, it doesn’t bother you much in the long run.”

After reading about Jeff Doucet, take a look at 11 real-life vigilantes like Gary Plauché. Then, discover history’s most unmerciful revenge stories.