Jody Plauché was just 11 when he was kidnapped and repeatedly raped by his karate teacher Jeff Doucet — then in March 1984, his father Gary Plauché took deadly revenge. 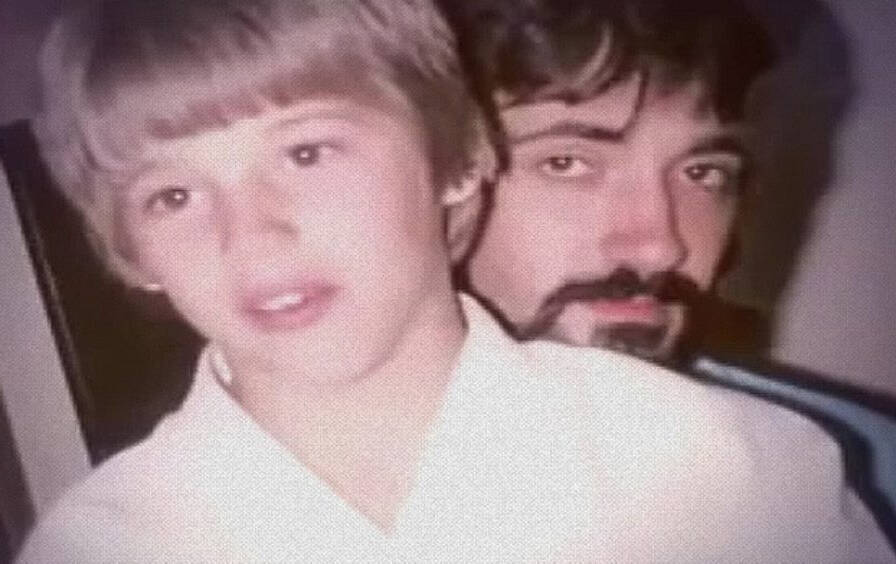 YouTubeJody Plauché with his kidnapper and rapist, 25-year-old Jeff Doucet.

When he was just 11 years old, Jody Plauché made headlines across America after he was kidnapped and molested by his karate teacher. Then, Jody’s father, Gary Plauché, shot Jody’s kidnapper and rapist Jeff Doucet at Baton Rouge Airport in Louisiana. Doucet died and Gary became a hero, but the lingering trauma for Jody Plauché didn’t end with the shooting.

As a boy in Doucet’s karate class, Jody Plauché initially saw his twenty-something instructor as a “best friend.” When Doucet started to abuse him, he stayed quiet to avoid upsetting his parents or getting Doucet in trouble. And when Doucet suggested they go to California, Plauché agreed to the plan.

But authorities quickly tracked Plauché and his kidnapper down. And when they brought Doucet home to Louisiana to face justice, Plauché’s furious father Gary Plauché was waiting at the airport with a gun.

Since then, Jody Plauché has worked hard to process what happened — and forgive his father. He detailed his experiences in his 2019 book, “Why, Gary, Why?”: The Jody Plauché Story, and speaks out often about how parents can detect potential abusers. This is his story.

The Horrific Abuse Of Jody Plauché 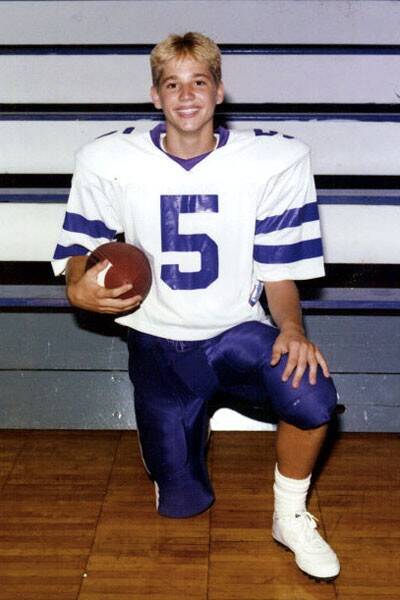 Jody PlauchéJody Plauché was 11 when his karate instruction kidnapped him to California.

Born on April 27, 1972, Jody Plauché grew up in Baton Rouge, Louisiana, with his parents, Gary and June, and three siblings. In 1983, when Jody was around 10, his parents enrolled him and his brothers in a Hapkido class run by an ex-Marine named Jeff Doucet.

At first, Doucet seemed to be a blessing. According to the Washington Post, he whipped the Plauché boys into shape. Under his tutelage, Jody even won a trophy at the Fort Worth Pro-Am.

“He’s all of our best friend,” Plauché told a local newspaper at the time.

But Doucet had started to pay an inordinate amount of attention to Jody Plauché. One day, he offered to teach Plauché how to drive a car. And once Plauché was perched on Doucet’s knees, the then 10-year-old felt his karate teacher’s hands on his lap.

“I’m thinking, ‘What’s going on here? Maybe it’s an accident?'” Plauché said. “So I didn’t say anything. But now I know he was testing the boundaries. Textbook pedophilia. They all test boundaries.”

“I think one of the things people really don’t understand is why I didn’t tell,” he said. “One, I was 10. Two, what was happening I knew would upset my parents. Three, at the time, I didn’t want him to get in trouble. It was easier for me to keep quiet and shut up than to upset everybody.”

Then, in February 1984, Jeff Doucet brought his abuse of Jody to another level. According to the Washington Post, he asked the 11-year-old if he wanted to go to California. Plauché said yes, and Doucet put his plan to kidnap his karate student into action.

On Feb. 19, 1984, Jeff Doucet picked up Jody Plauché from his house in Baton Rouge. He told Plauché’s mother, June, that he wanted to show the 11-year-old some carpet he was laying and that they’d be back in 15 minutes.

Instead, Doucet took Jody on a bus bound for Los Angeles. Doucet shaved his beard and dyed Plauché’s blond hair black. Then he checked them both into a motel, where he proceeded to molest and rape Jody Plauché.

“I left a lot of stuff out,” Plauché told the Advocate of the book he published in 2019 about his experience, “Why, Gary, Why?”: The Jody Plauché Story.

“My mother was, like, ‘Why don’t you put more details in there?’ I have to dance a fine line between triggering a victim who might be reading the book and having to put the book down, and a pedophile reading the book like Penthouse Forum: ‘Oh, this is great.’ I didn’t need to go into explicit details or the grossest, nasty stuff. It’s enough that you get the point.”

For 10 harrowing days after the kidnapping, Jody Plauché’s parents searched desperately for their missing son. But when Doucet allowed Plauché to call them from Anaheim, California, police were able to trace the call — and bring Jody home.

“We didn’t know what to do,” Jody Plauché’s father, Gary, told local news upon his son’s return. “You just feel helpless.” 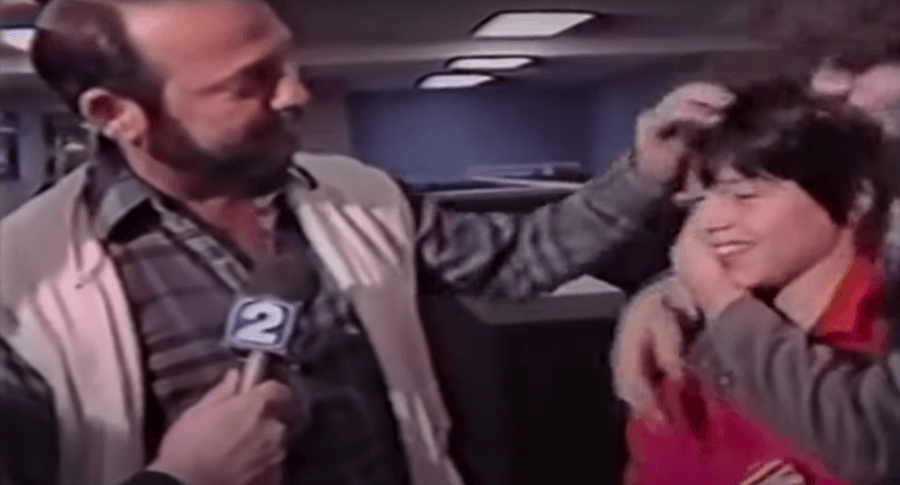 YouTubeJody Plauché with his parents, Gary and June, at the airport after his rescue.

But Gary Plauché knew what he wanted to do. As he heard more and more reports that Doucet had sexually abused his son — a fact confirmed by a rape test — he became determined to take revenge.

According to the Washington Post, Gary was having a drink at a bar called The Cotton Club on March 16, 1984, when he overheard a local news executive say that Jeff Doucet would arrive in Baton Rouge that night. When the executive mentioned the exact time — 9:08 p.m. — Gary made a beeline for the Baton Rouge airport.

“My dad went to the airport figuring he was going to die,” Jody Plauché later told ESPN. “He said either Jeff or him was gonna die that night.”

Gary Plauché waited by a line of pay phones with a .38 tucked into his boot. As Jeff Doucet’s plane landed, he called a friend and told them what he was about to do. “Here he comes,” Gary said. “You’re about to hear a shot.”

Not only did the friend hear the shot, but many people in Baton Rouge saw it. As cameras rolled, capturing Doucet’s arrival, Jody’s father sprang from his position by the phone booths and shot his son’s rapist in the head. Mike Barnett, the sheriff’s deputy, leapt at Gary and pinned him to the wall.

“Why, Gary, why’d you do it?” Barnett shouted as Doucet lay bleeding on the airport carpets.

“If somebody did it to your kid, you’d do it, too!” Plauché cried. 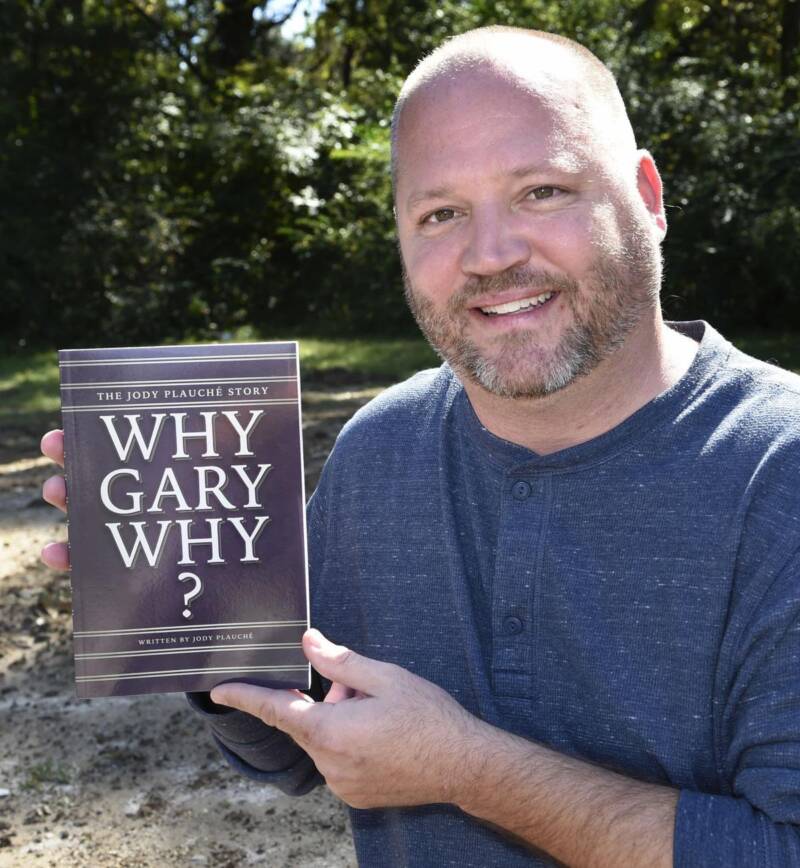 In the aftermath of Jeff Doucet’s death, Jody Plauché struggled to forgive his father for what he had done.

“After the shooting happened, I was very upset with what my father did,” he told the Advocate. “I did not want Jeff killed. I felt like he was going to go to jail, and that was enough for me.”

Other people in Baton Rouge were quicker to forgive Gary Plauché, however.

“I’d a shot him, too, if he done what they say he done to my boys,” Linda Boyd, an airport bartender, told the Washington Post about two weeks after the shooting. “Only I’d a gut-shot him three or four times and he’d a suffered before he died.”

Indeed, a judge found that Gary Plauché was not a threat to the community and sentenced him to seven years on a suspended sentence, five years probation, and 300 hours of community service.

Eventually, Jody Plauché says, he came to forgive his father — who died in 2014 — too. “I was able to work through it and eventually accept my dad back in my life, and we kind of went back to normal,” he explained to the Advocate.

To ESPN he added, “It’s not right to take someone’s life, but when someone’s that bad a person, it doesn’t bother you much in the long run.”

Jody Plauché went on to attend Louisiana State University, where, according to his website, he started a lifelong pursuit of activism. At LSU, he served on the executive board for Men Against Violence; upon graduation, he worked at the Victim Services Center of Montgomery County as a sexual assault counselor.

And as an adult, Plauché also has also spoken out about how parents can protect their children from abusers like Jeff Doucet.

“If someone wants to spend more time with your kids than you do, that’s a red flag,” he told the Advocate.

That’s one reason why Jody Plauché wrote his book. “I wanted to give victims hope,” he said. “I wanted to give parents knowledge, and I wanted outsiders to get a general understanding about sexual violence and sexual abuse … I’ve had parents message me and say, ‘I just finished your book. I learned so much.”

After reading about Jody Plauché and his vigilante father, discover the tragic story of Alison Parker, the journalist killed on live TV. Or, see how Betty Broderick shot and killed her ex-husband and his new wife.