The land formerly belonged to a Black church. When the church was sold in 1955, most of its graves were moved but residents always said dozens of unmarked graves had been left behind. 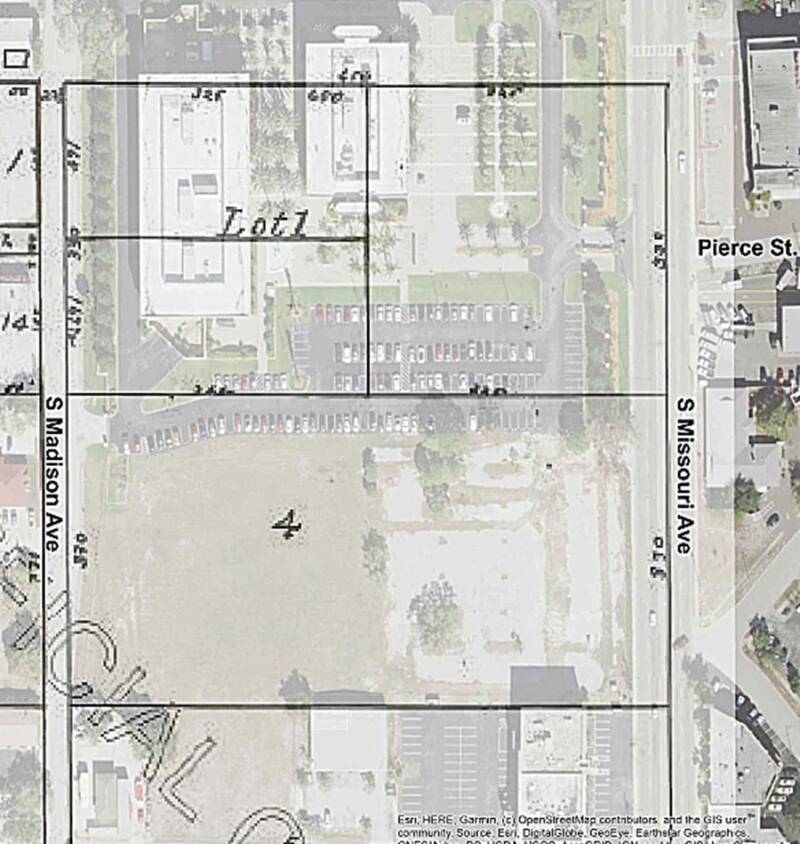 Archaeologists have detected 70 possible graves underneath the parking lot where a cemetery once stood in what was Clearwater Heights, an African American community in Florida. The discovery marks the fourth time in the last year that graves from a lost Tampa Bay area cemetery have been detected by investigators.

The site was previously where the St. Matthew Missionary Baptist Church established its cemetery which housed the graves of the neighborhood’s black residents. But the church could no longer afford to keep the property. After the cemetery site was sold, most of the graves were moved to another cemetery in nearby Dunedin.

However, it was long rumored that an unknown number of bodies were left behind because many graves in the St. Matthew cemetery were unmarked.

The black neighborhood of Clearwater Heights was first established in the early 1900s. The neighborhood’s former bounds stretched between Cleveland Street, Court Street, Missouri Avenue, and Ewing Avenue. The cemetery was created by the St. Matthews Baptist Church in 1909. 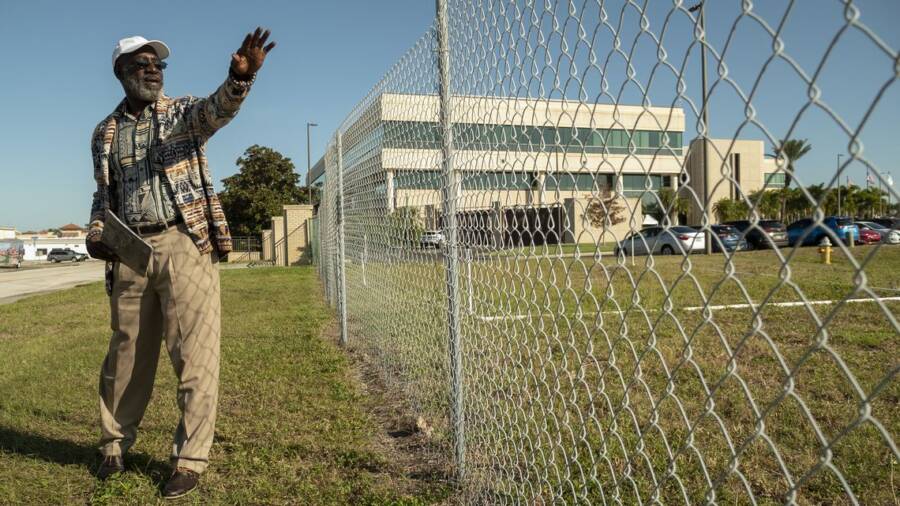 James Borchuck/Tampa Bay TimesFormer Clearwater Heights resident Muhammad Abdur-Rahim, like most former residents of the black neighborhood, remembered stories about the lost bodies of the cemetery.

In 1955, the church sold the land for $15,000. The cemetery was already at full-capacity, but the church managed to sell the property to a group of real estate owners who also owned Parklawn Memorial Cemetery for African Americans in Dunedin.

According to former Clearwater Heights residents, the new owners moved the bodies at the church cemetery to the one in Dunedin. But the unmarked graves were likely left behind during the transition and, by the 1980s, Clearwater Heights no longer existed.

Still, the unresolved issue of the lost black graves stayed with former residents.

“When I was growing up, people were always talking about the graves,” recalled Barbara Sorey-Love, who founded the Clearwater Heights Reunion Committee and grew up in Clearwater Heights. “It was part of our history that has finally been confirmed.”

Excavations to retrieve the possible graves have not been carried out so experts are unable to fully confirm what they detected were graves. But Jeff Moates of the Florida Public Archaeology Network who led the survey, said that “The likelihood is very, very, very high.”

The archaeology team has only examined a fifth of the two-and-a-half acres of land — now covered by a paved parking lot — so there could very well be more than 70 graves at the site.

The property went through multiple changes in ownership following its sale by the church. By the early 2000s, it was the site of a new campus building built by IMR Global, which was then purchased by the FrankCrum company, whose company has occupied the property since. 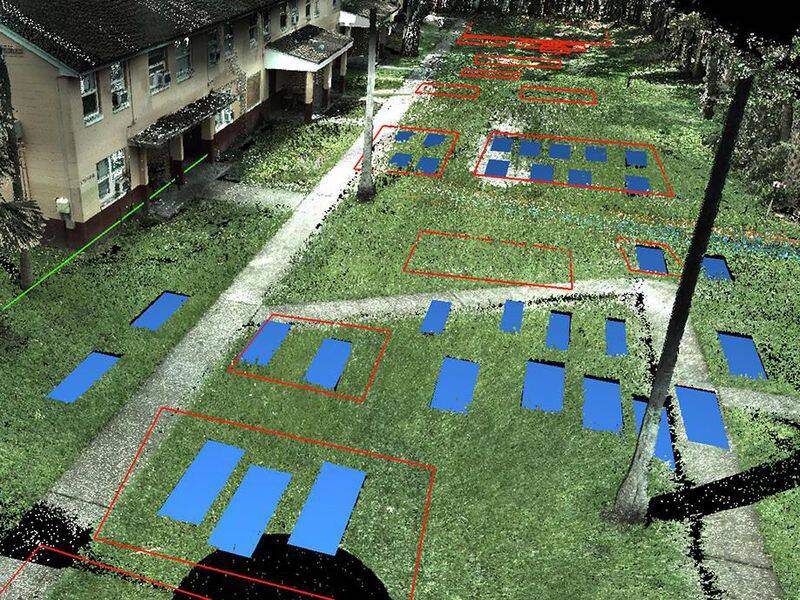 University of South Florida3D scan of another location of unmarked black graves that was rediscovered around Tampa.

Zebbie Atkinson IV, president of the Clearwater/Upper Pinellas chapter of the NAACP, said the company had not been aware of the site’s history and has been supportive of the investigation into the missing graves.

The discovery is just the latest in a series of missing African American gravesites in the area that have recently been found. First, 145 graves were found on the campus of Tampa’s King High School in 2019.

Separately, 44 more graves from an unnamed early-20th century all-black cemetery were found on an empty lot now owned by the Pinellas County School District. Similar to the St. Matthew cemetery, that burial site was moved to Parklawn in the 1950s, but unmarked graves were left behind.

The most famous case of missing black graves are perhaps the unmarked burials of the victims of the Tulsa Race Massacre in 1921 which historians estimate 300 black people were killed.

There are growing efforts by community advocates and lawmakers to search for black graves that have become lost across the country due to America’s long history of racism against African Americans. In February 2019, Congressional lawmakers introduced the African-American Burial Grounds Network Act to create a national database of historic black cemeteries under the National Park Service.

“The truth has come out,” Muhammad Abdur-Rahim, a former resident of Clearwater Heights, said. “We have had this mystery for years. Now we can move on to properly memorialize those who were left behind.”

Next, meet Hattie McDaniel, the first black person to win an Oscar in Jim Crow America. Then, learn about Bessie Stringfield, the black motorcycle queen who rode against prejudice.